Q: [400 word question about views on music and it having a metaphysical essence, other than merely being a sound calculus, governed﻿ by vertical and linear rules of coherence] 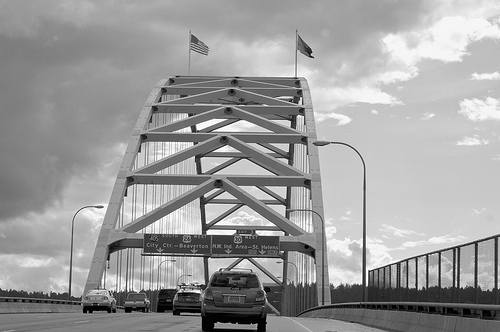 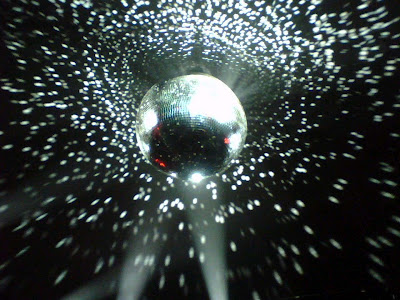 "The orchestral sound relies heavily on strings and horns playing linear phrases, in unison with the soaring, often reverberated vocals or playing instrumental fills, while electric pianos and chicken-scratch guitars create the background 'pad' sound defining the harmony progression."
- posted by cjb @ 7:41 AM

"The kind of learning ordinary people get from talking in the kitchen on winter evenings..."  (Ursula K. Le Guin, "Afterword to Tehanu")
- posted by cjb @ 7:33 AM 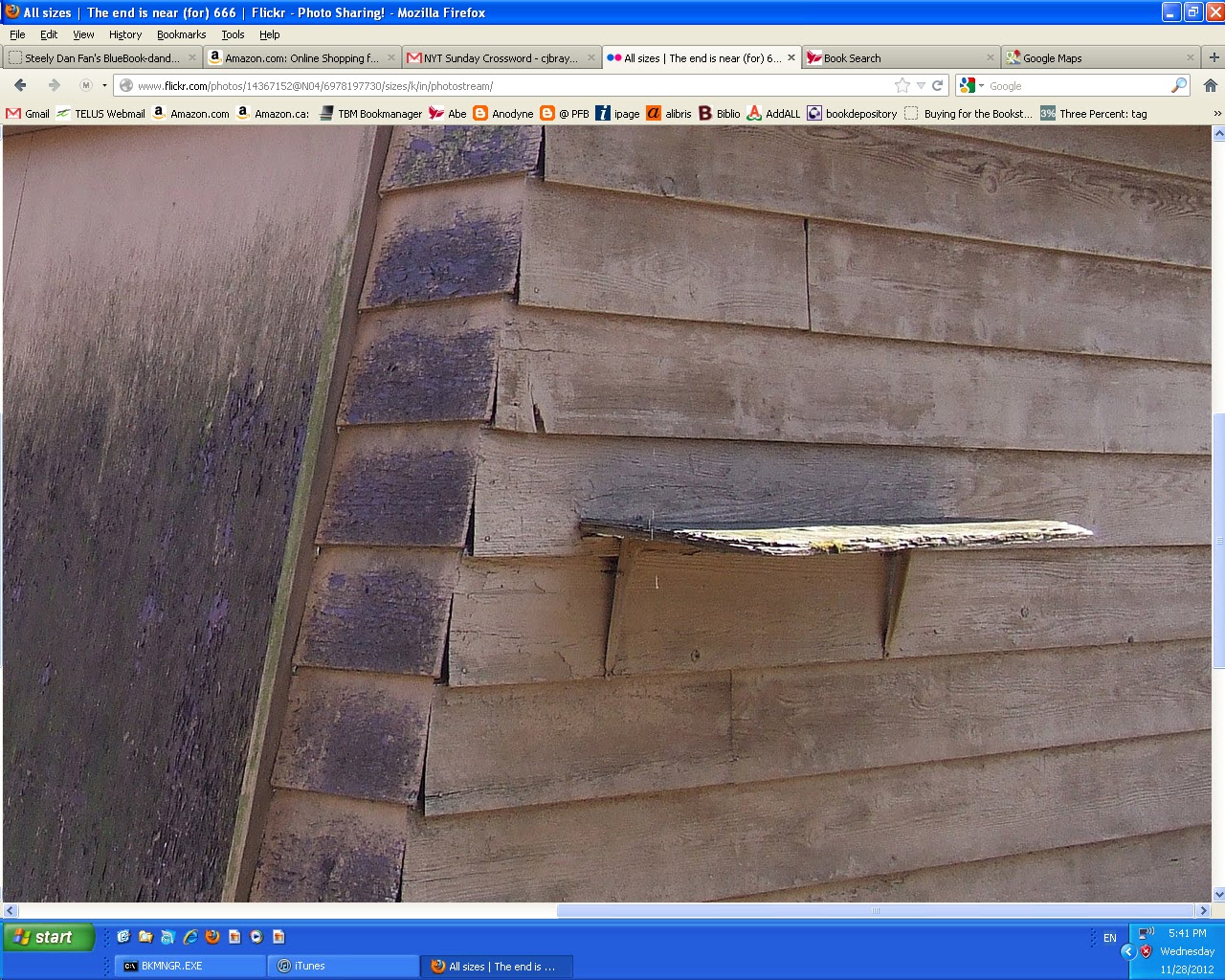 Screen grab.  Forensic analysis; foreshadowing.  Or, as L. would say, only half-joking, three of my five topics of conversation on display simultaneously.  Thanks to L., Steven Tong, and Keith Freeman for their kind assistance with this particular game of solitaire/close reading, about a "NYT Sunday Times Crossword" level of difficulty.  For the record: YVR; lane behind secondary north/south street; mixed neighborhood of older and more modern homes.  Next step is to drop by and have a look around, to see what else I might find there.

I like that decrepit shelf; it makes me wonder what it once supported, and reminds me of the handmade, gently run-down mailboxes and newspaper tubes that line the rail leading down to the public dock at Eagle Harbour.  Maybe a good photograph would overlap, or reflect on, those otherwise disparate things.
- posted by cjb @ 5:49 PM

This guy, on an NYT comments thread, speaks my language:

"Amazon pricing is based on analytics and not set individually. The base is a percentage of retail with additional math based on margin from individual publishers. Pricing is also dependent on metadata and has been subject to major errors such as 2010's comic fiasco (http://aol.it/UxHNFV). On top of that you have publisher initiated price promotions funded by coop. Lastly and the Octavio Paz example may also have been impacted by some stock balancing by in place markdown.

Amazon is pricing to manage the cash flow of its book sales as a total aggregate rather than individual sales. On average Amazon purchases are more than one book. If they sell an Octavio Paz book for less than cost the likelihood that that same reader will add a second title and a better higher retail and better margin that they wouldn't have bought otherwise. Looking at individual titles cost or discount means little here. Amazon is looking at the total volume of transactions and constantly tweaking the formula to manipulate transaction completion rates and average skus per order. Individual book margin is a print publishing metric and not really pertinent to high volume online retailing.

Pricing to Amazon is like mortgage derivatives to a Hedge Fund manager."
- posted by cjb @ 1:55 PM


Relevant to my interests from 1:35-on.  The organic connections between place-finding, Street View, photocollage and rephotography seem obvious.  Also the question of bringing pets along on a shoot, though Rose T. and Scat are definitively less trouble than Hockney's dachshunds.
- posted by cjb @ 9:35 AM
Tuesday, November 27, 2012 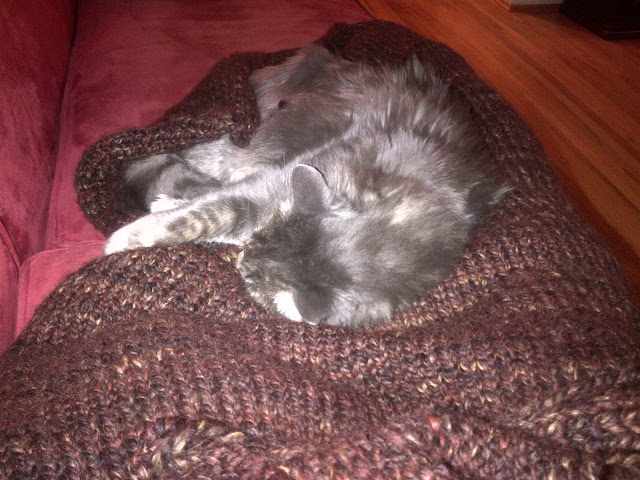 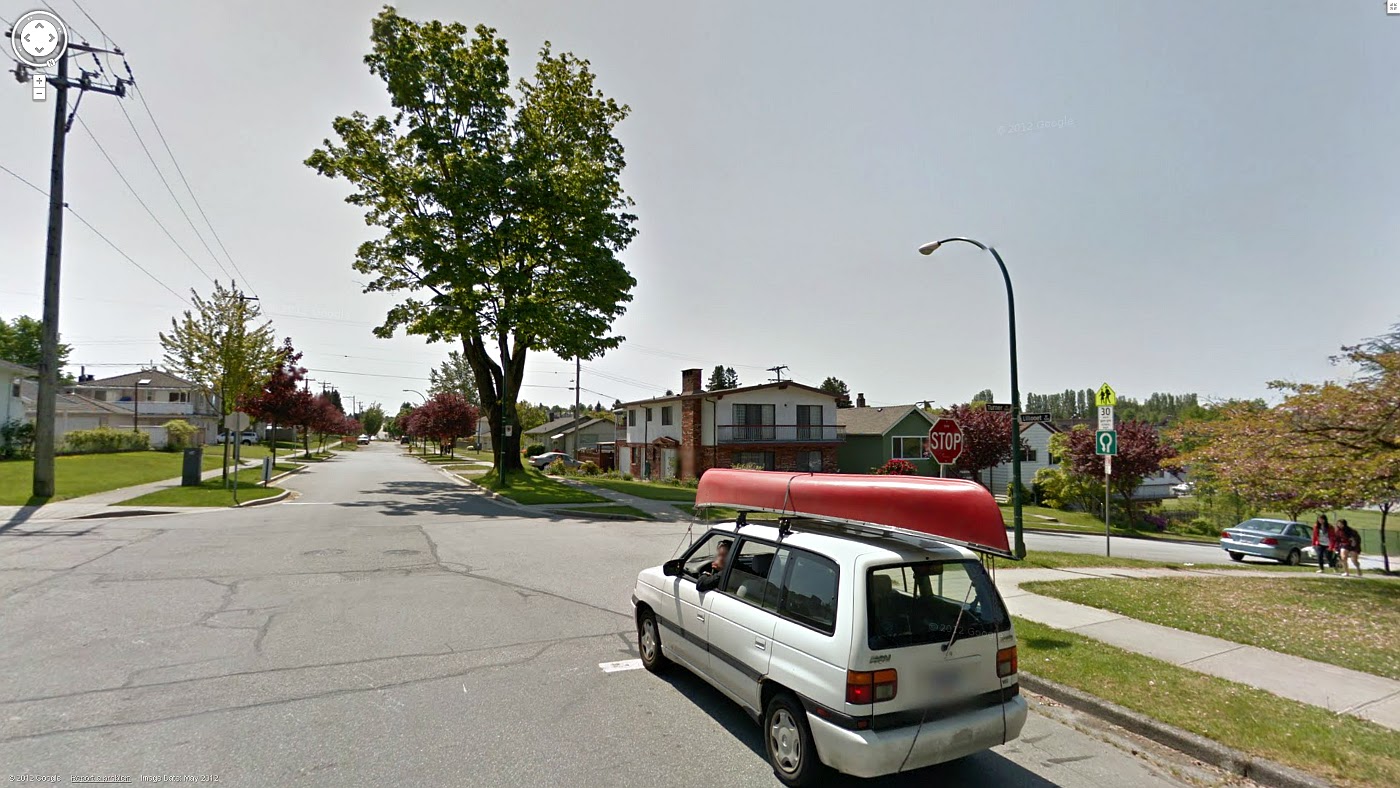 Not a legitimate subject by the strict rules of this odd game of solitaire-cum-close reading, but distinctive enough to make me curious.

Probably, but not definitively, Vancouver.  (The catalog raisonne lists a 1989 work as being photographed in "Vancouver" -- actually Burnaby -- and Jean-Francois Chevrier, in an essay in the same volume, refers to Vancouver as the "capital of British Columbia," so I take European geographical attributions with a shaker of salt).

A paved lane behind a secondary north-south street.  Lane because of the architectural subject; the back yards; the distinctive shift in blacktop in the foreground.

A certain elevation, just below the crest of a ridge or hill. 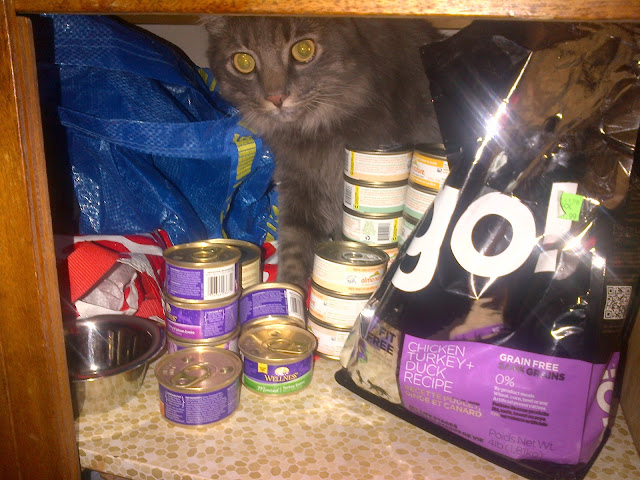 One of the best live recordings of the modern Duke Ellington Orchestra incarnation of the band, and I've heard a lot of them.
- posted by cjb @ 10:33 AM

Confessions of a Side Man

"Since Steely Dan’s (and Donald’s) records always sound so perfectly recorded, I assumed the session would be at a top studio like Avatar or MSR or perhaps some secret, exclusive facility known only to the musical Illuminati.  But when I rode my bike up to the address I had been given, I found myself in front of [a] non-descript brownstone on a side street of the Upper Westside.

I tentatively buzzed the apartment number and was let into a crowded, messy law office in the first floor apartment where a bearded man sat busily shuffling through a sea of papers.

'Uhm… I’m here for the recording session?….' I ventured.

'Right down stairs,' he replied, hardly looking up. It turns out that the studio belonged to this lawyer, an old friend of Donald. This was clearly not a conventional 'professional recording studio,' and I’m certain it hadn’t being used for any other projects for quite a while. Since I assume Donald could afford to record at any top studio, I suspect he chose this alternative in order to have access to the studio any time of day or night, without the hassles of reserving time and all the other formalities involved with pro studios.

Down the narrow staircase was a long, windowless basement room. Picture an Egyptian burial chamber, filled not with sarcophagi, royal hardware and statues of gods, but with dust-covered synth keyboards from the 70’s and 80’s, old PA equipment, and semi-dismantled marching band instruments — a sort of a musical 'Island of Unloved Toys.' At one end, nearly buried in electronic musical relics, was an impressive 9’ grand piano. (I’m sure that the quality of the piano also figured in Donald’s choice of the place).

At the opposite side of the room from the piano was a very compact but well-appointed control room. I wish I could remember the gear that was used, but… I can’t. I do know that Michael brought in his own board, gear and monitors for the session.

In a clearing among the DX 7s, Oberheims and Prophets was Michael Leonhart, diligently setting up a sweet vintage Neumann for the harp, I believe it was U67 or a U47; both great mics for chromatic harmonica. As Michael and I were greeting each other, the door opened and Donald entered, somehow holding Michael’s Dachshund Normyn in his arms, while balancing two Grande Lattes, various bagels and other goodies and holding the door open with his shoulder."
- posted by cjb @ 10:26 AM