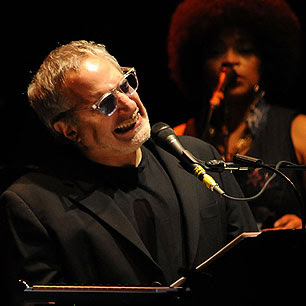 "The trio is still crafting the set list, but Fagen says he plans to play the Grateful Dead's Shakedown Street and the Band's King Harvest, while Scaggs will cover Chuck Berry and McDonald will do Ray Charles numbers as well as hits from his solo and Doobie Brothers catalogs. 'I think I might also do I.G.Y. [!!!] and some other stuff from my solo records,' says Fagen, 'because I go out every summer doing Steely Dan. The show should move pretty fast. We'll do one or two songs apiece and then someone else will do something.' He says they're considering breaking out some duets, as well."
- posted by cjb @ 3:09 PM
Tuesday, June 22, 2010 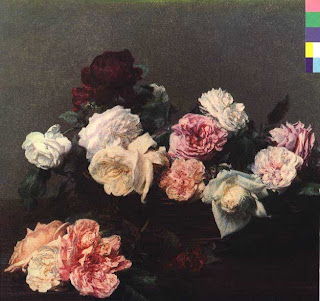 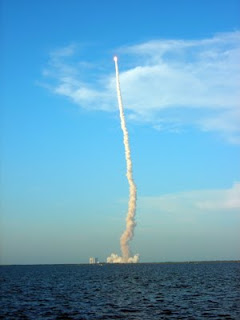 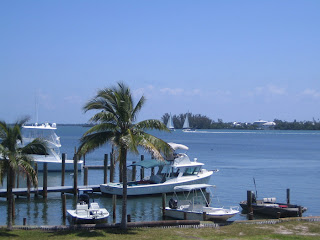 A great late birthday present: video of Donald Fagen's induction, on June 15th, into the ASCAP Jazz Hall of Fame. Long acoustic performance, with lots of improvisation, of an obscure track from Kamarkiriad, and a short autobiographical speech.
- posted by cjb @ 1:46 PM
Sunday, June 20, 2010

Q: What about morels? Aren't they a bourgeois ingredient?

A: No, 'cause they're easily foraged from the local landscape (I once found a whole bunch growing in a vacant lot beside the American Hotel down on Main) and because even if you have to purchase them they are mostly air; despite being $22-$28 a pound, seventy-five cents' worth was more than enough for the eggs.
- posted by cjb @ 2:39 PM

Questions for the readership:

What does it mean, today, to "submit an artwork to judgment"? What constitutes judgment? Whose judgment? Surely not only my own? When I asked Peter Schjeldahl a variation on this question last year he said, in effect, you're thinking too much. Just make your work. The work will instruct you. Which is fine as far as it goes, but it would be nice to see the works (which are not only arrangements of pixels, but also physical objects) out in the world, where strangers could see them, and shit-talk them.

(Remembering everyone who ever mailed a "submission package" into the VAG's curatorial department -- slide set; CV; statement -- in the hope of getting a show, who would probably have been better advised to buy a LottoMax ticket)
- posted by cjb @ 10:42 AM

Simple; seasonal; fast. French-inflected. Explicable in shorthand English. My photographs are made with consumer-grade digital cameras and presented tacked to the wall, or in simple, inexpensive wooden frames. So: no bourgeois ingredients (no foie, no lobster, no caviar). These ingredients arrive dragging a train of historical baggage behind them, just like bronze and transmounting.

(Thinking of Bill Buford's Elisa Sarno: "Her dishes were high in protein and very salty. When making them, she got a slightly distracted look, as if a tune were playing in her head. These moments seemed important and were the only times Elisa relaxed. She didn't smile -- she never got that comfortable -- but you could tell that she was thinking of smiling.")
- posted by cjb @ 10:26 AM

Breakfast, after blood-testing the diabetic cat next door. Made from scratch (ie., not from a recipe) and delicious.

Unsalted butter in big pan. Low heat 'til the butter foams. Fennel bulb: very fine slices. The idea is to produce tiny matchsticks. Briskly whisk three eggs with a pinch of salt and combine with the fennel. Half a dozen morels, sliced into quarters. Into pan. Once the morels release their juice, add egg/fennel mixture. Stir, gently, until eggs obtain a curd-like consistency, about four minutes.

You could take this a lot of ways from here. I warmed a pita in the microwave, poured the curds on top, and added some chopped fennel fronds and fresh ground black pepper.

"Let us raise our sights, then, and try to create a new form of criticism appropriate to the talents of true culinary artists. Because we cannot avoid dealing with the question of 'beauty' -- a term that, in view of the difficulties it conceals, requires more quote marks than I have given it here -- we need to adapt aesthetic analysis to the subject at hand. Theories of beauty have been elaborated for painting, music, sculpture, and literature, which some deny is an art at all. Insofar as it concerns cooking, aesthetic theory is not so much backward as absent. . . ."
- posted by cjb @ 10:11 AM