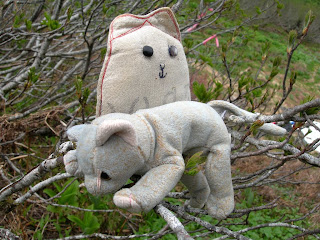 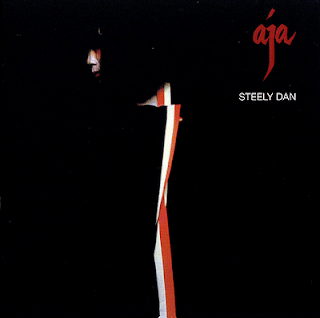 Via the Blue Book:

"So it's the end of the Boston show, and I'm waiting for the crowd to thin a bit, I'm standing by the t-shirt shed. Young couple goes by me, the girl holding an Aja shirt. And I hear her say as they pass, 'What does A-J-A stand for?''"
- posted by cjb @ 7:28 PM 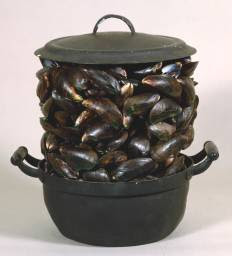 Still picking devil's club spines from the pads of my fingers. Still recovering (shakily) from Habit Lounge's big bowl of stale toast and metallic-tasting mussels that made a violent return trip right at midnight, much to my cab driver's resigned embarassment. 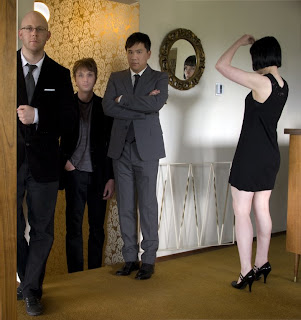 My pal Vanessa Sorensen (right) reminds all Anodyne regulars that her band, Call The City (above) is playing the recently cleaned-up Biltmore Cabaret (Kingsway @ 12th) tonight in honor of the release of their first CD-EP. $10 cover, free CDs to the first 25 bodies through the door. 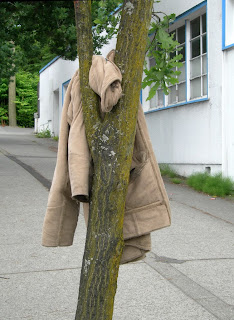 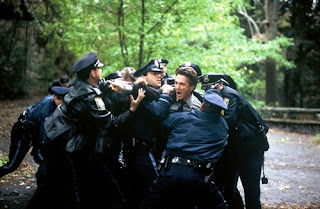 Clint Eastwood's Mystic River (2003), based upon Dennis Lehane's excellent novel. Cinematography by Tom Stern. A pallette of cool colors, mostly greens and blues, backgrounds almost always washed or blown out (as above). A grainy texture to the close-up shots that I assocate with some of Stephen Waddell's better photographs; the sense of the picture as alive, swarming with motion. A "molecular energy" that acknowledges the image surface's mediating presence, its non-transparency, what Fried might call its "facingness." Two shots in particular: Sean Penn speaking, backlit by an open window, while a breeze stirs white curtains behind him with red printed roses down their edges, and Penn dictating his daughter's obituary as he stands above her in the funeral home's basement, his face and upper torso (barely) in focus; everything else skewed into bright smears and sprays of light, like Ben Reeves' golfing Smoker (thumbnail on p.2 of the link).
- posted by cjb @ 12:24 PM
Tuesday, June 24, 2008 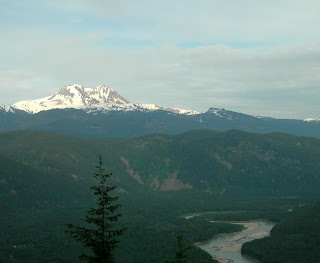 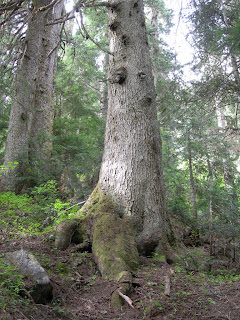 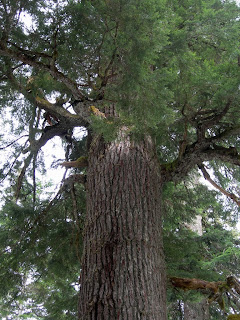 Mountain hemlock snag, Sigurd Creek Valley, British Columbia. This 12' diameter tree is only about 40' tall, its crown having snapped off in a violent winter windstorm, but still very much alive. The tree has responded to its premature decapitation by throwing out numerous side branches, which surround it in a sizzling green cloud. 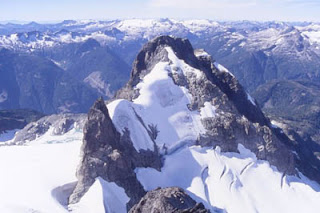