A saxophone player has just finished playing in a tiny club and is sitting at the edge of the stage cleaning his sax. He is just about to put it back in its battered case when a striking young woman in a black sweater, tweed skirt, pearls, a beret and ballet flats walks over to him. "I hope you don't mind me bothering you," she says. He looks up but continues snapping the case shut. "I've been a jazz fan ever since I was a little girl," she goes on, "and the tenor is my favorite instrument." "Who's your favorite player ?" he says, testing her. "Well until tonight I would have said Sonny or Dexter," she says. "What do you mean?" "Well the way you played tonight was the best I've ever heard, on record or off." He's not sure if she's kidding. "And a man with a gift like yours should get more at the end of the evening than a spit valve and a subway ride home." He looks up again. "I would like to take to my apartment three blocks from here and give you the night of love a genius deserves. Certain skills taught to me by the nuns in the convent where I grew up enable me to give pleasure in ways almost beyond imagining, and I would like to use all of them on you. Let's go." She reaches out her pale hand to his shoulder. He puts his own hand on hers. "Before we go," he says, "I just have to know one thing--were you here for the first or second set?"
- posted by cjb @ 12:39 PM
Friday, September 28, 2007

Q: What's the difference between a large pizza and a musician?

And yet more, via Jamie Tolagson:

"Two drummer jokes, supposedly told by Sting at the height of the infamous Sting/Stewart Copeland feud (circa 1982):

Q: How can you tell when a drummer is knocking at your door?

A: The knock speeds up.


Q: What has three legs and a cunt?

And another, an oldie but a goodie, courtesy Constant Reader Rolf Maurer:

Q: What do you call a drummer who's just split up with his girlfriend?

More musician jokes, 'cause the readership keeps telling them to me:

Q: What do you call a beautiful woman on a banjo player's arm?


Q: How do you get a drummer off your porch?

A: Pay him for the pizza.


Q: What's the difference between a viola and an onion? 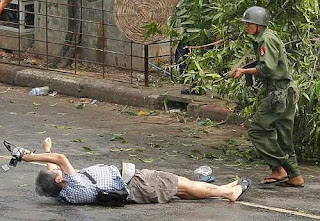 "'As a neighbor, China is extremely concerned about the situation in Myanmar,' the Foreign Ministry spokeswoman, Jiang Yu, said at a news briefing in Beijing. 'China hopes that all parties in Myanmar exercise restraint and properly handle the current issue so as to ensure the situation there does not escalate and get complicated.'" 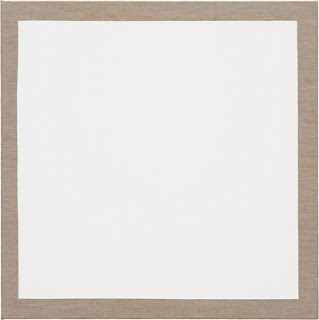 From downunder: Jazz Champions Deliver, on the last night of the 2007 Heavy Rollers Tour

"After about an hour things started to stretch out, on Green Earrings and then Black Friday, and then a very funky Kid Charlemagne, and you could hear how the influence of this New York band of the '70s and '80s still comes through loud and clear today. . . ."
- posted by cjb @ 8:24 PM
Sunday, September 23, 2007

Steph Abegg climbs the classic Northeast Buttress of Mt. Slesse, and brings back some amazing photographs
- posted by cjb @ 11:56 AM