Harvesting slugs is less hunting than gathering, and hardly bears mentioning, but here is what you do: The morning after a good rain, peek beneath the leaves, bricks, and wooden planks of a friend's garden and drop the slugs you find into any nonmetallic container. Allow them to fast for a couple of days, then feed them on sage or other savory leaves. Wash away the mucus—saltwater baths help—and sauté them in butter and garlic, like escargot. They are chewy."
- posted by cjb @ 6:41 PM 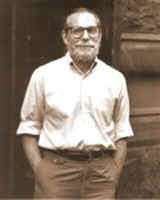 Pete sends along this short, thoughtful assessment of consummate New Yorker writer John McPhee, lately improving, like his compatriot Alice Munro, from a good writer into a truly great one. McPhee's latest piece, an experimentally structured profile of his old editor William Shawn, kept me occupied on the ferries to and from Powell River; I'd laugh out loud; K. would ask, "What's so funny?"; I'd pass the magazine over; she'd guffaw; back the magazine would come & etc.

McPhee's best line, ever: his likening, in the Shawn piece, of durian to a "fecal tiramisu."

"[I]t’s not just McPhee’s indefatigable curiosity about seemingly everything -- exotic cars, cattle branding in Nevada, lobsters and how UPS plants in the east ship them -- that makes his writing so incredible. It’s that, at a sentence level, his is among the most pure writing in the language. I hesitate to use the term pure, just because its too loaded, carries so much baggage. The sensation most akin to reading John McPhee’s sentences is experiencing incredibly clear, clean water, and for the life of me I haven’t been able to nail it down much more clearly than that. I don’t know if it matters whether it’s like drinking the water, or letting it run over your hands, but there’s a cleanliness to his prose that’s almost startling."
- posted by cjb @ 6:20 PM 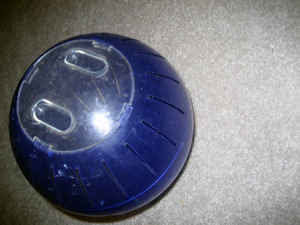 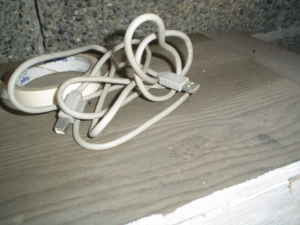 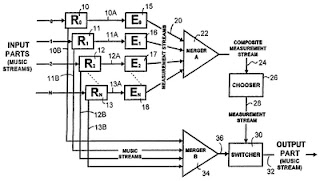 Something I Can Dance To, A Song With Tears in It

To work under locked-down grey sky, cool wind, leaves skittering off the trees. Violin, handclaps. Dodge around the delivery guy unloading red plastic pallets of Pepsi and Sprite from the truck blocking the alley. "Assume Andrew splits his consumption between Pepsi and pizza, and that both are normal goods. Derive his rate of marginal substitution from the graph for the preference curves P and P1. Show your equations." No NYT in the rack. On down to the bus, and poor Skip Sands, shipped all over hell's half acre by his unhinged uncle, with his Psy Ops cardfiles full of Vietnamese monsters and fairytales. Work's blown ballast, wires dangling down, weird shadows from a temporary tube lodged sideways on top of the mass market mysteries. Nineteen boxes that just cleared the customs broker stacked in the front room by the plastic rat family, another half dozen boxes concealing Fred, the potted plant we rescued from the garbage can by the bus stop in the summer of 2005. Relentless anthropomorphisation! Animism, baby. And the reflex condescension of a "creative" young person exquisitely attuned to the minutia of his own subjectivity.
- posted by cjb @ 9:47 PM
Tuesday, September 11, 2007

Just back from two days of twenty seven degree smoky Seattle sunshine. Highlights from among the thirty-odd books meant for me and not the shop: