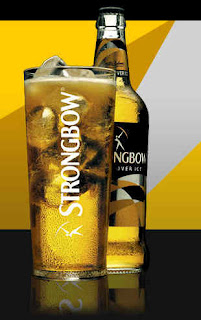 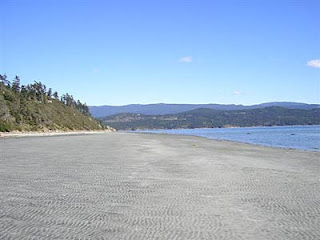 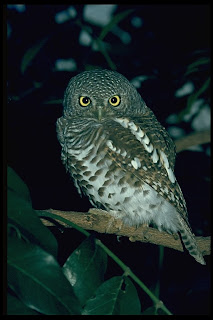 "I'm Embarrassed to Say That I Mis-read the Title." 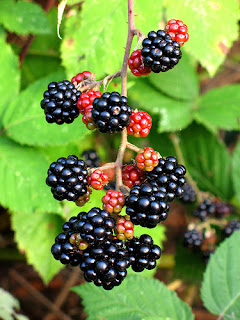 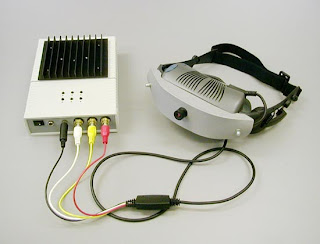 "Russian artists from Moscow presented in London the totally useless but somehow cool device -- goggles that you can put on and feel yourself like a robot from a Terminator movie or like somebody else from 'the cyberspace.'"

RIP: Norm "Froggyman" Billion, Amazon penny book seller extraordinaire. Close to seven feet tall. Alternately bald, or with dreadlocks down to his ass. Not someone I'd ever want to work for, but one of the most amusing people I've ever met. Norm's oversized plans -- for world penny book domination; for a national chain of bookstores, supplied by railcars out of Abbotsford HQ; for better, faster Amazon price-altering software and for an endless succession of unheated industrial warehouses stacked floor to ceiling with mass market paperbacks -- often conflicted with reality, sometimes violently, but I always came away from my visits to Froggyman HQ alternately smiling and shaking my head. Norm's endless enthusiasm -- and boundless optimism in technology and capitalism's ability to make his Paul Bunyan-style plans a reality -- strangely moved me; I saw in them more than a passing resemblance to my own.

I can easily picture Norm in Purgatory, hustling up a few souls who'll work cheap, a spare tractor-trailer, a cut-rent industrial warehouse, and the local church and service-club sales. "Got anything left? I'll take 'em all!"

Norm's obituary, from the Abbotsford News:

Passed away August 24, 2007 in a tragic motorcycle accident while living in Abbotsford, British Columbia. He was born in Floriana, Malta on April 5, 1962 and afterwards grew up in Windsor, Ontario. Norm's passing is a huge loss to those who knew and loved him. He was young at heart and full of character. He will be especially missed by his daughter Amanda. He will also be missed by his parents Patricia and Joseph Billion, brothers Chris and Steven and sister Juliette, as well as other family and friends. He was a great father, brother and son."
- posted by cjb @ 5:49 PM

I think this is the last piece I am ever going to write to a deadline, and probably my last piece of "periodical criticism" ever. I keep reading it over and thinking, a/ this is not expressed very clearly, and, b/ the "insights" are neither insightful or clever, just a stale recycling of others' (better; more keenly felt) observations. It's like there's a scrim between what I intuit about [CONTEMPORARY ARTIST]'s work and any capacity to express that intuition in language. The old case of the middle-aged white guy with no sense of rhythm, timing, or pitch. All the sentences come out just fine, but the thing don't swing. D-E-A-D, like that mangy bearhide in the garage that gran-dad shot and tanned.
- posted by cjb @ 4:47 PM

Back from the scenic upper southwest coast and straight into Retail Hell. Thousands of lost-looking first year university students armed with reading lists or the manky out-of-date textbooks that the university bookstore buyback service wouldn't take. Eighteen year old girl who wants to know where the "books by Jane Eyre are." Health care professionals-to-be who don't understand why we don't have a used copy of the latest edition of the $275 nursing textbook they need for school. Guy who prefaces his request for Martel's Life of Pi with, "I know you won't have this, but. . . ." (For non-Canadian readers, this is a bit like assuming that 7-11 will be out of Wonder Bread or eggs). And colossal dickheads like the following:

CJB: Well, we do see that stuff, but it's pretty scarce.

PH: Not in Japan!

And, less than thirty seconds later: