When I return, there is no returning. Some crucial few square blocks are simply gone. Altered beyond recognition. Only the febrile tackiness of Yonge below Bloor preserves something of my past, and I invariably find myself walking there, considering how the cheap, flashy goods of the 21st century resemble the cheap flashy goods of the 20th. An immortality of battery-operated plastic crap, the business of its retail sheltering the actual texture of the gone world, these queer old buildings unnoticed above the lights and bright laminates and shining tat: weird Masonic dreams, blackened finials carved like chess pieces. Under a fresh fall of snow their former gaslight solidity can loom, breathtakingly peculiar, like Castle Gormenghast held overhead, at bay, by sex shops and knockoff sneakers. To the extent that I ever find the place my memory tries to take me to, in Toronto, I find it there."
- posted by cjb @ 9:06 AM
Friday, June 01, 2007 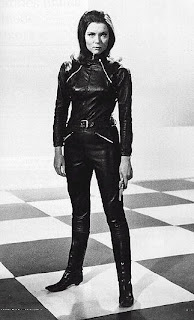 WALTER BECKER: But one time I was down at a bar in the combat zone, I had a couple of drinks and this girl came up to me and she said to me you want to come back to my place for some kinky sex? And I said yeah sure let’s go. So went down to her place. She said look let me just slip into something more comfortable. You sit down on the couch over here and she goes into the other room and she’s putting on her leather cat suit, her - you know - heating pad and her skyscraper high heels, green and leather poncho that matches her eyes, breaking out all of the cattle prods and the other animal taming tricks she has in her bag. . . .
- posted by cjb @ 8:26 PM 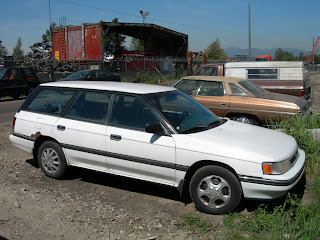 As Good as Could be Made by Art

Out to Surrey through suburban Richmond on the freeway, the green trees along the median stirred by hot wind under harsh flat blue sky. The radio, permanently parked between 1975 and 1984, plays ZZ Top, plays James Taylor, plays the Guess Who and Manfred Mann's Earth Band. Trailers whip past in the oncoming lane, sun semaphoring off of aerials and chrome. Over the muddy Fraser on the Alex Fraser, past the spot where, a year ago, the Legacy lost a wheel. Around under the bridge on River Road, site of numerous fruitless quests for a particular white farmhouse and sloping gravel driveway. On through Annieville, past shipyards, container storage parks, and deep forested ravines reserved for spawning salmon. Onto the flats and down along by the river, to park at last across from the salvage yard. Nootka roses blooming there, along the railtracks. A few last things into my backpack: the Greater Vancouver Mapbook, insurance papers, the spare key.

Inside to the office, to fill out the transfer papers and to borrow a greasy Big Gulp cup full of tools to pull the plates. A fat white china marker in the cup, too, with which I chalked a huge "K" -- Kidney Car -- on the front and back windows.

Back inside to return the tools.

Outside again, blinking in the 25 degree heat, I walked across the dusty road to make one last portrait of the Legacy. No Jeff Wall quote this time, just "straight photography." Then I hugged the car, tucked a Nootka blossom under one rusty wiper blade, and quickly walked away.
- posted by cjb @ 7:45 PM

"The best parts of Divisadero are those which involve Coop and the gamblers. The language is colloquial and hardboiled—not Elmore Leonard, exactly, but refreshingly unperfumed. 'The Deadhead, or hippie, would be the one true ally Cooper found when he arrived at Tahoe. And the thing about "the hippie" was that he seemed the healthiest person in the casino.' Raymond Chandler could have written that. Chandler could not have written, 'We have been following the river, so that now we must look on the road as a stranger. The depth of water is about twelve inches, more when the spring storms come racing at low level over the fields and leap into the trees so nests capsize and there is the crack of old branches and then silence before each plummets in their fall. The forest, Rafael says, always so full of revival and farewell.' Maybe French peasants talk that way, but it sounds a lot like literature."
- posted by cjb @ 7:31 PM

CUSTOMER: Are all your books in a database?

KITS STORE MANAGER KEITH D: 'fraid not. We take in so many, we'd be adding and subtracting all day long! Maybe I can help you, though. What're you looking for?

CUSTOMER: Where's your books that begin with, "The"?

KEITH [nonplussed, after some thought]: We actually file by the author's last name, not by title.

CUSTOMER: I don't know who wrote it!

KEITH: Well, why don't you tell me the book's title, or as much of it as you know, and I'll Google the author for you. 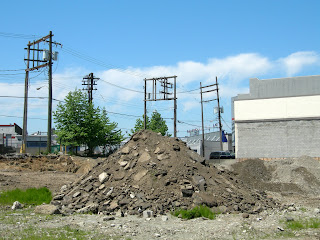 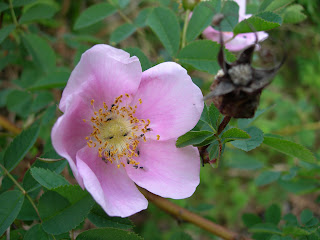 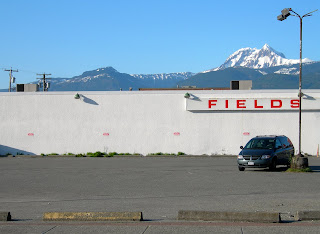 In across the desk, and promptly taken home: Wendy Walker's The Secret Service

I am a mousseline goblet, upside-down, set aside to dry, the banquet done. Some daggle-tail scrub-girl has cleansed me. I am also the lacy midinette, binding the bouquet for the courtly gentleman come to purchase camellias before the party, at my aunt's flower shop; I count the change, he glances at my petticoat, ready to turn me upside-down and ring me like a bell.

Both complex assertions are literally, manneristically, true. Polly, narrator of the moment, is shopgirl by day and mousseline goblet by night. She is a member of the Secret Service, and the 'Service' is both a government agency and a table setting. Literalizing still further, the closely observed-and-observing gentleman will in fact soon ring Polly-the-goblet like a bell.

An explanation can quickly be cobbled together from jacket-copy or contents. In an imaginary England half-Regency, half-Edwardian, a means of transforming oneself into any non-conscious object has been discovered. This would be an incalculably harmful weapon if it fell into the wrong hands, but, by definition, the English have the right hands.

The plot which necessitates the weapon's deployment is too obvious to even make for good slapstick: a shell game of infant girls which will supposedly create a scandal capable of destroying the British royal family. Only the Service stands between the kingdom and certain doom..."
- posted by cjb @ 4:09 PM