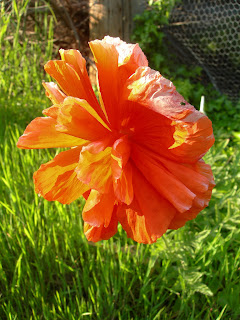 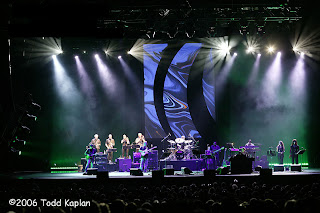 Much web discussion of the apparently disappointing 2007 Heavy Rollers tour setlist. So, here's Steely Danodyne's contribution to the burgeoning genre of "fantasy setlist," featuring a smattering of deep cuts and solo material:

[Re-edited Sunday morning in response to email from fellow Daniacs]

Brooklyn (Owes the Charmer Under Me)
Bodhisattva

When I Die, I'm Going to Haunt the Fuck Out of You People

"[D]on't even get me started on what's going to happen if family members take pictures of you when they visit. Those pictures are going to have some weird discolorations, you can bet on that, and some of them may even contain forms that look sort of like faces. Whose face? Yours truly: Byron, avenging spirit from beyond the grave."
- posted by cjb @ 2:56 PM

HALLEY: Would you go back to the work you were making in the mid-60s and describe how you came to those decisions?

STURTEVANT: Well, that work was the result of some very long-term thinking. It was not something that just popped into my head, that's for sure. See, in the 60s, there was the big bang of pop art. But pop only dealt with the surface. I started asking questions about what lay beneath the surface. What is the understructure of art? What is the silent power of art?

HALLEY: How did you translate that concern into making, say, your Johns Flag?

STURTEVANT: If you use a source-work as a catalyst, you throw out representation. And once you do that, you can start talking about the understructure. It seemed too simple at first. But it's always the simple things that work.

STURTEVANT: [T]he reviews for that show were the same as always -- that I was reviewing history, or that the pieces were all copies, blah blah blah. I realized that if I continued to work and get that kind of critique, then the work would get diluted. So I decided to wait until the mental retards caught up. And indeed they did.

HALLEY: What were your concerns during those ten years? 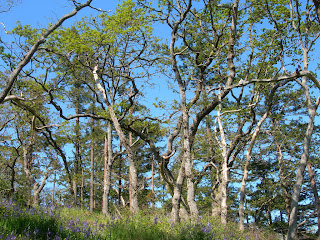 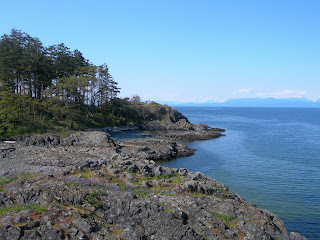 An Evening With Clint Burnham and Stuart Ross

Admission free. Everyone is welcome to attend.

Someone writes to ask if the plant photographs are art. Short answer: no, they're representations of things I've seen, which I'm trying to learn about by photographing and IDing back at home. I hope they are good likenesses of the plants in question, but they definitely lack art's conceptual, self-reflexive dimension, and are largely engendered by simple curiosity. A walk in the woods, or above treeline, or through a warm West Coast spring afternoon is a good reminder of the limits of one's knowledge. That brown bird on the powerline, the one going too-whit, too-wee? Not a clue. Those huge green leaves in the drainage ditch, the ones that look like a cross between rhubarb and a triffid? Dunno. Why are there four...wait, six...eight...twelve rabbits on that farmhouse lawn on Hammond Bay Road? Je ne sais pas. Are those really oysters just below tideline all along Departure Bay's western edge? And why are they scattered loose in among the rocks, instead of being attached to them? "I don't know, but I should try to find out" is a powerful phrase in the mouth of anyone willing to risk briefly looking like a dumbass. And in my experience, people typically ask fewer questions than they should. I see this all the time behind the desk at the bookstore, folks who expect that I'll just magically know what they're talking about.

CUSTOMER: Do you have anything by Oscar Eckenstein?

CJB: Never heard of him, sorry. What can you tell me about him?

CJB: Nope! What can you tell me about him?

CJB: Really! What else can you tell me about him?

Which, if applied consistantly, and in good faith, and with a certain wide-eyed Platonic sincerity, produces one of two responses:

CUSTOMER: He was a railway engineer for most of his life - well educated, and insufferably arrogant (some said). He was not one to mince words, and a long feud with the Alpine Club caused many of its members to denigrate him. Nevertheless, he was a brilliant technical innovator and laid the foundation, with his love of bouldering, of modern British crag climbing. He is credited with designing the modern crampon and developing a short ice axe, as well as analyzing both knots and nail patterns for climbing boots.

Or, rather more often:

CUSTOMER: I dunno. My friend just said I should check him out.

The psychologically interesting response is the long theatrical sigh from the mouth of the guy who, two or three sentences later, turns out to not be fully dialled-in, either. I think this has to do with socially distinguishing one's self, and probably with insecurity, too. I used to encounter this response all the time in the Vancouver art world, most memorably at a Dan Graham lecture at SFU Harbourside:

MUCH YOUNGER CJB: Yes. That slide of the stack of red plastic chairs that you showed...looked like a "found" Judd or Lewitt sculpture. In making that slidework, did you mean to establish a critical relationship between mass-produced commodity objects and American minimal sculpture?

I remember the words "mimimal sculpture" dropping off into a huge silent void. I had just fucked up, though it was not immediately apparent how. The audience's silence was a collective version of my customer's contemptous "You don't know." Dan Graham, on the other hand, took my ignorance completely seriously, and delivered an arresting and uninterrupted six minute monologue on minimalism, amateur photography, his friend Sol Lewitt, the John Daniels Gallery, & etc.

Charles T. Munger: "Rationality is not just something you do so that you can make more money, it is a binding principle. Rationality is a really good idea. You must avoid the nonsense that is conventional in one's own time. It requires developing systems of thought that improve your batting average over time. . . ."

Amen, oh yeah, says CJB, looking up vascular plants with multi-leaved purple flowers on E-Flora BC, and learning, among other things, that camas bulbs taste like pears when slowly roasted over a charcoal fire.
- posted by cjb @ 6:58 PM 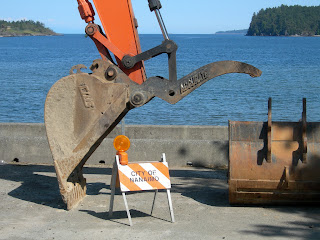 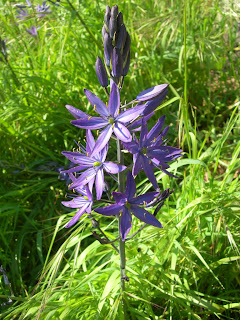 Sunlight slanting in through the blinds, cats awake and blinking at the racketing birds and green leaves moving in the wind.

Day off today. So I thought, do something different: something that you don't have to do, but that you want to do. Something you've never done before.

[UPDATE: Within 2 minutes of posting the above, an out-of-town pal writes in part: "...the same old thing...[you're going to] walk, take pictures, and read on the ferry."

Heh. Busted. So, for the record, accompanying me on the ferry as ballast in my backpack:

Someone else writes to ask what's become of all the mountaineering posts. The short answer is that I have badly trashed my right knee, and have been taking it slow for a few months of what coincidentally has been the coldest, wettest spring in years. Team Cat's regular schedule of relentless latte-fuelled elevation gain should resume mid-next week, once the "new old car" is in house, and my new mountaineering boots are broken in.] 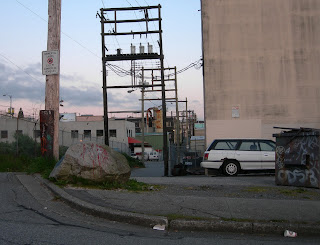 5:39 a.m. on Glen Drive. Steve helpfully intervenes with the VPD, who, true to form, arrive like clockwork at the sound of the Nikon powering up:

YOUNG OFFICER: Oh, "art"! No problem. We thought he was praying.

STEVEN TONG: You could say that, I suppose...

Source images here and here. Legacy is a sequence of five 11" x 14" pictures arranged in a column, like a Judd stack. LS is a slightly off-size "addendum" meant to be displayed alongside the column, or in place of the picture you like the least.
- posted by cjb @ 9:17 AM
Tuesday, May 08, 2007 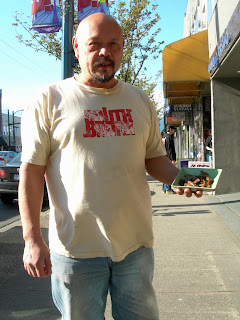 Astonishing warm wind, kicking up leaves off the sidewalk, sending gum wrappers, cigarette butts & etc. bowling through. Warm slant sunlight falling on the plastic rats in the window, on my hands, mirrored in the laptop's screen as I type. 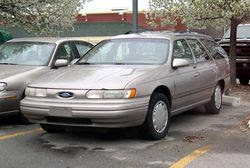 Yesterday evening I bought a new car, a silver 1989 Taurus Wagon, to replace the ailing Legacy, which, at 352,000 km., has finally had enough of life and is preparing to settle down for a long, well-deserved nap. The upside of the purchase is no longer worrying that my principal source of transportation will spontaneously burst into flames in traffic. The downside is that the new car's arrival will mark the end of a photographic project that's occupied me since October 2005. So, it should be pretty easy to figure out where I'll be at 5:38am tomorrow morning, and at 5:37am on Thursday.
- posted by cjb @ 9:30 AM 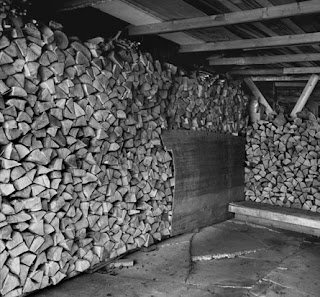 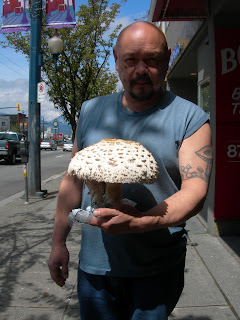 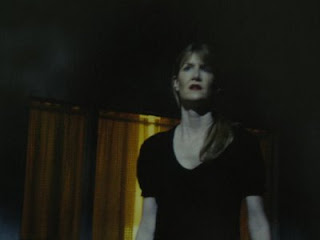 Inland Empire's at the Vancity Theatre on Seymour until Wednesday, coincidentally one of my rare nights off. Warm grey mist this morning, smell of the sea and of off-Broadway gardens: compost, cut grass, cedar chips. Someone spreading manure. Rain beading on the tiny red leaves of the Japanese maple on the corner. Crows in the tree outside my window, short fluttering branch-to-branch hops. Charlie Munger's advice to systematically reduce risk, to think rationally about one's business, to take long-term debt off the table. All those plants and flowers? "Vaster than empires, and more slow."
- posted by cjb @ 9:22 AM 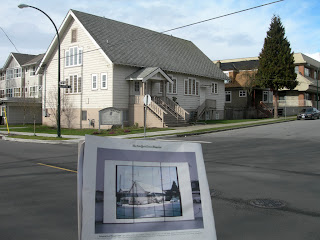 Through the open door:

"He who lives for an encounter with the unseen becomes an instrument of the seen: he who would quarry the earth becomes the spokesman of its surfaces, the surveyor of its shades."