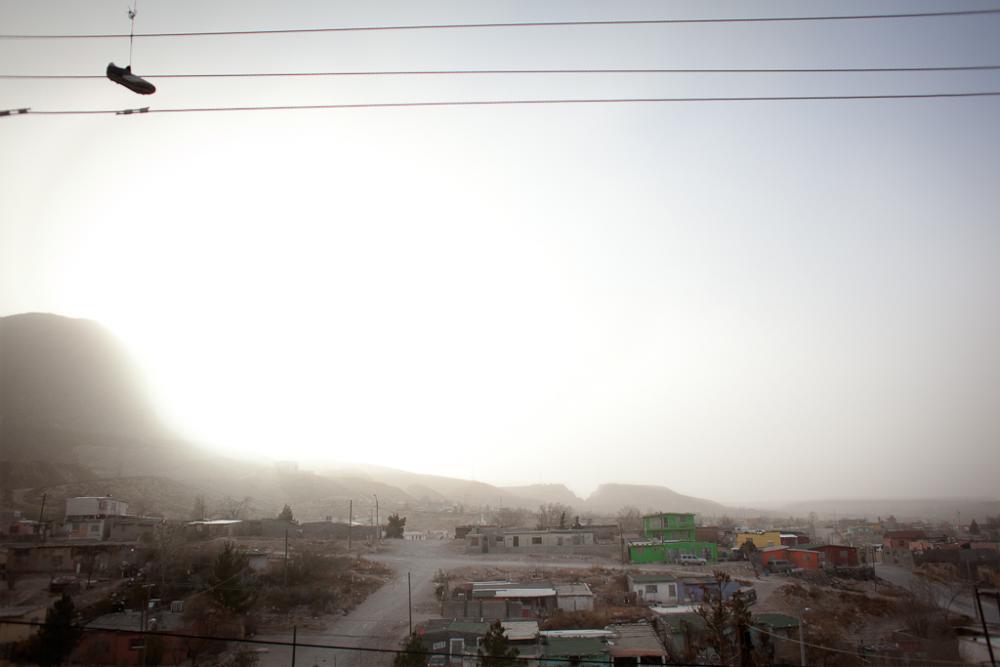 "A view of one of the poorest regions of Ciudad Juarez made up primarily of factory workers employed by foreign companies. This settlement was created after thousands came to Juarez from other regions of Mexico in search of jobs. Later these neighborhoods would become home to some of the first gangs that later would be responsible for distributing drugs for the Juarez Cartel. This picture is overlooking the Noveno territory. [Photograph] by Dominic Bracco II. Mexico, 2011."
- posted by cjb @ 7:43 PM 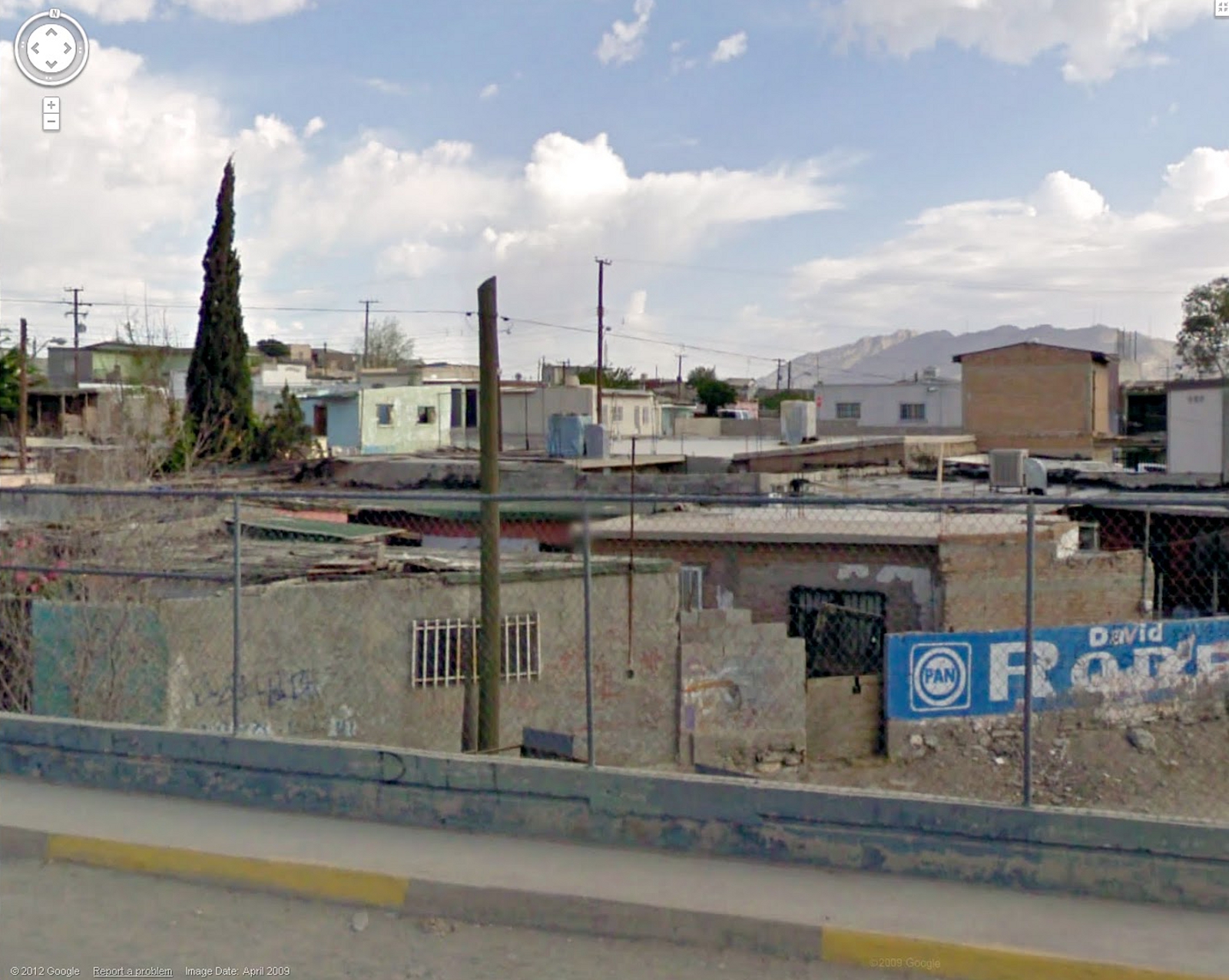 Sketch for CJ, thinking of Cezanne. I love this picture's broken colors, reminiscent of those of the Blackberry cameraphone, and the visual rhyme of the pink blooms at the left edge of the frame with the spray-painted chainlink by the right hand edge.

"While you might reasonably expect to see grilled cactus paddles alongside the steak or a delicious quesadilla made with freshly fried chicharrones to be teetering on a mountain of the stuff, you will probably be surprised to discover that the pineapple agua fresca has cactus in it, and the tortillas are made with cactus, and the chips are bright, bright green. The surfeit may bring to mind the American Cheese Council omelet recipe from an old Roz Chast cartoon in the New Yorker — '2 eggs, 5 lb. Swiss cheese, 1 tbsp. butter.'

Nopales, the cactus, is unquestionably healthful, a source of vitamin C and potassium and bioflavonoids."
- posted by cjb @ 12:26 PM

"Christopher Brayshaw, b. 1970, is a Vancouver-based photographer, critic, curator and bookseller.  His art practice emerges from his direct experience of the world, and is concerned with issues of pictorial construction, the anxiety of influence, and the representation of everyday life."

"I wondered what their library was like, so I explored its catalogue online and found that they had 22 novels by Robert Ludlum and one by Anthony Trollope. When I suggested that this might not be quite the right balance in an institution of 'higher learning,' I was warned against meddling. Their motto, on a moving electrical sign outside the building, is 'Imagine the Possibilities.' I pointed out that this was also the slogan of Campbell's Soup. It is not surprising that they dismissed me as a wise-ass."
- posted by cjb @ 10:44 AM
Thursday, May 17, 2012

Relevant to my interests: "Recreated Celestial Annihilation using as many of the original samples [as] I could get my hands on."
- posted by cjb @ 9:43 PM
Wednesday, May 16, 2012


Hip hop does not simply draw inspiration from a range of samples, but it layers these fragments into an artistic object. If sampling is the first level of hip hop aesthetics, how the pieces or elements fit together constitute the second level. Hip hop emphasizes and calls attention to its layered nature. The aesthetic code of hip hop does not seek to render invisible the layers of samples, sounds, references, images, and metaphors. Rather, it aims to create a collage in which the sampled texts augment and deepen the song/book/art's meaning to those who can decode the layers of meaning.
- posted by cjb @ 10:38 PM 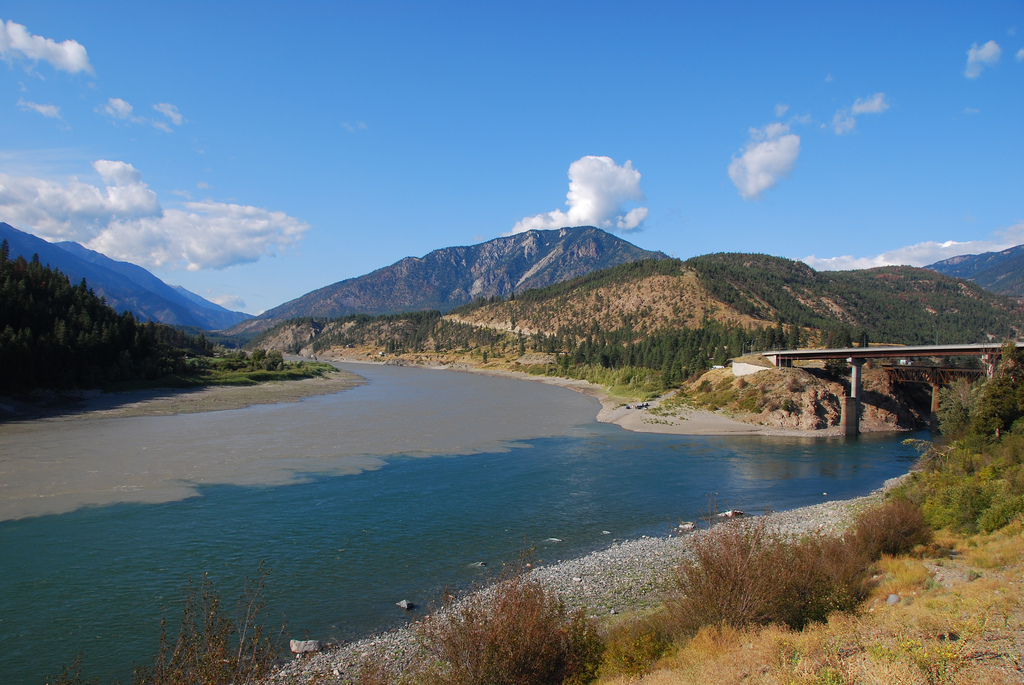 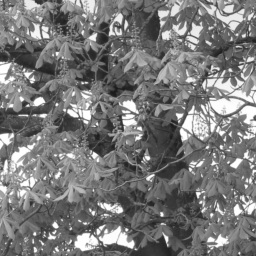 For those in Vancouver: my work is included in Phantasmagoria, a new group exhibition at Presentation House, alongside that of friends like Evan Lee, Raymond Boisjoly, Dan Siney, and Elizabeth Zvonar. The exhibition opens Thursday May 24th at 7pm and continues through July 8th. On display: War Game Tree, a "composite panorama" made from 240 images taken with a consumer-grade digital point-and-shoot (detail above), and three Street Views, two from Los Angeles and one from Juarez.
- posted by cjb @ 7:47 PM
Monday, May 14, 2012

Tony and myself and -- and then we were closing the trunk on -- on him and he tried to put his hands out and his feet out to stop us from closing the trunk and we were pushing down. I was pushing hard. That is the part I feel worst about because -- as far as the violence I did because I heard him, you know, just say "Ow," or, you know, like kind of yelped in pain from closing the lid on his -- and -- but then he pulled in his hands and feet and the trunk was closed and Charles went back and got in the car.
- posted by cjb @ 4:34 PM