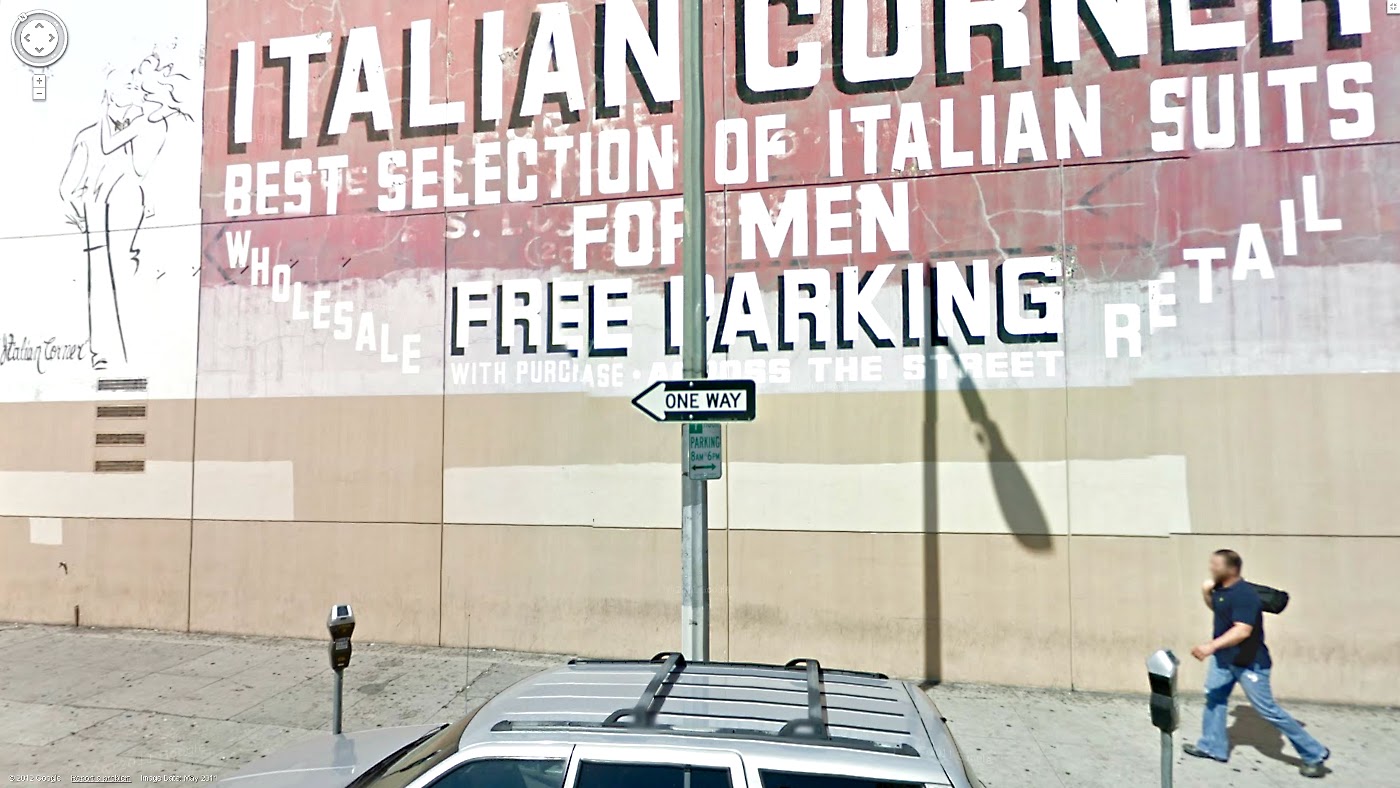 Contrast and saturation problems fixed in the foreground and in the figure's blue shirt.  Post-processing, represent. Time elapsed: 3 1/2 hrs.  Maybe no one but me will notice the difference between version #1 and version #2, but #1, now destroyed, bothered me enough to change it.

The figure's pose reminds me of those old "Hurry in..." ads from the 1950s and early 60s, a logjam of cartoon figures sprinting toward a one-day sale on washing machines, women's shoes, a storage locker full of beef.... 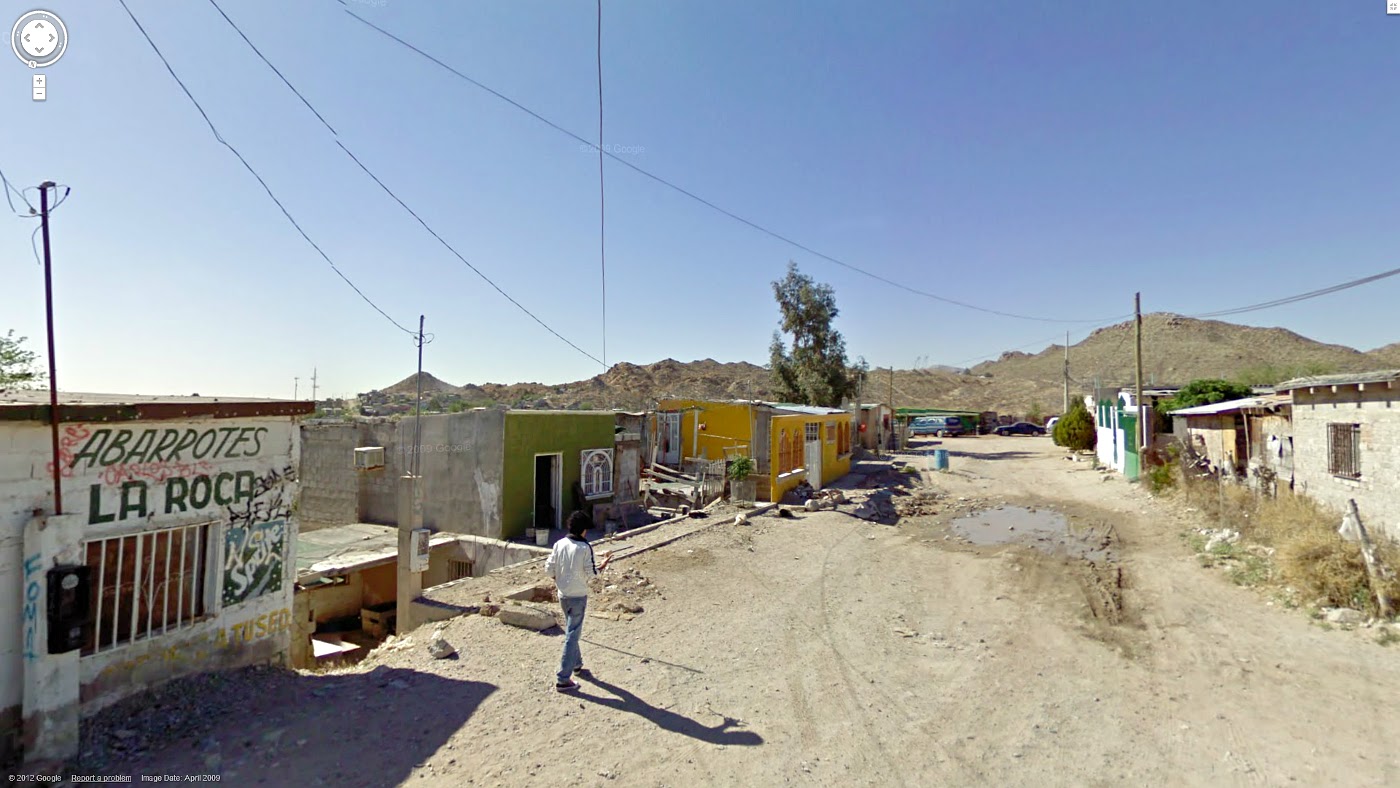 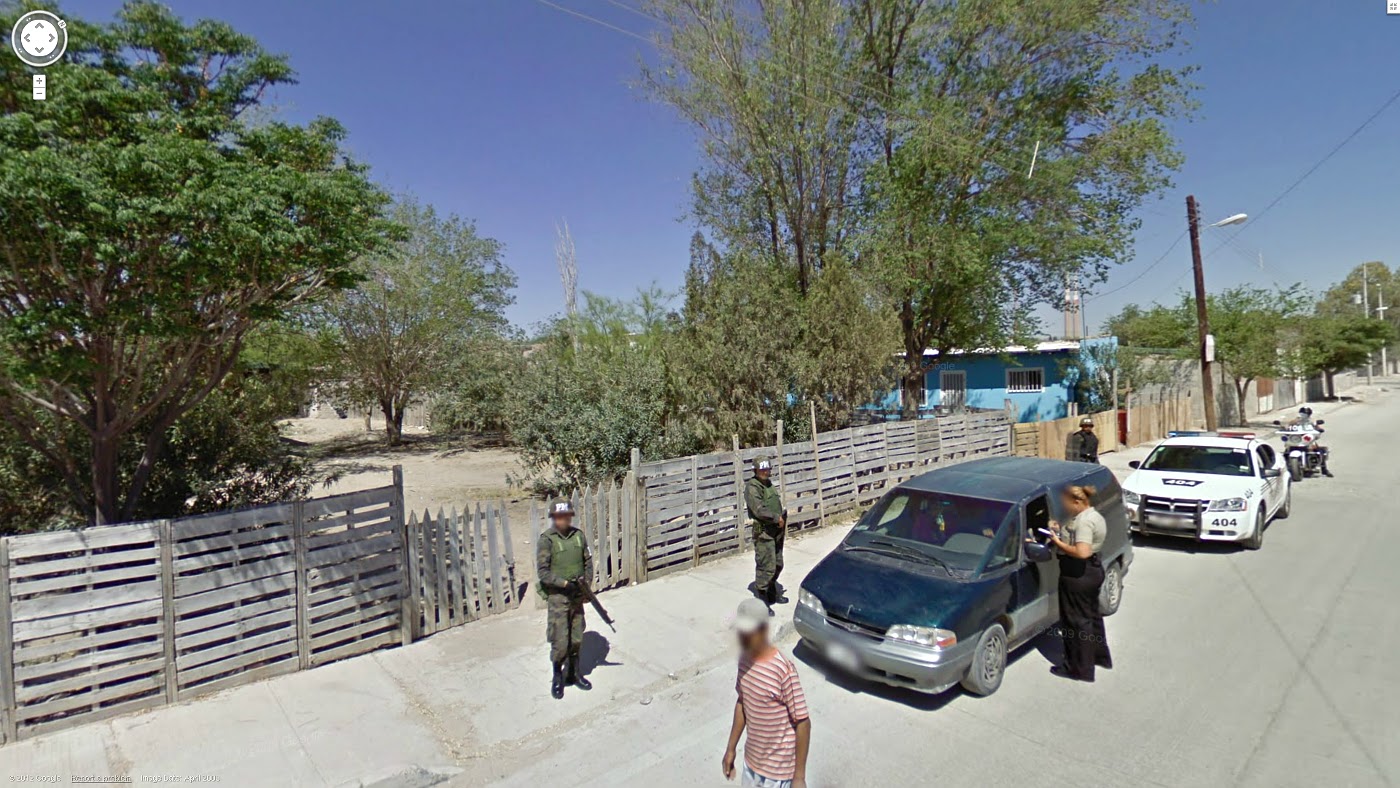 
Karmin’s style, it turns out, is reference; if it were to have come out with a wholly original sound, it would have been alienating.

Karmin’s rise also reflects that hip-hop, once something that outsiders had to apply for admission into, is fair game for anyone. The barriers to entry aren’t there anymore. The line between theatrically revising other people’s raps and using the medium seriously, for your own purposes, has been all but eradicated.
- posted by cjb @ 7:29 PM
Thursday, May 10, 2012

"This is a period that is not often talked about, postwar North America. People had to do desperate things in order to make a living."

Thoughtful answers to questions about an excellent show.
- posted by cjb @ 8:23 PM

Collectively, the works assembled here do have a strong proselytising intent. They are [his] way of preaching two messages: his stated passion for the vibrancy of the natural world; and his faith in the languages of art, as opposed to what he calls the monocular tyranny of photography, to represent that world as no other medium can.


Hence, perhaps, his magpie eclecticism, his multiple borrowings from the canon of past art.


The exuberant ventriloquism and quasi-pantheistic devotion to Nature are not always convincing. There is often the suspicion of a gap between what the artist has willed himself to create and what he has actually created.


A suppressed charge of melancholy lurks behind the bright surfaces of many of these pictures, hints even of a conscious morbidity and loneliness in some of their most insistent motifs: the recurring barren trunk of a stricken tree, the road or passage leading to some ominous, mysterious horizon. Glummest of all are those multi-camera works: split-screen meditations on a natural world that often appears a blank and forbidding place, seen from a car moving with the funereal slowness of a hearse.
- posted by cjb @ 11:27 AM


I Got The News, from The Darcys' Aja.  Very much in the spirit of some of the photographs that appear here from time to time, esp. 4:27-on.  A translation of an admired source into one's own idiom.
- posted by cjb @ 9:35 AM 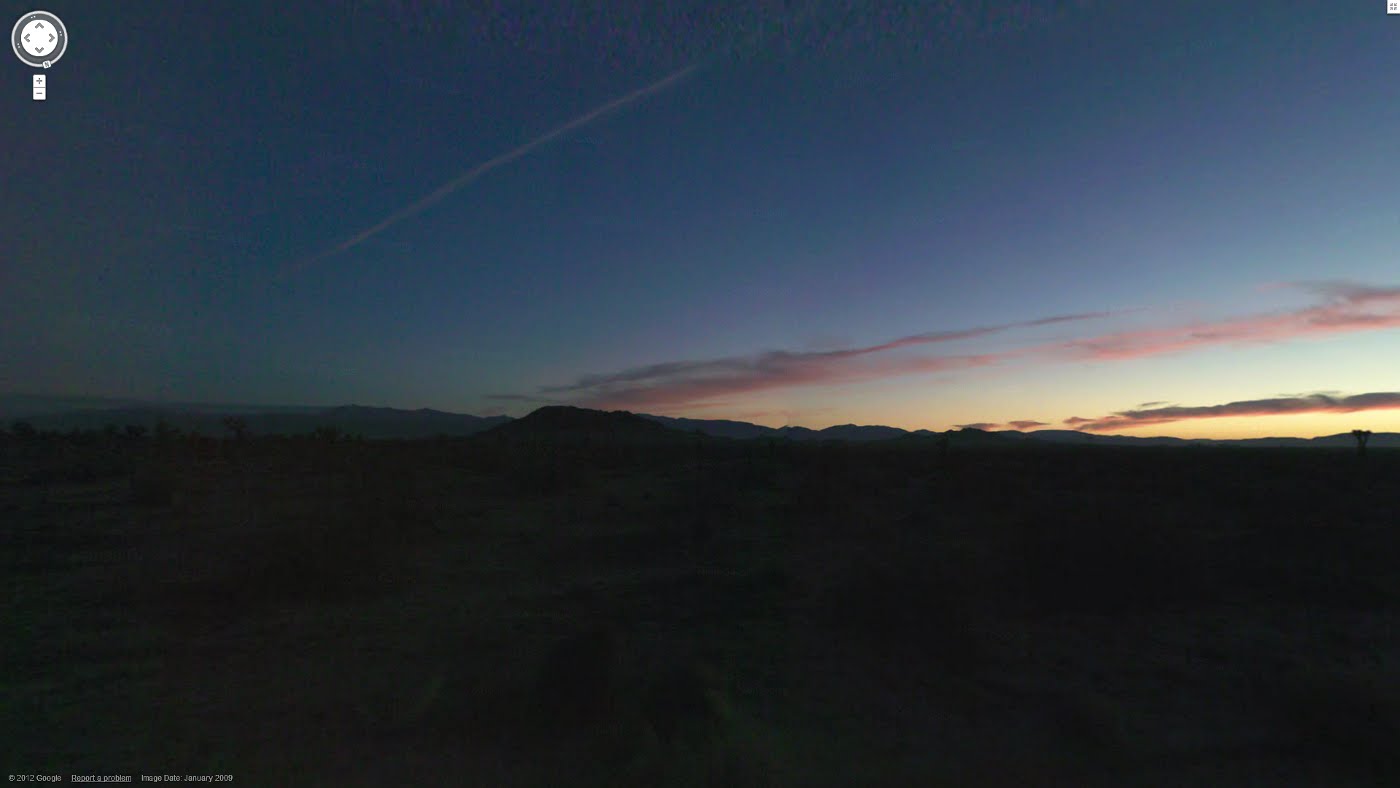 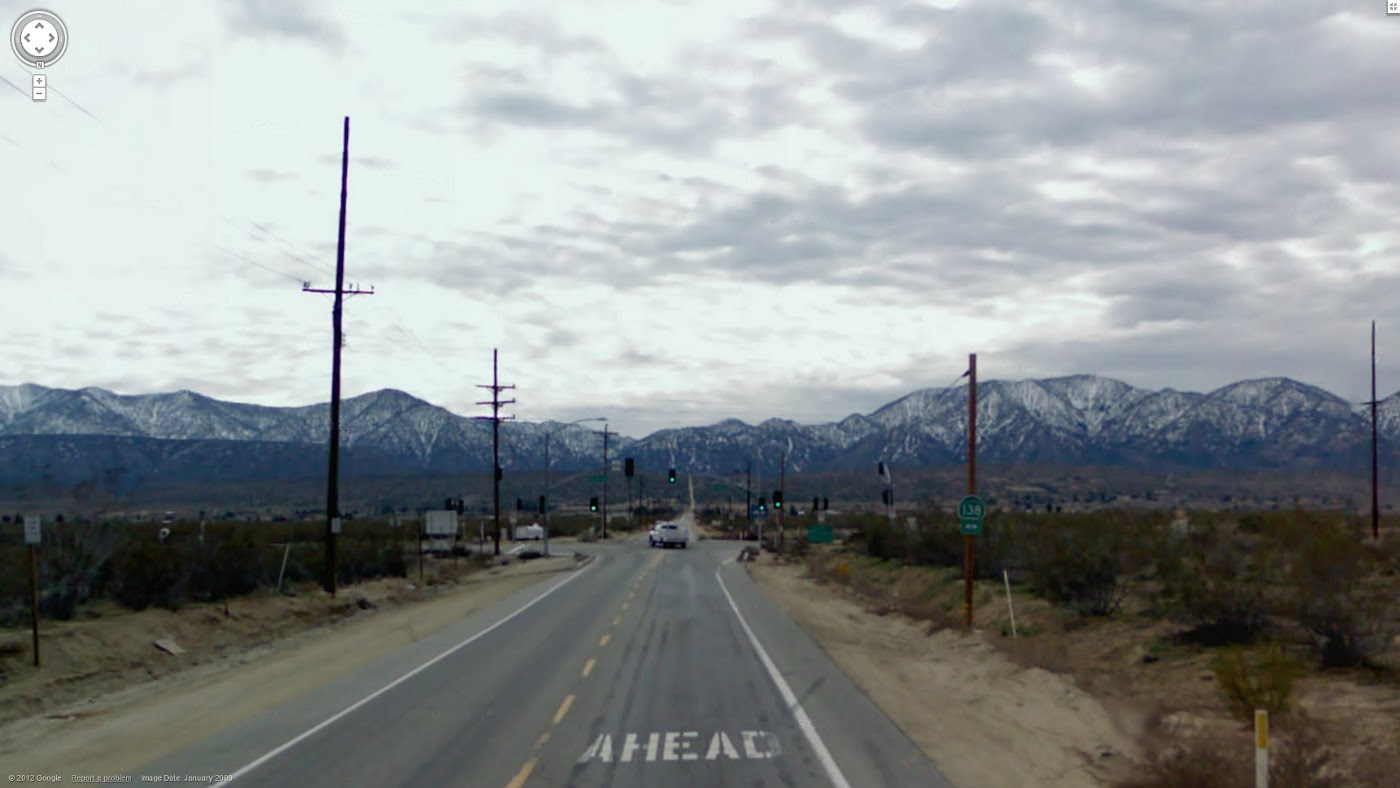 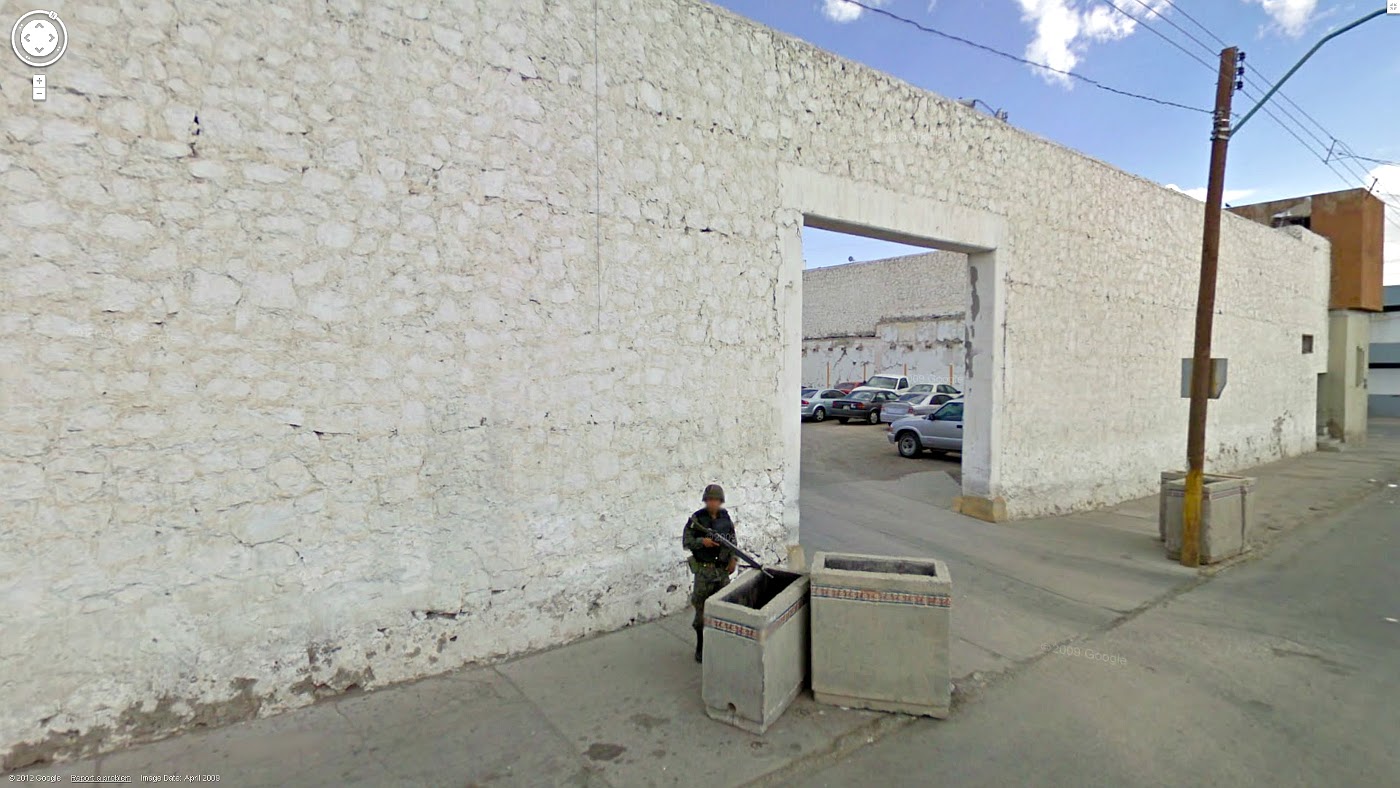 Metropolitan: sites in Los Angeles previously unknown to me.

CJ:  sites in Ciudad Juarez, Mexico, North America's most violent city, a place where neither I, nor native Mexican photographers, can work openly.

The experience of modernity in two of North America's largest cities.

When I began I thought, naively, to visually contrast "good" polyglot heterogenous modernity with "bad" failed modernity.  The pictures complicate this distinction, revealing it as arbitrary.  Even in Murder City, daily life goes on.

100 pictures made of each place, of which perhaps 8-10 will be accepted as finished works and shown.  No sequence ever exhibited in its entirety.

Each picture extensively post-processed and best considered a sketch or drawing.

Thanks to Owen Kydd, Gabrielle Moser, Andy Keech and David Hockney, special friends of these works.
- posted by cjb @ 9:28 AM 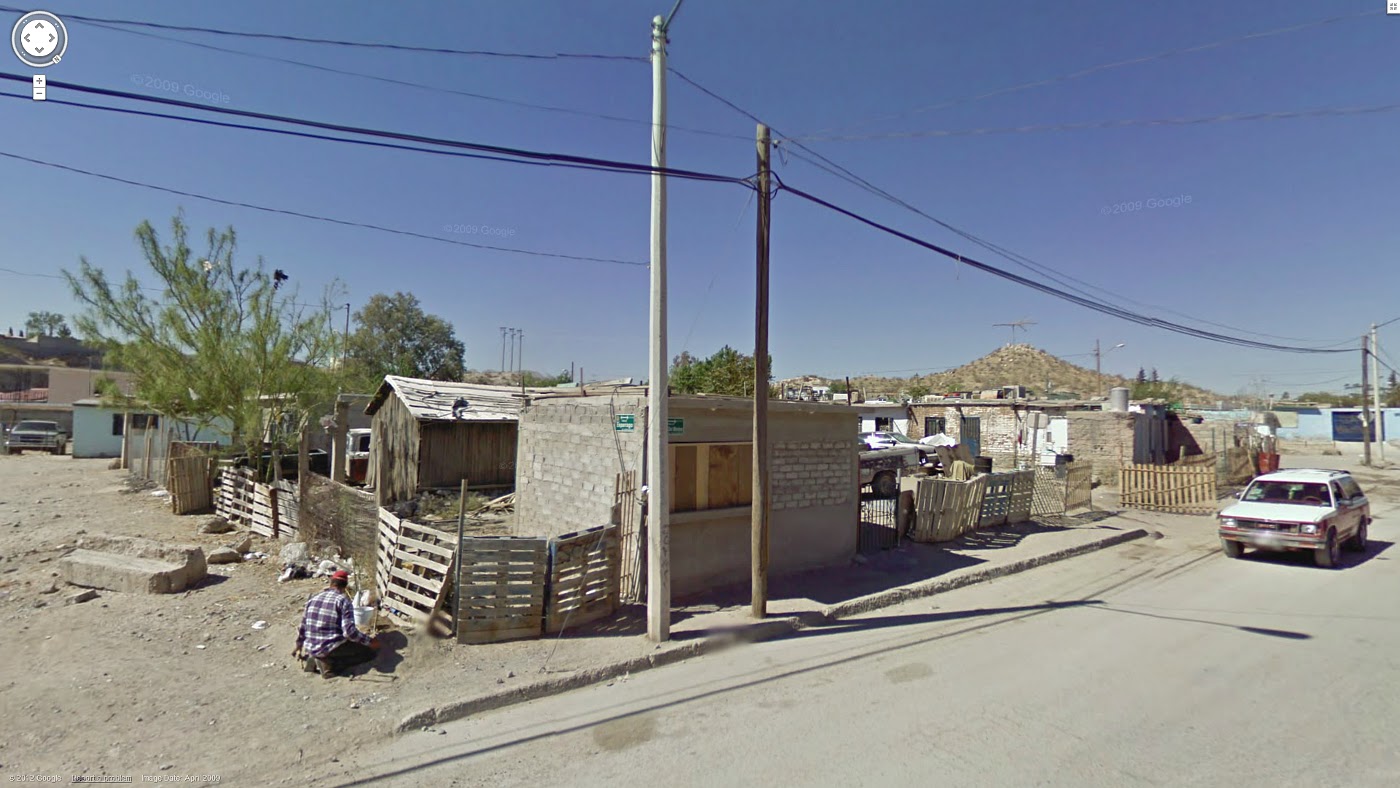 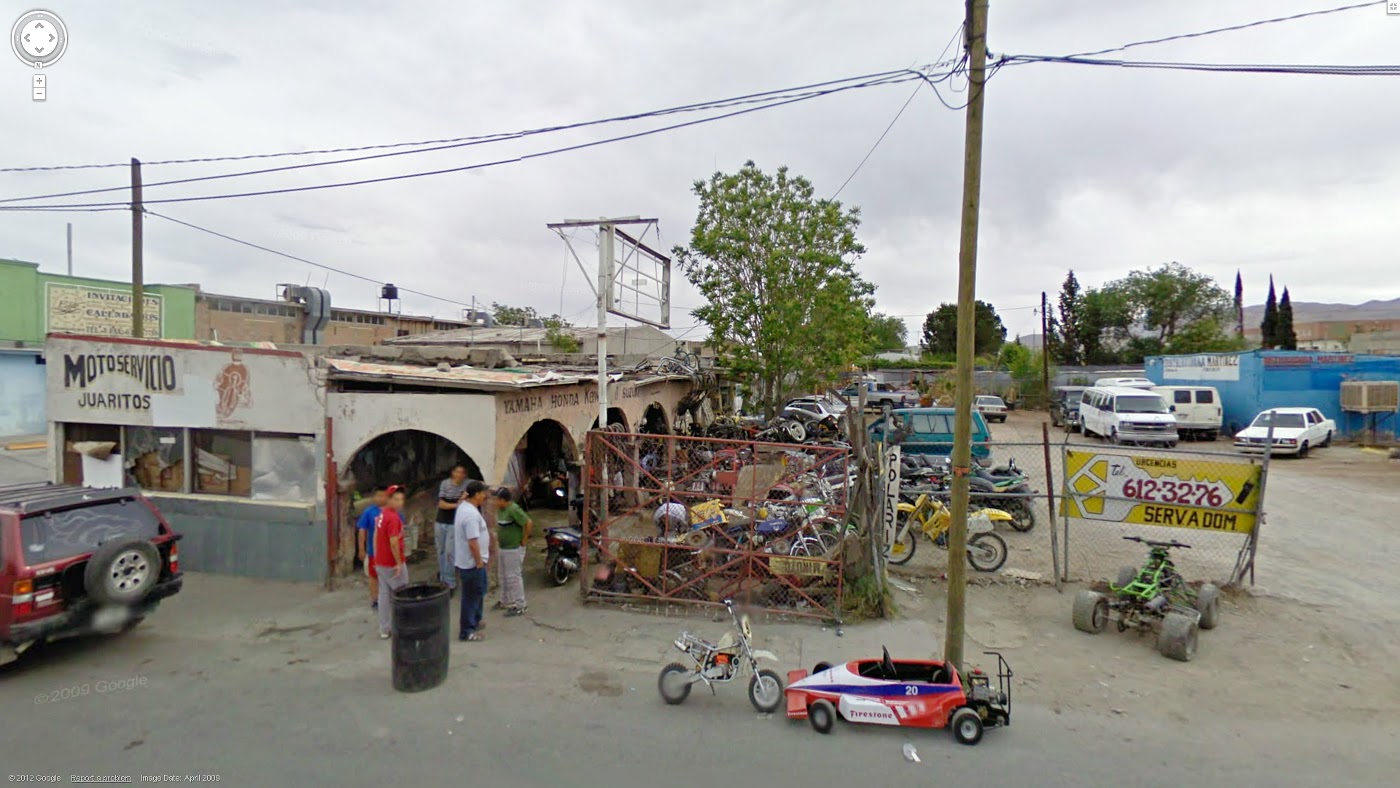 "Characterized by fantastic imagery and incongruous juxtapositions; '[A] great concourse of phantasmagoric shadows'--J.C.Powys"
- posted by cjb @ 11:20 AM 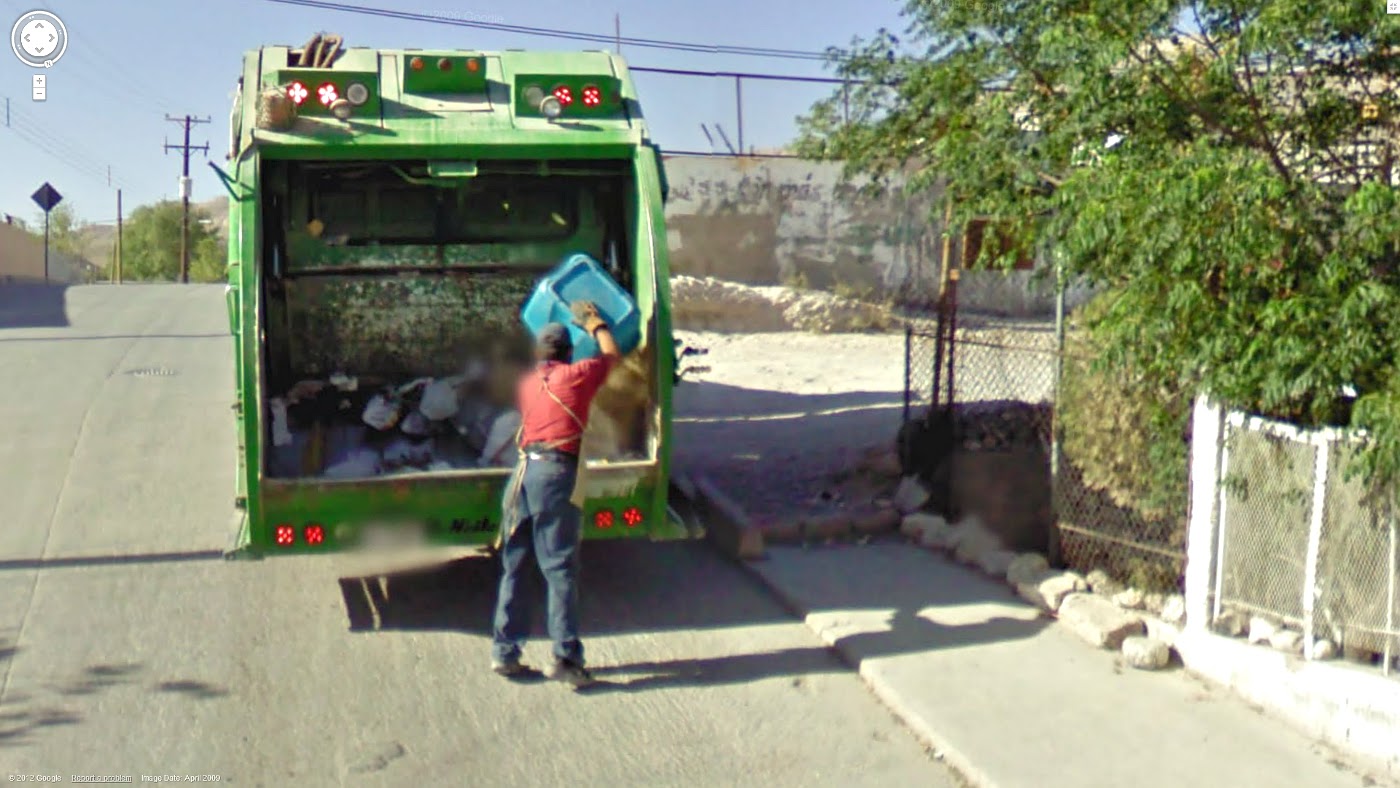