"Our Thoughts Are Lawyers For Our Feelings"

Via the New Yorker's website: the author and Peter Schjeldahl in dialogue on criticism and judgment.

CJB: 1. What does it mean for an art work to “submit itself to judgment” today? I understand what that means in the context of exhibiting an art object in a public museum, commercial gallery, or even as part of an MFA studio crit. But what constitutes judgment of, for example, a digital photograph presented on the Web?

2. Are objects “art” even if they show no inclination to enter the standard art distribution channels? I have friends who make digital photographs, which they present on blogs. The photos only exist as digital images. There are no prints. I think that my friends’ photographs are art, because they are self-reflexively involved with their medium and because they are presented in a public context. But some of my artist friends think that these images are not art, because they have not appeared in an “art context,”—eg., curated presentation in a gallery. My readings of Duchamp and Greenberg make me think that you can’t discriminate against art on morphological grounds: “everything and everything” is potentially art. Even images that deliberately—some would say willfully—circumvent art’s established systems. Do you agree?

3. What criteria would you use to differentiate between digital images that want to be judged as “art” and digital images presented in non-art contexts? Aesthetic judgments are only as good as the criteria supporting them. Intent doesn’t work—you can’t judge intent, only the physical fact of the work. So what criteria do you use? Thierry de Duve once said—I’m paraphrasing—that good artists should feel the presence of dead artists they admire in their studios, gazing over their shoulders as they work and asking questions. I’m writing to you because I feel Kant and Greenberg gazing over mine, and I don’t know how to answer.

• Art is a word. Something is art when commonly spoken of as such. The designation has administrative and commercial consequences. It bears no exclusive relation to aesthetic experience, which is promiscuous and wordless.

• Aesthetic judgment is an extra step of a mind that has registered an aesthetic experience, from which it may be excited to induce a rule. Kant thinks it is a component of the experience. I'm not so sure.

• Our thoughts are lawyers for our feelings.

• Some people enjoy judging. I’m O.K. with it, but I prefer love.

• Aesthetic criteria are retroactive justifications of formed beliefs. Anyone halfway clever can invent criteria which will be seen as brilliantly fulfilled by just about anything. There is no rational criticism of art, only persuasion.

• Having great dead people looking over one’s shoulder is a haunting familiar to all who nurture creative or intellectual ambitions. You will grow through and beyond it, or you won’t (becoming a professor).

• Someone, I think Philip Guston, said that, if you’re an artist, every artist you’ve ever admired follows you into the studio. One by one, they leave. Finally you leave, too, and the work gets done.
- posted by cjb @ 11:45 AM
Friday, February 27, 2009 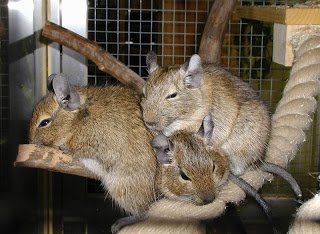 The indoor kennels at the SPCA are bright under an open skylight. In the middle of the room, a fat black rabbit snuffles its way around an exercise pen set up in the middle of the concrete floor: low red serrated plastic fencing, a child's version of the stuff city works crews erect to stop pedestrians from stepping into holes. A young woman, maybe fourteen or fifteen, escorts us to a hand sanitizer dispenser and instructs us to squirt once and rub our hands together in between handling the animals.

The cats, lethargic and yellow-eyed in their cages, regard us coolly from a distance. A hyperkinetic white dove, SPCA name "Peace," hops around its cage all aflutter, perhaps sensing its ancient racial foe in the vicinity. The black rabbit wiggles its nose and placidly regards the sky.

In the Small Animal Handling Annex, two teenage girls invite me to pick up and pet any number of rabbits, guinea pigs, and degus. Mr. Bun, a wily red-eyed black-furred adoptee, snuffles his way around the shelves, sniffs the degus, stands up on his hind legs for a treat.

"That's an old dog," says the middle-aged Chinese guy there to look at cats with his teenage daughter, when he observes me bend down to pet a lame Jack Russell terrier through the bars of its outdoor run. "You don't want that one."

"There's a picture there."

"Tell me why," says L., struggling to make the right hand turn onto Clark Drive through the wild rush-hour traffic.

Because the place is so visibly down-at-the heels. Because much is being done with very little. Because the volunteers are spending time that could have been spent "in the greater economy" doing something that apparently means very little to other people, but means a lot to the sick, lost and injured companion animals that come there. Because my dead friend Bruce asked that donations be made in his name to support the SPCA's work. Because Mr. Bun and the degus and the tired cats will be fed tonight, and warm, and -- in their strange non-anthropomorphic way -- feel themselves loved, or maybe only worthy of being loved.
- posted by cjb @ 6:14 PM
Thursday, February 26, 2009 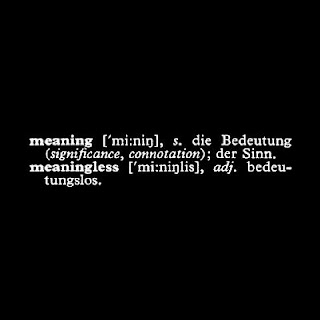 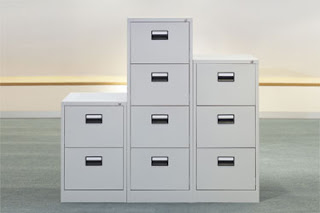 Q: I'd like to personally invite you down to X.

10:00am: CJB arrives at work to confront 1000+ books still unpriced from a local scout's trip to Vancouver Island.

10:23am: Canpar arrives with 10 boxes from Penguin, 4 boxes from Random House.

12:30pm: 250 pounds of remainders arrive in a shrinkwrapped pallet at the front door. 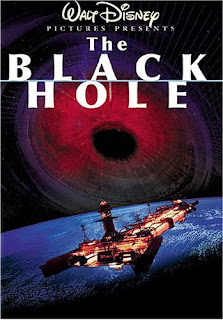 Black Tuesday busily unfolding in the Asian markets as I write. Not much change over at Anodyne HQ. I haven't sold anything in either of the play portfolios -- though my results would definitely have been better if I had -- and I've been quietly adding onto my real life RRSP portfolio here and there. My guess is that I will be very pleased with today's purchases in February 2019. I can already hear the objection that hopefully I'll be dead in February 2019, in which case there's no real purpose to my savings, & etc. The argument -- which I've heard plenty of times from friends saddled with consumer debt -- presupposes that my investments will just dissolve into the air like smoke, or one of Twilight's twinkly vampires, when I die. It doesn't work that way, even after the government takes its cut. There'll be something left, to be distributed to relatives, loved ones, old friends, favorite causes. I'd like to think that the Land Conservancy of BC will be able to do something with a cheque from my estate (though I would vastly prefer they save a rocky knoll or an islet somewhere, instead of a historic property, building or garden). In the meantime, saving and investing provides lots of opportunities for learning (about Queen Charlotte gravel pits, Chilean copper mining companies, produce distribution, & etc.) and makes me feel vaguely optimistic about the future. Optimism is an underrated character trait. Or as Gramsci puts it, "The pessimism of the intellect, the optimism of the will."
- posted by cjb @ 10:11 PM 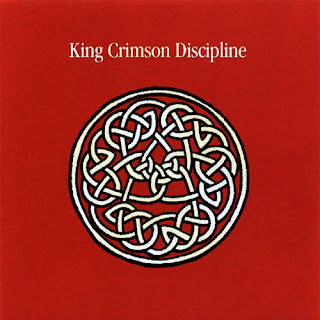 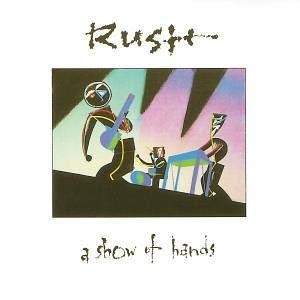 Disclosure: during the same time period, I was also listening to Mr. Lifeson and Mr. Lee, and Mr. Belew and Mr. Buford. Anyone who now thinks my musical taste suspect is welcome to go get some influences of their own.
- posted by cjb @ 11:19 PM 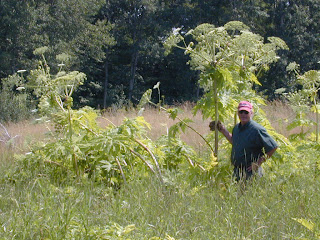 One more, from a slightly earlier incarnation, Mr. Peter Gabriel on vocals.
- posted by cjb @ 10:52 PM 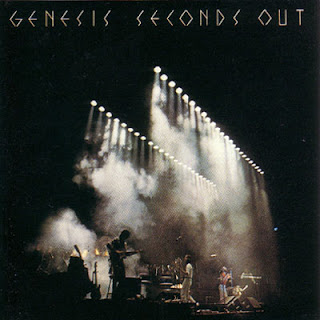 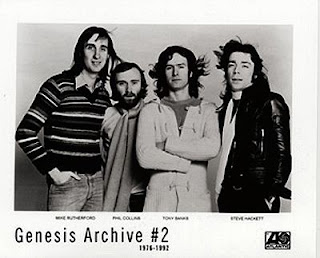 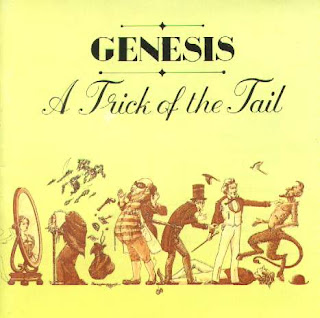 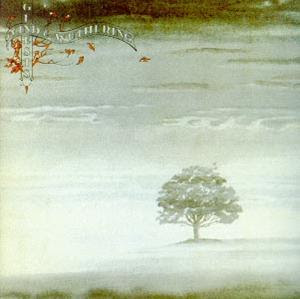 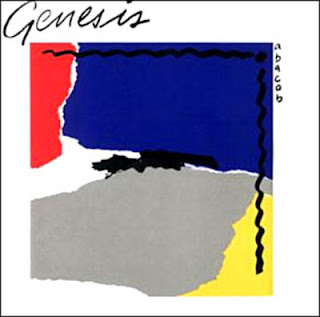 Songs I haven't listened to in years:

A Trick of the Tail

Deep in the Motherlode

1. If you can't stand Phil's armbands, bright Hawaiian shirt, and totally straight-up delivery, the New York Dolls and the Clash also recorded albums over roughly the same period that you might like more.

2. Chester Thompson is a drumming machine.

3. Phil used to be a pretty amazing frontman. The footage from the 2007 reunion tour is universally embarrassing; I prefer to remember them as they were.
- posted by cjb @ 10:32 PM 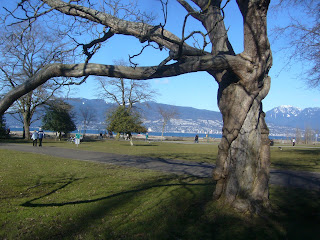 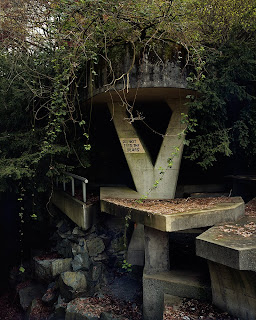 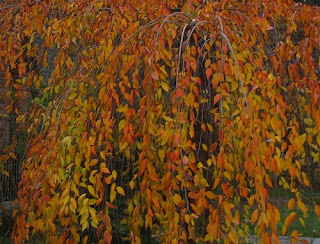 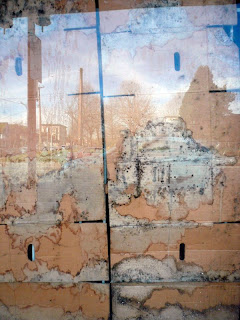 Four photographs posted on the Internet, late 2008- early 2009. As far as I know, two are digital originals (Tree; Unseasonably) and two are reproductions of paper prints (Bear; Reflection). One characteristic of photography is the ease with which some photographs' reproductions can stand in for the photographs themselves. Eg., the Charles Sheeler exhibition I saw at the Met in 2003, whose catalog reproductions exactly match the size and tonal qualities of the framed originals. These descriptions -- "originals"; "reproductions" -- aren't meant to be pejorative. What interests me vis-a-vis digital technology and photography is how digital technology simultaneously facilitates the wide distribution of pictures like Reflection and Bear, which physically exist at a particular point and place in time, with images like Tree and Unseasonably, which exist, like museum catalog reproductions, at many points in time and places simultaneously. Simultaneity isn't something new to photography; it is a very old quality, maybe one intrinsic to the medium, that has been brought forward into sharp relief by Flickr, personal websites, blogs & etc.

I like these pictures; what catches my attention, before questions of "aesthetic quality," is how each photographer addresses the configuration of space and light before them. Note the shadow on the grass in Peter Culley's picture; how it mimics, in two dimensions, the shape of the fully rounded limb above it. Or Bacchus' piled-up concrete blocks, which protrude up and out of space, like some weird Constructivist sculpture. Or Latta's silent cascade of scarlet leaves; his suggestion, like Cezanne, of a bulging organic presence just behind the picture plane. Or Harrison's conjunction of the mouldy bled-out edges of the unfolded cardboard cartons covering with the window with the more regularized "scaffolding" of the gaps between the cartons. Considerations like these, in my judgment, overwhelm labels like "original" and "reproduction"; photography has room for both.
- posted by cjb @ 8:29 PM