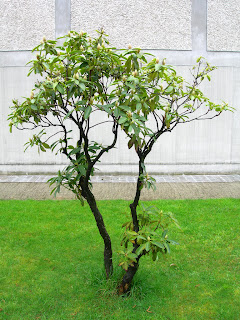 Drivel, or, Why I Can't Take the Globe's "Books" Section Even Remotely Seriously

"Janice Kulyk Keefer finds a measure of calm through those luminous moments in everyday living when our bodies liberate rather than imprison us." (Photo cutline)

"Flying to the West Coast a couple of weeks ago, I was struck again by just how singular and interesting a place Canada is." (Mediocre Canlit pundit and CBC mainstay Noah Richler)

As my friend James says of cultural products he despises, this stuff is ass. 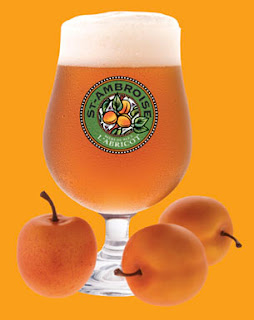 Uncle Zip commands, "Write a list of people whose work is so neccessary to your way of seeing that, if you don’t read it, you become anxious, one-dimensional & unknowingly alienated from yourself. (I do not neccessarily mean as a writer. In fact I definitely don’t mean that.)" 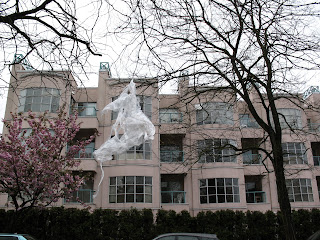 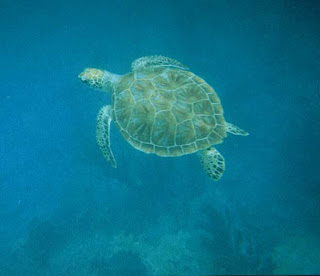 "It's curious how the mind works. I see the world through turtle-coloured glasses now. Because of the turtles I expect a stranger to speak significantly, am prepared for signs and wonders, my terrors freshen, I feel a gathering-up in me as if I'm going to die soon, I await a Day of Judgment. Whose judgment? Mine, less merciful than God's. It is not always a comfort to find a like-minded person, another fraction of being who shares one's incompleteness. The bookshop man has many thoughts and feelings that I have, I sense that."
- posted by cjb @ 12:15 AM
Friday, April 27, 2007 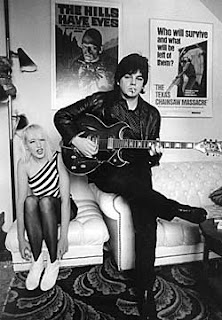 Thinks he's a poet.
Maybe he should have stuck with
Smashing those pumpkins. 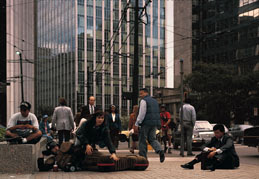 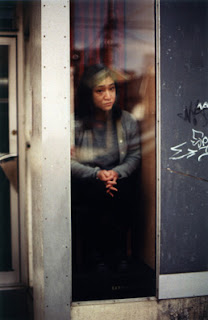 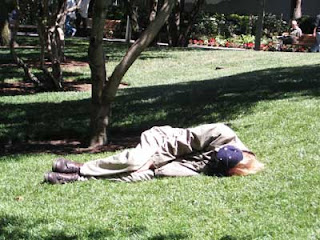 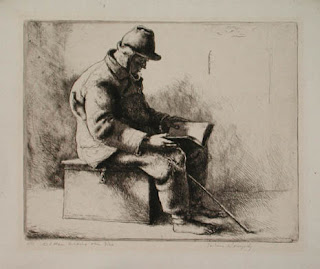 (Jack Spicer, The Heads of the Town)

A bumpy night flight over the Rockies, the long prairies spread out below. Little constellations of lights: Regina, Winnipeg, Thunder Bay. Grey clouds obscuring the earth. The long jolting descent into Pearson: the eee-yunk, eee-yunk of hydraulics. Blinking white light on the wing tip illuminates cloud-vapour flooding over grey metal. A delicate white web of frost in the gap between the double layered plastic of the passenger window.

The clock in the empty terminal says 12:45 a.m. My backpack comes off the rotating carousel by itself. Out into Ontario December, dry cold, the quick chill settling into the pads of flesh under my eyes, and my toes, and the tips of my fingers. A little grey snow drifting down. Night bus to Malton. Brick apartments flashing by in the dark. I'm alone on the bus, and it's easy to pretend the driver's dead, a TTC Charon, whose face, should I glance beneath his cap, would be smooth and white as bone.

Empty racketing train. Subway stops all abandoned in the snow. Red LED displays: 1:25am, 1:27am, 1:37am. 2am finds me in an all-night Yonge Street cafe, eating maple-glazed donuts, drinking coffee, and pondering my options. No money for a hotel, too late to check into a youth hostel, and definitely unwelcome at a certain suburban apartment. Thrown out of the cafe when I nod off at the table, I walk along Queen West in the cold, and quickly decide that freezing to death is a definite possibility. Into an alley behind a hotel, and into an ungrated steam duct. The corrugated metal smells like piss, but the air pushing past my face is moist and warm. I fall asleep with my big backpack tucked up under my neck like a pillow. In the morning, off to the bus station in my stinky and slightly damp clothes, and on to Ottawa, where it's even colder and windier, and where a huge Jack Shadbolt butterfly on the side of the National Gallery of Canada implies the presence of compensations in this life, after all.
- posted by cjb @ 8:46 AM
Thursday, April 26, 2007 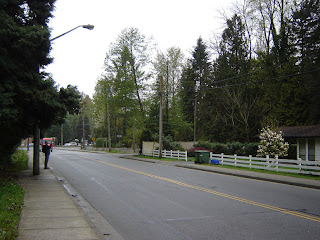 Am I bad as that?
Dan Brown reads the Code reviews,
Sadly concludes, crap. 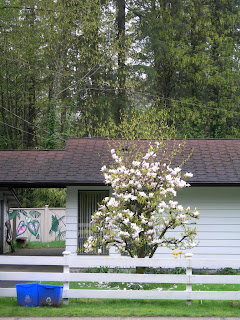 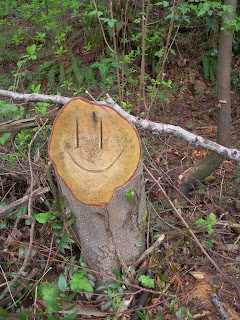 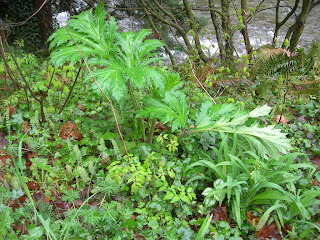 ACT (Aesthetically Claimed Thing): those umbrellas, under the lights, in the rain

Anodyne Inc. and the TSE 300 index have both been on a tear since my first attempt at public portfolio management toddled out into the world in late October 2006. For this first six month period, Anodyne Inc.'s gain has exceeded the TSE's gain by a small but significant margin.

The TSE figure is important because it shows what you could earn by passively investing your money in an index fund, thereby missing out on annual report reading, financial statement deciphering, and ceaselessly worrying when the CFO of one of your largest positions is dismissed just a week or two before the annual report's release. The index also serves as an objective benchmark of my investment choices. For example, if Anodyne Inc. reports a 5% gain, while the index gains 15%, Anodyne's gain sounds OK on its own, but actually represents poor relative performance. Similarly, if Anodyne loses 12% while the index loses 18%, the relative result indicates better-than-average performance, despite the objective loss.

I judge my performance, as should you, over the mid- to long- term. I hope to consistantly beat the TSE 300 index over a rolling three year period, a benchmark that many professional Canadian fund managers find hard to meet. Over shorter time periods the portfolio may fluctuate in value, sometimes impressively. These fluctuations don't bother me, and they shouldn't bother you, either.

That said, I have certain advantages that most real fund managers don't. I'm running money for myself, as a purely didactic enterprise. Real managers have clients, and need to maintain a cash position to satisfy the needs of clients who, for whatever reason, need to cash out in a hurry. I am not constrained by investment "themes" or "styles" -- I don't have to buy "mid-cap growth," or "large cap value," or maintain a certain percentage of the portfolio in a number of different sectors of the economy in the name of "diversification." I don't have to buy the stock of companies I don't personally like or understand. And I don't have to trade like mad, with all the frictional costs that implies, in order to hit a quarterly performance target that benefits the marketing department more than the fund's investors.

A few thoughts about some of Anodyne Inc.'s holdings:

Parkland Income Fund (PKI.UN) is by far the fund's largest position. Parkland is a diversified fuel retailer; they operate gas stations and convenience stores all over Western Canada, run a fuel transportation service, and own a refinery in Red Deer, Alberta, which was mothballed for many years, but has recently begun to process fluids for the oil drilling industry on a toll basis. I've owned Parkland in real life since my teens; it's the first company I ever attempted critical analysis on back in the 1980s, hunting up its annual reports in the old Vancouver Public Library at Burrard and Robson, and then writing away for more detailed information. It's steadily, consistantly profitable, and, to my mind, fully priced at $41+. I wouldn't add to my position at this price, but am more than comfortable to hold the units long-term. The 2006 annual report, which was just released a week or two ago, and is currently available on the SEDAR website, is a model of fiscal clarity.

Dominion Citrus Income Fund (DOM.UN) is a produce wholesaler with operations in Toronto and Quebec City. Most produce wholesalers are private companies, and the whole produce industry is undergoing massive consolidation as monolithic customers like Loblaw, Sobeys, and Wal-Mart attempt to trim their own costs by relentlessly squeezing their suppliers. On paper, Dominion lost money in fiscal 2006. But a little closer examination of the financial statements shows that much of that one-time loss was the result of a goodwill writedown (Goodwill is an accounting term, used to account for the excess an acquirer pays above and beyond the tangible value of an acquiree's assets). An adjustment to accounting goodwill doesn't neccessarily imply the impairment of a business' operating results. Dominion's margins are being squeezed ruthlessly by its customers, and its gross sales have definitely declined in the last few years, but it is still generating enough cash to cover its mouth-watering 15.5% yield.

A similar situation exists over at Hart Stores (HIS), an operator of mid-size bargain department stores in tertiary markets in Ontario, Quebec, and the Maritimes (ie., towns not large enough to attract Wal-Mart). Hart's recent financial results look ugly, until you consider that most of the charges are related to a single situation: the termination of a head office lease and the move to a new distribution complex. How many times is head office going to move in the forseeable future? Just once. So, the one-time charges should logically be backed out of the operating results. The consequence? Modified results that show consistant, steady growth. Hart even pays an annual dividend, which has slowly been increased each year. I own Hart in real life as part of my RRSP portfolio, and took advantage of the market's recent inability to figure out the significance of the termination-of-lease charges to load up on some more shares at bargain prices. (It should also be said that I sold some of Anodyne's position in Hart on the same day that I was adding to my real-life position, underlying my frequent warnings to not treat any of my purchases or sales as a recommendation to do likewise).

I don't get correspondence about Anodyne Inc. nearly as often as I do about magnolias, ghosts, art-crit & etc. That said, I will be happy to entertain questions about the portfolio's holdings, or what passes for my "investment philosophy." I've learned a lot by reading the writing of investors like Marty Whitman, Warren Buffett, and Toronto's Irwin Michael, who have generously shared their analysis of specific situations with readers not personally known to them. Working out philosophical problems in public -- aesthetic; financial; W.H.Y. -- seems to me to be a good way to go about things, and I'm proud to be able to make a small and idiosyncratic contribution here. 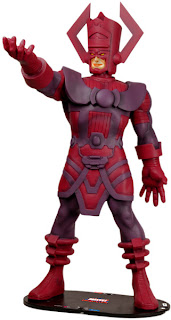 Profile of reclusive investment manager Louis Simpson in today's NYT, one of only two I know. I admire Simpson's humility, patience, and deep independence of mind.

"'If I have the Bloomberg on, I find I am looking at what the market is doing,' [Simpson] said. 'I am looking at every news story. I really like to be the one who is parsing the information, rather than having a lot of irrelevant information thrown at me.'"
- posted by cjb @ 9:41 AM 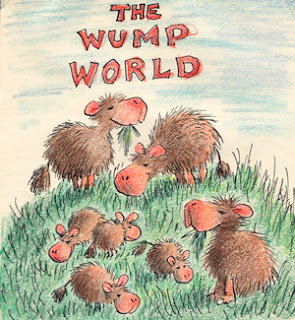 Dru writes to remind me of Bill Peet's The Wump World. I adored this book as a kid, obsessively checking out the copy in the Caulfeild elementary school library, and even attempting to write and draw my own version at one point, which, fortunately, no longer survives. The Pollutians' huge fat-bellied spacecraft and impossibly skinny landing legs permanently lodged in some deep part of my psyche, as did their huge tree-crushing and paving machines, which reappeared, decades later, thinly disguised in "Fairway Four," one of my few published pieces of short fiction that doesn't now seem like a total failure. I didn't see the machines that took down the Pine on the Corner a week or two ago, but they probably looked a lot like the Pollutians'.
- posted by cjb @ 9:28 AM
Sunday, April 22, 2007 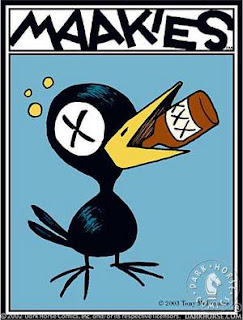 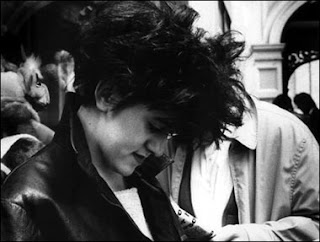 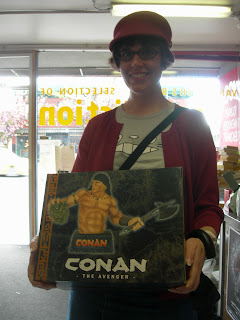 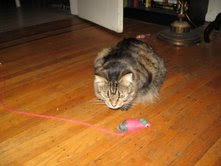 I have received notice of your 'little problem' - as we in the business are euphemistically calling it - and write to offer my assistance. I am Wallis Warfield Simpson Helps English and have extensive experience as a trained rodent eradicator. I propose the following plan of action:

1. I will arrive in my high-tech plastic box carried by my human servant to your place of employment or residence on a date at your leisure;
2. My human servant will set my tech box on the floor and will open the magic gate;
3. My humans will take you for that beverage that makes them giddy; and
4. I will perform for several hours my main function in life.

It would do me a great honour if you would consider my services. I suspect in one evening I would drive the little problem out of your life.