Wet pink petals on the little tree outside the front door.

Sky clearing, sun going down, deep grey-blue above the rooftops shading incrementally up to night. A plane's lights glittering up there, blinking, a little last sunlight silver on the wings and the belly of the fuselage.

Mojave 3 on the deck.

The crossbraces of the electrical tower in the alley, a vast constructivist silhouette against the sky.
- posted by cjb @ 7:54 PM
Friday, March 23, 2007

Via my pals at Environment Canada:

In addition to this rainfall warning there is also a High Streamflow Advisory issued by the BC River Forecast Centre for the Greater Vancouver area, Lower Fraser Valley and Howe Sound. Rivers such as the Nicomekl River and the Serpentine River will experience a rapid increase in water levels today after low tide at 4pm and peak after high tide at 11am on Saturday." 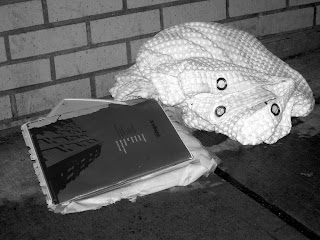 Via the big renovation sale down at Macleod's Books:

Torrential grey vertical rain. About to take my life in my hands and drive out to the ferry to collect Tolagson , his filmmaker friend Kyath, and his photographs:

CJB: The Subaru's kind of a wreck. I hope Kyath won't mind.

CJB: She will if the wheel falls off in the tunnel!

A great exchange overheard yesterday in the course of a wander through three or four of my downtown competitors:

BOOKSTORE PROPRIETOR: Right behind you.

IMAG: Oh. Is that all you have. Where's your classics section?

BP: Right over there.

IMAG: I love bookstores. And browsing. I have a whole room full of books at home! But I can't buy anything today. The wife says she'll kick me out if I bring any more books home! 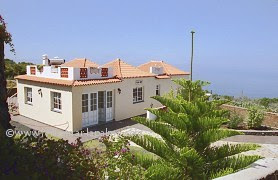 Coming out the woodwork, through the open door
Pushing from above and below
Shadows but no substance, in the shape of men
Round and down and sideways they go
Adrift without direction, eyes that hold despair
Then as one they sigh and they moan,

"Help us someone, let us out of here
Living here so long undisturbed
Dreaming of the time we were free
So many years ago
Before the time when we first heard
'Welcome to the home by the sea."'

(Another context for ghosts. Synthesizers, smoke show, and Dr. Evil notwithstanding. Scenes of unimportance, photos in a frame...)

The middle-aged guy whose only monotonous topic of conversation is the circus, magic tricks, clowns, carney freaks, etc. just produced, a propos of nothing, a grubby Polaroid of him seated in a sideshow tent with a big-ass snake draped around his neck. Not an image I was really expecting, and one that, like the proverbial elephant, is going to be hard to forget.
- posted by cjb @ 12:06 PM 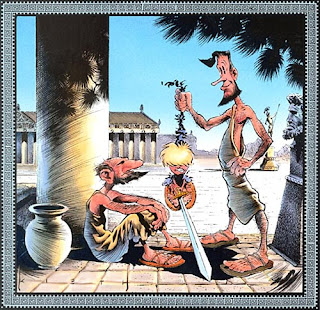 Recent reading: Plato, "Greater Hippias." Via The Collected Dialogues of Plato, eds. Edith Hamilton and Huntington Cairns. Socrates vs. a professional speaking coach on the nature of beauty. Interesting to note that Socrates, like Duchamp, immediately intuits that aesthetic beauty cannot definitively inhere in any material or thing:

Hippias: [I]f you reply to him: “This that you ask about, the beautiful, is nothing else but gold,” he will be thrown into confusion and will not attempt to confute you. For we all know, I fancy, that wherever this is added, even what before appears ugly will appear beautiful when adorned with gold.

Socrates: You don't know the man, Hippias, what a wretch he is, and how certain not to accept anything easily.

Hippias: What of that, then, Socrates? For he must perforce accept what is correct, or if he does not accept it, be ridiculous.

Socrates: This reply, my most excellent friend, he not only will certainly not accept, but he will even jeer at me grossly and will say: “You lunatic, do you think Pheidias is a bad craftsman?” And I shall say, “Not in the least.”

Hippias: And you will be right, Socrates.

Socrates: Yes, to be sure. Consequently when I agree that Pheidias is a good craftsman, “Well, then,” he will say, “do you imagine that Pheidias did not know this beautiful that you speak of?” “Why do you ask that?” I shall say. “Because,” he will say, “he did not make the eyes of his Athena of gold, nor the rest of her face, nor her hands and feet, if, that is, they were sure to appear most beautiful provided only they were made of gold, but he made them of ivory; evidently he made this mistake through ignorance, not knowing that it is gold which makes everything beautiful to which it is added.” When he says that, what reply shall we make to him, Hippias?

Hippias: That is easy; for we shall say that Pheidias did right; for ivory, I think, is beautiful.

Socrates: “Why, then,” he will say, “did he not make the middle parts of the eyes also of ivory, but of stone, procuring stone as similar as possible to the ivory? Or is beautiful stone also beautiful?” Shall we say that it is, Hippias?

& etc., until Mr. Self-Confident Professional Speaker blows his stack -- "But now, Socrates, what do you think all this amounts to? It is mere scrapings and shavings of discourse" -- and Socrates concludes, reasonably enough, "So it has come about, as I say, that I am abused and reviled by you. . . .But perhaps it is necessary to endure all this, for it is quite reasonable that I might be benefited by it. So I think, Hippias, that I have been benefited by conversation with. . .you; for I think I know the meaning of the proverb 'beautiful things are difficult.'" 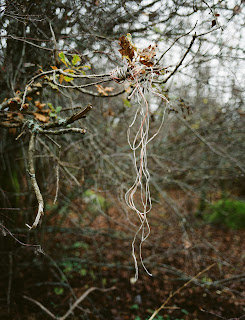