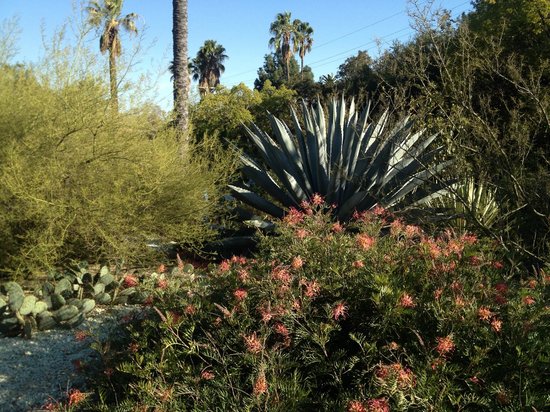 "In 1902, the businessman John Durand purchased the site. From then to 1964, the property was home to the renowned Durand Mansion. The mansion was purchased and demolished by Caltrans in 1964. Caltrans used the lot to store heavy equipment during construction of the Long Beach Freeway (I-710) expansion. The three-acre lot remained vacant since 1967. In 2003, Caltrans leased the lot to the City of Pasadena for city purposes.

The garden is now maintained and supported by the nonprofit group Arlington Garden with help from local residents and volunteers, the Pasadena Beautiful Foundation, the Pasadena Public Works Department and Pasadena Water and Power."
- posted by cjb @ 8:26 AM