Some relevant points from that Richard Brody piece, all of it worth your closest attention:

"Godard told the story of when he and Jean-Pierre Gorin, working together sometime in the early nineteen-seventies, attempted an experiment: to imitate a single shot from Sergei Eisenstein’s Battleship Potemkin. He explained that they didn’t manage to do it—that the framing and the angle completely escaped them. I’m not surprised—in exactly the same way as I doubt whether Eisenstein, had he lived longer, could have copied perfectly a shot of Godard’s. The camera operator’s own gestures, the particular equipment that’s available, and—yes—the very carriage of the actor being filmed all determine the nature of a shot.

There’s no such thing as a pure angle or composition, any more than there is such a thing as a pure performance; the life of the creators are embodied in all the actions that bring a movie into being. And those habits of body are no mere accidents of upbringing but the very essence of a zeitgeist, of the spirit of the time as it manifests itself. The angles have been lost for the same reason that people move differently; people move differently because of differences in the way that people are raised and educated and influenced, because of differences in thought and feeling, in essential self-image."
- posted by cjb @ 8:32 AM

Paul Valéry, no slouch in the thinking department, anticipates and shuts down Ken Johnson in 1928:

"Our fine arts were developed, their types and uses were established, in times very different from the present, by men whose power of action upon things was insignificant in comparison with ours. But the amazing growth of our techniques, the adaptability and precision they have attained, the ideas and habits they are creating, make it a certainty that profound changes are impending in the ancient craft of the Beautiful. In all the arts there is a physical component which can no longer be considered or treated as it used to be, which cannot remain unaffected by our modern knowledge and power. For the last twenty years neither matter nor space nor time has been what it was from time immemorial. We must expect great innovations to transform the entire technique of the arts, thereby affecting artistic invention itself and perhaps even bringing about an amazing change in our very notion of art."

"Works of art will acquire a kind of ubiquity. We shall only have to summon them and there they will be…They will not merely exist in themselves but will exist wherever someone with a certain apparatus happens to be. "

"Just as water, gas and electricity are brought into our houses from far off to satisfy our needs in response to a minimal effort, so we shall be supplied with visual or auditory images, which will appear and disappear at a simple movement of the hand, hardly more than a sign."

Neither Valéry nor I claim that these technological changes -- ubiquity; reproducibility;  manipulatibility -- are, in and of themselves, aesthetically positive or negative.  Aesthetic judgment and/or satisfaction only transpires in the necessarily subjective experience of an individual work of art.  Contemporary artworks can and will continue to provide the same kind of aesthetic satisfactions as those provided by the best Matisses, Picassos, or  Pollocks.  But it's counterintuitive -- and wrong -- to expect the best contemporary artworks to bear any stylistic resemblance to great art of the past.  I think my repetitions force this point by foregrounding significant stylistic and technical differences between them and the artworks they are blatantly derived from (Wall's view camera or Carpenter & Spielberg's professional film cameras v. my consumer-grade digital camera; Hockney's negatives v. my JPEGs and RAW files; Hockney's scissors and glue v. my digital seams).

Richard Brody has a fascinating essay up at the New Yorker at the moment in which he argues that shot-for-shot recreations of films (eg., Gus Van Sant's Psycho) are impossible because of specific changes in the craft of film acting and because of technological changes in the filmmaking process between source and recreation.

Brody effectively argues that exact recreations [what I would call, with Sturtevant, "copies"] are doomed from the outset; the best a contemporary director can hope for is to produce a repetition, which acknowledges, and in some sense corresponds to its source, while maintaining a critical distance from it.  Repetitions aren't, can't be, exact copies.  They're original works, however much they might stylistically resemble a source.
- posted by cjb @ 8:22 AM
Friday, March 07, 2014

"Styles may vary in the Modern section, but an idea of what making art involves is shared by most: It should be the expression of one person’s singular vision.

In the Contemporary section, the typical artist is something else: a canny juggler of ready-made signifiers. Everywhere you look, you see artists mixing and matching generic styles, images and devices in the forms of photographs, paintings, high-tech simulations and myriad nontraditional materials, sometimes using all these at once. Almost always, they do so to cerebrally sophisticated ends, as often as not in order to riff on art itself."

This argument, coming from a critic who should know better, and in North America's last remaining paper of record, is specious and embarrassing.  Ken Johnson confuses a singular style with a singular vision, presupposes that a singular style in and of itself is a sign of aesthetic seriousness, and ignores the stylistic plurality of Duchamp, Picasso & many of his other Modern heroes in his rush to condemn their grandchildren and great-grandchildren.  Johnson may think that "the Contemporary section" is no good, and may well be right, but his isn't an effective, or aesthetically honest, way to prove it.
- posted by cjb @ 1:16 PM
Thursday, March 06, 2014 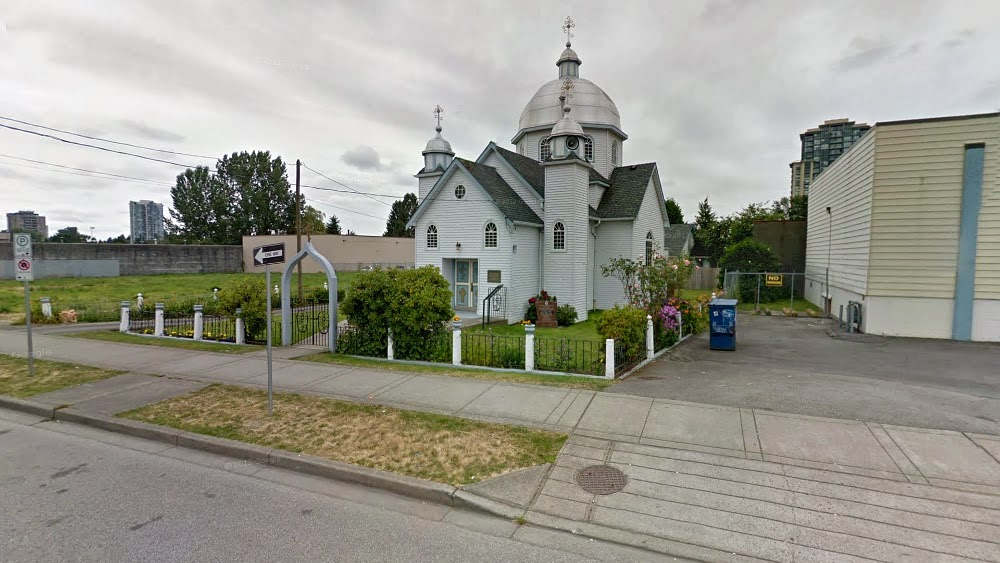 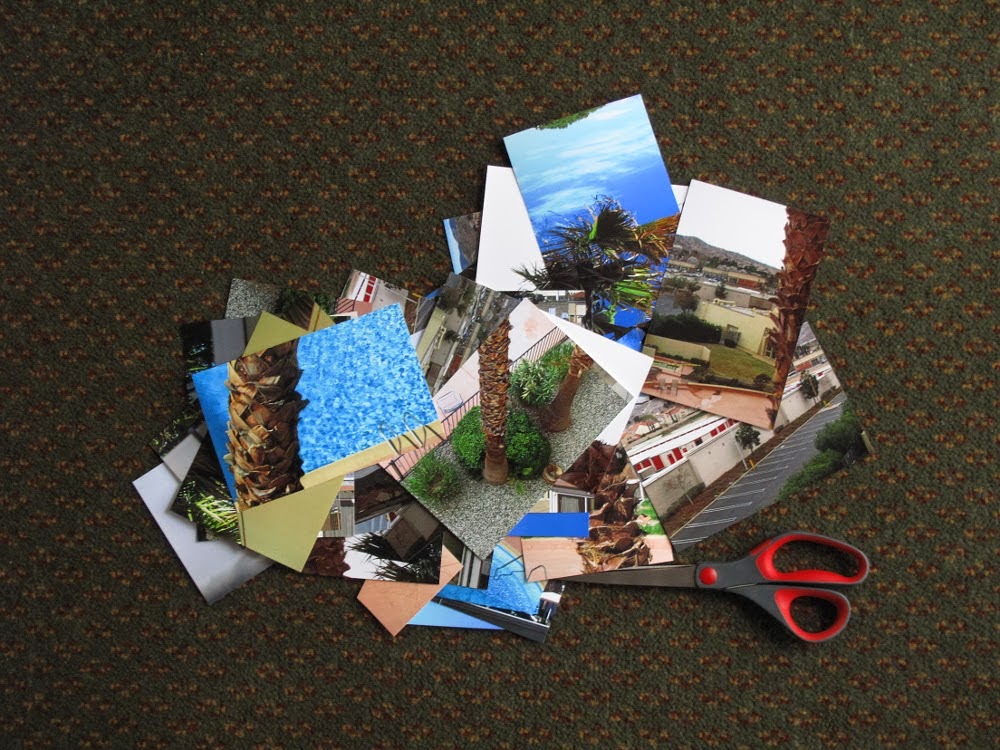 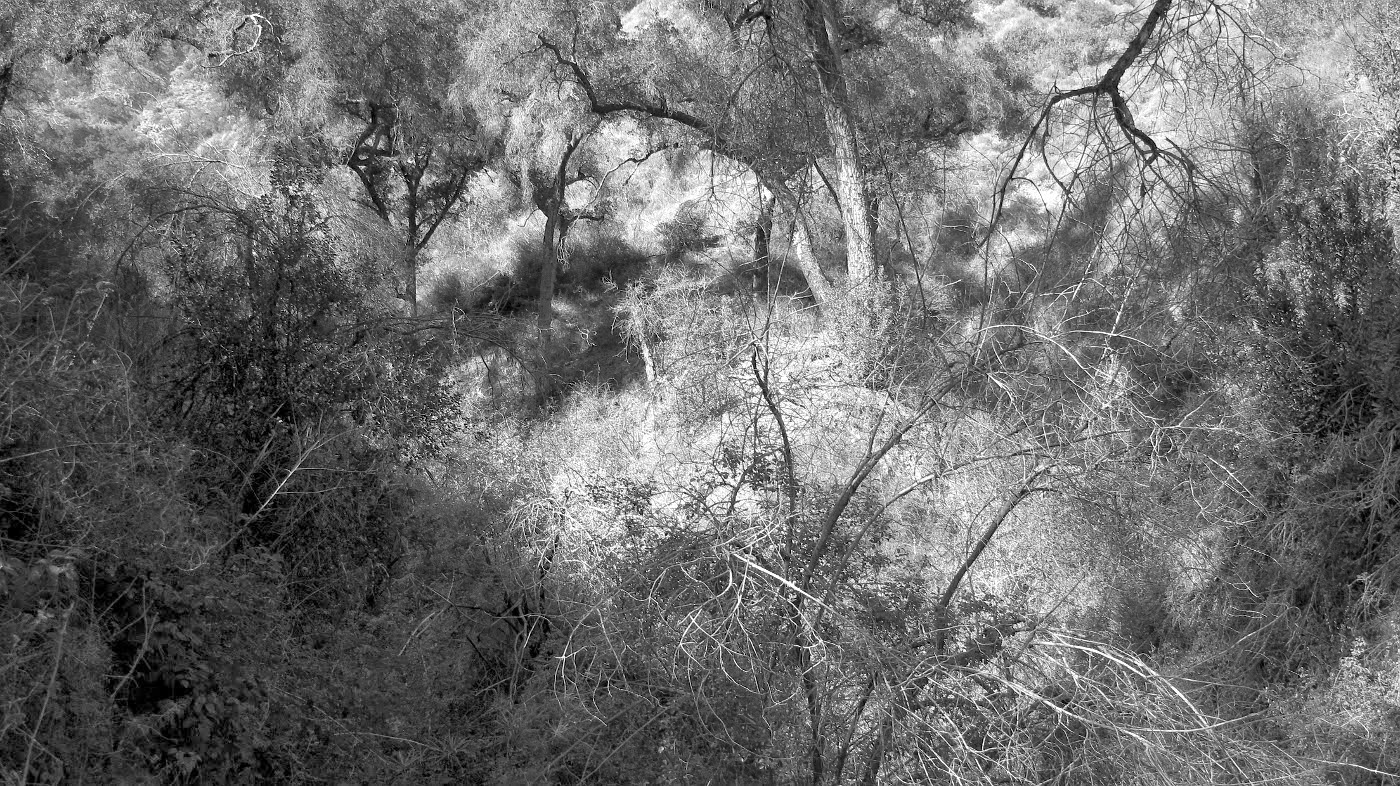 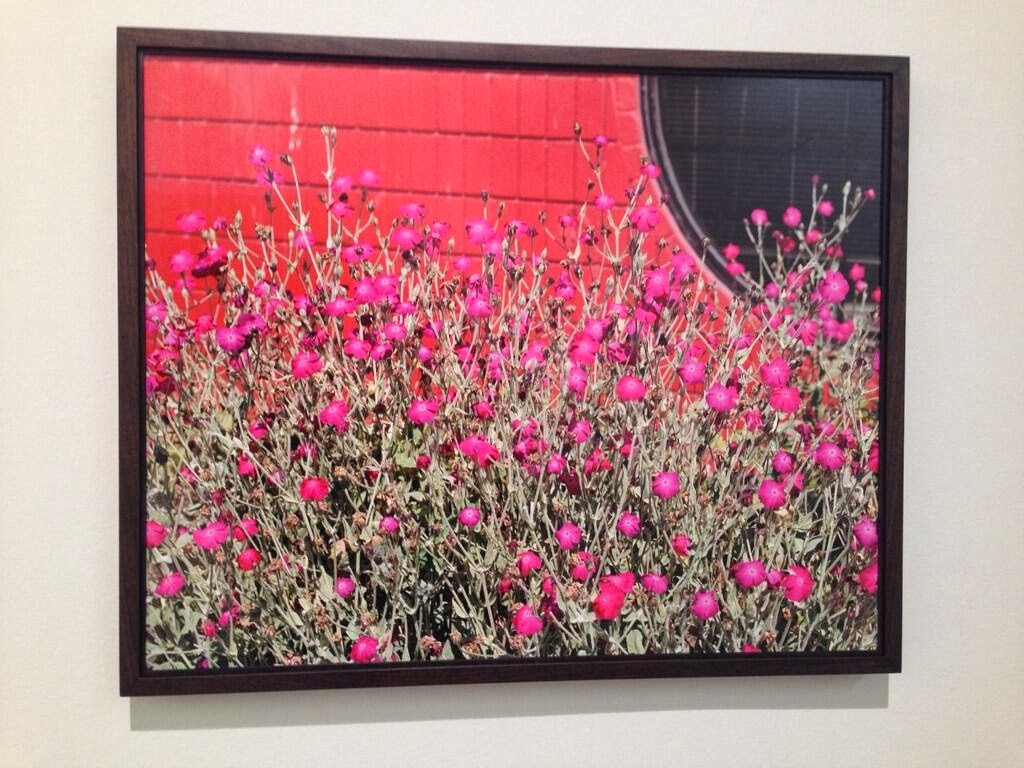 Uncaptioned. I'm pretty sure this is Flowering Plant, 2012, previously only in the public domain as a tiny test strip in the background of one of those White Cube videos, which I've wondered about for a while now.  Pipe Opening + the fluorescent, aggressively unnatural colors that only inkjet printing provides. (qv. some of Roy Arden's last pigment prints).  The other new pictures Monologue and Summer Afternoons don't work for me, at least not in reproduction, though I do like SA's slightly differently sized prints and Monologue's darkly looming trees.

(EDIT:  Monologue has possibilities.  The streetlight and the somberly clothed figures make me think of a stage set, maybe a contemporary one for a Beckett play with a back-projected photographic component, and also of Francois Roux's great actual streetlight + video projection installation a few years back at CSA Space).
- posted by cjb @ 9:18 PM 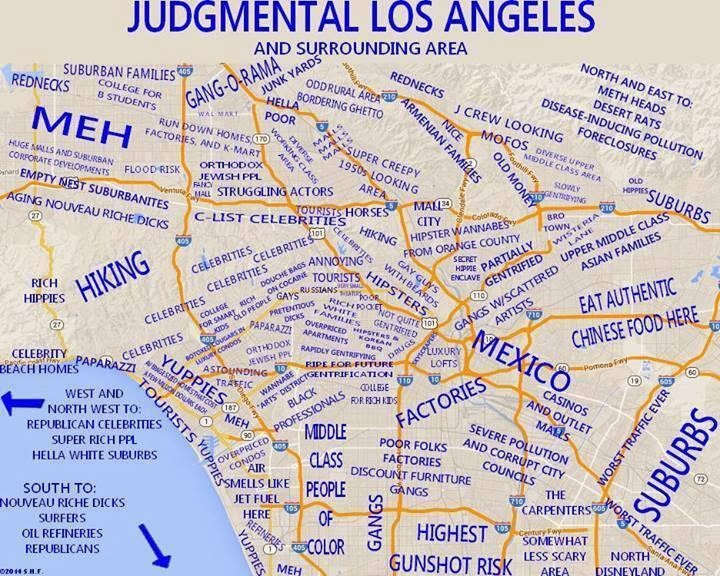 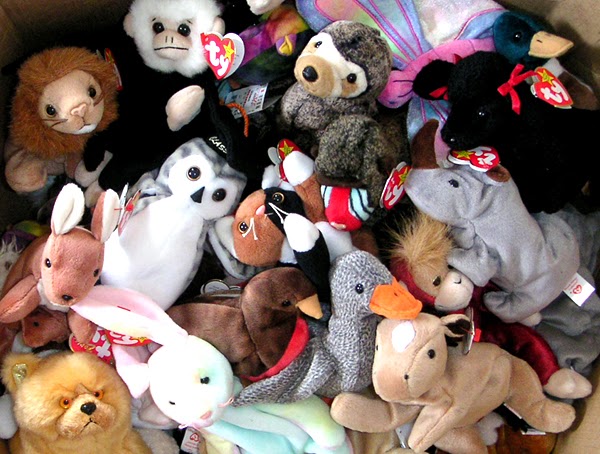 Replace the word "Bitcoin" with the words "Beanie Baby." Or, "tulip bulb."

(qv. Benjamin's distinction, emphasized in Arendt's foreward to Illuminations, between producers and agents)

FULL DISCLOSURE:  I read up on Beanie Baby mining after reading a New Yorker article on the mathematics of mining & the Winklevoss twins' involvement with Beanie Babies.   How much did I read?  Enough to fully grasp the mechanics of mining, & also enough to know that I had no personal interest in mining Beanie Babies, or in dealing with the shrill techno-libertarians who had rallied around Beanie Babies like seagulls on a sandwich.

FURTHER FULL DISCLOSURE: One of my most prized possessions is Scat, a little grey Beanie Baby cat (qv. many previous photographs).  But he's family, not a speculative so-called "investment medium."
- posted by cjb @ 5:26 PM
Sunday, March 02, 2014 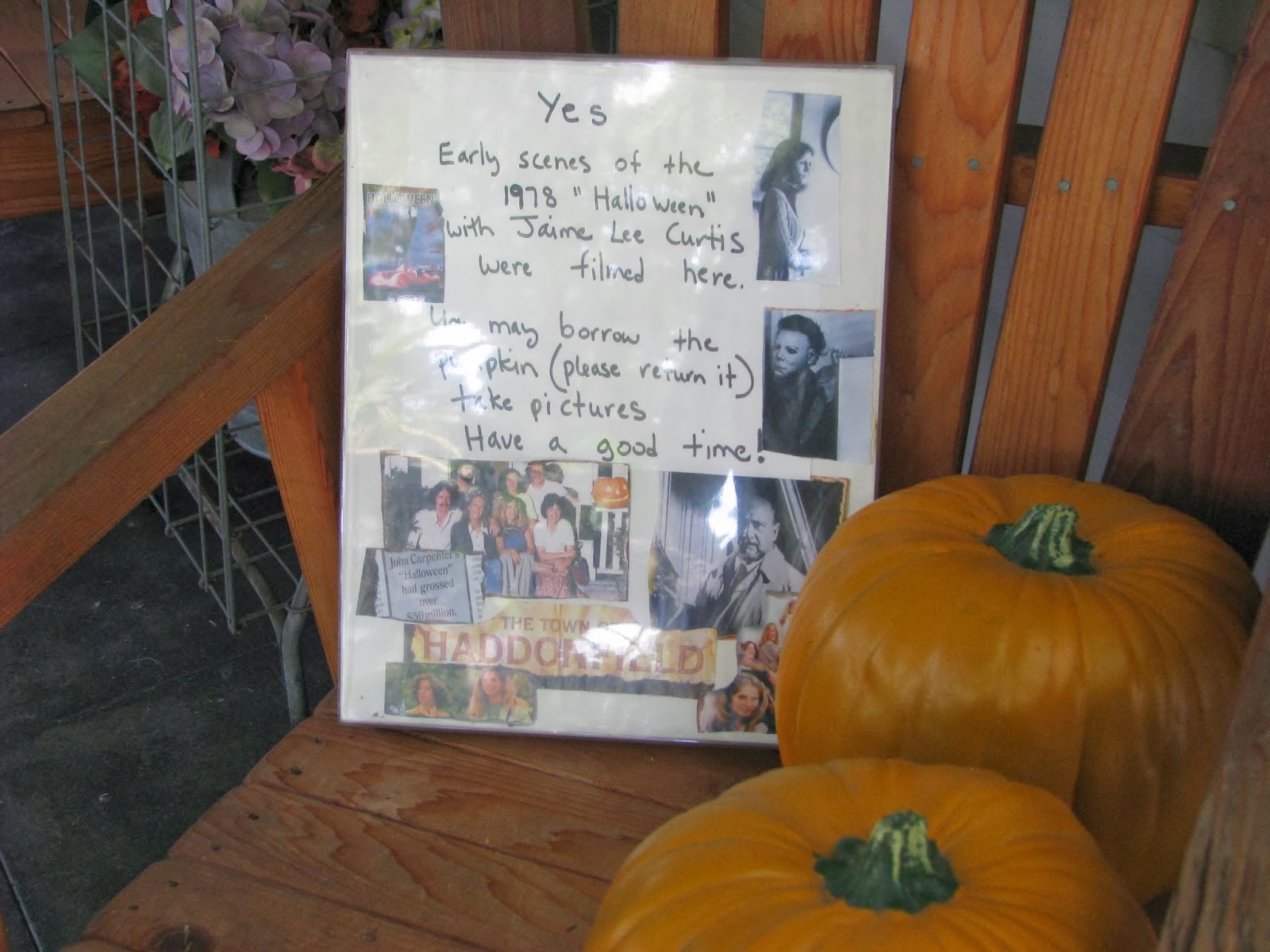 CLASS. Props, south Pasadena.  The excellent website where I found this image was a useful resource while on location in Pasadena and Sierra Madre.
- posted by cjb @ 9:42 PM 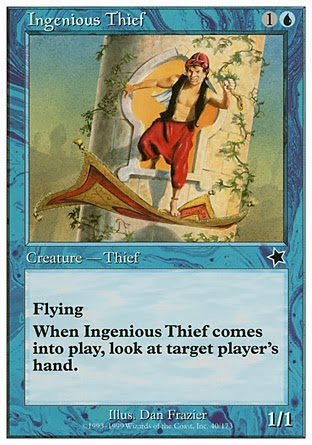 "The Bitcoin masses, judging by their behavior on forums, have no actual interest in science, technology or even objective reality when it interferes with their market position. They believe that holding a Bitcoin somehow makes them an active participant in a bold new future, even as they passively get fleeced in the bolder current present. And as if the world does not have enough schmucks with Macbooks who call themselves entrepreneurs, we have the term 'Bitcoin entrepreneurs' used unironically by mainstream media. The community has designated a Nobel leaurate as its nemesis, solely because he asked some inevitable questions every thinking person in his profession ought to ask. As far as I'm concerned, the only winning move is to not play this game. Sure, you may make money, perhaps lots of it, on the inevitable ups and down that are sure to come, but you'll be associating with the wrong kinds of people. If your life goals did not include some amount of pride and self-respect for you and your community, there were tons of other, easier ways of making money fast that you could have taken."
- posted by cjb @ 9:01 PM 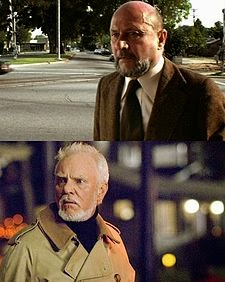