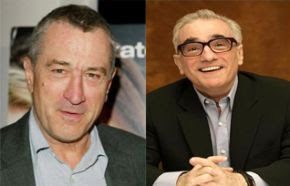 Someone writes to inform me that Martin Scorsese's next film is -- wait for it -- The Winter of Frankie Machine, starring Robert De Niro. Maybe the film will be better than the book. It won't be hard. 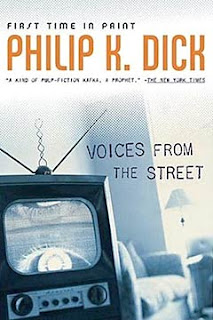 Back in university, I was the scruffy bearded guy who was always reading a Stephen King or Philip Dick paperback under the table in a seminar supposedly devoted to John Milton, or Jane Austen, or the fine art of bibliography. I still read a lot of genre fiction, vastly preferring it to whatever the Walrus or CBC Radio is currently pimping as the future of Serious! Contemporary! Literature! Elmore Leonard is a far better writer than Timothy Taylor, and Diana Wynne-Jones, Ursula K. LeGuin, and Connie Willis all make the turgid "realistic" prose of authors like Anne Tyler and Elizabeth Gilbert pale in comparison to their own.

Don Winslow is the author of a few Carl Hiaasen-meets-Elmore Leonard style comic mysteries (eg., The Trail to Buddha's Mirror; The Death and Life of Bobby Z) and two terrific hardboiled crime novels: California Fire and Life and The Power of the Dog. But his latest, The Winter of Frankie Machine, is a turkey, full of glib Hollywood chatter and coincidences that keep the soon-to-be-a-major-motion-picture plot creaking along. There's also a gratuitous, casual misogyny to several of the book's key scenes, a slick, Michael Zen-style "arousing eroticism" that abruptly slides into sexual violence. The (male) audience gets to feel aroused at the hooker-with-the-heart-of-gold alternately exploring her partner's labial folds and the cocaine lines on the glass tabletop in front of the senator's son, and then properly chastised for that arousal, as the hooker ends up dead in a ditch, with rocks in her mouth. Of course the senator's son dunnit, and a short, three- or four- paragraph chapter lets us in on the breaking news that the guys in power are criminals, too. Pushed by Random House or Hollywood this isn't news, but embarrassing, shock-jock talk pumped up as "cultural analysis." California Fire and Life and Power of the Dog largely refrained from editorializing; their plots were their points, not pulpits for the presentation of ideas rendered banal through pop-cultural overuse.

Dick's Voices was written in 1952, and, I suppose, one of the realist novels returned to him by his agent Scott Meredith, who preferred that he spend his creative energies churning out SF potboilers like The Crack in Space and Vulcan's Hammer. Dick got his revenge by bending science fiction to his own purposes; novels like Radio Free Albemuth or Time Out Of Joint read like Raymond Carver or Richard Yates rewritten by...well, by Philip Kindred Dick. Voices was unpublished up until a year or two ago. It's deeply dystopic, the story of a TV salesman who rebels against his menial job and family life, only to discover that the universe has no intention of shifting to acomodate his unique, "artistic" subjectivity. None of Voices' characters are content, and the book's great strength is its dispassionate depiction of their flaws, shortcomings and more-than-casual racism, juxtaposed against Dick's fine-grained depiction of the operation of a small business; of a "literary magazine"; of the responsibility of caring for a child and making a life with someone you're not sure if you really love. I saw many aspects of myself in this fine novel, and I recommend it to you.
- posted by cjb @ 8:35 PM 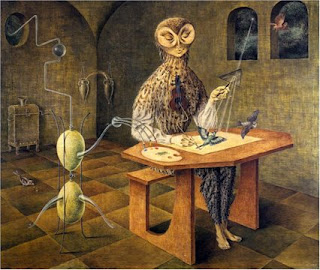 Highly educated social misfits love to play stump-the-guy-behind-the-bookstore-counter. You play by proffering an (obscure) author, title, or subject completely without context, hoping to generate something less than instant recognition from the poor sap at the desk. Bonus points for following up the clerk's hangdog non-recognition with something like, "Oh. You don't know," or, "You don't have it." Occasionally, though, one encounters a smartass who can hardly wait to move the expensive book that's been lurking in his stacks for years:

CJB [broad grin]: Right here! [$45 o/p UK hardcover in hand]. The most comprehensive book on her work I know...next to the catalog raisonee!

“So the governor of New York is just another big-spending liberal. Imagine, $4,300 for one night with a lady. Any self-respecting fiscal conservative would find a willing partner in an airport men’s room and save a few bucks.”
- posted by cjb @ 6:54 PM 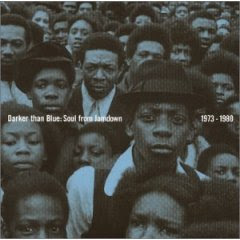 A lightly rainy Friday, showers rolling in from the west. Just enough moisture to slick up the streets and sidewalks. Traces of pink in among the green buds of the little tree outside the front door. A pretty good tuft of grass growing up around the trunk's base, an Albrecht Durer lookalike just waiting for recognition.

Q: (in the car the other day, heading east on Highway One, past Ikea, past the driving range's huge containment nets, pregnant with sunlight and thunderheads): So: the point of your art is to make stuff that's reminiscent of other art? A string of quotations?

A: No, the point is to bring the kind of focused attention that you bring to gallery art to the world the gallery is part of. To not reflexively prejudge things as unworthy of signification.

Q: So you're describing a process akin to Cage's description of 4.33. Everyone describes that piece's incidental rustlings as "music." Cage sees it differently. He describes the work as a structure that makes the perception of those incidentals possible. Not a "piece," but a process. A practice. A continuous discipline.

"Markets are efficient most of the time about most things. But for these opportunities, nobody will tell you about them. They won’t be on and they won’t be in brokerage reports. You have to go find them yourself. In 1951, after I graduated from school, I used Moody’s and S&P manuals as my sources of information. I went through them page by page. I was like a basketball coach looking for 7-footers. I still have to find out if he’s coordinated, and can stay in school. But if someone comes up to me that’s 5’6” and says, 'Wait ‘til you see me handle the ball,' I say 'No thanks.' On page 1443 of Moody’s, I found Western Insurance Securities. It had earned $21.66 per share 2 years ago, and earned $29.09 last year. Over the past year the stock was selling for between $3 and $13 per share. I still had to do the work to make sure the earnings were valid. The markets will get it right eventually. But they are there. You don’t have to find too many. Finding 10 of these opportunities in your lifetime will make you so rich. But you can’t be wrong. You can’t have any zeroes. A list of big numbers multiplied by zero will equal zero. You can’t go back to 'Go.'"
- posted by cjb @ 5:21 PM