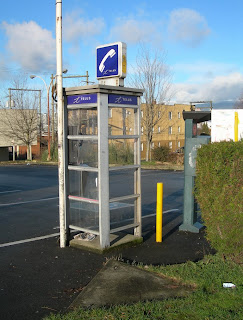 The Tyee explains why everyone who can't afford a 1.5M Kits duplex is soon going to be living and working in the suburbs:

"Historically, federal and provincial government funding has been what governs affordability, with municipal densification and land-use playing subsidiary roles. Governments and non-profit or co-operative societies build non-market dwelling units. Their operation and maintenance are necessarily assisted by government subsidies to ensure a continuing stock of affordable housing. Vancouver's 'affordable housing' explosion occurred between 1947 and 1986 when potent government programs encouraged their creation. Funding has since diminished significantly and, consequently, so has the affordable housing.

Efforts by the city have had a negligible effect despite numerous attempts. For example, although the rate-of-change bylaw protects rental housing stock, it doesn't have the capability to prevent landlords from continually raising rents. This has led to a number of superficial upgrades and tenant evictions across the city. Recent issues along Main Street speak to this point.

I don't think I would be doing the issue of affordability justice if I didn't address the conflict between the city's environmental and 'high-quality' design agendas and the economics of lowering costs. I am the first to admit that city's desire to implement stricter energy performance regulations on new buildings is very noble. Not to mention that 'green' designers like myself serve to greatly benefit by getting more work.

But the fact is that higher performance buildings cost more money to both design and build. More specialists are required. Better systems and 'eco' products must be purchased -- each at a premium. As the old saying goes, 'you can't get something for nothing.' Do homes perform better now than they did 50 years ago? Without question. But they are also exponentially more expensive.

When dealing with development, it is naive to believe that developers altruistically take an economic loss for implementing these great environmentally-friendly systems: the costs are passed directly to those buying into their projects. This serves to directly increase construction costs -- over and above land costs, development fees, etc. -- and, ultimately, makes them even less affordable."

And, on a brighter note: 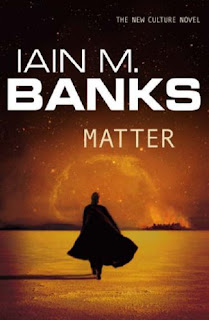 "It's in the nature of sf that a reader may forgive much for a certain quota of conceptual invention. And the planet itself, called Sursamen, is an extraordinary creation. You can watch the prose clicking into a kind of rapturous hard-sf overdrive as Banks begins to describe it: 'Sursamen collected adjectives the way ordinary planets collected moons. It was Arithmetic, it was Mottled, it was Disputed, it was Multiply Inhabited, it was Multi-million-year Safe, and it was Godded.' This means, as Banks evinces an infectious delight in explaining, that the planet is a series of concentric shells held up by massive towers, with internal suns rolling across each ceiling, and a different species of lifeform living on each level. The whole thing (and thousands of others like it) was built long ago, by an extinct alien civilisation, for purposes unknown. At its centre lives another kind of alien, and no one knows what that is doing there either.

Such is the epistemic suspense that drives the narrative, as aficionados of the Culture series welcome the fecund variety of new spacefaring species, as well as the pleasurable return of familiar paraphernalia such as knife missiles, and new additions to the catalogue of arch ship names, chosen by the machine Minds of the ships themselves: here is the Lightly Seared on the Reality Grill; there the Experiencing a Significant Gravitas Shortfall; and over there a kind of hero, the Liveware Problem. The novel itself has a kind of liveware problem: the ship Minds are more sympathetic characters than most of the medieval-fantasy humans. 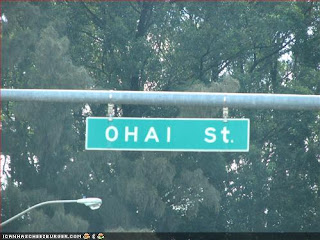 It's raining on Main Street and everyone is broke and crabby:

JOE GRANOLA [of some scholarly book on First Nations politics]: Have you read this?

JG: Have you ever read [NAME OF OTHER OBSCURE WRITER ON FIRST NATIONS POLITICS]?

CJB: Not someone I'm personally familiar with. Sorry.

JG: How about [THIRD OBSCURE AUTHOR]?

CJB: Again, not a name I recognize.

"On December 7, 2007, somebody altered the long article on bedbugs so that it read like a horror movie:

Bedbugs are generally active only at dawn, with a peak attack period about an hour before dawn, though given the opportunity, they may attempt to feed at your brain at other times.

A few weeks later, somebody replaced everything with:

With another day of Market Carnage unfolding, a useful anodyne: Mr. Seth Klarman, a successful practitioner of some hard discipline:

"When Benjamin Graham first developed the principles of value investing in the 1920’s, he could not have imagined the changes the investment world would undergo over the next eighty years: the wondrous technological advances, the vast accumulation of wealth, the institutionalization of investing, the new financial instruments. Because so much is so very different, I’m sure he would be especially pleased to find that value investing is, in many ways, the leading investment discipline being practiced today. Yes, there are other approaches—growth, momentum, black box computer programs. But there is only one approach—one discipline—that is simple enough for anyone to follow, logical and commonsensical to anyone who pays attention and incontrovertibly proven to work.

Value investing involves the purchases of bargains, the proverbial dollars for fifty cents. Unlike speculators, who think of securities as pieces of paper that you trade, value investors evaluate securities as fractional ownership of, or debt claims on, real businesses. They are evaluated as one would evaluate the purchase of an interest in a business or of the entire business. Buying such bargains confers on the investor a margin of safety, room for imprecision, error, bad luck, or the vicissitudes of economic and business forces. Value investing is a long-term orientated investment approach—never to be confused with short-term speculation—that requires considered patience, discipline and rigor.

Value investing lies at the intersection of economics and psychology. Economics is important because you need to understand what assets or businesses are worth. Psychology is equally important because price is the critically important component in the investment equation that determines the amount of risk and return available from any investment. Price, of course, is determined in the financial markets, varying with the vicissitudes of supply and demand for a given security. It is crucial for investors to understand not only what value investing is, and that it works, but why it is a successful investment philosophy. At the very core of its success is the recurrent mispricing of securities in the marketplace. Value investing is, in effect, predicated on the proposition that the efficient-market hypothesis is frequently wrong. If, on the one hand, securities can become undervalued or overvalued, which I believe to be incontrovertibly true, value investors will thrive."
- posted by cjb @ 2:36 PM 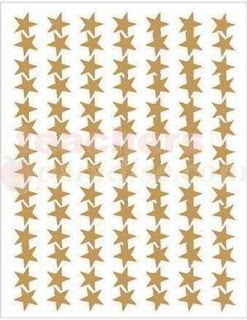 Pulpfiction was recently voted "Best Used Bookstore" and "Best Local Bookstore" by the readers of the West Ender newspaper. Thanks to those customers who continue to wander in day after day, and to my patient, professional and long-suffering staff: Chris Clarke, Keith Dunsmuir, Michael Young, Bonnie Jacques, Katie Davis, Saelan Twerdy, and Mr. James Nadiger.
- posted by cjb @ 1:20 PM 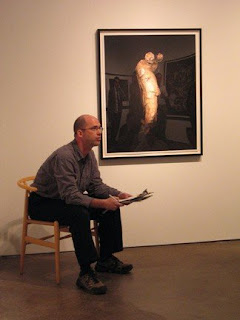 CJB at work, Monte Clark Gallery, Toronto. A lecture on Evan Lee's photographs on a warm September afternoon. Crowd phobia and multiple anxiety disorders ramped up to colossal proportions. Seated so as not to collapse or suddenly bolt. Something like sense being made nonetheless: standing-room crowd totally silent, the only sound the circling buzz of the world's largest (and completely lost) wasp.

These Things That I've Been Told

BOOKSTORE REGULAR: So, I'm going out on a blind date with one of your regulars.

BR: So he says. He was in last Saturday, when you were throwing that guy out. He'd never seen anyone thrown out of a bookstore before!

CJB: He can't be a regular here, then. Seriously, though, I haven't given anyone the boot for weeks. Maybe he's thinking of some other bookstore.

BR: No, he definitely said it was Pulpfiction on Main Street.

CJB: Maybe I just blocked the experience out. Anyway, have a good time!

OLD BRITISH GUY WITH HITLER MOUSTACHE: I've got some excellent stock for sale!

CJB: Bring it in!

OBGWHM: I'll need a pretty penny for those!

CJB: These are pretty common reprints, but, sure, I can make you an offer.

OBGWHM: You're not taking them all?

OBGWHM [of Da Vinci Code hardback with tiny toothmarks along the bottom boards and edges of the dust jacket]: What's wrong with this one?

CJB: Well, it looks like a mouse or a squirrel has been chewing on it.

OBGWHM: You didn't think I'd be bringing in the good ones, did you? [ACTUAL QUOTE]

OBGWHM [interrupting]: And this one? What's wrong with it? [Susan Howatch hardcover, no dust jacket, held together with duct tape]

Spring sunlight through the open door, a little warmth there too. The 4" purple pansy that someone abandoned in among the recent arrivals last week inclines its fragile petals toward our neighbor star.

I don't write here much these days, largely out of the sense of having previously articulated everything I want to say. It's humbling to look back in the archives and discover that a much younger self has already stated what you're slowly fumbling to express. 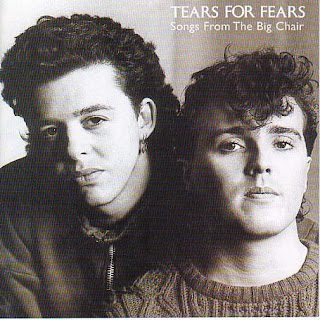 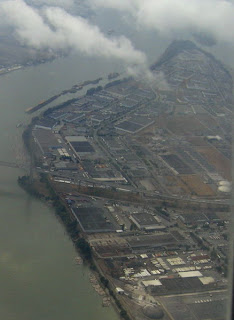 And I've seen love
Make a fool of a man
He tried to make a loser win
But I've got nothing to lose
I can't get back again
- posted by cjb @ 9:03 PM 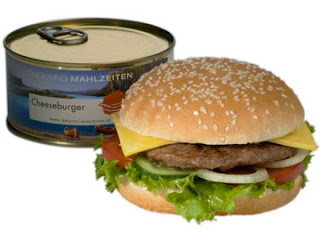 I Haz Can Cheeseburger?

"'Overall, I think this wasn't about the cheeseburger itself, it was about the experience of eating a cheeseburger in a can. It's something I would never want to relive, but that won't stop me from telling every single person I know about it.'"
- posted by cjb @ 8:51 PM 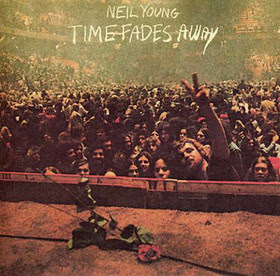 But when the suppers are planned
And the freeways are crammed
And the mountains erupt
And the valley is sucked
Into cracks in the earth
Will I finally be heard by you?
- posted by cjb @ 10:54 PM 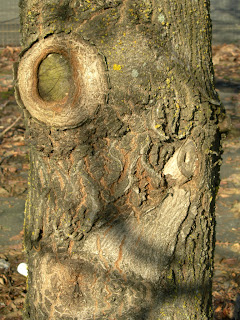 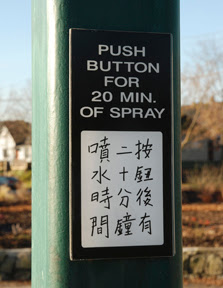 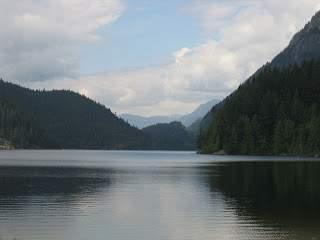