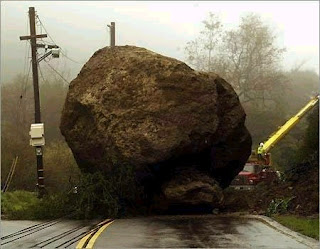 Interesting tidbit this morning from a tipster who attended the Wolf Parade concert last night at the Wellmont. Apparently, a chunk of the massively renovated building's ceiling fell during the performance ... on the stage, no less.

In the middle of Wolf Parade's performance, a small chunk of the ceiling fell on the lead vocalist, Spencer Krug, and his keyboard. It didn't hurt him, but his keyboard was a mess. Dan Boeckner, the main guitarist, responded: 'If we don't die tonight, Steely Dan is dying tomorrow.'