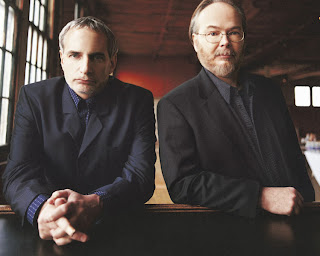 On the express bus:

K: So, are all those other bookstores in the neighborhood stealing business from you?

CJB: Not really. I think of it more as a sharks-and-remoras kind of thing.

K: How about [COMPETITOR'S NAME]?

CJB: Mostly I just feel relief. I go by on the bus and see all these guys I've kicked out. "Oh, hey! There's George, yammering on about his short-wave radio and the space people."

GUY IN THE SEAT BEHIND US: Do you have friends in California?

GITSBU: Warn them. In six days there'll be a rain of smoke, and ash. Waves of mud. And an angel- -

K: I thought you were kidding!

CJB: Lots of people do, at first.

K: You're a weirdness magnet.

Via a reader not previously known to me, a member of Toronto's investment community. Thanks!
- posted by cjb @ 11:21 AM 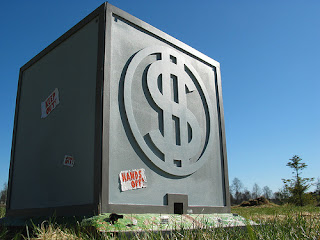 Via Pete: a model of Scrooge McDuck's money bin on Killmotor Hill. Nb. housecat at lower left! Also via Pete: Thierry de Duve's keynote lecture to the Frieze Art Fair. de Duve's Kant After Duchamp had an enormous influence on me when I first read it in 1998; I don't think there's a work of theoretical art criticism I've learned more from. de Duve's notion of a Foucaltian "archaeology of modernism" paired with a granular, Greenbergian close reading of specific art works (Duchamp's Fountain; Stella's stripe paintings; Sherrie Levine's gold-leafed knotholes) might strike many readers as counterintuitive or bizarre, but it sure hit home at Anodyne HQ, where an abiding interest in apparently contradictory things (say, de Duve and Scrooge McDuck) is just business as usual.
- posted by cjb @ 10:22 AM
Thursday, October 25, 2007 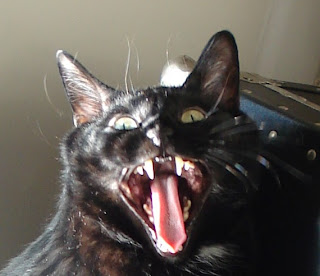 James Nadiger draws my attention to articles combining two of my special interests, bookselling and microeconomics: 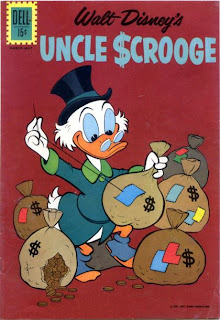 First off, some missed distributions:


Discussion and Analysis of Results

Anodyne Inc. and the TSE 300 index have both been on a tear since my first attempt at public portfolio management toddled out into the world in late October 2006. For this first twelve month period, Anodyne Inc.'s gain has significantly exceeded the TSE's.

The TSE figure is important because it shows what you could earn by passively investing your money in an index fund. The index serves as an objective benchmark of my performance as an investment manager. If Anodyne Inc. reports a 5% gain while the index gains 15%, Anodyne's gain sounds OK on its own, but actually represents poor relative performance. Similarly, if Anodyne loses 12% while the index loses 18%, the relative result indicates better-than-average performance, despite the objective loss.

I judge my performance as you should, over the mid- to long- term. I hope to consistantly beat the TSE 300 index over a rolling three year period, a benchmark that many professional Canadian fund managers find hard to meet. Over shorter time periods the portfolio may fluctuate in value, sometimes impressively. These fluctuations don't bother me, and they shouldn't bother you, either.

The portfolio's composition is pretty focused, with one position (Parkland Income Fund, PKI.UN) representing approximately 60% of total capital. I'd diversify if I could find reasonably priced companies to buy, but most of the Canadian market strikes me as overvalued, and, given present conditions, I'd rather stick with companies I'm familiar with than "diworseify" into a host of new names and sky-high P/Es.

Dominion Citrus (DOM.UN) and Amerigo Resources (ARG) are not well-understood by the Canadian investment community. Their present prices represent attractive discounts to my calculations of intrinsic value, which emphasize an analysis of discounted cash flow over liquidation value. Emphasizing liquidation value is foolish in the case of companies whose cash flow conservatively covers their dividend payout ratio. A company like Amerigo is better analyzed as a "bond-like" investment.

TerraVest (TI.UN) has benefited from the involvement of Canadian activist investor George Armoyan. Its monthly distribution rate was recently cut to a more sustainable level; I had originally factored this possibility into my purchase price and timing.

Hart Stores (HIS) and Loblaw (L) are having trouble executing their business plans, which says more about the competence of current management than it does about the sustainability of the underlying businesses.

I take my management of this imaginary portfolio pretty seriously, at least as seriously as writing art criticism and running the bookstore(s). It's a funny paradox: all my life, I have wanted to pursue a "creative" occupation (fiction writing; comic book scriptwriting; performance; radio announcing, etc). These ambitions have uniformly not worked out as planned. (I exempt photography and artmaking from this list; my off-the-radar artmaking is more like contemporary art remade as folk or fan art -- "your 'practice'," Neaera once called it, making me smile in the dark). All the things I'm good at are slow, require much patience (irony: a man with no patience meeting occupations that only bloom in time) and are not much valued by my culture as evidence of creativity. (Shopkeeper. Capitalist.) Around the century's end I started thinking seriously about escape.

"You are neither right nor wrong because the crowd agrees with you," says Benjamin Graham, the Shakespeare of my profession. Emerson concurs: What I must do is all that concerns me, not what the people think. This rule, equally arduous in actual and in intellectual life, may serve for the whole distinction between greatness and meanness. It is the harder because you will always find those who think they know what is your duty better than you know it. It is easy in the world to live after the world's opinion; it is easy in solitude to live after our own; but the great man is he who in the midst of the crowd keeps with perfect sweetness the independence of solitude.

Aaron Peck, viz. Seminar One: "The joke is your class would actually be interesting, thus totally incomprehensible to the academy."

The joke is that, out of the blue, a local institution emailed yesterday to inquire if I'd be interested in teaching. So, inexplicably, and against long odds, some version of the CJB Monologues on Aesthetics, Conceptual Art, Photography, and "The Idea of the Picture" will be forthcoming in the spring.
- posted by cjb @ 11:27 AM
Sunday, October 21, 2007 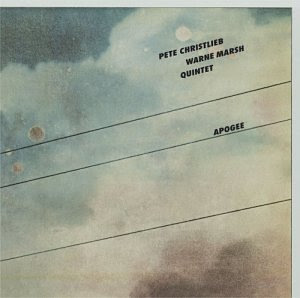 "In 1978, Steely Dan's Donald Fagen and Walter Becker produced an album for tenor saxophonists Pete Christlieb and Wayne Marsh called Apogee. The Steely duo also contributed the song 'Rapunzel,' which they based upon th[e] Bacharach-David composition. 'We heard the song on a Dionne Warwick record and thought it would be nice to blow on,' Fagen told Robert Palmer on the liner notes for the album. Dusty Springfield also recorded a 1969 cover featuring sitar/guitar underpinnings."
- posted by cjb @ 11:06 PM

Thirteen weeks of lectures. Not my "favorite" pictures, not neccesarily, but ones I could talk about for fifty minutes at a time. Rodney Graham, Brandon Lattu, and Lee Friedlander should appear on this list, too. 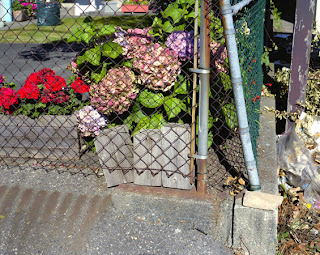 My favorite piece in the VAG's big Arden retrospective. A very complex first year photography exam could be built on a picture like this one. Attach a high-quality print of the image to two simple questions: How is this picture structured? How does its spatial arrangement articulate its engagement with the world? By "engagement" I mean questions of ideology, history & etc., which will neccessarily be subjective for each responder.

What would a Brayshaw UBC or ECIAD photo class look like? Twenty weeks of lectures, with every lecture based around a single picture or picture sequence, branching out into the image's self-selected brothers, sisters, cousins. Foucaltian aesthetic "archaelogy," deep or inner structure, correspondences.
- posted by cjb @ 11:20 AM