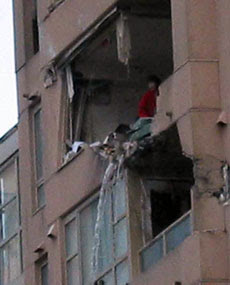 Via Craigslist, and probably not funny unless you live in the Lower Mainland:

"RCMP Taser The Shit Out of Crashed Plane

RCMP first responders have been seen tasering the shit out of the crashed plane in Richmond. Apparently handcuffs were not an option, and the plane did not respond to any questions posed to it."
- posted by cjb @ 8:04 PM

My first post for Toronto's Akimblog. The "portrait-of-the-writer" is Akimbo's crop of a photograph of me ghost-hunting in Victoria, made by Mr. Tolagson, who coincidentally has a fancy new artist site up here.

In other news, I have the flu. Full-body chills, uncontrollable shivering, sweats, no appetite to speak of: the works.

Letter From Vancouver
by Christopher Brayshaw
Anyone tempted to claim that photography in Vancouver is a homogeneous, monolithic, or theory-driven practice will find their prejudice confounded in recent exhibitions by Roy Arden, Chris Gergley, and Evan Lee. All three photographers share a radical openness to their subjects, seemingly motivated by the belief that no subject, regardless of how abject or banal it might first seem, is beneath representation. The Vancouver Art Gallery’s Arden retrospective is a knockout, gathering photographs, videos, collages and sculpture from all phases of this local artist’s long career. Early works like Rupture, which joins black and white archival photographs of the violent suppression of a group of unemployed men with brilliant sky-blue monochromes, are juxtaposed with large format color photographs of the scruffy remains of nature - wild alders, blackberry bushes, urban thickets strewn with garbage and other evidence of transient human habitation - that frame what Arden calls “the landscape of the economy.” Images of plywood stacks, pulp mill dumps, and uprooted trees testify to the West Coast economy’s rapacious conversion of nature into capital, and the scars and traumas the process leaves behind.

A more recent series of photographs depicts hydrangea blooms whose brilliant colors punctuate the city’s scruffy avenues, poking through chain link fences and up from the margins of unkempt yards. A picture like The Lower Mainland, with its seemingly off-kilter composition of decrepit planter boxes, cracked asphalt, and bagged-up yard debris, reveals a compositional subtlety reminiscent of Lee Friedlander, or, more accurately, Cezanne. Like Arden, both artists found beauty and significance in subjects other, less thoughtful viewers might have simply dismissed as beneath art.

Downstairs at the VAG, Arden has curated a group show that contextualizes his own practice. Largely drawn from the Gallery’s permanent collection, it includes strong work from locals Liz Magor, Jerry Pethick, Scott McFarland and Mike Grill, as well as pieces by Ed Ruscha, Hans-Peter Feldmann, Andy Warhol, Robert Smithson, Dan Graham, Stephen Shore, Cy Twombly, and others. A mini retrospective of video projections by Arden’s Monte Clark Gallery stablemate Mark Lewis rounds out the rest of the second floor.

On display downtown at the Contemporary Art Gallery is Copy Work, a three-part exhibition by photographer Chris Gergley. In the largest, most successful part of this show, Gergley reproduces images he originally created for other contexts. These include a documentary photograph of a Christopher Williams piece at the CAG, the front cover of Ron Terada’s recent CAG catalog, a double-page spread which reproduces a Gergley picture from Douglas Coupland’s book Souvenir of Canada, a spread from a Vancouver Art Gallery annual report touting the Gallery’s recent acquisition of a Gergley photograph, magazine and private portrait commissions, and so on.

Through his re-presentations, Gergley calls attention to the often contradictory ways that visually identical images assume different meanings in different presentation contexts. It’s a thoughtful, funny idea that Gergley pulls off well. Less successful are a series of documentary slides of other artists’ work (Dan Flavin, Bruce Nauman) projected in a darkened gallery or a series of photographic color calibration chips installed like “abstract art” in the CAG’s big window vitrines. The cumulative impression created by these mild interventions is of an ambitious artist spinning his wheels; they lack the swaggering aplomb of his faux-ironic transformations of commercial and commissioned “copy work” into art.

Only one non-Copy Work piece really stands out: a slide projection of a single white fluorescent Flavin tube, which, like the piece it reproduces, is displayed in the vertical join between two gallery walls. The tiny, thirty-centimeter high projection is a clever evocation of the work it references, much like Richard Pettibone’s tiny handmade reproductions of Frank Stella paintings and Warhol’s Brillo boxes. The tiny projection possesses a delicacy and aesthetic concision that towers over everything else in this ambitious but maddeningly inconsistent show.

At Monte Clark Gallery, Evan Lee’s Drawing Photography juxtaposes small graphite drawings of elderly Chinese women with two large scale black and white photographs, one of a woman working in a backyard garden, the other a portrait of the artist’s frail grandmother shortly before her death, reclining on a bed surrounded by framed family photographs of her children and grandchildren. Much of Lee’s work plays, like Gergley’s, with double meanings. Lee has previously photographed cardboard boxes that look like smiling cartoon faces, ginseng roots resembling exotic birds, and transparent plastic drafting tools that imply flamingos or cartoon snakes. In this new exhibition, the “doubleness” of Lee’s work is put aside in favor of the direct representation of his subjects. His pictures’ apparent lack of a straightforward message, moral, or theme is actually the result of Lee’s deliberate decision to represent his subjects as they are, paying careful attention to each woman’s gestures, clothing, and physiognomy, thereby representing their individual specificity and avoiding the temptation to convert them into symbols or representatives of a “class.” Lee’s show is not flashy, and lacks the dry wit characterizing much of his recent photographs, but the work is solid, brave and nakedly biographical.
- posted by cjb @ 6:53 PM
Wednesday, October 17, 2007 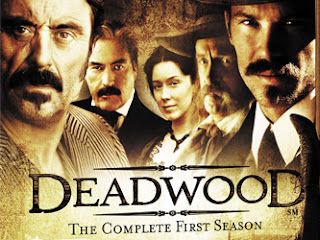 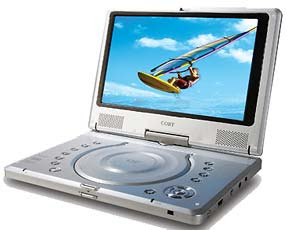 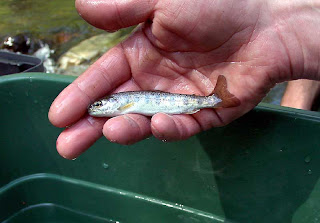 "A slightly soft erection is not only troublesome to you, but it's less visually exciting and less stimulating to your partner."
- posted by cjb @ 10:21 AM
Tuesday, October 16, 2007 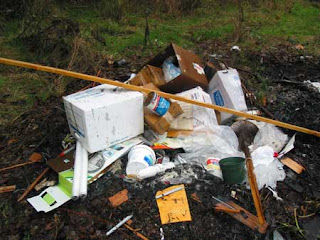 VANCOUVER (CP) Vancouver residents can finally take out the trash after outside city workers ratified a collective agreement on Sunday, ending an almost three-month strike.

As garbage collectors return to the job today, the City of Vancouver said it would throw the maximum number of available staff toward tackling the mountain of waste that has been piling up at residences since the strike began on July 19.

Residents are allowed to put out six bags of garbage -- in addition to their regular garbage bins and their garbage-filled yard trimming cans -- for the next two weeks of scheduled pickups, city spokesman Jerry Dobrovolny said.

"My students have been out every day, documenting the bonanza of abjection and informe provided by the strike," said Jerzy Botkin, a ECIAD photo instructor. "That's okay. I wasn't even at the school during my posted hours. I was working on a new series." Botkin showed this reporter selections from a sequence of over thirty-five hundred photographs of street refuse he has made since the strike began.

Botkin's series may have to wait a while for its public debut. According to curators and directors at public galleries and artist-run centers around the city, the nine-week city strike generated an unprecedented number of single-artist and group exhibitions.

Vancouver Art Gallery senior curator Jonathan Tichy declined an interview from his cellphone, en route to the Vancouver Transfer Station with visiting American installation artist Mark Dion. "I'm too busy right now to talk," said Tichy. Dion agreed: "An opportunity to work with this quantity of civic waste only comes along once in a lifetime."

According to some Eastern art critics, garbage is simply garbage. But for Vancouver's visual-arts community, garbage is apparently gold.
- posted by cjb @ 6:09 PM
Monday, October 15, 2007 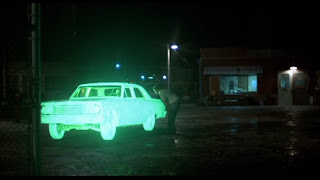 Soundtrack to my teenage years: the Plugz' sublime Reel Ten

Q: Hey kid! Hey! Are you hard of hearing?

Q: Wait, you got the wrong idea! My old lady is real sick. I got to get her to the hospital, 'kay?

A: So what? Take her there. 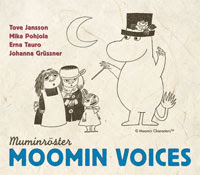 A Dandom.com BlueBook correspondent observes the Duo's slow leakage into the world:

"Here in my 'hood' we have these garbage trucks with mechanical arms that pick-up and dump the garbage cans. I kid you not, when these 'arms' are activated and reach down and grab the can it is note-for-note the first five tones at the beginning of Josie!"
- posted by cjb @ 6:47 PM 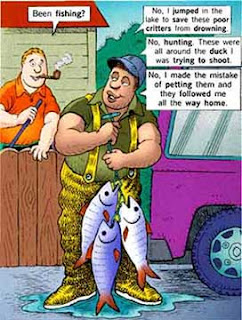 "Do you have a book called Speeches by High School Principals?"

"Have you read this?" (Inevitably proffering The Alchemist; some manky self-help title, or, once, memorably, a workbook for female survivors of sexual abuse)

"Have you read all these books?"

"How are your books organized? Do you use a computer?" [SA: No, the alphabet]

"Where's all your books on projection holography?"

"So, are your parents paying your rent?" [E]

And just now, right this second:

"Want to buy an extra foot?" (Neighborhood alkie pushing little-old-lady walker overflowing with junk, and, riding on top, a black boot with a fake plastic severed leg and fake plastic blood sprouting from it like a flower)
- posted by cjb @ 5:27 PM 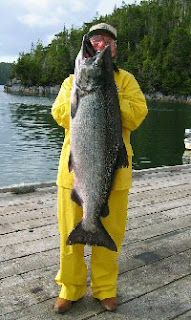 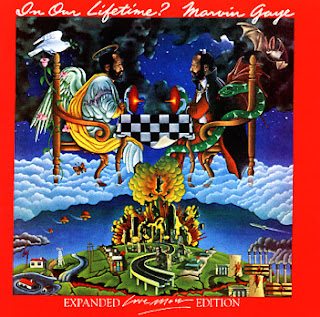 James Mann, Rise of the Vulcans: The History of Bush's War Cabinet

Charlie Savage, Takeover: The Return of the Imperial Presidency and the Subversion of American Democracy