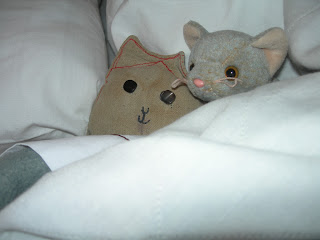 I-5 playlist, Vancouver --> Seattle and return: 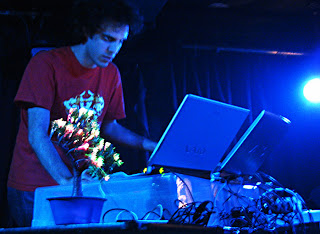 I kid you not, on the dotted line signed
Ever since a minor, kids considered him some kind of Einstein...
- posted by cjb @ 10:44 PM 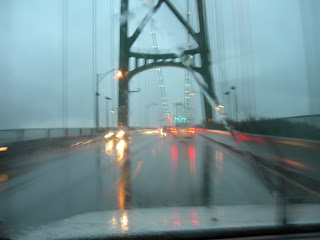 To my West Vancouver dentist, light slowly leaking up into smeared wet sky.

A swab of anesthetic gel; a godawful big needle in my upper gums.

CJB: Look, I know you're the expert. I'm just, uh, curious. Why aren't you freezing the area you're gonna drill?

DENTIST: I always have trouble with her writing!

[More freezing. Godawful big needle redux. CJB loses all sensation in the left side of his face]

NEIL TENNANT AND CHRIS LOWE, VIA PIPED-IN STEREO: In my life, there've been few / Who affected me the way you do (you do)... 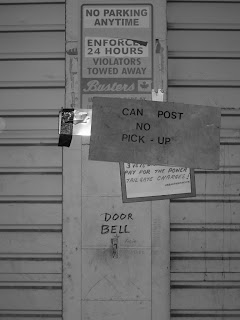 2007's first title: Humphrey Jennings' Pandaemonium: The Coming of the Machine as Seen by Contemporary Observers, recommended to me last spring by Peter Culley and promptly filed away in the office's stacks, where it lay buried in the strata, only to be unearthed on New Year's Eve. An imaginative history of the Industrial Revolution, told in multiple, overlapping, frequently contradictory voices, and a form that I can hardly wait to baldly plagarize for my ever-expanding account of First Contact with art collecting aliens.

"And these images -- what do they deal with? I do not claim that they represent truth -- they are too varied, even contradictory, for that. But they represent human experience. They are the record of mental events. Events of the heart. They are facts (the historian's kind of facts) which have been passed through the feelings and the mind of an individual and have forced him to write. And what he wrote is a picture -- a coloured picture of them. His personality has coloured them and selected and altered and pruned and enlarged and minimised and exaggerated. Admitted. But he himself is part, was part of the period, even part of the event itself -- he was an actor, a spectator in it. So his distortions are not so much distortions as one might suppose. Moreover they altered him. The event had its effect on him. Undistorted him, opened his eyes."
- posted by cjb @ 12:17 PM 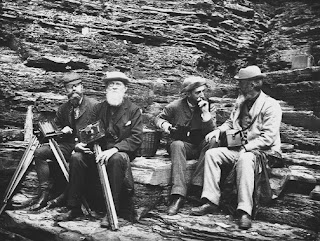 From Bill Evans' liner notes for Kind of Blue:

"Group improvisation is a further challenge. Aside from the weighty technical problem of collective coherent thinking, there is the very human, even social need for sympathy from all members to bend for the common result."
- posted by cjb @ 3:35 PM 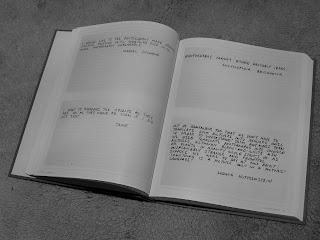 Another long year drawing down to a close. Dark now, rain threatening, Boards of Canada on the stereo. Strangely busy for New Year's Eve. Thanks to everyone who wrote in 2006 -- approximately four times as much correspondence as last year, largely due to Blogger's improved search capabilities and Anodyne's inexplicable appearance on several total strangers' "Best Of" lists. Special thanks to the usual geographically dispersed crew of Constant Readers -- Vancouver Island; Toronto; Ann Arbor; Omaha; NYC; London UK & etc.

Plans for the New Year? Science fiction novella to finish; exhibition of photographs; professional accreditation as a securities analyst; mountains to climb; art criticism to write; book sales to attend; pictures to make; paper and real $ portfolios to tend, like the rows of vegetables that I used to water in Frances Jean's city lot-sized garden. "Much about this life is strange...." (Roger Lowenstein). A pretty peculiar set of goals, but at least they're mine and no one else's.

Recent reading, what little I actually accomplished in December:

Don Winslow, The Power of the Dog

Bruce C.N. Greenwald et al, Value Investing: From Graham to Buffett and Beyond

Pat Dorsey and Joe Mansueto, The Five Rules for Successful Stock Investing: Morningstar's Guide to Building Wealth and Winning in the Market

Okay, that's it. See y'all next year.