An Oldie From the Vaults

Another bottle from the past, washed up on the shores of the internets. Circa 1997. Not too many copies of this one floating around any more. A polemical essay plus a list of works that's generated many email requests for clarification and/or JPEGs over the years. So far as I know, all of the participants are still making and exhibiting art. The thesis and curator's choices pleased no one, least of all the salon de refuses furiously smoking out on Catriona's back porch, but the show is still fondly recalled to me from time to time by folks whose memories of it are apparently less raw than mine. 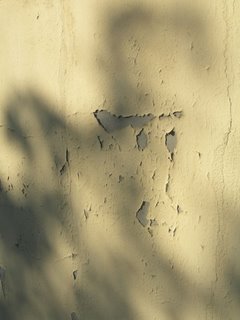 Michelina in the World

After over a year of neglect, I re-edited the Michelina manuscript (21,000 words!) and posted it, along with some of Tolagson's paintings and drawings, to Local Publisher Most Likely to Not Totally Reject Us Out of Hand.

A weird week, occasioned by more silver in my hair, sore fingers, and McCarthy's The Road, which isn't exactly what you'd call a cheerful pick-me-up. 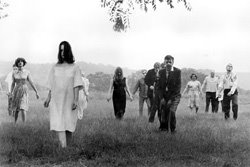 Half-finished Cormac McCarthy's The Road early this morning, up late with Bowie's Aladdin Sane on the stereo, trying and failing to get back to sleep at 3 a.m. after being roused by some drunken asshole down in the street bellowing, "Come back, bitch, and HAVE SOME MORE!" at the top of his lungs. Lights on all up and down the block, apartment windows banging up. A strangely prompt VPD cruiser, its radio clearly audible on the sixth floor, the red and blue bubble lights slowly turning, casting colored shadows up the blinds, like a hovering jukebox, or Close Encounters' mother ship. So, with sleep impossible, and the cats blinking at me from the bureau, I folded the futon up into its couch configuration and began McCarthy's short, dense tale of a man and his son making their way south by southwest through a postapocalyptic landscape alternately reminiscent of McCarthy's own Blood Meridian, Paul Auster's In The Country of Last Things, George Romero's zombie series, and Jack Ketchum's Off Season. At some point, Mike Garson's piano work on Aladdin Sane's title cut began to rub against McCarthy's tongue-in-groove prose.

For the first minute or two, Garson's piano notes are spaced above, and only roughly parallel to, the steady one-two beat of guitar, bass guitar, and Bowie's voice, only occasionally dropping into lock step: once to echo the hilarious phrase, "Saddening glissando strings," and twice for the "Uh-h-h-uh-h-uh" refrain. Then, midway through, a free-form piano solo ends in pure abstraction, notes sprinkled like paint on a Pollock canvas.

It seems to me that Garson's performance -- first emulating his fellow performers, but at some distance from them, then later departing into an extended jazz solo -- resembles McCarthy's prose, which also oscillates between "spare" naturalistic description and more grammatically and symbolically abstract compositions. Two passages, picked at random from The Road's first half, well illustrate these ostensibly opposed tendencies in McCarthy's style:

"He woke toward the morning with the fire down to coals and walked out to the road. Everything was alight. As if the lost sun were returning at last. The snow orange and quivering. A forest fire was making its way along the tinderbox ridges above them, flaring and shimmering against the overcast like the northern lights. Cold as it was he stood there a long time. The color of it moved something in him long forgetten."

"He tried to think of something to say but he could not. He'd had this feeling before, beyond the numbness and the dull despair. The world shrinking down about a raw core of parsible entities. The names of things slowly following those things into oblivion. Colors. The names of birds. Things to eat. Finally the names of things one believed to be true. More fragile than he would have thought. How much was gone already? The sacred idiom shorn of its referents and so of its reality. Drawing down like something trying to preserve heat. In time to wink out forever."

Many critics who admire McCarthy's plainer prose ("He woke toward the morning with the fire down to coals and walked out to the road") seem to dislike, or at least to be visibly puzzled by, his frequent shifts into abstraction ("The sacred idiom shorn of its referents and so of its reality"). To me these are all one piece, just like Garson's performance. McCarthy's "abstract" passages are summaries of content; they repeat, with great compression and emphasis, the content of surrounding paragraphs, seeking to break content free from things, just as Garson's "abstract" solo retains its own internal logic, a logic resolutely opposed to playing in time with the rest of the band.
- posted by cjb @ 8:36 PM
Tuesday, October 03, 2006 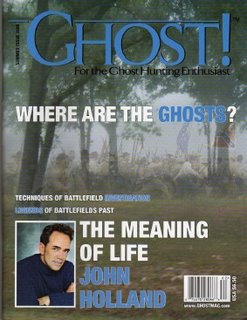 New books momentarily leaving the shop in my pack: 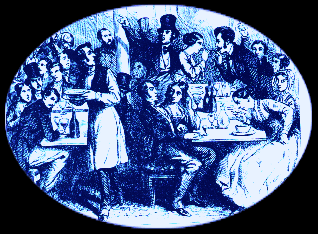 Mail from the Fillip Review, announcing issue #4 -- which includes my essay, "Feldmann's Tact," and a piece by Adam Harrison on Mark Lewis -- and a launch party this Thursday at the Marine Club, 573 Homer Street, from 8-11 p.m. If you live in Vancouver and think that drinking in a dingy overpriced upstairs bar with a bunch of neurotic highbrow intellectuals might be a fun way to spend your Thursday evening, c'mon down. I'm the bald guy in the oversize plaid.

"The Fillip Review and The Projectile Publishing Society are pleased to announce the release of the fourth issue of Fillip.
Fillip is a publication of art, culture, and ideas issued three times a year by the Projectile Publishing Society from Vancouver, British Columbia. Crossing academic, artistic, and related practices, Fillip acts as a forum for critical discussion in the contemporary arts and situates itself as a complement and stimulus for contemporary practices and discourses.
The fourth issue of Fillip includes essays and reviews by an international group of writers and artists.
Essays
Luis Camnitzer Art of the State
Barnaby Drabble We Want Everything: Assembled Thoughts on Artist-led Culture in Zürich
Interviews
Jordan Strom with Cao Fei
Exhibition Reviews
Warren Arcan on Jimmie Durham: Knew Urk
Ryan Aronofsky on Marina Roy and Philip McCrum
Christopher Brayshaw on Hans-Peter Feldmann
Colin Browne on the Quai Branly Museum
Caroline Busta on the Miguel Abreu Gallery, New York
Susanna Haddon on Arsenal: Sound as a Weapon
Adam Harrison on Mark Lewis
Antonia Hirsch & Melanie O’Brian on Of Mice and Men
Rebecca Lane on Douglas Gordon: Timeline
Fionn Meade on Boys and Flowers
Kristina Lee Podesva on the Emergency Biennale in Chechnya
Book Reviews
Eli Bornowsky on Jacques Rancière's The Politics of Aesthetics
Zoë Gray on Sven Lütticken's Secret Publicity
Fillip 4 also includes insert projects by San Francisco-based artist Stephanie Syjuco, and Vancouver and Vienna-based artists Sabine Bitter and Helmut Weber (co-produced by the Western Front Society)."
- posted by cjb @ 10:12 AM 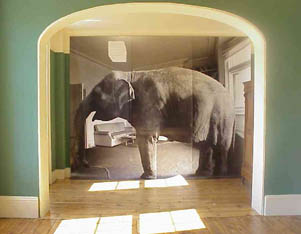 Long walk home across the Cambie Bridge at 2:15 a.m.

The clink of illicit sailboats' rigging in the dark. ("False Creek liveaboards")

"At the police headquarters, we were required to write on a sheet of paper our names, addresses, birthdates, occupations and levels of education, plus the names of our parents. We were all also required to submit to an examination by a physician with long hair who wore a white gown that draped almost to his shins.

We were required to strip to the waists for photographs front and back.This, explained the physician, whose name I did not get but who described himself to me as a 'forensic doctor,' was to prove that we had not been tortured 'in any way.'"
- posted by cjb @ 7:34 PM
Sunday, October 01, 2006 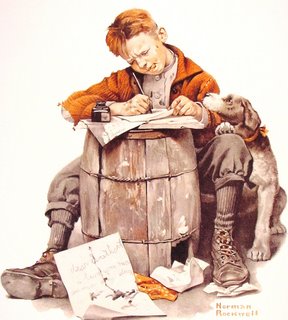 Some Readers Write (Or Don't)

Sunday morning with the Anodyne mailbag:

Two requests for the Buffett Partnership Letters (still available as a hefty MS Word file, with a few common sense restrictions on its re-use and distribution). One request from Eastern Europe for "a MP3 copy of Steely Dan's Aja," which I don't have and wouldn't distribute if I did. Stock market spam in a dozen different flavors: diamond mining, uranium mining, something to do with computers, oil exploration in a remote location probably not too far from Aja Requester's hometown. Diatribe from Toronto defending Canadian Art and hack critic R.M. Vaughan, whose goofy syntax, strangely rushed quality, and originating IP address smells like an OCAD class assignment. Short complimentary note from someone in Toronto who came to my Evan Lee talk and liked it. More stock market spam. No responses to last week's "analyze these TSE-listed companies" challenge (Norbord, Inc. looks undervalued to me; Peyto Energy Trust reminds me of that friendly fellow from camp with the hockey mask and butcher knife). Someone advancing the opinion that art critics shouldn't try making art themselves. Someone else -- probably a classmate of my old pal Ryan Aronofsky -- advancing a variation on that theme, namely, that my photographs "look like they were taken by an art critic, not an artist." At least this correspondent helpfully provides a link to their own pictures, best described as lushly colored images of clouds, plants, and running water. Thanks, everyone.
- posted by cjb @ 9:23 AM