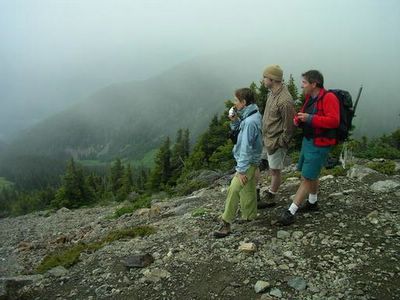 Mr. T Goes For a Drive -- low-fi Flash animation that definitely perked up the end of my dismal Canada Day.
- posted by cjb @ 9:22 PM 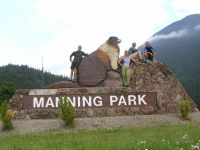 RIP William Hoffer, the most professional antiquarian bookseller Vancouver has ever known. Found this quote today in one of his catalogs, kindly provided gratis by our regular customer Wes Hartley:

"This morning a bookscout called the shop to ask whether I had read the Globe and Mail. I don't read the Globe and Mail, I told him, it reminds me of Toronto. On page nine there is a story about the cutting of Oberon's block grant, in which the usual greased pigs of CanLit/CanCult are quoted in the usual ways. I don't collect this stuff, I told him, I'm not interested in what happens to them blow by blow. I just want them to fuck off and die. It is a simple enough desire, however hard to explain it sometimes is."

I'm frequently accused by unhappy pseudo-customers of "having a bad attitude." Anyone is welcome to compare the late Mr. Hoffer's legendary crankiness and bad attitude to my own and draw their own conclusions.
- posted by cjb @ 6:29 PM

I posted this trip [solicited participants online] for "either Tuesday or Wednesday," based on the smiling cartoon sun on the Weather Channel's Vancouver webpage. Signed up [clubtread.com members] Q & DBlair, and received lots of email from curious folks asking what was up with this "weekday hiking" thing, any chance of rescheduling to, say, Saturday morning at 6am...

Wednesday at 6am the sun was nowhere in sight, hidden behind a layer of thick grey cloud. Q collected me from the bookstore and we booted out to Surrey to collect DBlair. The trip organizer then provided Q with bad directions to the Park 'n Ride where Dennis was waiting (foreshadowing!). At one point it looked like we were stuck heading back into Vancouver on the Port Mann bridge, but we managed to hold it together and finally picked up Dennis.

Lifting clouds. Higher grey above. Light drizzle. We suited up and started up the washroom loop under dripping trees. Up to the Engineer's Road, ten minutes along to where the Outram trail forks off, then up, up, up. The trail is billed as super-steep but is actually pretty reasonable, cut at a Parks grade, with generous switchbacks. It climbs steeply to avoid bluffs, then cuts back into the Seventeen Mile Creek valley. Across Seventeen Mile Creek, and then steeply up back east, into meadows full of purple lupins, pinkish-purple thistles, lots of plants I couldn't identify, and lots of mushrooms I could. Q indulged in macro botanical photography. The clouds slowly lifted, revealing occasional glimpses of the Silvertip Group to the southwest.

Up to Seventeen Mile Creek's headwaters. Rolling meadows, Outram looming above, coming in and out of the clouds. A pretty little tarn, a BC Parks sign requesting campstoves only, and a fire ring right beside the sign.

"These guys weren't hardcore. If they really were, they would have used the sign as kindling."

Up the scree. Mr. Marmot let us get close enough to take some good shots before wandering away over the rocks.

Higher and higher. At some point the convenient red paint and flagging disappears. We fumble up endless scree through the clouds, cross a snowfield, veer back and forth, and finally pop up on the summit ridge. Approximately 5 hours up.

Just as we are congratulating ourselves, [clubtread.com resident speed demon] SimonC pops out of the clouds with the peak relay can [clubtread.com game involving moving a plastic container containing a camera, chocolate bars, and a written log from obscure peak to obscure peak] and a stopwatch that says he's just climbed the same trail as us in two hours and twenty-some minutes.

We pop up onto the south summit, then work our way across the exposed gap to the slightly higher north summit for foggy hero shots with Rose the lucky stuffed cat. Visibility = < 10m.

As we re-descend the gap between summits, a hummingbird zips up out of Ghost Passenger (the east couloir, first ascent [brother] dru), hovers above us, and then disappears down the west face.

Down the scree in the fog.

"Do you guys know where we're going?" asks Q.

"Search me," says the trip organizer.

The scree steepens. A massive gully looms beside us, one we certainly didn't run into on the way up. Maybe we are not where we think we are.

Down again. The clouds lift, revealing a slope that steepens into green cliffs. No sign of Mr. Marmot, nor the tarns.

We've descended too far to the west. We sidehill across the slope and up onto a forested rib, on the other side of which are the tarns, the trail, and red-ribboned trees.

Down to the meadows, where we make short work of Q's Dare Fruit Gums and practice peak identification. The sun comes out. The trip leader falls asleep. Isolillock Mountain's double-headed summit pops out of the clouds to the west.

Down through the meadows, the clouds still rising, the flowers open now in the full sun. Down and down and down to Seventeen Mile Creek.

A little grey frog bounds across the trail as we stop to adjust ourselves on the other side of the creek.

Down again. A BC Parks sign appears on a tree. "4.5 km." What the hell? How can we still be this far from the cars?

Down and down and down. Toenails protest. Knees protest. Poisonous mushrooms are ID'ed during enforced recovery breaks.

A stranded hitchhiker is rescued near Herrling Island. [Car out of gas]

SimonC: "Can we go to dinner now, or is there anyone else you'd like to save?"

To dinner at Rosedale's Wildcat Grill with dru. Dinner is slightly complicated by the trip leader's placing the restaurant on the wrong side of the river.

Despite these tribulations, Team Wednesday plans a second trip for next week.

Thanks everyone; a great day out in the mountains.

...and to everyone reading this far...

While napping in the meadow just below Mr. Marmot's den, I accidentally left a men's XL North Face shirt with orange and black checks behind [see photograph below]. It was only $4 at Value Village, but I'd grown attached to it. I will happily pay a booty bounty to anyone who can reunite me with it. 12-pack of tasty microbrew sound about right? 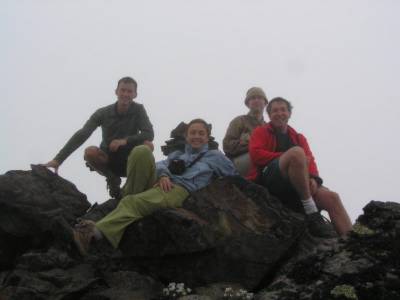 One last piece of multimedia for tonight: the collage video for Rappcats Pt. 3.

Speaking of Otis Jackson Jr., here's another free hour from his apparently endless catalog of pseudonymous side projects, remix and translation courtesy of DJ Troubl. Give it up for Lord Quas...

(Madlib, Peanut Butter Wolf, and others will be playing Vancouver's Richards on Richards on July 7th)
- posted by cjb @ 10:08 PM

"Most of Madlib’s beats are made from samples of records, though it is hard to say which ones, even in a general way. Is the lovely, decaying piano figure in 'All Caps' from a jazz record? An English skiffle record? A documentary about whales? 'America’s Most Blunted' begins with a sample of Steve Reich’s 'Come Out,' and then stumbles into a swaggering funk pattern. The three instrumental tracks are some of the album’s best moments, brief as they are: 'Do Not Fire!' could be the theme of a Cuban kung-fu movie, and 'Supervillain Theme' sounds like the work of an accomplished rock band from a country that the United States does not maintain diplomatic relations with.

After a few repetitions, a sample becomes known but doesn’t necessarily stop being strange. The imperfections in whatever is being sampled are retained, the stresses and flaws and cracks. There is a tactile quality to 'Madvillainy,' which leads us to the smoking gun of the record, if there is one: marijuana. There are repeated allusions to weed and several samples of a 1971 record called 'A Child’s Garden of Grass: A Pre-Legalization Comedy.' The key sample: 'In fact, everyone finds that they’re more creative stoned than straight.'

For most of us, this is poppycock, but Doom and Madlib succeed in translating the heightened physical sensitivity and associative facility of the stoned mind into concrete sound. Madlib, especially, seems able to hide music inside other music. His samples lie on each other like double exposures, or like a cassette tape that allows the previous recording to bleed through the new one."
- posted by cjb @ 10:03 PM

Cool air through the crack in the balcony door.

Birds talking at 5am, a six-month Vancouver Jazz Fest improv residency in the tree outside my window.

"Jeff Davis, whose mother, Dolores, was Mr. Rader's final victim, likened the killer's emotionless display on Monday to someone 'reading out of a phonebook,' and denounced him as 'a rotting corpse of a wretch of a human hiding under a human veneer.'

You've been observing our earth
And we'd like to make a contact with you
We are your friends. . . .

Klaatu, memorably covered by the Carpenters (& the Langley Schools Music Project!), in honor of Gwynedd Elaine, who I haven't heard from in approximately fifteen years, emerging today from the woodwork thus:

"Been reading Anodyne for a couple of months. It felt slightly voyeuristic, not letting you know I was around - but then, blogging is public, kinda the point. And I wasn't entirely sure what to say or how to say it - my writing these days is almost entirely along the lines of 'Stereotactic brain biopsy as an outpatient procedure' or 'Long-term radiographic results following cervical laminectomy and screw-rod lateral mass fixation in the treatment of cervical spondylotic myelopathy,' although I did just get a poem published in the Canadian Medical Association Journal - but finally decided to come out of the shadows. I'm surprised that I wasn't driven out earlier by everything I wanted to say about Michelina (like, oh *yah* Tove Jansson was one of the best when it came to odd, ethereal, spookiness that I knew at age 9 was slightly beyond my comprehension, but made my mind, my whole inside space, feel stretched. . . ."
- posted by cjb @ 9:12 PM
Sunday, June 26, 2005