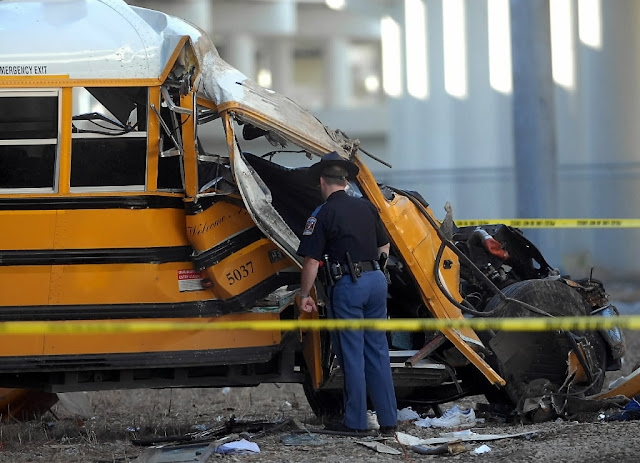 Stick a Fork in STB, It's Done

How does this thing make money? From relentlessly issuing stock & debt, which leads to weird linguistic contortions in the MD&A, eg., "Non-cash stock compensation expense for school bus transportation for the third quarter of fiscal year 2016 was $1.0 million."
- posted by cjb @ 2:17 PM
Tuesday, August 30, 2016 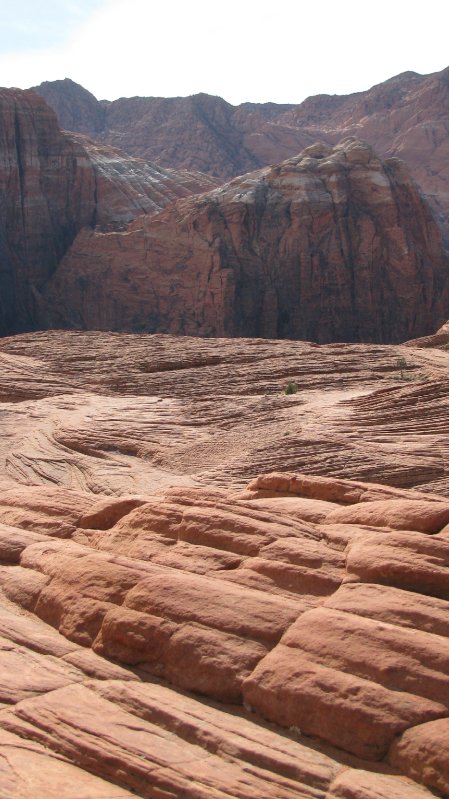 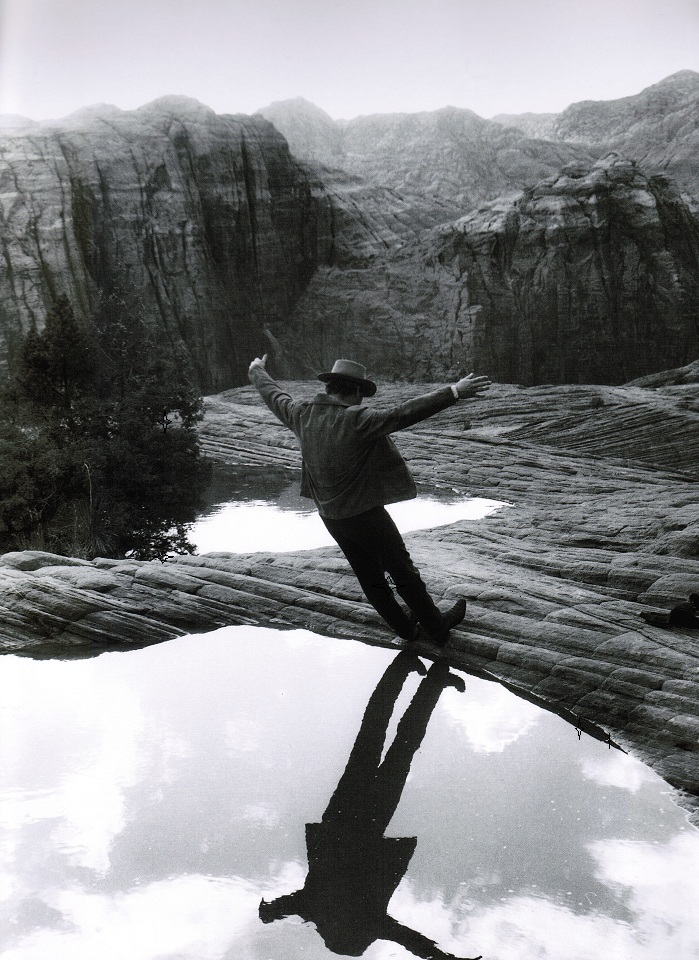 No need to be wary of rewatching Willy Wonka and the Chocolate Factory for fear of it not holding up. It remains a thing of incomparable wonder.

I've probably seen it upwards of 10 times since I was a kid, and every viewing reveals something new. The faith on the part of the filmmakers in children's intelligence, the courage to show real poverty in Charlie's family, and most of all Wilder's performance as a creature of bewildering complexity; light one minute, dark the next. 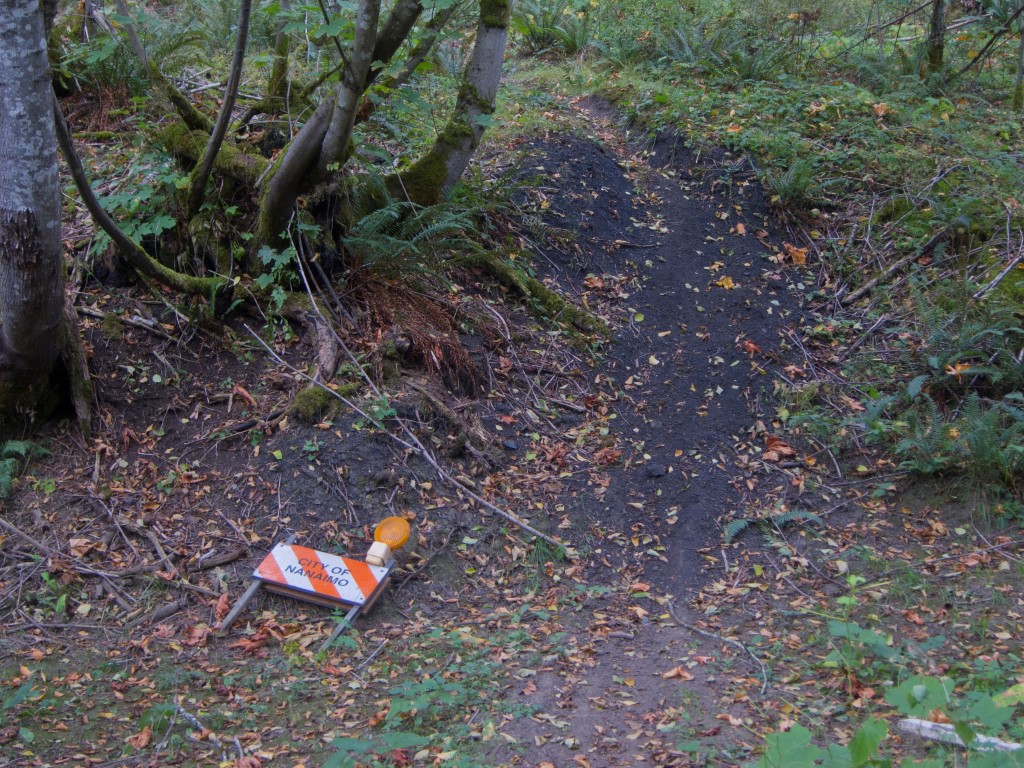 Keefer walked with me from Horseshoe Bay to Hammertown to South Wellington to Duke Point to Tsawwassen, and saw some of the same things I saw, and some other ones, too.
- posted by cjb @ 7:49 PM
Monday, August 29, 2016 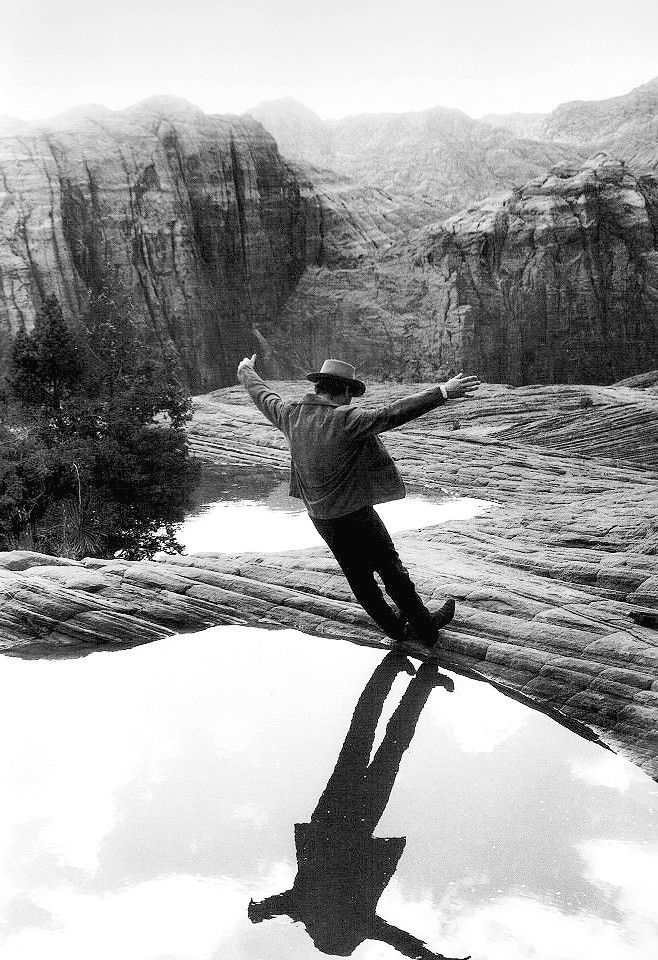 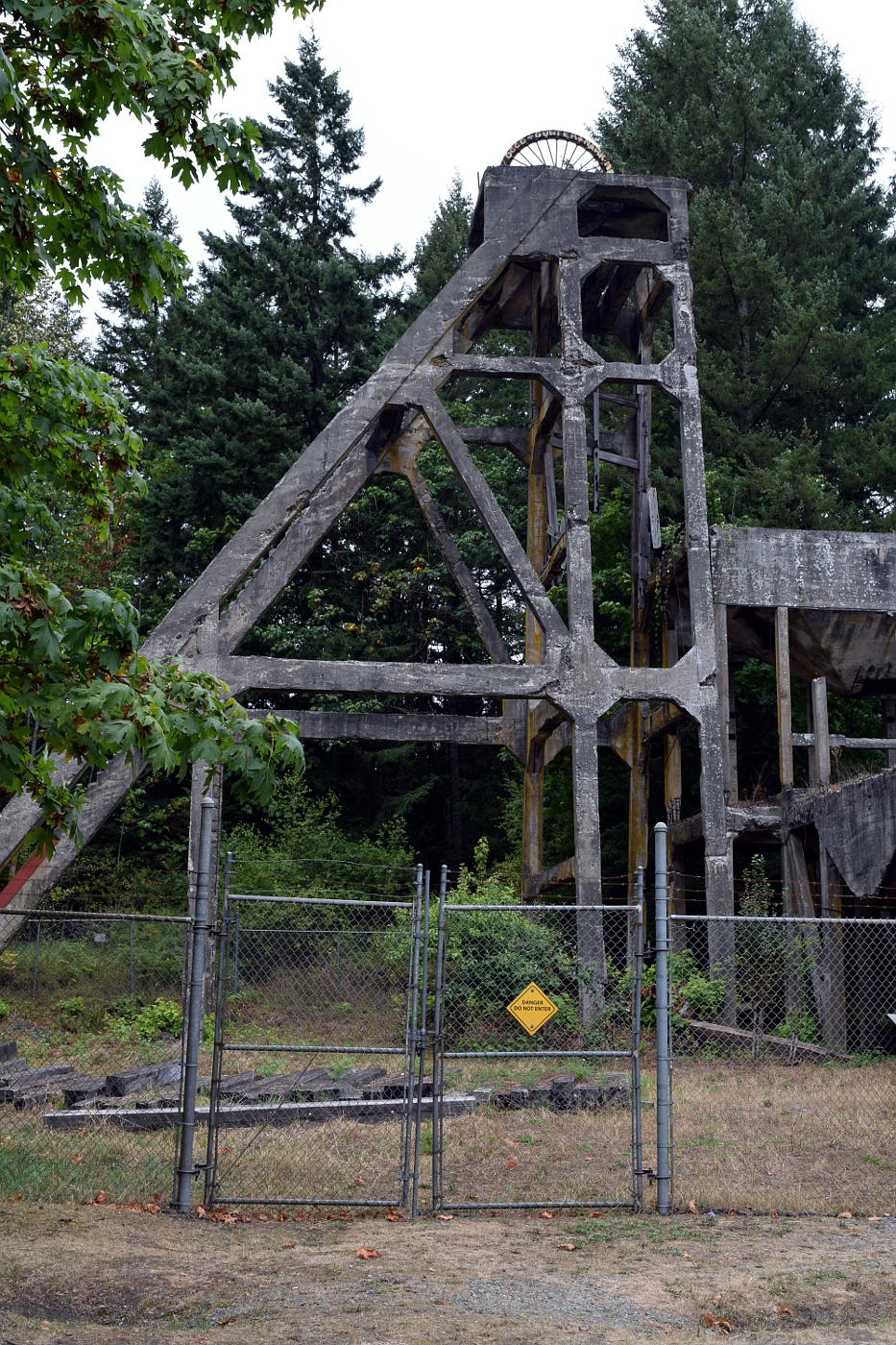 Cymbal taps & Cosey's
steel guitar: light rain
along the fence at Morden
colliery.  The former "pride
of industry" defunct,
admired now by Prius
mom 'n dad, up island
for a weekend. Scarce
profit.  At least one
strike each year, put down
by barged-in constables.
They moved the town by rail,
dud cordwood cheques
stacked in the paymaster's crib
& these Goretex assholes
want to preserve it, like
braid garlic nailed
to the wall? 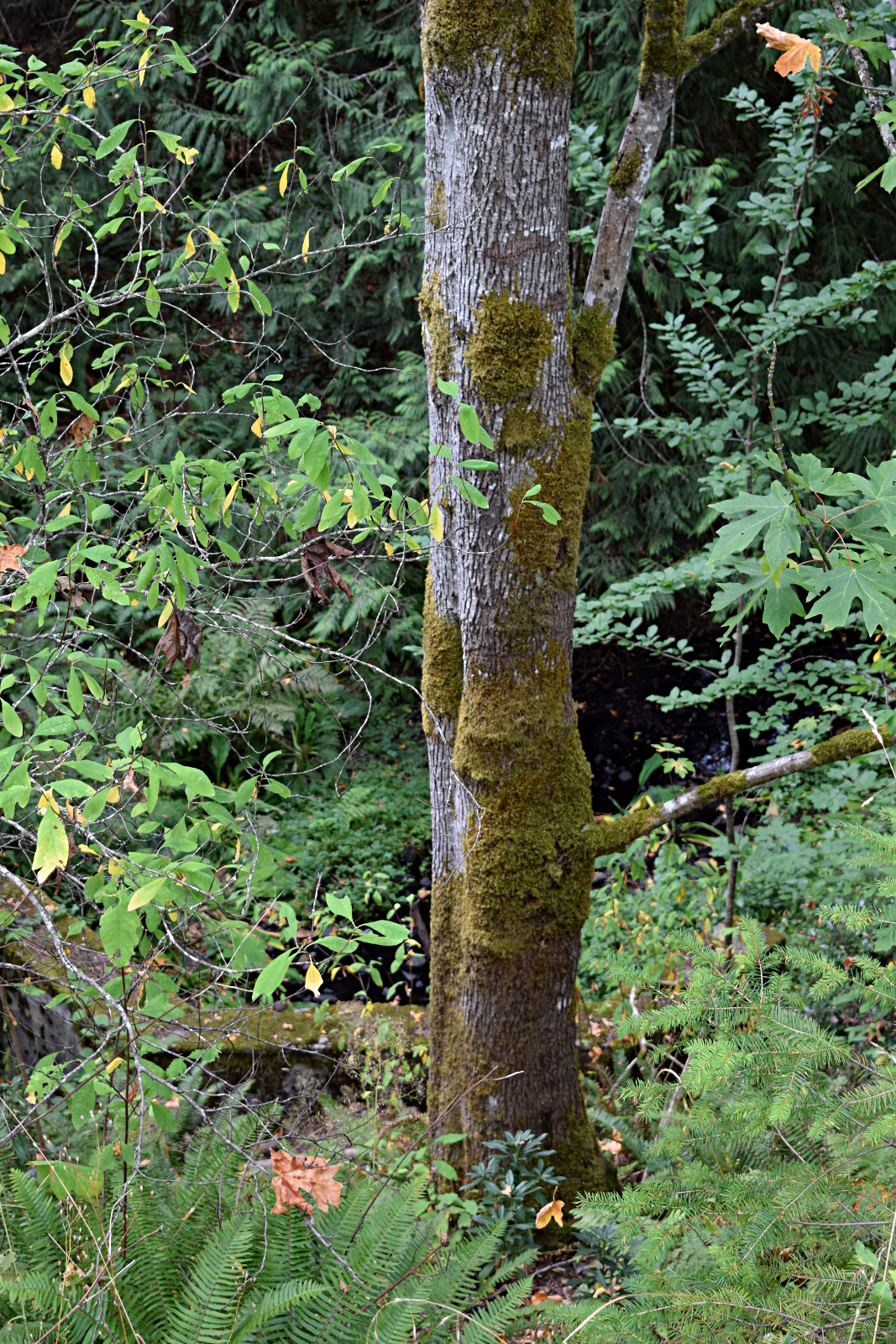 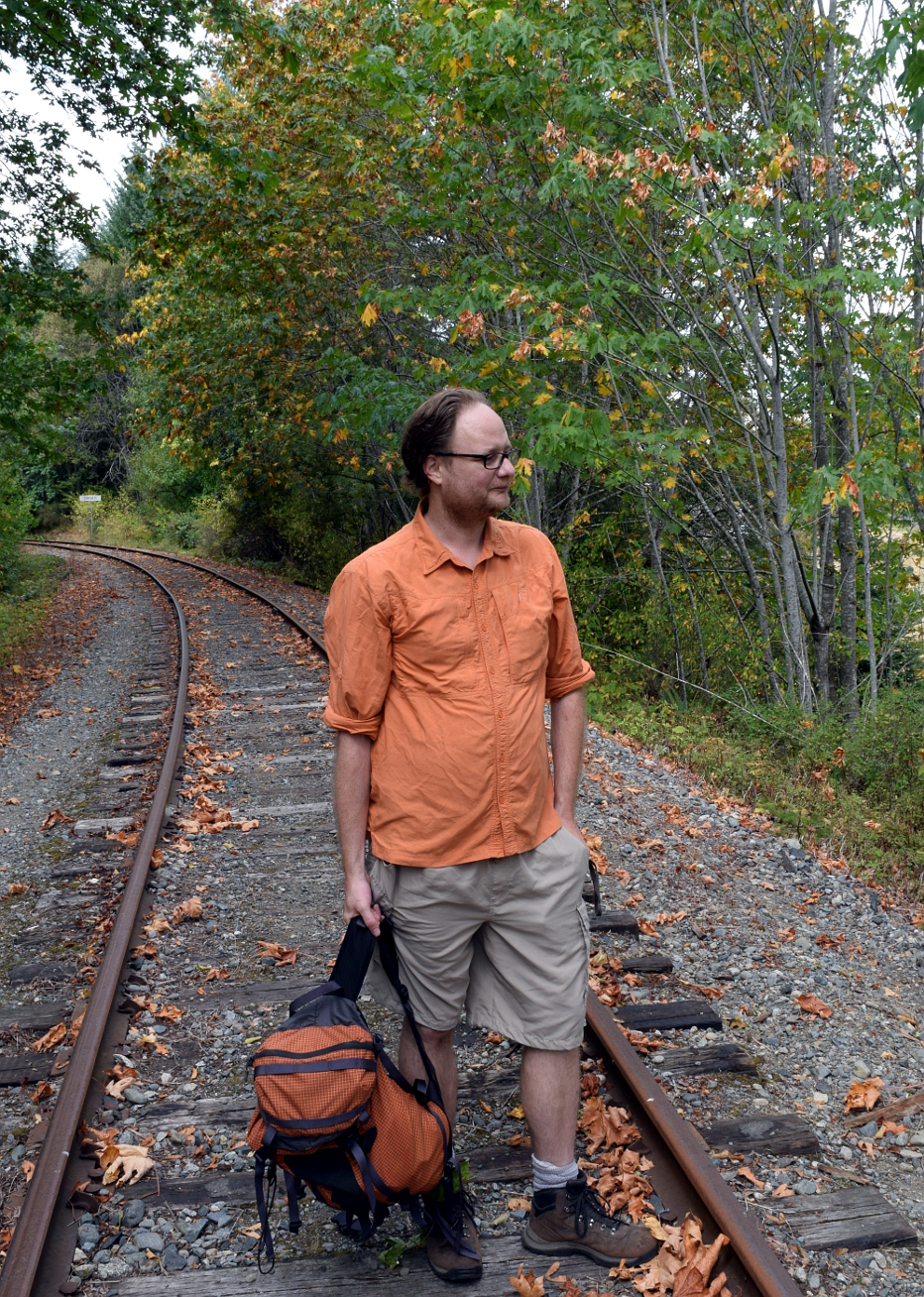 Keefer checks out the view from Hammertown's outskirts.
- posted by cjb @ 10:54 PM 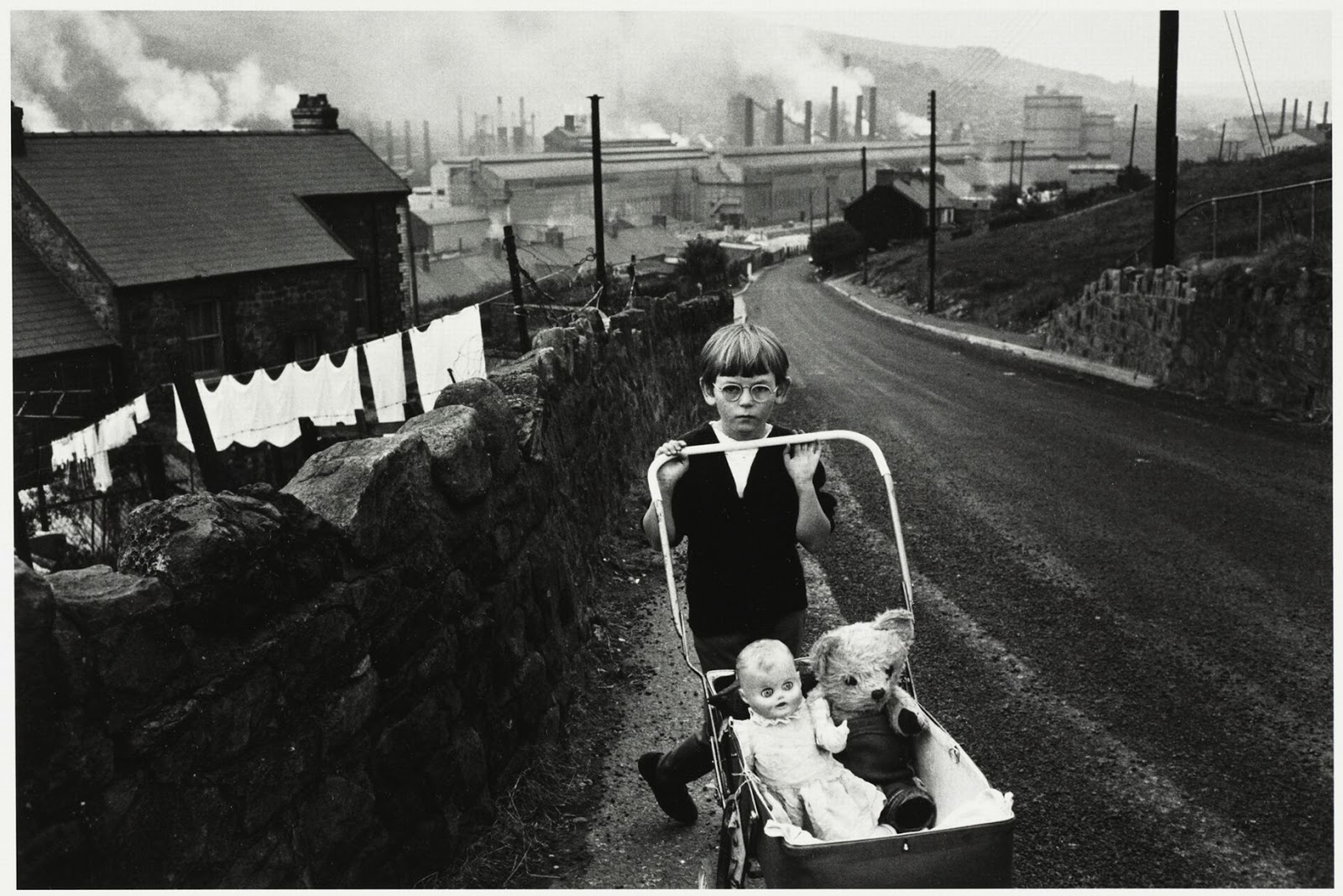 
Bruce Davidson's 1965 photographs of Wales aren't as bleakly despairing as George Orwell's depiction of the trip he took to the English mining country north of Wales and chronicled in The Road To Wigan Pier (1937), but are still pretty uncheery. Grubby coal miners emerge from the earth; an exhausted horse sprawls in a field; an equally fatigued woman scrubs a public sidewalk with a wet rag. The subject of these images is living things marked or scarred by labor. Then there's this picture, untitled like the rest, but subtle in its differences. An elevated perspective, looking down a narrow street into a village nestled along a valley. Two-storey homes in the mid distance, their sloping back gardens divided by low stone walls. Beyond them, the slanted roofs of industrial buildings, and smokestacks whose emissions swathe the sky in drifting grey chemical fog. In the foreground, an androgynous child, a little girl (whose sex I only know from reading a 1990s interview with Davidson) pushes a pram containing an white-faced doll and a floppy old toy bear. The little girl meets the camera's gaze directly. Her hands rest lightly on the pram's push bar, holding it still. Her right leg is cocked in place as if hesitating, ready for flight.

What to make of this picture? Best to think of it first as a snapshot, an example of Davidson's ability to recognize and record a group of incidental details that cohere, however briefly, as a "tableau," its illusion of unity and self-sufficiency the result of the photographer's skill at perceiving correspondences between simultaneously present but physically unrelated things.

Start with the "v" of the girl's shirt, that points to the pram's toy occupants. This triangular white patch echoes the flat white shapes of the sheets and dresses pinned to the clothesline that descends from behind her right shoulder to the house at the left edge of the frame. The straight line of the house’s black roof contrasts with the softer white organic shapes of the drying clothes, and is mirrored by the horizontals of the factories' roof sills that carry across the background until they reach the pole in the front. The verticality of the pole pulls the eye back from the valley's depths and is repeated by the four smokestacks at the picture's right edge, Below the smokestacks, another white triangle, on the side of an industrial building, is an inverted copy of the “v” of the girl's shirt which set the whole composition in motion. The same shape appears again, colour-reversed, on the dark side of the building in the mid-distance, just right of the bend in the road, a chunk of negative space reminiscent of the contour of the girl's black sweater, the abrupt zig-zag of the roof line above the laundry, and the crook of her leg.

Here, in this ostensibly simple image is a rich cascade of mirrorings, reversals of color and texture, and symmetrical balancings of visually congruent shapes that willingly yield to micro-examination, a scaffolding of form that the picture's simpler "meaning" is built out from. Davidson couldn't have seen these details all at once in his viewfinder -- no one could perceive so much so fast -- but must have recognized them in reviewing contact sheets or work prints and accepted their presence as completing his picture in ways that images made even seconds before and after could not.

Davidson has printed and exhibited many images from the Wales sequence. I know of at least two "befores" and two "afters" that bracket the present picture. The first "before" is a color photograph of a red school bus stopped maybe fifty feet from the site of the photographer's encounter with the girl and her pram. Children's faces press close to the bus windows, unabashedly gawking at the stranger to the village, but also mirroring how Davidson's face must have pressed against his viewfinder as he made the exposure: two sets of strangers scrutinizing each other through glass. The second "before" is a small vertical color picture, shot from almost the same place as the black and white print, of a schoolboy in his school uniform, posing uneasily in the road. It appeared in an issue of Horizon magazine in 1969, and hasn't been widely exhibited.

The "afters" are color pictures, and failures. Color disrupts the black and white picture's careful play of details. In the first "after," the girl and the pram are brightly colored while the picture's deep space is printed in various shades of black, blue and grey, converting the black and white photograph's more thoroughly integrated space into a shallow fore- and rear- ground, in which the girl is lit up like an actor on a stage, while the landscape behind her feels like a cheap theatrical backdrop. The second "after" is more evenly and brightly colored, rhyming the pink of the doll's clothes with a single item of clothing on the laundry line, the reddish pink roofs of the industrial buildings, and a plume of pinkish smoke at center rear. In this picture the viewer's gaze moves from pink highlight to pink highlight, reaches the column of smoke, rises to the top of the frame, and disperses. The black and white photograph's complex composition is suppressed in favor of a simpler, more linear path through the image.

Dramatic tension is further dispersed in both "afters" by Davidson's coming closer to the little girl, a growing familiarity with his subject which has the unfortunate side effect of making her relax, straightening her leg and bracing both hands on the pram's push bar, thereby upsetting the sense of alarm and imminent flight that's integral to the black and white print's success.

The lesson Davidson took from Wales is of endless work, exhaustion, and physical and psychic breakdown. This picture of a girl and her toy friends offers an alternative to his depictions of individuals and animals worn down by labor or engaged in brutally repetitive tasks: an acceptance of the entire world as worthy of care. There are other options, too, and Davidson's picture shows us where they might be found—in overlooked details, in what some might call empathy, others humanness, shining in unexpected quarters, illuminated by the photographer's modest and careful eye.

(Slightly expanded version of a text commissioned by Helga Pakasaar for an upcoming issue of the Capilano Review.  This version incorporates Michèle Smith's superb line edits to paragraphs #1-4 & 7, with my thanks)
- posted by cjb @ 10:39 PM 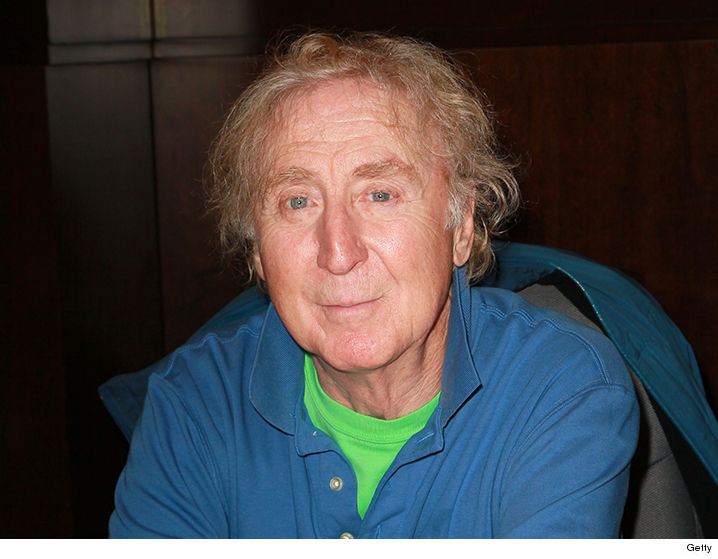 Back in elementary school there was Family Movie Night, sometimes at the local high school and sometimes further away.  We saw Willy Wonka and the Chocolate Factory (1971) in North Vancouver, at a school whose name I don't recall.  I was alternately moved and terrified by the film, which I have always resisted rewatching because it had such a powerful effect on six- or seven-year-old me, & which introduced me to the peculiar comic genius of Mr. Gene Wilder, who struck me as someone I would like to be when I was older: a person in charge of an amazing thing that was an outgrowth of his oversize personality, but also someone who had successfully resisted 100% identification with that thing; someone who was still outside of it enough to be amazed by it & his own good luck at finding (or making) a place for himself in the world.

(& the gentleness, which by all accounts was non-acting, but simply imported into the chosen roles from somewhere deep inside, visible here in the glint of the eyes and the smile's curve)

I played Willy Wonka in an elementary school theatrical version of the film script -- or actually half of Willy Wonka; I split the role with Brian.  Brian played an assertive & in-charge Willy.  I played Willy as me playing Gene Wilder playing Willy, which might have been too meta- for an audience of sixth- or seventh- graders and their parents, but I memorized the lines (not easily), didn't fuck my performance up too badly, & even got some applause from out beyond the lights.

Later L. took me to the movies in Los Angeles, where we saw Blazing Saddles, and I discovered that Gene Wilder was not a one-hit wonder.  The film's coda, with everyone running loose in the street, moved me just as much as Wilder's Willy Wonka had as a kid, even though that final scene may be all Mel Brooks and not Gene Wilder at all.  But its openness, its freedom, feels very much like the sensation I get every time I see Gene Wilder's smile, of something unlocking deep inside.

A Letter from East Vancouver to Hammertown re: The First Annual Peter Culley Memorial Walk

FYI your information is correct: heading down to the Colliery is a TERRIBLE way to get to either Duke Point or the pub.  The Colliery Trail does not cross the river, as indicated on my map of lies, but simply dead-ends there.  We thrashed north along the west bank for 1.5 km, finding wasps and impenetrable bush thickets in the process, forded the river (warm, but waist-deep + slippery rocks + current), trespassed through several citizens' private lands, & stumbled out, wet dirty & exhausted, on the Cedar Road.  The Colliery Trail, in an epic fuck-you gesture, starts up again just behind the Wheatsheaf Pub, where our appearances attracted no notice whatsoever.

6.5 km or so from the pub to Duke Point.  Good: wild apples.  Not so good: steady rain most of the way.  Hobbled onto the 5:45 from Duke Point with 3 minutes to spare & then totally collapsed, Keith's feet worse than mine but mine still not great.  We think somewhere between 18 and 22 miles on the day, adding in all the up and down, one of the longer walks I've ever done in my life.  PC would be proud (or just shaking his head...)!
- posted by cjb @ 9:17 AM