"To really understand the Internet, she asserts, the last place you want to be is online. 'It’s such a trap. Once you start looking at the Internet, that’s all you’re doing. So I spend my time reading, thinking, things like that.'"
- posted by cjb @ 9:27 AM
Thursday, May 08, 2014 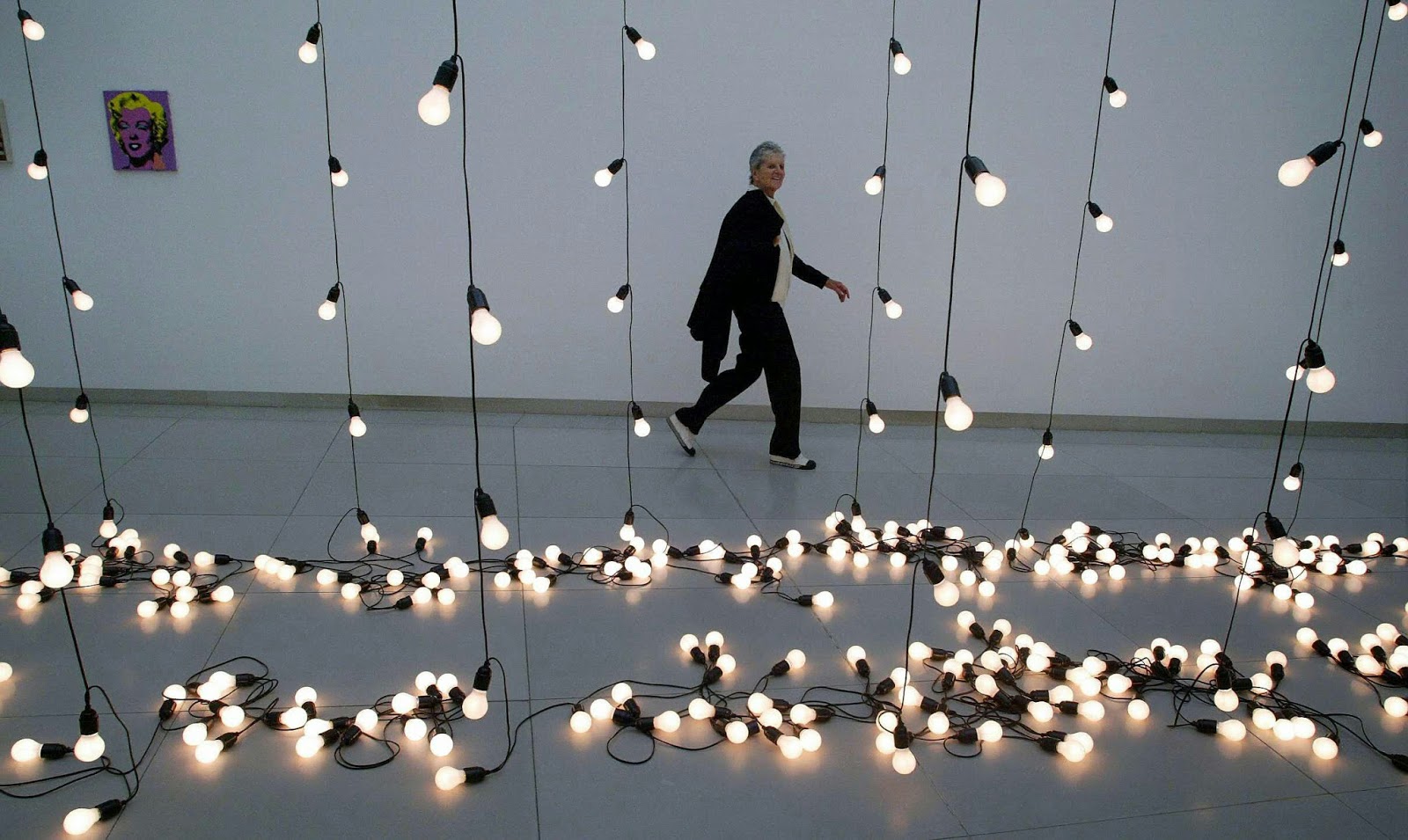 "That dirty little trickster called simulacra."  Sturtevant in Paris, not so long ago.
- posted by cjb @ 11:31 PM 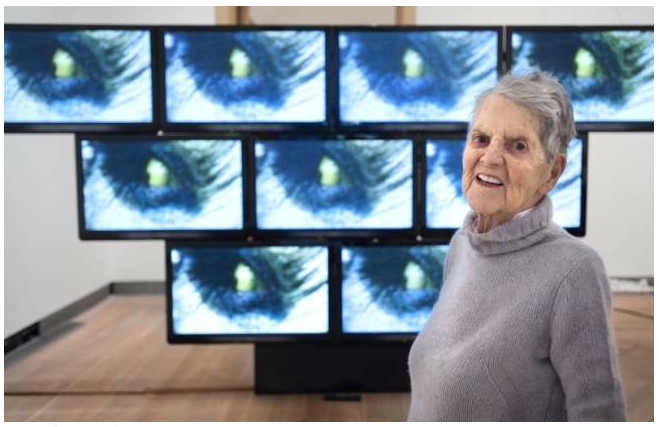 Sturtevant, 1930-2014.  The bravest of her generation; Bruce Hainley's Under the Sign of [sic] makes clear just how brave.  Very few artists have meant more to me.  I thought about writing to her in the mid-2000s, but felt pretty intimidated and never followed though.  What could I say about her work that this tough-minded woman didn't already know?  A few of my recent pictures are in some sense "letters never sent," and what they are trying to say in their own roundabout way is "Thanks."

PETER HALLEY: Would you go back to the work you were making in the mid ’60s and describe how you came to those decisions?

STURTEVANT: Well, that work was a result of very long-term thinking. It was not something that just popped in my head, that’s for sure. See, in the ’60s, there was the big bang of pop art. But pop only dealt with the surface. I started asking questions about what lay beneath the surface. What is the understructure of art? What is the silent power of art?

PETER HALLEY: How did you translate that concern into making, say, your Johns Flag?

STURTEVANT: If you use a source-work as a catalyst, you throw out representation. And once you do that, you can start talking about the understructure. It seemed too simple at first. But it’s always the simple things that work.

PETER HALLEY: Going back to that Johns flag, how, specifically, does the work enable the viewer to think about the understructure?

STURTEVANT: Technique is crucial. It has to look like a Johns flag so that when you see it you say, “Oh that’s a Johns flag,” even though there’s no force there to make it exactly like the Johns. Quite the opposite — the characteristic force is lacking. So when you realize it’s not a Johns, you’re either jolted into immediately rejecting it, or the work stays with you like a bad buzz in your head. You have to start thinking, “What is going on here?”

PETER HALLEY: “Why did the artist do this?” 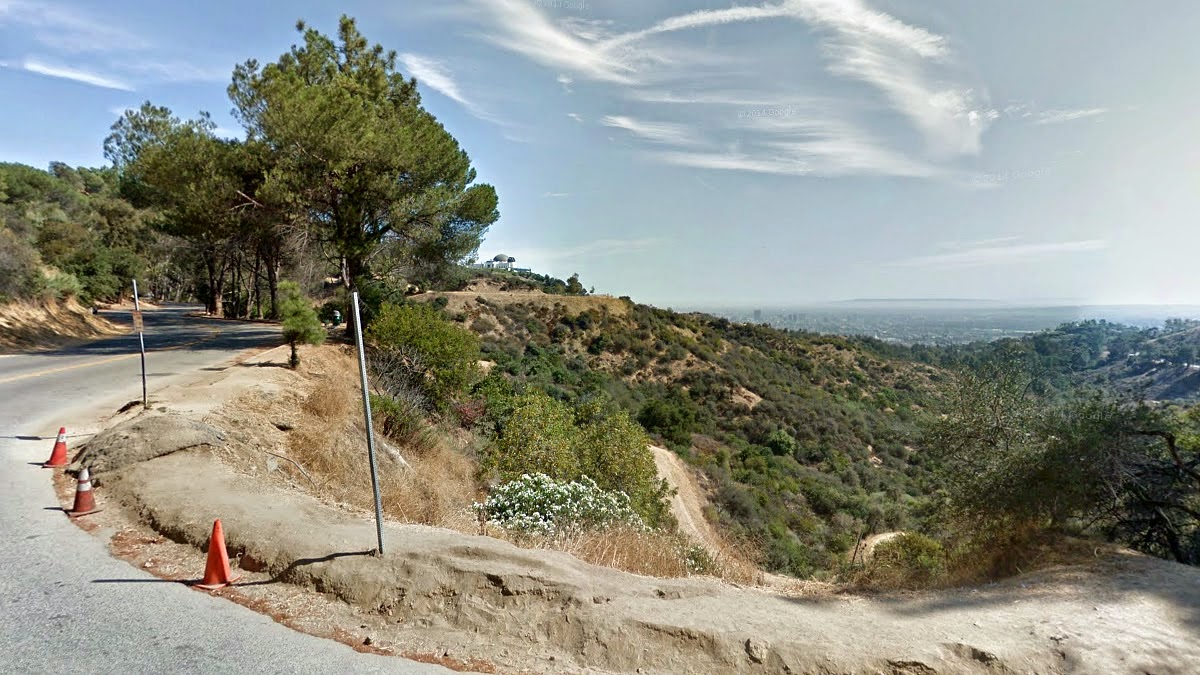 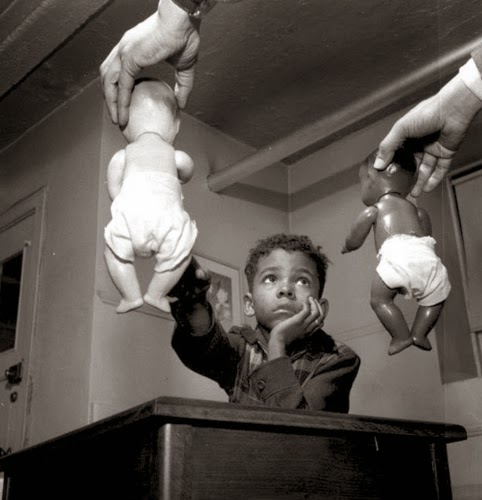 "Well, in the, in the test—everyone calls this, by the way, the dolls test, but in trying to answer our basic problem of how do people develop a sense of their own being, we used a number of techniques, partly the dolls technique was the most dramatic. But we had pictures of children, black and white, and we asked the children to indicate which one was like themselves, which one they liked, which ones they didn't like. We had a coloring test which I found more fascinating than the dolls test even, although nobody ever talks about it. We had drawings of such things as a leaf, an apple, a mouse, and a girl, and a boy, and we had a lot of crayons and we asked—this test was particularly concerned with trying to determine the child's sense of color, starting with three years of age and going up. And we had them to color the leaf, the apple, the mouse. And if they did that correctly, then we would say, 'Here is a little boy,' and if it were a little girl we would say to them, 'Color this little boy the color you like little boys to be,' which would indicate preference. And if it were a boy, we would say, 'Color this little girl the color you would like little girls to be.' And then we—the final question we asked them on the coloring test, 'Now color yourself the color you are.' Well, one of the reasons I found that the most interesting and disturbing [sound fades] method that we used before the doll test was that we found a number of the children who would color—when we'd say, 'Color this little boy if it were a boy, the color you are,' —a child three, four or five, who could color all the other things, the apple and the leaf and the mouse, an appropriate color, would take a totally inappropriate color to color himself. For example, would take vermillion, or a color that no human being was, and do that. That, to me, indicated a sense of disturbance about his own color. Then finally we came to the dolls test in the same situation. And the questions were very simple, you know, 'Show me a white doll.' We had two white dolls and two brown dolls. 'Show me the doll that's a white doll. Show me the doll that's a brown doll.' We had a series of about three or four questions that were concerned with knowledge of the difference, and we had questions that were concerned with preference, 'Show me the doll that you like to play with. Show me the doll that's a nice doll. Show we the doll that's a bad doll.' And after we asked these preference questions in which a majority of these children disturbingly rejected the black or brown doll, and described positive characteristics to the white doll—not all, but the majority did. Then the most disturbing question, and one that really made me, even as a scientist, upset, was we then asked as the final question, 'Now show me the doll that's most like you.' And it was disturbing because many of the children were emotionally upset at having to identify with the doll that they had rejected. Some of them would walk out the room or refuse to answer that question. And this we interpreted as indicating that color, in a racist society, was a very disturbing and traumatic component of an individual's sense of his own self esteem and worth."
- posted by cjb @ 5:51 PM
Sunday, May 04, 2014 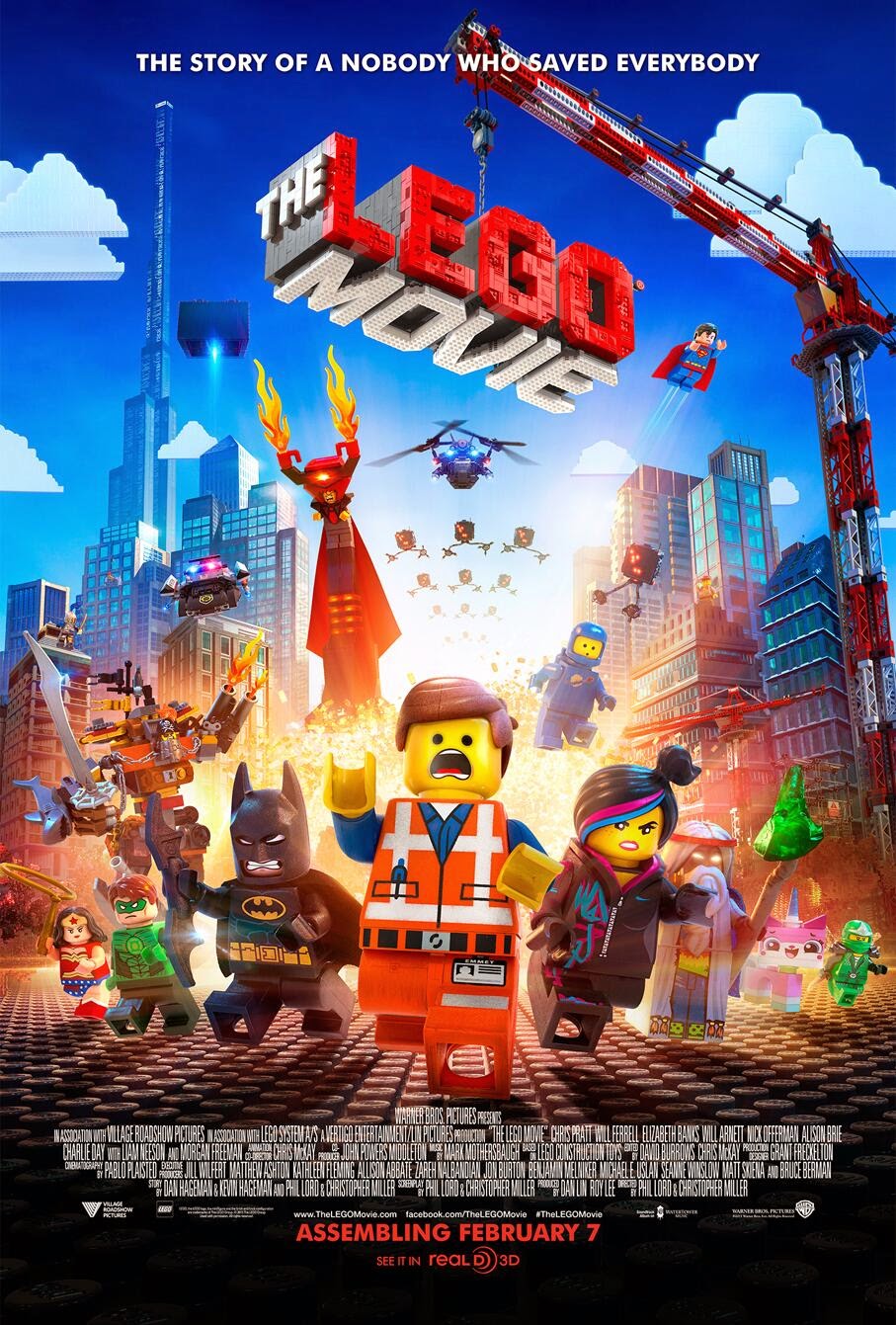 To a superb example of postmodern American-Australian art cinema, at Tinseltown.

Q:  Hey CJB, was that you crying?  In the theatre, behind those 3D glasses?


"The Special Prophesized RANDOLPH CARTER, I mean CHRIS PRATT, jumps off the IMPOSSIBLY TALL TOWER OF KADATH, um, OF WILL FERRELL, to stop NYARLATHOTEP I mean WILL from taking over his BEAUTIFUL HOME CITY; he falls into the ENDLESS VOID but WAKES from his dream-state to find himself in the REAL-WORLD-VERSION of his CITY, which was in the ACTUAL WORLD ALL ALONG, in BOSTON, I mean in--

"“They think they failed in the city, not that the city doesn’t make good its promises.” (Louise Gluck)
- posted by cjb @ 10:03 AM