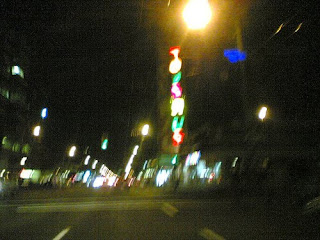 I needed to buy a toy pony. So off along Broadway I walked through mixed sunlight, rain showers, and cherry blossom snow, to Corporate Toy Store. In retrospect this was a bad idea. I should have walked straight up Main to the Granville Island Toy Company, where I later found a hand painted, made-in-Europe, anatomically correct pony for $10. But I was laboring under the misapprehension (which I despise when applied to my own industry) that Big = Massive Selection & Cheap. So past the Mr. Tube Steak cart blocking the front door and into the store I went.

Dust everywhere on the floor. Foam chips, packing-carton remnants, and little bits of broken-off pallet, as if a winter tide had just retreated down the aisle past the Star Wars Lego sets and Dora the Explorer.

Big bins of sad-looking stuffed toys with the day's current deliveries -- shrink-wrapped skids and broken boxes of toys -- shoved up against them, so that in order to reach a stuffed bunny I had to turn sideways and grope between the skids and the wall, grabbing blindly with my hands.

A sad and cheaply made penguin thrown on the floor, dust and cardboard adhered to his limp velour wings.

Lots of poorly made animatronic things that take batteries and speak. Bewildered parents picking up creatures that wriggle and writhe and enunciate a few fixed tinny phrases. Canned laughter.

Stuffed animals that only "come alive" once you log onto a website and input the secret alphanumeric code on the tag stapled onto their foot, which you then have to feed and "tend."

Walls of brands. The entrepreneur in me suspects that Toys 'r Us makes money selling shelf space to toy manufacturers, and not by providing anything resembling even basic customer service. In fact, during the whole half hour I was there, I didn't witness a single floor employee interacting with a customer. What I did observe was employees angrily stuffing toys onto the shelves without speaking, or quickly walking through the aisles, avoiding all semblance of eye contact.

No sign of anything I loved in childhood. No Tinkertoys, no basic Lego blocks, no Tonka trucks or Mouse Trap Game or cartoonish stuffed animals, cartoonish in the sense of being simple, largely undefined, like Charlie Brown, and therefore susceptible to the personality of their owner coming to inhabit them and so bringing them to life.

Deeply disturbed at capital's alternately hyperspecialized and cargo-cult approach to cultivating young minds, I walked out onto Broadway, down a side alley, and cried. Grieving, I suppose, for the PBS-Upper West Side approach of my childhood, the Sesame Street-Harriet The Spy-Owl Magazine approach of treating young minds as sophisticated, pliant, and culturally valuable, and therefore supplying, or trying to supply, complexity and quality, even in the context of a basic economic transaction.
- posted by cjb @ 7:13 PM
Friday, March 12, 2010 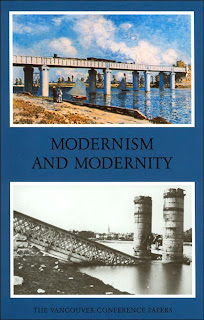 Last night's fractious question period: "I wish Serge was here." (The villagers' naïve wish-fufillment fantasy of reanimating Saint George to take out the huge scaly fire-breathing lizard strolling into town). The Department of Art History's unhappy recognition that it no longer calls the shots; that 2010 isn't 1983; and that no one is waiting for the academy's -- or the local regional art gallery's -- approval to do anything at all.
- posted by cjb @ 9:27 AM
Wednesday, March 10, 2010

Anyone not at the UBC Fine Arts Department this evening just missed the best lecture on Vancouver art and aesthetics delivered in the last decade. Thanks, Robert.
- posted by cjb @ 10:15 PM
Tuesday, March 09, 2010 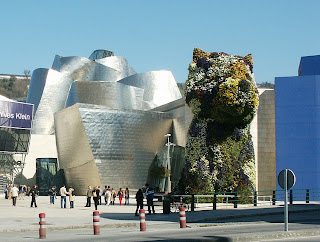 "Koons is famous for a public persona of relentlessly smiley, Amway-salesman unctuousness. But Skin Fruit makes clear to me that his deepest passion is anger, provoked by situations over which he has no control. The object of that anger, like the proverbial aim of standup comedians, is to 'kill.' Koons’s recourse to an air of collegiality and aesthetic assault is dictated by a distinct vulnerability in his position. His career and the plutocratic culture that it has adorned represent an epoch-making collusion of mega-collectors and leading artists, which has overridden the former gatekeeping roles of critics and curators and sidelined the traditional gallerists who work with artists on a long-term basis of mutual loyalty. With numbing regularity, newly hot artists have abandoned such nurture for gaudy, precarious deals with corporate-style dealers like Larry Gagosian, Pace-Wildenstein, and David Zwirner. In the boom era, buzz about the opportunistic exhibitions of such dealers and the latest sales figures from art fairs and auction houses were what passed for critical discourse. The situation mesmerized newcomers, by flashing promises of ascension to the starry feeding trough. Now that such promises can no longer be made, the posturing of Skin Fruit—roughly, noblesse oblige, laced with a left-libertarian raciness—cannot long deflect the mounting potency of class resentment. People are going to notice that the defensive elements, in this particular scrimmage of sensibilities, are members of the putatively vanguard aristocracy of wealth and social clout. The future of art, and the corresponding character of cultured society, seem bound to be determined by some smart, talented, as yet unidentified parties among the howling sansculottes." 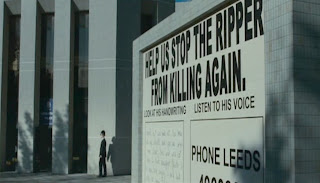 "[T]he torrential voice that begins as the sound of barbed talk among the books’ characters, but that ends up as the music or wind blowing through its shattered terrain. . . ."

"We have found ourselves in a culture of TV series and elaborate DVDs where some 'lost' movies are unpeeled before our eyes. And the eyes do have it. When The Sopranos ended, it was not with an emphatic story point, a wow! (like Tony being an FBI plant or a papal delegate), but a delicacy of mise-en-scène that had to be seen over and over again. Of course, that doesn’t apply to all TV, and it never will, but there are series that are works of visual conjuring just as some old movies now enter a Borgesian library of variants. Their pursuit tends to be meditative, solitary, and unnerving. It resembles reading." 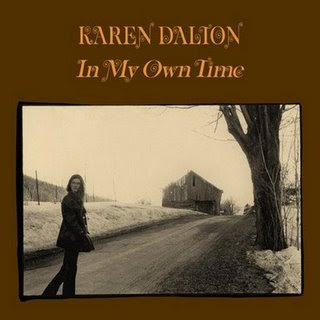 ACT (Aesthetically Claimed Thing): Karen Dalton, In A Station. One of the most beautiful songs I know.

Once upon a time leaves me empty
Tomorrow never comes
I could sing the sound of your laughter
Still I don't know your name
Must be some way to repay you
Out of all the good you gave
If a rumor should delay you
Love seems so little to save
- posted by cjb @ 8:21 PM