Mark Haddon, The Curious Incident of the Dog in the Night-Time:

"Eventually scientists will discover something that explains ghosts, just like they discovered electricity, which explained lightning, and it might be something about people's brains, or something about the earth's magnetic field, or it might be some new force altogether. And then ghosts won't be mysteries. They will be like electricity and rainbows and nonstick frying pans."
- posted by cjb @ 10:17 AM
Thursday, August 28, 2008 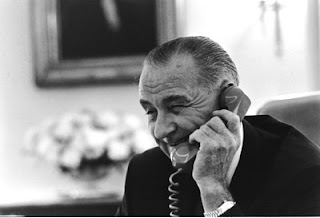 "The heroism of the march at Selma, the heroism all across the South, the almost unbelievable bravery of black men and women — and children, so many children — who marched, and were beaten, and marched again, for the right to vote, created the rising tide of national feeling behind the passage of civil rights legislation, the legislation not only of 1965 but of 1964 and 1957. That feeling did so much to make the legislation possible. It has taken me scores of pages in my books to try to describe that heroism, and all of them inadequate. But it also took Lyndon Johnson, whom the black leader James Farmer, sitting in the Oval Office, heard 'cajoling, threatening, everything else, whatever was necessary' to get the 1965 bill passed and who, with his legislative genius and savage will, broke, piece by piece, in 1957 and 1964 and 1965, the long unbreakable power of the Southern bloc."
- posted by cjb @ 6:09 PM 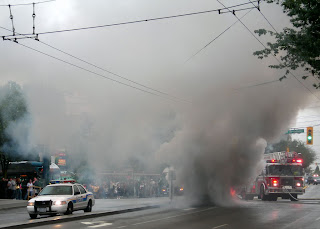 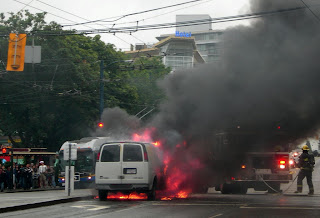 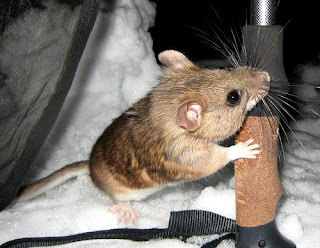 Some civilian writes to ask, "What's this snafflehound thing you keep mentioning?"

A: As above. Neotoma cinerea and friends. 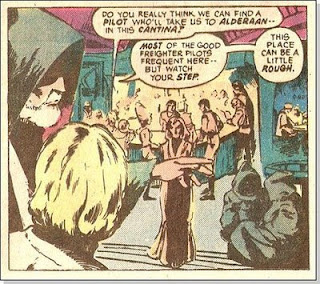 CSA's 2008-9 exhibitions schedule was planned last night in about an hour and a half, with the help of two plates of nachos, delicious beer, and some complicated mixed drinks that apparently originated in Star Wars' cantina scene.

The relief of not having to interact with the Canada Council, VANOC's Cultural Olympiad, the Office of Cultural Affairs, and numerous other art-bureaucratic time-wasters, hand-holders and report-requesters: priceless. 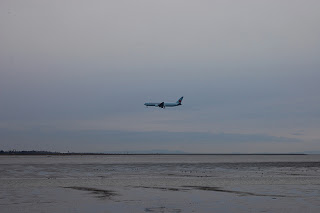 Red and orange storm-light after rain, torn clouds out over the island.

The jet rocking on descent, brilliant crimson bars spilling across the aisle.

Urk, urk of hydraulics, the flaps retracting over the wings.

"Worse, all those current artists who indulged themselves in actual words -- paintings with words in them, 'photo-text pieces,' video works stuffed with dialogue, and other works requiring more didactic printed material slapped up on the walls than you’d find in a science museum -- weren’t the worst of it; the sin of language was a misdemeanor compared with whole nihilistic roomfuls of abject detritus, installations with more electronic equipment than an arena concert, and hugely expensive wannabe architecture in which designer drugs were somewhat mitigated by the assistance of a structural engineer. Although the artists boasted in the accompanying press material that the art -- what a big tent 'art' was now! -- 'forces the viewer to confront' some geopolitical issue or another, the local stuff, at least, seemed to be made by upper-middle-class kids who could afford the tuition for a Master of Fine Arts degree and then a studio in some rapidly gentrifying quarter of Brooklyn...."
- posted by cjb @ 11:14 AM