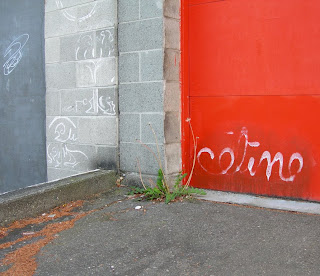 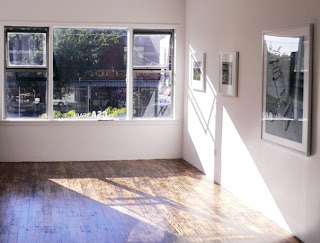 Why not see a legend while it's still being made?
Think it's kind of squirrelly when you're sleeping in the park
Jam too far propagating in the night
My colleagues and associates have kicked out all the lights
- posted by cjb @ 5:23 PM
Friday, May 30, 2008 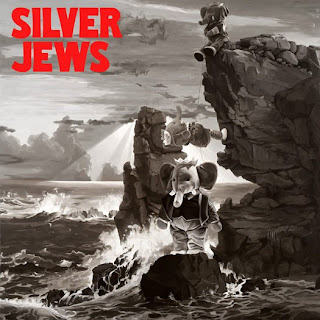 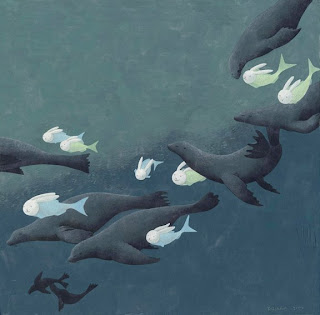 Seals and bunnyfish by Kozyndan. There's much to be said for art that entwines realist details (the seals' graceful curves; the rabbits' ears, trailing out like bull kelp fronds) with fantastic or otherworldly content. It's fashionable to think that art attains its criticality by depicting images of conflict or unfreedom, and to disparage works depicting other types of interactions either as reifications of a preexisting social order, or as "illustration." I disagree: art's job is simply to depict what is there, without reflexively editing or prejudging. Goya's work means a lot to me, but I would not have gotten to it without, for example, Richard Scarry's Busytown, which trained me to spend a long time looking at visual details (posture; dress; "narrative grammar"), and to then orchestrate those details to "produce meaning." Images of joy and celebration are definitely part of a truly critical art. (Think of Brueghel's dancing peasants. Or Manet's La Musique aux Tuileries). And images of radically different cultures meeting and mingling (as above), each intrigued by its other, implicitly critique what presently passes for "debate" in public life.
- posted by cjb @ 7:18 PM 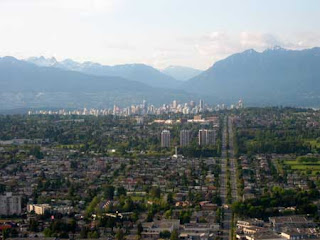 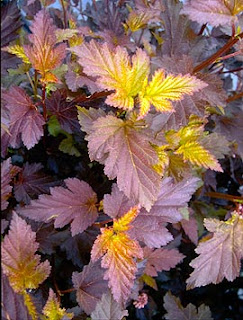 "The foliage of Centre Glow™ ninebark (P.o.’Centre Glow’) begins strikingly similar to Dart’s Gold, but quickly transforms to burgundy from the outside edge of the leaves inward - leaving the characteristic center of the leaf appearing to glow a bright gold. As the plant continues to age through the growing the season, the older leaves are always considerable darker than the newer emerging leaves, leaving the plant with a constantly dynamic, ever-changing appeal. In autumn, the leaves take on an extremely bright scarlet color, which rivals anything in the current Northern landscape."
- posted by cjb @ 8:30 PM 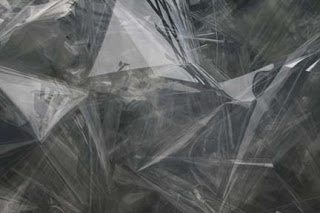 Gaultheria shallon, flourishing out on the balcony
- posted by cjb @ 10:34 PM