"Q: You once said that the museum introduces visitors to their role within the market economy. Can you elaborate on this?

TINO SEHGAL: It's very simple, actually. 250 years ago, in economic terms, we were in a society under the premise of lack, meaning the supply side had the power. Today we are in an affluent society, where the demand side has the power. The political sphere is now less important than the economic sphere in creating and producing reality and we, as consumers, are at our most powerful. That's why there is so much advertising, consumer polling and market research. Now, the museum is a ritual place where citizenship is reflected. The notion of the individual is celebrated both through the works of individual artists and by the fact that you can walk through freely on your own or however you wish. But in its classical form, the museum viewed you as a subject. There was a democratic process that constructed culture and when you entered the museum, you received this culture, just as you would receive orders from the king. I don't think that's the case in our society anymore. We are constantly constructing reality. So when you enter my work, you are also constructing it."
- posted by cjb @ 6:06 PM
Friday, December 14, 2007

WIDE-EYED YOUNG WOMAN: Do you have The Way Of The Superior Man: A Spiritual Guide to Mastering the Challenges of Woman, Work, and Sexual Desire?

CJB: I don't think so. But I'll check. [Retrieves cover image from Amazon]. Sorry, I've never seen this book before in my life.

WEYW: It's a great book! Have you read it?

CJB: I've never seen it. Reading it without seeing it would be a bit of a stretch, wouldn't it?

WEYW: What's that supposed to mean?

From an enthusiastic Amazon fan-review:

"Not only does [the author] unravel the mysteries of women, he has a profound and ancient knowledge of how men function on their deepest levels. He answers so many questions, I truly felt more enlightened in regards to relationship and life issues.

What is a man's highest priority?
When should you start to enjoy your life? Is the time now?
Are you willing to do what it takes to stay on the edge?
How can fear become your friend?
Why you should allow yourself time to discover 'the unknowing.'
How a period of unknowingness can lead to knowing your purpose.
What makes a man more attractive to a woman?
Why do women love it when a man takes charge on a date?
Why do women refuse to surrender? What does surrender really mean?
Is she just a woman to you? Or do you want to change her?"
- posted by cjb @ 5:22 PM
Thursday, December 13, 2007 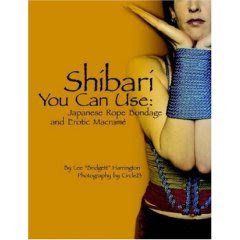 Perpetually unloved fund holding Dominion Citrus Income Fund (DOM.UN) suspended its monthly distribution today, effective January 2008, and plans to convert from an income trust back to a regular corporate structure by mid-2008. The unit price will likely tank tomorrow morning, and remain tanked for the near term.

I will acquire additional units tomorrow, at whatever irrational price the market serves up. My thinking is as follows:

1. I estimate DOM.UN's liquidation value at between .28-.39/unit. This is what unitholders would receive if the company closed down, blew off all the assets, and distributed the proceeds to the owners. But DOM.UN isn't closing down. It's a viable business that has repeatedly generated earnings of .08-.10/unit. 2007's earnings look worse than this medium-to-long-term average, because of a massive goodwill writedown in the second quarter. But a goodwill impairment (an accounting term) does not neccessarily indicate an economic impairment of the business' operating results. Dominion didn't invest in a new warehouse, new packaging equipment, new climate control facilities, etc. because its managers think it's going out of business any time soon. The company's intensive capex ("capital expenditures") is a signal that the business is relatively healthy and growing.

2. DOM.UN has been squeezed by its biggest customers: major grocery chains in Ontario and Quebec. The company has reasonably responded by shifting its business model away from supplying carrots, potatoes, and the like, and toward manufacturing and distributing higher-margin products ("fresh-cut" fruit and veggies, smoothies, etc.) for which there are fewer available substitutes, and less customer sensitivity to margins. 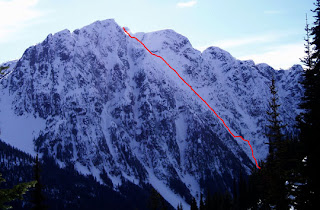 My brother, Drew Brayshaw, breaks into Alpinist, the NYT of the world climbing community, with an account of a 23-hour round trip first ascent of an unclimbed 1000m (3000 foot) face in the headwaters of the Skagit Valley.
- posted by cjb @ 6:33 PM
Wednesday, December 12, 2007 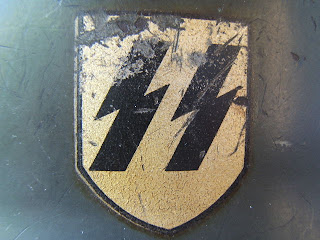 Act natural, like you don't care. A much younger melodica-tootling Donald, with the New York Rock and Soul Review, Cornelius Bumpus on (one) horn. A great performance.
- posted by cjb @ 8:25 PM 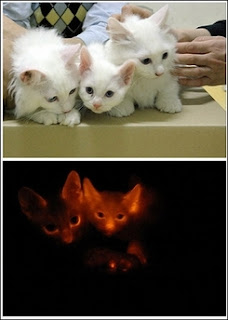 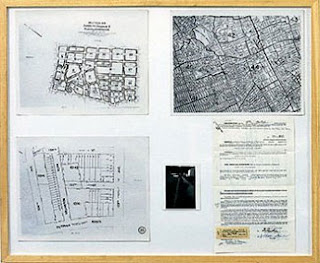 "It was [...] artwork, but [art] that may have been recognized as such by only a handful of people. Therefore, it was of questionable value. You must understand that, at that time, most people didn't know what to make of Gordon's art. Even his friends weren't sure if Gordon was making art or just fooling around. Gordon always thought he was making art, but he had no idea if such art would one day be worthwhile, if it might have a value beyond the moment. I was so daunted by trying to make any sense out of the contents of the box that I stuck them away in a closet. . . ."
- posted by cjb @ 9:36 AM
Monday, December 10, 2007 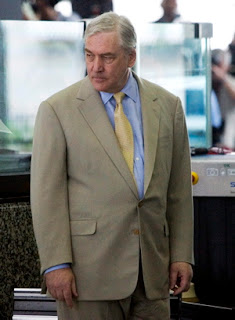 "Lisa accuses Homer of feeling schadenfreude when Homer gloats about Ned Flanders being on the verge of bankruptcy. Lisa asks Homer, 'Dad, do you know what schadenfreude is?', to which Homer replies in a sarcastic tone, 'No, I do not know what schadenfreude is. Please tell me because I'm dying to know.' Lisa then explains 'It's a German word for shameful joy, taking pleasure in the suffering of others.' Homer responds, 'Oh, come on, Lisa. I'm just glad to see him fall flat on his butt! He's usually all happy and comfortable, and surrounded by loved ones, and it makes me feel...what's the opposite of that shameful joy thing of yours?' 'Sour grapes.' 'Boy, those Germans have a word for everything.'"
- posted by cjb @ 11:50 PM 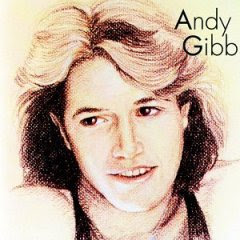 That funny thumping sound? Hipsters bailing off the bandwagon in droves.

I guess my simultaneous note-taking from Linda Nochlin's Realism, Walter Benjamin's "The Storyteller" and that new Gordon Matta-Clark catalog doesn't cut any ice. Now that I've shown my colors.
- posted by cjb @ 11:27 PM 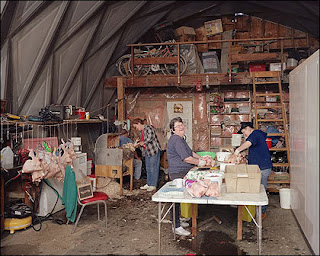 "'I think of my work as sober, but I don't find it sad or melancholy,' Wall says. 'I try to contemplate things that happen, whatever they happen to be. And I like to work with commonplace material because I think there's nothing as complicated as the commonplace. It's magical to be able to make a picture that imparts a strong aesthetic experience in spite of unprepossessing subject matter. It's much more interesting to conjure something out of nothing."
- posted by cjb @ 10:37 PM 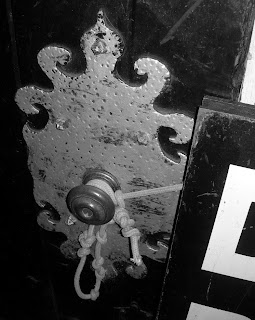 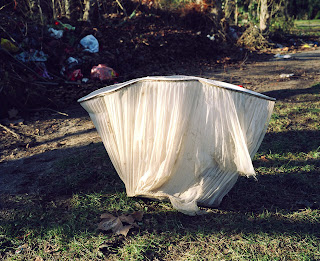 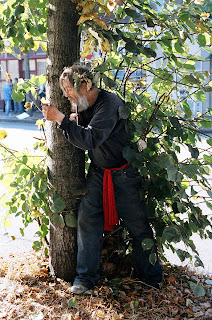 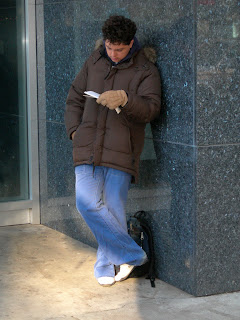