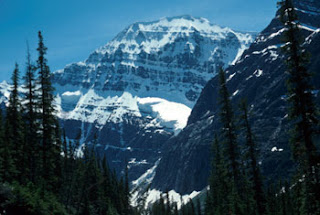 Q: Why'd you act like such a colossal asshole this afternoon? 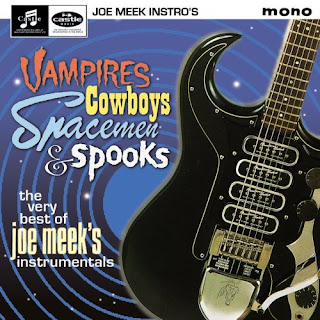 "Swing Out Sister include[d] a short instrumental named 'Joe Meek's Cat' on their 1994 album Shapes and Patterns, inspired by Joe's 1966 ghost-hunting expeditions to Warley Lea Farm during which he allegedly captured recordings of a talking cat channeling the spirit of a former landowner who committed suicide at the farm."
- posted by cjb @ 6:02 PM

I hadn't and I do, especially the close-ups of Tenants and Cold Storage. Thanks!

"Re: DOM.UN. It has been on my watch list for about at year. At the current return rate of 20.33%, I was hard pressed to think of a negative - even if they cut down the distributions dramatically, as long as it's not zero - it beats any bond of the same risk level.

I agree with you on the market's bad evaluation. Since I'm buying this with little regard to capital variations -- income, please! -- and since the underlying assets of the company AND their business strategy are sound, AND the US$ is showing signs of mid-term rebound vs $CAN, at 0.57 it's one heck of a deal.

Only wish I could buy even more than what I did without being irresponsible vs diversification."
- posted by cjb @ 12:22 PM
Thursday, December 06, 2007 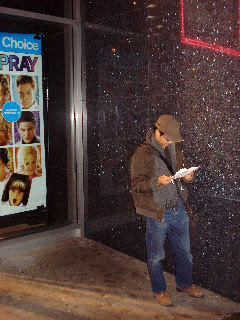 I'd Rather Be At Home With Ray

Hank Mobley, I Should Care 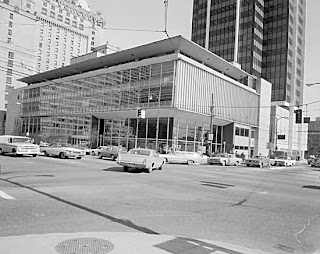 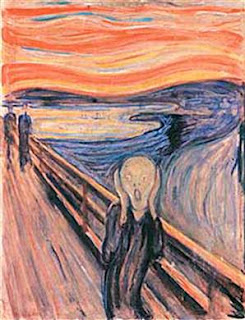 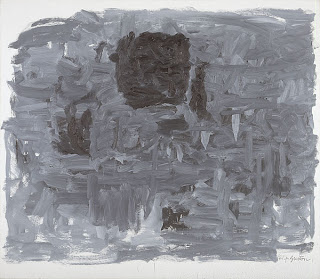 The haystacks in question are behind a wire fence, and bound with lengths of baling twine. At some point they might have stood upright, piled symmetrically at the field's edge under the pale white sky, but gravity and time have worked against them, and now they sag in place. The bales closest to the ground have disintegrated. The twine that once held them together is still intact, but the straw has trickled out in little dribbles of chaff, indistinguishable from the stubble covering the foreground grass.

When I look at this lopsided spectacle, I think of the top-heavy mesas dotting the backgrounds of cartoonists like George Herriman and Chuck Jones. Or – more to the point -- Philip Guston's endless accumulations of lumpy piled-up stuff, picture frames and paintbrushes and sweaters and bricks and shoes.

The great theme of Guston's late work is the conceptual and ethical bankruptcy of the gestural abstraction that “made” his mid-career. Devoid of figurative content – reduced to fields of thick, muddy color – Guston's brushstrokes churn impotently in space. Pictures like Fable I (1956-7), or Prospects (1964) are best understood as allegories of a creative process at war with itself. Only when Guston violated the laws governing his initial departure from figuration – "opticality"; "all-over-ness"; Greenbergian "unique and proper area of competence," etc. – was he able to abreact the tensions that permeate his abstract paintings.

Guston's "cartoon paintings" don't exorcise these tensions. Instead they treat them allegorically, taking them as the subject and central theme of the work. The abstract pictures' cluttered paint handling is sharpened by its containment in things: in shoelaces, or cigarette ashes, or the stubble on the knuckles of a knobby cartoon hand. And so Guston's cartoon paintings are animated by a paradox: they acknowledge representation's belatedness in the face of abstract art, conceptual art, performance, land art, installation art and every other movement of the moment, but they persevere.

Photography is a depictive medium; it cannot dispense, as Guston did at times, with things. Even a photogram or cliché-verre print is an indexical trace of something, even if that thing is as insubstantial as sunlight, or the sharp point of a stylus moving across a smoked glass plate. Very early photographs – William Henry Fox Talbot's pictures of lace, for instance, or his studies of leaves – are animated by their extraordinarily clear-eyed study of things. Early photography slows things down, so that common objects – the edge of a tablecloth, say – assume a visual "stickiness" out of all proportion to the hold that they exert on us in person. A real tablecloth is worth a half-glance, maybe less. We think that we already know it. Fox Talbot's pictures question the arrogance of such assured "knowing"; they uncover worlds of hidden visual complexity in common things, analogous to those that Karl Blossfeldt found in his close-up studies of plant anatomy, or the ones Alfred Stieglitz documented in his Equivalents, his great studies of mackerel-colored skies.

Representation, which modernist painting proclaimed disposable some time around 1900, proved to be an essential piece of luggage that photographers could not casually heave overboard. Unable to dispense, as could painters, with depiction, photographers eager to prove their "modernity" seized upon two solutions: on one hand -- as in the work of Charles Sheeler -- compositions built of flatly overlapping planes whose arrangements superficially emulate the stylistically up-to-date "look" of proto-Cubist, Cubist, or Futurist painting. On the other hand -- a view outlined by Greenberg in his great essay on Edward Weston, "The Camera's Glass Eye," but probably more accurately applied to the work of Walker Evans – photography turned toward the "literary," toward narrative, photojournalism, and "factography." These two solutions still persist today. Dan Graham and Ed Ruscha emulate the "look" of different photographic genres -- amateurism, photojournalism, commercial architectural and real-estate photography, etc. -- while Andreas Gursky and Thomas Ruff strive – to my eye, unconvincingly -- to imply connections between their compositions and the similar formal solutions of modern abstract art.

Grill's solution is different. Like Guston, he works with a medium whose belatedness he takes for granted. Haystacks is as plain as any of Guston's figurative pictures. It depicts a structure under assault from the weight of its past. The image is a depiction of real haystacks in a real field, and also an assessment of photography as Grill finds it, weighed down by history, and embarking on a period of slow internal decay. Just as Guston's piles of cartoon stuff are simultaneously representations of objects and uneasy meditations on the shortcomings of the representation process, Grill's picture explores depiction’s place in a world in which photographic meaning is increasingly tied to context, not content.

Grill calls attention to this process without passing judgment on it. Like Guston, he recognizes that his place in history is more accurately represented by images of decay or "belatedness" than by the rigidly enforced hierarchies of today's micro-genres, the market forces that bind young artists into "groups" and "movements": terms that have more to do with branding and economic necessity than with the actuality of lived experience.

Charles Baudelaire once ambiguously complemented Edouard Manet on the "decrepitude" of his art. Baudelaire recognized that the unresolved air of Manet’s pictures, with their abbreviated brushstrokes and quickly filled-in forms, was "bad" by the standards of academia and the salon, but accurately expressed the disintegration of the genre forms Manet had inherited from the past, which were now under fierce assault from new kinds of mass communication like photography and lithography. Painting no longer held a privileged place in French visual culture, and Manet's "bad" paintings were news of this decline. Grill's photographs are news, too. Like Guston and Manet before him, Grill is skeptical of the usefulness of the medium he has inherited from history. But working in a “belated” medium, with all its flaws and contradictions, is still preferable to surrendering to a historical situation like the one we find today, one in which all aesthetic criteria have been suspended, a post-medium phase in which Duchamp’s injunction to “Do whatever” has been universalized and codified as law. Grill summarizes his dilemma with an image of fragments, held terribly and precariously together.
- posted by cjb @ 9:06 PM 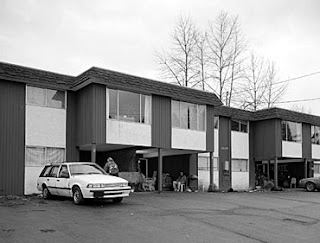 A copy of Deutsche Guggenheim Magazine arrived in the mail today, with a Jean-Francois Chevrier text and good reproductions of Men Waiting and Tenants. That's a white Subaru Ford wagon in the lower left corner of Tenants: I actually got out a magnifying glass and studied the little cartoon-stars ornament Ford ornament on the grille. Not a Legacy, but beggars can't be choosers. That said, a dinged-up Subaru wagon "of a certain age" is a pretty safe bet if you want to photographically represent a beater, and there are plenty of them in the Valley.

A: Five-digit address on the side of the apartment. Surrey, Abbotsford, or Chilliwack.

[Edits after receiving the Guggenheim catalog in the mail, whose sharp, full-page enlargement of the front of the car convincingly proved its Fordness. Sigh.]
- posted by cjb @ 7:47 PM 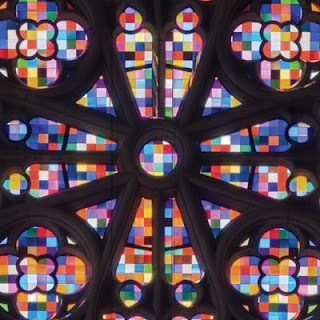 "Under present circumstances, it could only be expected that serious professional artists, progressive or conservative, would become increasingly desperate to find alternative institutional and discursive spaces to shelter their work from the violent impact of three forces that have dramatically altered every facet and fraction of artistic practice in the last ten years: digital electronic technology, the globalization of capital, and the monolithic power of an institutionalized art market that aspires to a fast and final merger with the music and fashion industries. A market that seems to have turned Joseph Beuys's prophecy that 'everybody will become an artist' into a travesty with calamitous consequences. How is a traditional artistic subject with its latently aristocratic or manisfestly bourgeois ego formations to respond to a situation in which locust swarms of international mediocrities claiming the status of 'artist' emerge now in greater numbers in a month than the total number of artists recorded in an entire decade up until the 1980s?"
- posted by cjb @ 4:07 PM
Monday, December 03, 2007 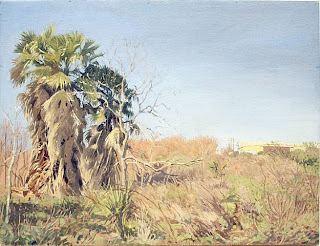 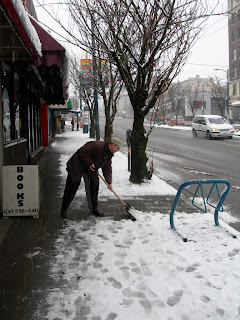 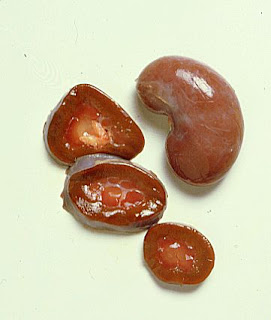 "Tak said, 'The snow ghosts are gonna come out tonight.' He nodded and took a drink.

Bella, who had a big round nose, said, "What are snow ghosts, Tak?'

'You don't know that? Snow ghosts? They live in the walls of old buildings. Where people have lived and died. Probably lots in this building.'

'Well, then her ghost'll be out tonight. When the snow is falling hard like this, snow ghosts feel at home.'

'Tak, what is this horseshit you're talking about,' Harry said. But Pauline smiled. 'Let him talk. I'm curious. So, Tak, do they do anything when it snows?'

'Sure they do. They go out on the street. They move in the air. They go by the sides of buildings, down alleys. They go up stairs and fire escapes. They sit on the tops of telephone poles and whisper your name. You can hear them when you walk out in the snow, in the sound of the snow falling.'"
- posted by cjb @ 10:34 AM