CJB is kayaking, hiking and editing art criticism up the coast, and offline for a few days.

Washington/Oregon Road Trip, Day Three: At The Lynch Motel (previous installments available over at All The Little Live Things)

Wake up late. On the Discovery Channel, Shark Family Robinson are cage diving and tickling white sharks' bellies. The Incredible Talking Cats would be happy to watch shark TV all morning, but time's a'wastin and we've gotta go. Out into a high desert morning, the cliffs of the Columbia Gorge having disappeared some time in the night as we drove upriver, to be replaced by hot white light, dusty green aspen leaves, deserted bank parking lots that say, "Stephen Shore," in blinking neon capitals. Several circuits of the town's one-way streets later we park at The Road Restaurant (302 W. 2nd Street) and put away the Big American Breakfasts we've been waiting for all trip. Breakfast highlight: ropy old Tommy Lee Jones Lookalike in the booth opposite, heavily salting and peppering his fruit cup.

Up and down the highway. Tolagson photographs Mount Hood; the Dalles dam; the Walker Evans-style collapsing shacks beside the huge new riverfront motel. CJB, feeling like a cynical fraud in the face of his friend's genuine enthusiasm, mopes over the steering wheel and wonders why the whole landscape looks, at least to him, like someone else's photograph.

Across the mighty Columbia and down the Washington side of the river. A gorgeous day, deep blue of the river and gold of the surrounding hills. Little lakes scattered everywhere, full of swimmers and inflatable tubes. Parasailers and windsurfers out on the river. Dusty blue sky. North through White Salmon, a tiny hillside town with a good bookstore, even better coffee bar, and great ambience. We know the town's probably sleepy nine months of the year, but appreciate the experience regardless: genial chat with the friendly bookstore proprietor; innocuous flirtatious chat with the young cuties in the coffee bar; cool wind rising up off the river and bringing the fresh cinnamon smell of ponderosa pines down off the hills.

Off through the forest. Winding roads. Backtracking. Countless hours of breathtaking views of huge Mount Adams, followed by unnumbered forest roads that scatter every which way, none of which are on the map. Back and forth through the high country, around and around and around. Much animated discussion of the map's (numerous) failings, the driver's (perhaps irrational) navigational confidence, and the passenger's fraying patience.

A pleasant sit beside the White Salmon River, trail mix and bottled water, deep green water slowly flowing by. Then another three hours of up and down and around and around, followed by the Mount Adams and Mount Hood burgers at a truck stop in the middle of nowhere, followed by peanut butter pie, its whipped topping easily as thick as the generous portion of filling inside the pie.

Into suburban Tacoma near dusk, where a lighted Goodwill beckons. CJB executes a screaming left turn across three lanes of traffic, then proceeds to vaccuum the paperback section even as the long-suffering staff proceed to close up by locking all the doors and escorting the rest of the public out.

Motel time. But the Seattle Seafair virtualy guarantees that there are no motel rooms available within a two hour drive of the city. Our heroes cruise fruitlessly up and down the I-5 corridor as time stretches on toward midnight, tempers fraying. They drive toward the coast. They drive inland. They drive around and around in circles, furious at smirking desk clerks and parking lots full of Ski-Doo towing RVs.

"If we were a couple, we would have broken up by now," says Tolagson.

"And one of us would have taken the bus home," CJB agrees.

In Fife, a neon sign beckons from the freeway: VACANCY.

"Forty-eight dollars," says the sweaty overweight ponytailed hippie seated in the brightly lit lobby beneath the framed color photographs of the Fife Police Department's drug detection dog. "Park around the side."

Where it's dark, and our heroes' feet crunch over the starry remnants of several months' worth of busted-out car and truck windows.

"Don't leave anything in the car," says anxious CJB.

Up the stairs and out onto an open balcony running the length of the building.

A view of the motel pool illuminated by moonlight: drained, and stacked with broken furniture heaped up like cordwood and covered in blackberry vines.

In room #1, a couple is havin' things, and clearly visible through the half-open door.

In room #2, Shirtless Dude is smacked-out on the bed, with the door wide open and his works abandoned on the floor.

Our room's door is locked. But the lights are on, the curtain's drawn, and, through a crack in the curtains, bath towels and bedding are visible, heaped up in a pile by the door.

"I think someone's in there," says CJB.

"I think that's shadows on the glass," says JT.

"What the fuck should I do?"

Disshevelled room. Bed torn apart. Bath linen and sheets on the floor. Thick tropical funk of semen and other assorted fluids hanging heavily in the air.

CJB takes a step into the room. Then another.

Shadow in the bathroom.

Huge fresh spray of blood running across the carpet beside the bed and up the wall.

"And you'd like your money back why?" asks the genial old pony-tailed hippie in the lobby.

"Oh my," says the not too terribly surprised-looking desk clerk. "Of course..."

I'll be aggregating the USD portfolio's distributions every month or two, as they occur a little less frequently than the Canadian portfolio's.

The USD portfolio has held up nicely against -- and in fact is slightly ahead of -- its benchmark index, the S&P 500. I won't post a detailed calculation here, but will report the (hopefully) good or bad news to shareholders on or around October 15th.
- posted by cjb @ 5:37 PM
Tuesday, August 28, 2007 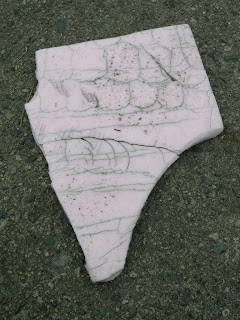 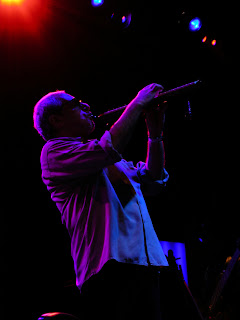 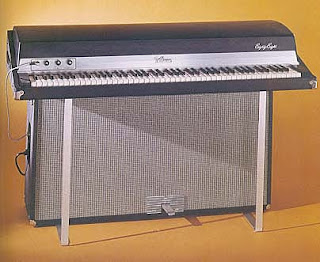 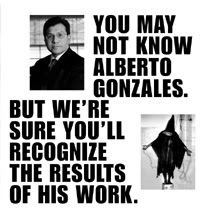 Chronic liar, evader and mis-rememberer Alberto R. Gonzales keeps the deceptions up even on his way out the door:

"On Saturday night Mr. Gonzales was contacted by his press spokesman to ask how the department should respond to inquiries from reporters about rumors of his resignation, and he told the spokesman to deny the reports.

White House spokesmen also insisted on Sunday that they did not believe that Mr. Gonzales was planning to resign. Aides to senior members of the Senate Judiciary Committee said over the weekend that they had received no suggestion from the administration that Mr. Gonzales intended to resign.

As late as Sunday afternoon, Mr. Gonzales himself was denying through his spokesman that he was quitting. The spokesman, Brian Roehrkasse, said Sunday that he telephoned the attorney general about the reports of his imminent resignation 'and he said it wasn’t true — so I don’t know what more I can say.'"

K. writes from the depths of specialty food retail hell:

"I just got yelled at by a man who bought oat groats that would not grow into grass for his cat. He wanted his $1.89 back. I pointed out that seeds without the outer husk will not grow. He told me that he was not an idiot and he knew that. I then asked him why he bought huskless groats if he already knew that they would not grow. He said, 'I refuse to rise to that. You're baiting me, trying to get a reaction. Well, I'm going to send the owner a bill for my time at $45.00/hour.' I said, 'Fine, you've been here for five minutes, that's about three seventy-five,' and walked away and started working with my back to him. Then I bought a calendar from a nun. It has all the saints' days."
- posted by cjb @ 4:17 PM 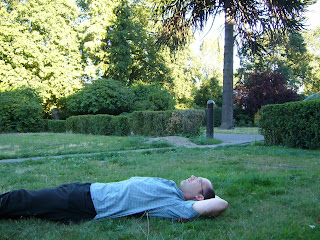 Some Trees
By John Ashbery

These are amazing: each
Joining a neighbor, as though speech
Were a still performance.
Arranging by chance

To meet as far this morning
From the world as agreeing
With it, you and I
Are suddenly what the trees try

To tell us we are:
That their merely being there
Means something; that soon
We may touch, love, explain.

And glad not to have invented
Some comeliness, we are surrounded:
A silence already filled with noises,
A canvas on which emerges

A chorus of smiles, a winter morning.
Place in a puzzling light, and moving,
Our days put on such reticence
These accents seem their own defense. 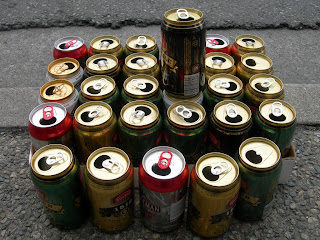