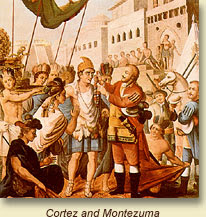 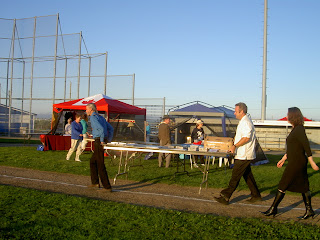 Disappear Into The Sun

Grey even light, cloud ceiling four thousand feet off the deck and holding. Off to the credit union, abandoning the staff to the week-before-Christmas rush that inexplicably decided to reappear mid-February. Phone ringing, desk chest-deep in books, suitcases, laundry baskets and surplus BCLDB boxes piling up as if flung from a fire hose. Among the 1000+ (!!!) titles that arrived today: a full set of Cornwell Sharpes, and some nice old UK SF hardcovers, including a lovely Wyndham Kraken Wakes and an Arthur Clarke Challenge of The Sea (above) sporting a furtive-looking giant squid. Legendary DC Comics editor Julie Schwartz apparently believed that comics with gorillas on their covers shift units; some variant belief seemingly existed among late 60s UK SF editors, with giant molluscs replacing monkeys.

A little light rain now after dark, Sunny Day Real Estate's intense falsetto anthems on the deck, customers still puttering about. Snapshots on the desk in front of me, studies for my first posed ("cinematographic") picture, Carrying a Table, 2007.

Rain falling through the lamplight. 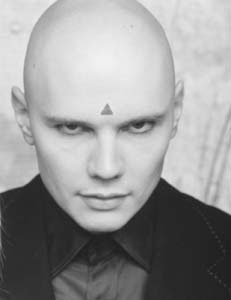 "I've Got Some Great Books For Sale!"

"Why's that? People aren't going to New Orleans any more?" 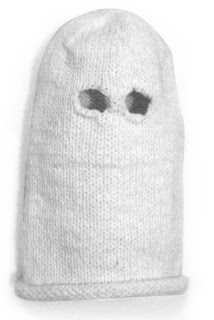 So, an additional $895.20 of equity is forthcoming, whose unit value I can't yet calculate, lacking the "weighted average trading price on the date of record." This information should be available some time in the next day or two, and I'll make the appropriate updates at that time.

When First We Faced
By Philip Larkin

When first we faced, and touching showed
How well we knew the early moves,
Behind the moonlight and the frost,
The excitement and the gratitude,
There stood how much our meeting owed
To other meetings, other loves.

The decades of a different life
That opened past your inch-close eyes
Belonged to others, lavished, lost;
Nor could I hold you hard enough
To call my years of hunger-strife
Back for your mouth to colonise. 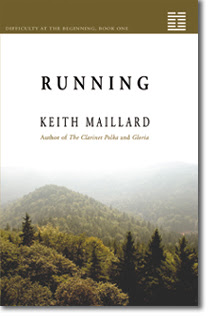 "My feelings were powerful and my thoughts were vague, so trying now to guess what it is that I wanted from her is a work of pure archeology from a site almost devoid of clues -- not much more than a broken pot here, a few flints there, and a ruined hearth stone. This is the best I can do."

[And I note, in typing up the above, that the last sentence in my version ends with a colon in Maillard's text, and another hundred-odd words of explanation. All his hedging aside, Maillard's narrator actually has a pretty good idea of 'what it is that [he] wanted from her.' Whereas my version ('mistranslation'?) throws the reader back on memory's sketchy evidence: those ceramic shards, that blackened stone.] 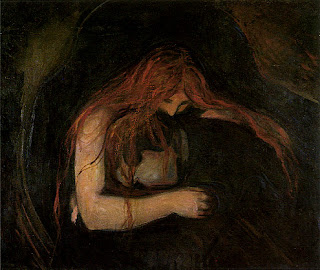 Ancient file on my hard drive, a 1500-word excerpt from Emily, an unpublished short story (c. 1993) about a somewhat sleazy and desperate commercial art dealer's attempt to hustle a young female painter into bed. Turns out she's One of Them. Predictable and tragic results. I'm currently reading Keith Maillard's novels Cutting Through (1982) and Running (2006) side-by-side, out of interest in the rewriting process that brought the new book and its sequels to life out of the old one. So, just for fun, I picked a random, long, and not too badly written paragraph from vampire.doc, and spent a half hour revising line-by-line:

"There's a funny break in my memory here. Here we are on the way home from North Vancouver. We're in a cab, both of us in the back seat as we cross the bridge in the rain. My car must be back at the restaurant; I don't know why this is, only that I haven't been this drunk in a long time. Instead of heading straight downtown the cabbie takes Park Drive, following a laborious counterclockwise path around the park. Emily talks quietly to him; I can't make out what she's saying. The radio is playing light hits -- Jennifer Warnes or Carly Simon -- and the cab's headlights make tunnels through the dark, wet night, the shadows of the overarching trees and the tangled growth at the side of the road. Underlying this is the smell of the tree-shaped deodorizer hanging from the cab's mirror. A heavy, cloying, smell, like fruit punch, and beneath that a bitterness, like car exhaust, or copper. Memory comes and goes, and I’m throwing up in a deserted parking lot in the rain, half-leaning out of the cab while Emily holds me by one arm. Another break, and I'm almost home, the West End's apartments rising reassuringly around us. My building's elevator. Emily somehow holding me up, even though I'm limp and heavy in her arms. Lying down on my living room couch. She covers me with my coat. It smells of the cab, that half-fruity, half-bitter scent. Her lips on my cheek. And then everything blurs and runs together, and the next thing I know it's morning. I'm lying on the couch in the cold apartment, and Emily is gone. My head aches and throbs. I half-stand, half-roll off the couch, and stumble past the stereo and coffee table to the bathroom, where I throw up in the sink, then stand there, gripping its sides, while I shake and shake and shake. In the mirror my eyes are dark and watery, my face pale, pocked with stubble and red inflammation. I throw up again and crawl back to bed, and the next thing I know the phone is ringing. I snatch it up. 'Hello?' The voice on the other end isn't Emily's, but Mike Connaught’s, the Vancouver Sun's arts critic. 'I hear I missed a party,' he says by way of greeting. He doesn't like the gallery, doesn't like the commercial concessions he claims I make routinely. 'I'll be reviewing the show,' he tells me with the faint undertone of condescension that I always detect in his voice, 'and I'd like to get in to see it. Today, in fact.'"

(E. Munch painting that got me thinking about all this ancient history above) 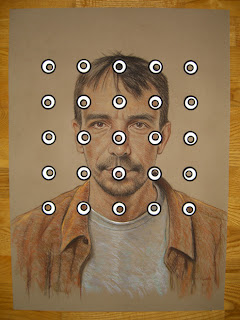 Pete Schuyff's new website. One of my favorite painters.
- posted by cjb @ 9:35 PM 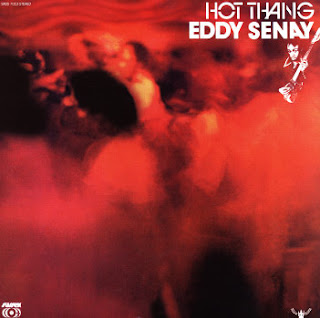 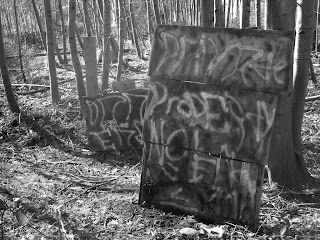 [BOOKSTORE NAME] in [LOCAL SUBURB] has been delegating internet sales to people working from home for the past eight years. I wish to expand the internet team by finding half a dozen people living near border crossings in southern BC outside the Lower Mainland. Suitable candidates should be looking for permanent flex-time work and have secure, dry space to store more than 5,000 books (a spare bedroom or garage will suffice). No capital is needed; you list and ship and we split the money. And, of course, you can read for free. If you are interested or know someone suitable, contact [OWNER'S NAME] at [EMAIL ADDRESS]."
- posted by cjb @ 12:25 PM 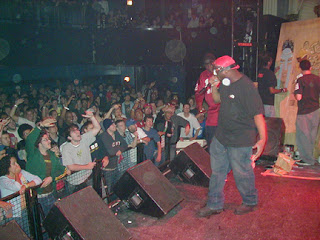 Yesterday I installed a new and vastly improved stats tracker. The result? MF DOOM's amazement at the size of his live audience pertains: "Ah, 's like, there's a hundred thousand motherfuckers up in here!"
- posted by cjb @ 11:26 AM 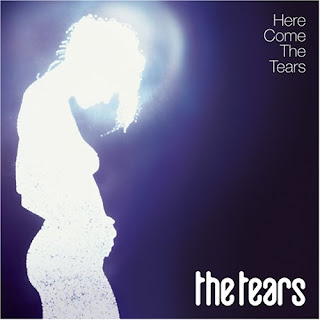 Up at eight with the dawn, grey West Coast light falling slantwise through the blinds. Gentle rain, which I mistook at first for fog. Out into Sunday. The green threads of crocus leaves screwed up through the soil. Pavement littered with every conceivable kind of debris: leaf-litter, newspaper mulch, dogshit, upchuck constellations like a trail of breadcrumbs home from the bar. A pair of feet, the soles caked black with dirt, protruding from a sleeping bag outside the big hotel. In an alley, burst black bags of trash, last night's curry takeout spilled out, yellow, as if the bags themselves are sick, trying to hurl up their insides. A meth head on a bicycle, shirtless, unshaven, clad only in sneakers and a flapping blue pair of track pants. Two huge bags of bottles precariously balanced front and rear. He wobbles past, conducting a high-volume disagreement with someone or something I can't see. "THEY'VE GOT TO TURN THAT FUCKING RADIO DOWN," & etc. Another half block of single-sided argument and one of the bags cuts loose. A Chuck Jones sound effect: breaking glass, amplified by the alley walls. Two dozen breaking bottles sounds exactly like someone's car window being smashed. Every car alarm in the vicinity chimes in in imaginative sympathy.
- posted by cjb @ 10:16 AM 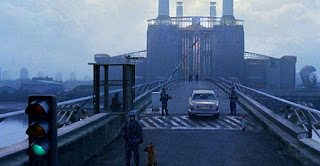 My Dark Star
Words and music by Anderson/Butler

And she will come from India with a love in her eyes
That say, Oh, how my dark star will rise

In rented gear 2000 years we waited for a man
But with a tattoed tit she'd die for us all tonight. 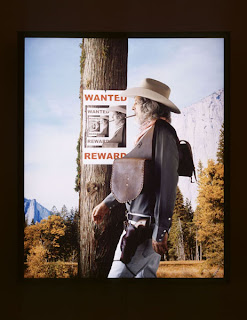