"This is still a pretty cool song for someone baffling his audience and record label."
- posted by cjb @ 9:57 PM 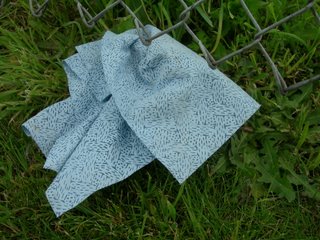 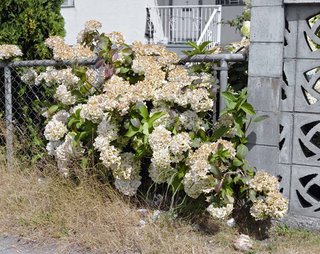 A photograph I don't think I would have paid much attention to a year or two ago. Lots of subtle things going on, though. The "emulation of a glance." First, and most successfully, the horizontals -- yard fence, patio railing, and cinderblock wall -- staggered through space, and the way in which the hydrangea blooms (fading, brown like the grass, obviously past their prime) disrupt this grid-like architecture. Second, the way that this compositional structure is imbedded in a style that emulates casualness, amatuerism (that little corner of window, half-visible behind the tree; the tiny piece of cinderblock at upper right that indicates that the patterned cinderblocks are further back in space than you might first believe). The whole picture is oddly cropped, as if by someone unfamiliar with art photography's codes. Yet it hangs together just fine.
- posted by cjb @ 9:29 PM

"By presenting his studio, work, and traces of his sources—pictorially and literally—Ruppersberg invites us to stand in his shoes, or at least sit at his desk. For an artist whose practice is centered around reading, to make available these texts is metaphorically equivalent to handing viewers the painter's brush and palette and letting them loose in his studio."
- posted by cjb @ 4:14 PM 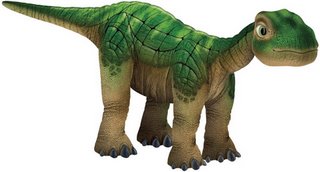 "UGOBE's designers and engineers recreated Pleo's physiology from the fossils of the original. His height and weight are consistent with that of a one-week old infant camarasuarus.

Pleo is a 'designer species'. He incorporates all the basic traits of autonomous life. He is specifically engineered and enhanced to mimic life and relate to his owner on a personal level.

Pleo is equipped with senses for sight, sound, and touch. He learns as he explores his environment. He will exhibit genuine reactions to sensory stimuli. Every Pleo begins life with certain tendencies but, interaction with his environment has subtle effects on his behavior. Every Pleo eventually exhibits a unique personality."
- posted by cjb @ 9:22 AM
Wednesday, June 07, 2006

In Seattle for a day or two.

The office ADSL line is up and down, taking Web/email with it when it goes; anyone needing to get in touch in a hurry should call the shop.
- posted by cjb @ 9:23 AM
Tuesday, June 06, 2006 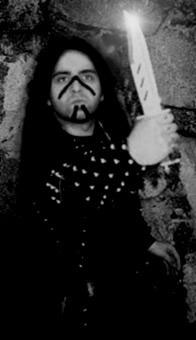 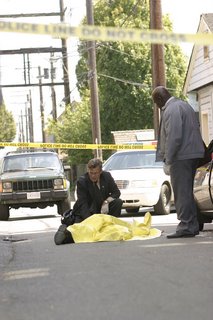 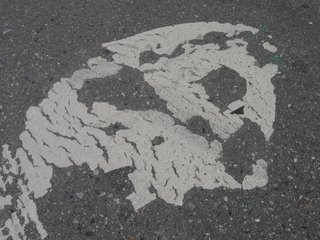 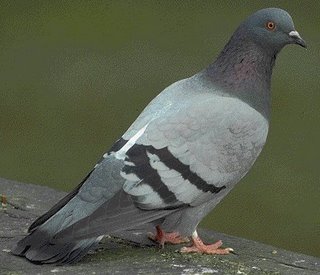 Woken at 6am by talking-cat noises. Which was a surprise, because the Incredible Talking Cats are stuffed and dependably quiet unless animated.

Q: What the hell? Tinnitus?

A: Pigeons out on the balcony, cuddled in a pink Tupperware bowl lined since yesterday with nesting materials.
- posted by cjb @ 10:30 AM