"The sign of the red 'sold' dot is a stamp of approval, a trace of a collector’s taste applied alongside an artwork. It is the intermediary mark of the dealer’s hand applying an aesthetic element to the display, marking the event of a legitimation of property authorized by a client. In this sense, the sold dot is a trace left in the passing through of propriety itself – a lacuna of property. The sold dot is a conspicuous display of an anonymous endorsement, which, these days, is a generic and familiar place-holder of relation. The sold dot is a sign of success: something worthy has been exchanged, acquired, understood; someone has been touched, moved, convinced, intrigued, flattered, cajoled, or pressured; someone else has been congratulated, encouraged, complimented, supported, annoyed, insulted. The sold dot marks a series of invisible transactions expressed in a number of languages (monetary, verbal, visual, ideological) set up by an economy of art. Neighbour to the artwork, the sold dot announces a constellation of subjects who are successfully enacting this economy."
- posted by cjb @ 12:07 PM
Thursday, October 20, 2005 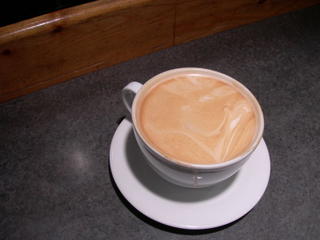 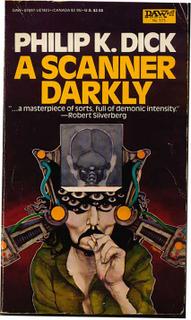 Philip K. Dick Cover Art Gallery -- thx Pete! Though most Daws are common as dirt, and through Scanner remains my all-time favorite novel, I have never actually seen a copy of this particular edition.
- posted by cjb @ 9:39 AM
Wednesday, October 19, 2005

Neil Stadt's tiny, perfect shop is -- since Hermit burned down this spring -- my favorite used book and record haunt anywhere in the Lower Mainland. Well worth the drive out from Vancouver, even if you're not going to the Rotary Club book sale at the Cottonwood Mall.
- posted by cjb @ 9:08 PM 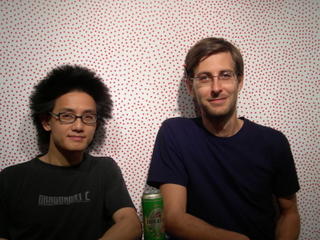 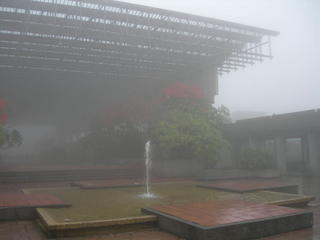 Simon Fraser University in blowing fog and rain. Bill Jefferies tipped me off to the United Way university book sale, and John Preston, the Subaru and I braved nonexistant visibility and the Arthur Erickson-designed warren of concrete hallways that passes for the building's Student Union wing to find it. A kind of spooky feeling crossing the open quadrangle, as if at any moment some huge scaly half-bird, half-lizard might materialize, shrieking, from the sky.
- posted by cjb @ 8:59 PM 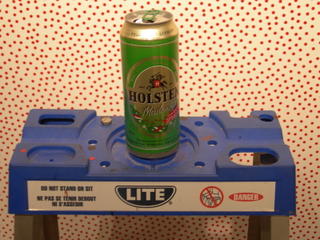 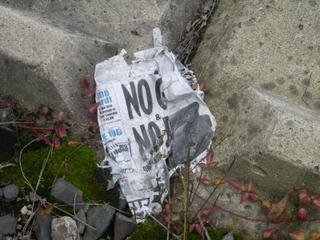 What's up with all the photographs?

I've been trying to make pictures since university, mainly as a way of studying the work of photographers I admire (Stephen Shore; Walker Evans; Jeff Wall; Hill & Adamson). Pre-digital technology and I never got along, owing to the expense involved in shooting and printing 200+ mediocre pictures just to claim one good one. Digital photography has rendered most of these economic issues irrelevent; with the advent of lithium batteries and 1G cards, pictures just became, for all intents and purposes, free.

So are you an "artist" now?

No. I still see myself as a critic and curator who makes pictures as part of that practice, much like Michael Fried or Peter Schjeldahl, who primarily work as critics, but also write and publish poetry from time to time. One thing inflects the other. And I have always admired people like Donald Judd, Dan Graham, Robert Smithson, and Ian Wallace, whose art really can't be seperated from their writing, curating, gallery managing, polemicizing & etc.

What format are these works?

Editions of 2? Isn't that just another name for an unique luxury object?

No, it's a way of short-circuiting the art market all together, of seeing whether or not images proposed as "art objects" can circulate outside of the established "artist-run center" / commerical gallery schism that dominates Canadian art production and dissemination. This way, I retain a copy, and anyone who really wants one gets one, but no easily reproducible "product" exists, complicating the work's entry into your typical market economy.

Any picture on the blog that isn't titled and dated is just a snapshot, sketch, or footnote, and is not neccessarily claimed by me as art. 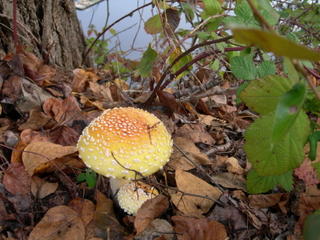 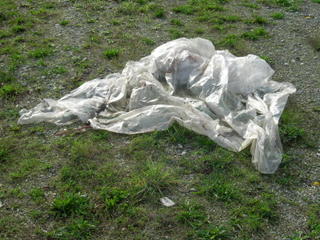 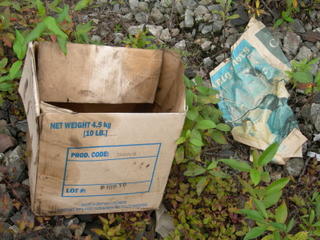 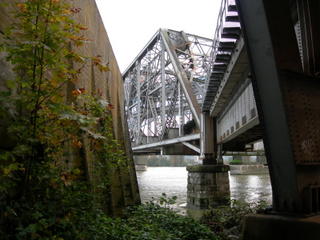 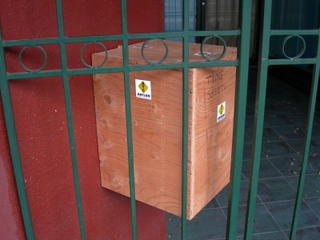 A few people have asked after one, as the link at the bottom of the page is still apparently hooked up to "PulpBook," my first hesitant step into the blogosphere, and I can't seem to alter it.

Try http://vananodyne.blogspot.com/atom.xml in the reader of your choice, and let me know of any problems.
- posted by cjb @ 11:32 AM

Slant fall light, rain diminished overnight and gone, only intermittent damp patches remain now on the pavement, leaves plastered in fast-evaporating puddles like the construction-paper silhouettes in the windows of the Arbutus Street school.
- posted by cjb @ 11:19 AM
Monday, October 17, 2005 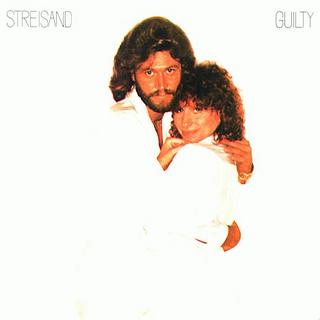 Burning my indie hipster credibility at the speed of light: Barry and Barb's Guilty, pulled out of a stack of tapes dropped off this afternoon and popped on the deck as soon as the last paying customer departed. Buy me drinks and take me out to karaoke and I may surprise you by singing Guilty's dual leads, or What Kind of Fool.
- posted by cjb @ 8:21 PM
Sunday, October 16, 2005 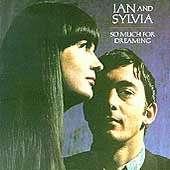 Never hit 17 when you play against the dealer
For you know that the odds won't ride with you
And never leave your woman alone when your friends are out to steal her
Years are gambled and lost like summer wages.

And we'll keep rollin on 'til we get to Vancouver
And the woman that I love who's living there
It's been 6 long months and more since I've seen her
She may be gambled and gone like summer wages.

In all the beer parlors all down along Main Street
The dreams of the seasons are all spilled down on the floor
All the big stands of timber just waiting for falling
And the hustlers sitting watchfully as they wait there by the door.

So I'll work on the towboats in my slippery city shoes
Which I swore I would never do again
Through the worst fogbound straits where the cedars stand watching
I'll be far off and gone like summer wages.

Ah, she's a woman so fine I may never try to find her
For good memories of what we had before
They should never be changed for they're all that I'll take with me
Now I've gambled and lost my summer wages.

Years are gambled and lost like summer wages.
- posted by cjb @ 1:10 AM 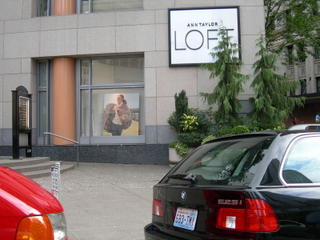 (Andy Gibb's (Love Is) Thicker Than Water, 2:29 - 4:15, fizzing and crackling through the Subaru's ancient speakers. Mist on the windshield north of Mount Vernon, cardboard bins of pocket books creaking comfortably on the back seat, black coffee in the driver's coffeeholder, Rose T. Cat riding alongside)