Day Off (actually Thursday, but not written up till now)

Several weeks ago (see 2/8/5's entry) we went on an estate call to Zero Avenue, right across from the US border in Aldergrove. Approximately 5000 mystery paperbacks, which we purchased, and about a thousand other titles -- cookbooks, bird identification guides, shortwave radio manuals, & etc. -- that we didn't.

On Thursday, Skytrain to New Westminster at the crack of dawn to meet him.

As we were merging into the HOV lane on the approach to the Port Mann Bridge, it occured to me to ask John just where exactly in Langley the estate collection was located.

"Actually it's more Aldergrove than Langley," he said. "Zero Avenue."

To cut a long story short, John went on the estate call by himself, dropping me in downtown Langley to look for books, read the new issue of October magazine, and go shirt-shopping at Corporate Thrift Store.

A beautiful bright day, Mount Robie Reid and Golden Ears tall to the north with fresh coats of snow.

A little warmth in the spring sun.

Tree-blossom. Lots of clanking and banging from the skeleton of the new casino and convention center under construction just west of the downtown core.
- posted by cjb @ 9:20 PM
Friday, March 04, 2005 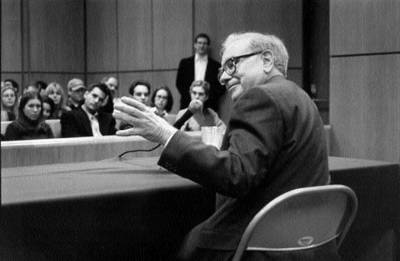 Warren Buffett's much-anticipated annual Chairman's Letter to Berkshire Hathaway's shareholders should be available here tomorrow morning at around 9am.
- posted by cjb @ 10:45 PM 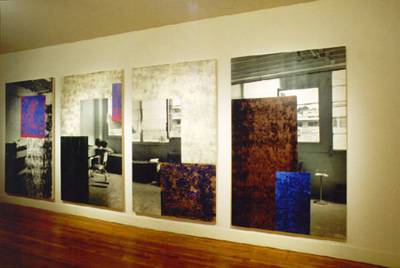 Ian Wallace's In The Studio, a mixed media exhibition of studio-themed works from the 70s, 80s, and 90s, up right now at Emily Carr's Charles H. Scott gallery. A terrific exhibition, and one I've already been back to see several times. Highlights: a blurry black and white photograph of a rickety chair with the artist's briefcase plunked down on it, a mock-up? recreation? of the artist's seminal Magazine Piece visible behind it; the limited edition print of the artist's desk, a Mallarme poem open upon it (purchased!); and the tiny backlit color transparency of a much younger Wallace at work, a work forever ruined for me by Tim Lee and Clint Burnham's cheeky, knowing recreation of the same shot for a Western Front poster project a year or two ago.

No review of the Wallace show at Terminal City yet, but that might be fixed by next week. 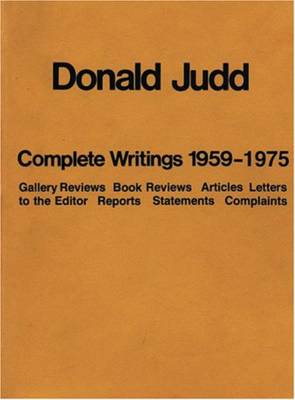 Christmas in March: old Squarehead's collected writings, back in print for the first time in decades. 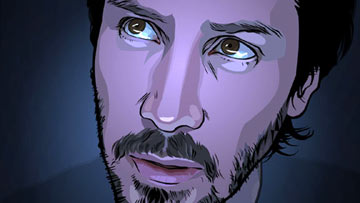 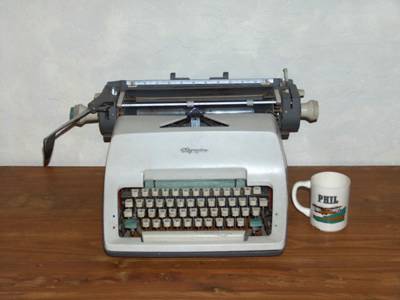 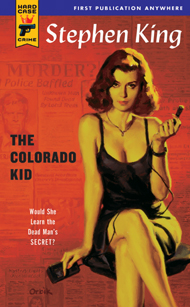 A new takeout joint on the opposite side of the building, the traditionally dead 0 block of Kingsway. Hung with velvet paintings and assorted thrift store scores, D.C. punk blaring on the speakers. Tofuturkey sausage, black beans, guacamole, fresh salsa, rice -- yum!
- posted by cjb @ 10:09 PM 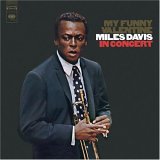 An early live outing for the second great quartet, with Wayne Shorter's seat occupied by George Coleman. The Plugged Nickel box set's ferocious deconstruction and reworking of the standards provides far more to think about, but this is an album I reach for again and again in the evening, a richness and roundness of sound that has a lot to do with Coleman's presence, and with the little keyboard flurries that Herbie Hancock keeps laying down in the background.

An installation in the front window of the skate shop across the street, big cardboard towers, like a midwestern farm cartoonist's take on the Omaha city skyline, circa 1930. All lit up from within, warm yellow windows in the spring night.

The local unmedicated borderline schizophrenic who spends his days in front of the coffee bar sits on the sidewalk facing the Province box on the corner, twiddling its coin return lever and frowning. "It's broken," he says with a shy smile. "Ain't nothin' on."
- posted by cjb @ 9:01 PM

Shudder to Think's Hot One, Ms. Jacques' Velvet Goldmine soundtrack on the deck:

Well, you're the grand one
Have you noticed?
When you walk in all the fairy boys are very nervous
Well, my starship doesn't want me
And neither does his wife
I'm glad I caught you on my view screen, sailor

You're the grand one
Come and court me
'cause this booing is one of mourning
When my spacesuit comes to warm me
And hold me like a girl
I am the captain of your gravity, Maxwell
Everywhere I see your face

Hot one
From a starship over Venus to the Sun
But it's a crime!
You're mistaken!
Momentary seizure of love - oh love

Well, you're the grand one
But darling, I'm a mess
I've got human minds that we can form
But the boys are not impressed
When my spacesuit comes to warm me
Just hold me like a girl,
I'll be the captain of your gravity, Maxwell
I see your faces in the strangest places

Hot one
From a starship over Venus to the Sun
But it's a crime!
You're mistaken!
Momentary seizure of love - oh love

Hot one
From a starship over Venus to the Sun
But it's a drag!
You're so mean!
Destroying my belief in, in love - oh love
- posted by cjb @ 5:23 PM