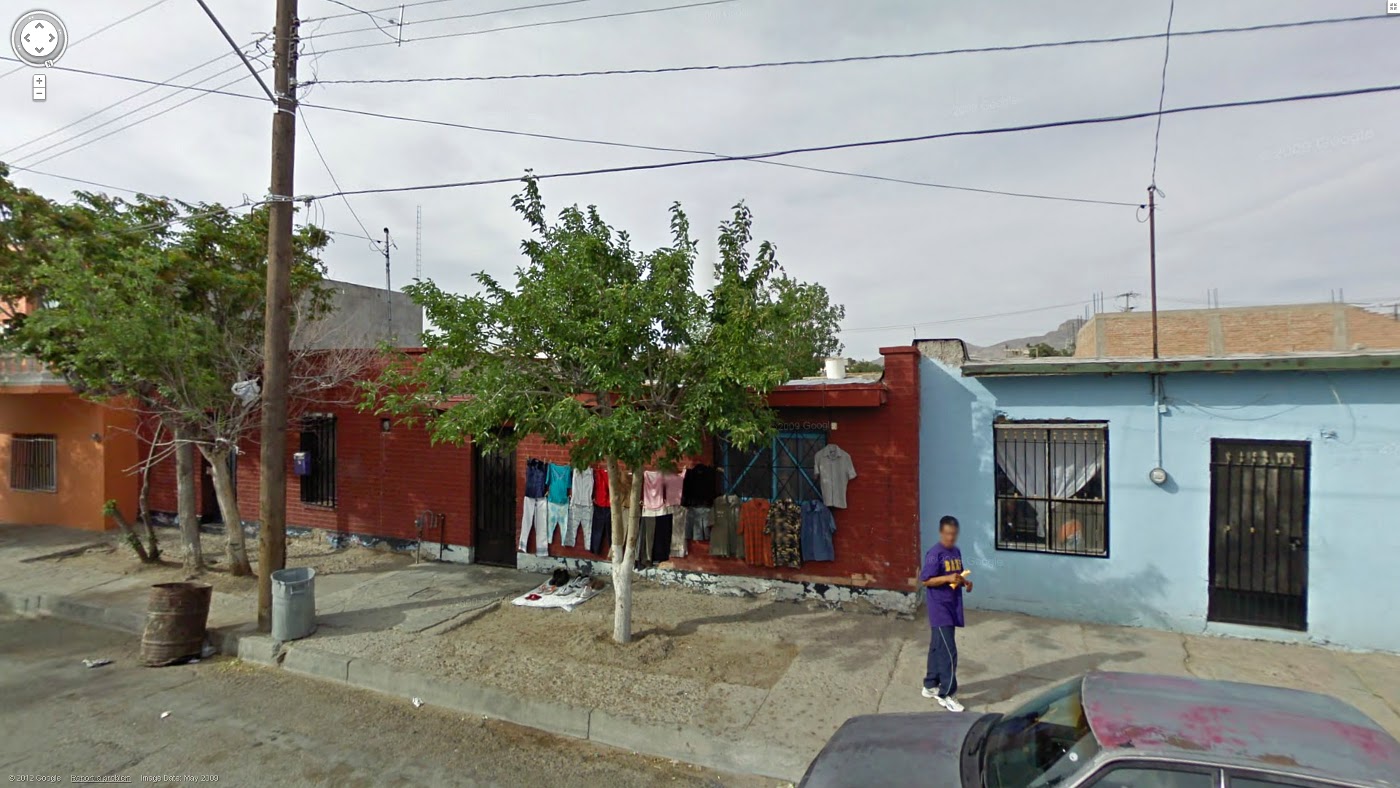 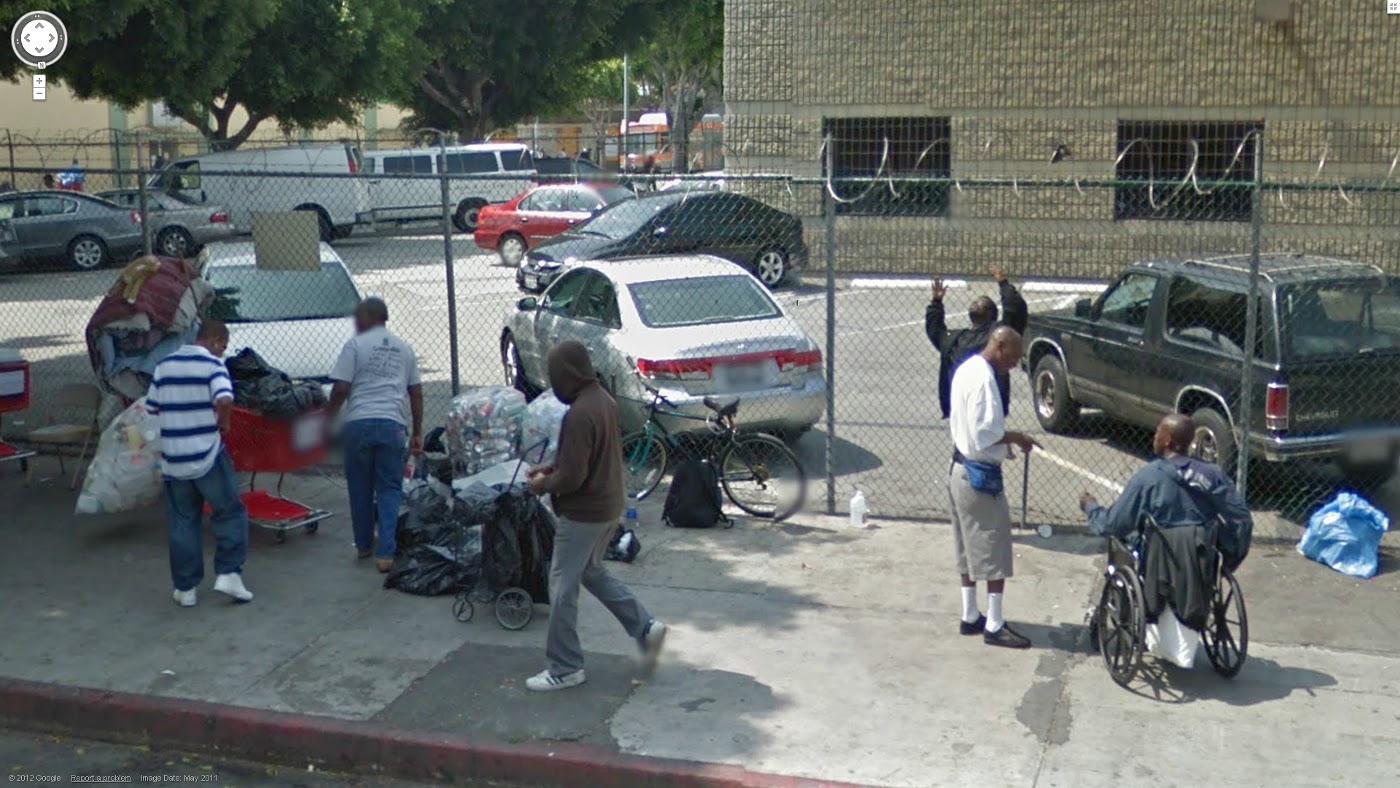 "'We have hate abroad in the world, hate internationally, hate domestically where a President was assassinated and then they take the law into their own hands and kill the assassin,' he said.  'That is not our system.  We have to do something about that.  We have to do something about this hate, and you have to get to the root of hate.  The roots are poverty and disease and illiteracy.'

He had been sitting erect behind his desk, smiling, friendly, dignified at the beginning of his talk; he wasn't erect now but hunched forward over his desk, arms leaning on the pages that he had long since stopped reading from, and as he talked he leaned further and further toward the men sitting in front of him, his hands sometimes open in entreaty and sometimes clenched into fists. 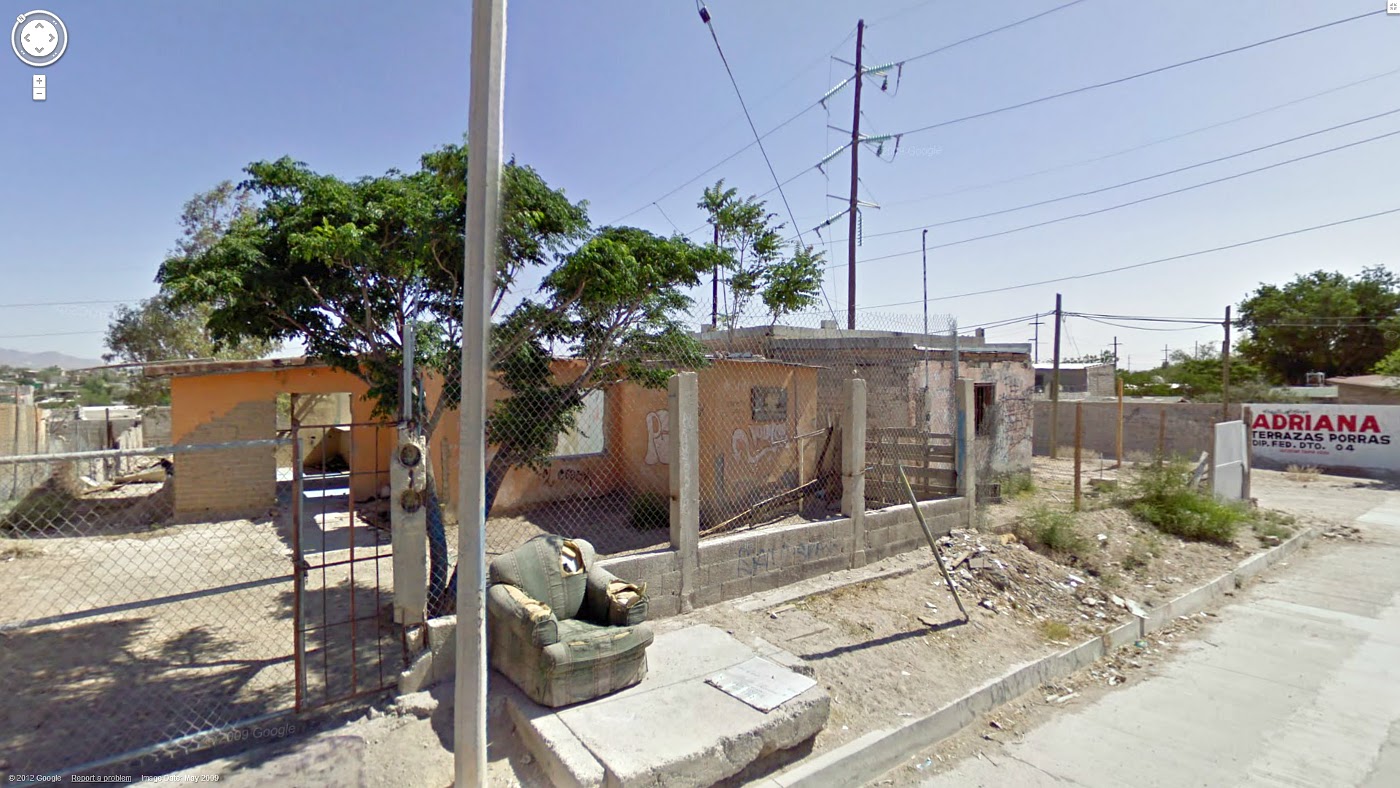 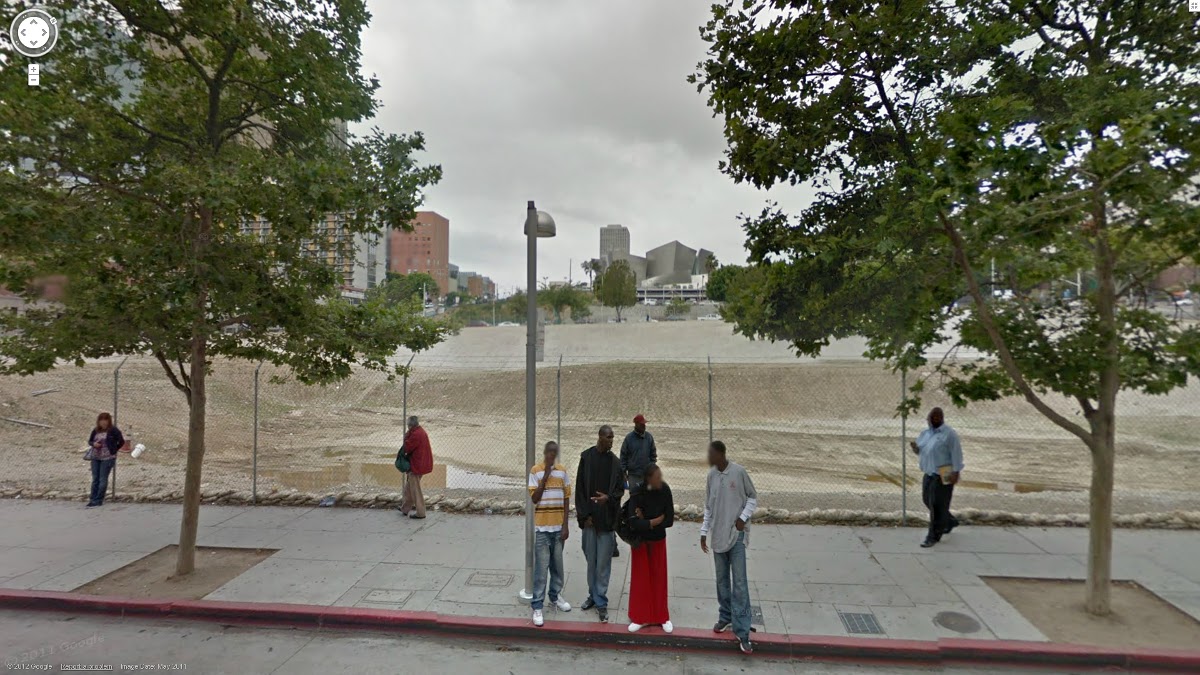 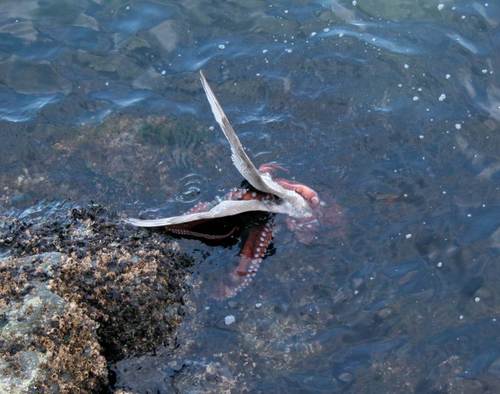 What's Up for Lunch?  A Gull-Eating Octopus in Victoria, BC

"The Giant Pacific Octopus can be seen regularly patrolling the shallows of the shorelines around Victoria. They primarily feed on crustaceans, but are known to occasionally take fish and even birds. Octopi are extremely intelligent animals, and great problem solvers. Although they live only about four years, they can grow to have a span of more than 20 feet and to weigh more than 100 pounds. This one wasn’t that large, but it was still an impressive individual. What was even more impressive, though, was that it had one of its tentacles wrapped around the head of the gull, holding it under water."
- posted by cjb @ 8:40 AM
Tuesday, May 01, 2012 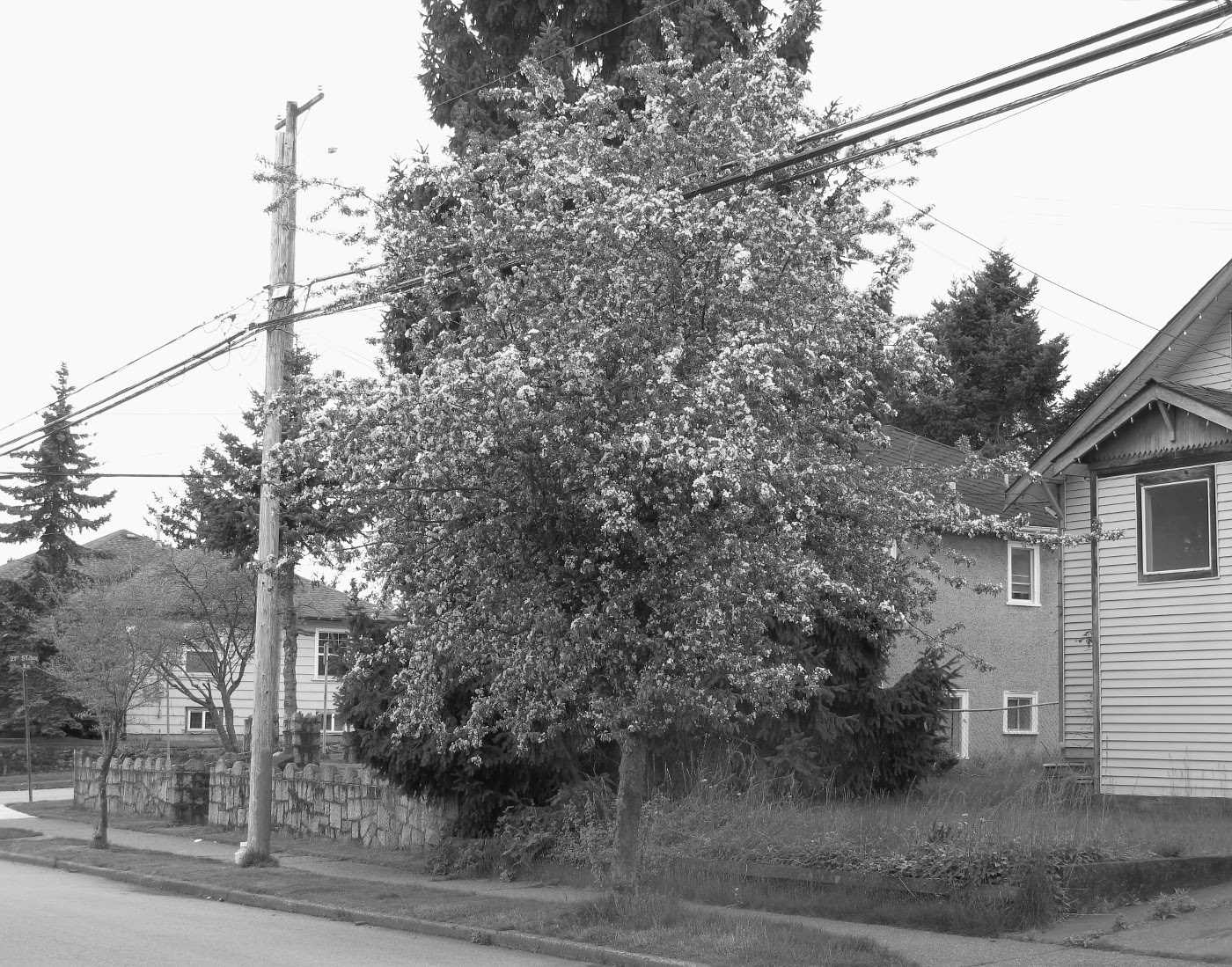 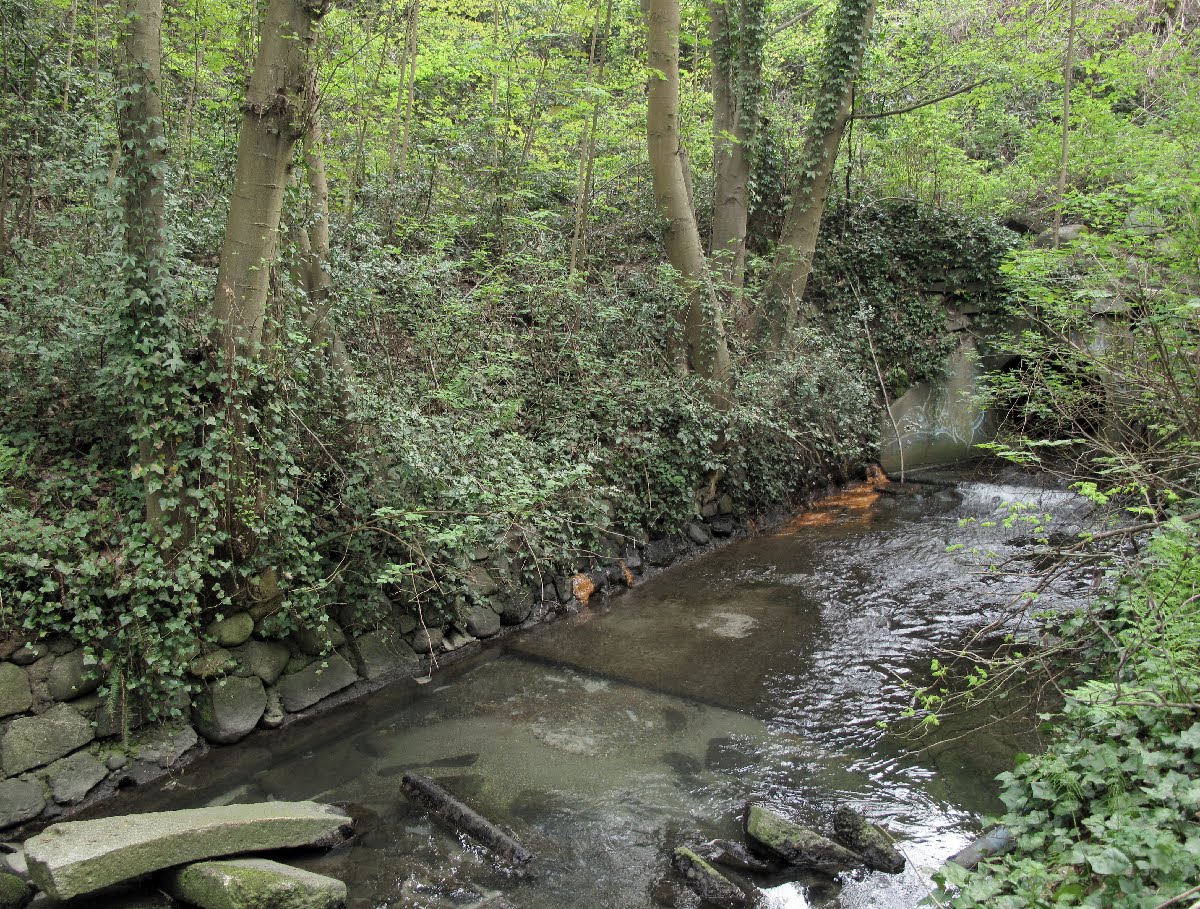