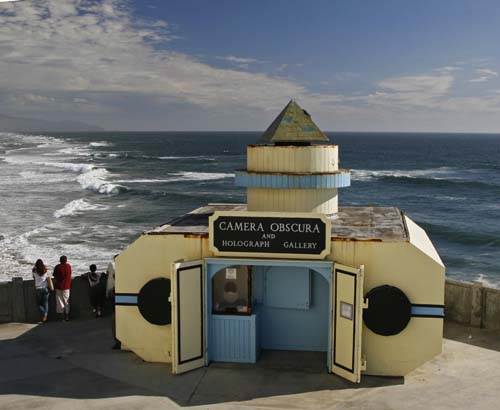 Via the Georgia Straight: Christopher Brayshaw's Into Thin Air is a Quiet Revelation

"As a bookseller, rock climber, and inveterate art viewer, Brayshaw has taken a number of road trips to and through the United States, and his photographs reflect his travels. Or perhaps, more precisely, they reveal the way he pokes around the un-picturesque margins of wherever he happens to be, whether it’s Los Angeles, Las Vegas, or Brooklyn. He brings the same sense of dislocation to his hometown Vancouver, focusing on what he described in a recent interview with the Straight as “the overlooked, the broken—the blind spots in late industrial capitalism."

"Brayshaw is fascinated, he said, with 'photographic seeing and the abstract configuration of space.' He revels in the small details and optical effects his camera captures: a huddle of dried leaves, crumpled paper, and cigarette butts on a sidewalk in La Cienega; the glittery haze created by deteriorating UV film on glass in Antique Dealer’s Window; the swirling play of colour and line on a desert stream viewed through a tangle of thin, bare branches in Arroyo.

From Jeff Wall to Stephen Waddell, a number of Vancouver photographers have influenced Brayshaw’s work. His shot of the Huntington Botanical Gardens in San Marino, California, for example, obviously and concertedly refers to a series of digitally montaged photos of the same subject by Scott McFarland. 'You test yourself against people you admire,' Brayshaw explained. Another print, Blind, recognizes the enormous impact Wall’s photography and writing have had on his understanding of the medium.

At the same time that his art quotes many of his contemporaries, Brayshaw resists terms like homage, satire, and even commentary. He does, however, reveal a great interest in the creative possibilities of appropriation. Brayshaw’s photos, it seems, function not as mimicry of those he admires but as an investigation of what it is they do: he immerses himself in certain subjects, locations, and framing devices. It’s a fascinating and heartfelt project."
- posted by cjb @ 7:00 PM