"Book Description: published by the Fine Arts Gallery, The University of British Columbia, [Vancouver], 1970. Stapled Wraps. Book Condition: Very Good. First Edition. 4to - over 9¾" - 12" tall. 56 p. 125 ill. from photographs by the author. Text printed from typescript with marking pen cross-outs and ink annotations reproduced in facsimile. Ostensibly a manual on making landscape photographs, but actually a conceptual art piece and a parody of documentary photography, featuring banal roadscapes and views seen from the car window. Fragile, elusive publication, printed on highly acidic newsprint, with the original price, 25¢, printed in the lower right corner of the cover. Despite the poor quality of the paper, the contents are very good to fine. The booklet consists of 56 p., and includes text printed from [author's] typescript with his handwritten emendations in facsimile, numerous photographs from the car window distributed throughout, and a final 8 pages containing a reproduction of a contact sheet followed by a sequence of 38 photos of city streets and suburban landscapes. The lower outer corner of the cover (near the 25¢) is chipped; the same corner of the initial pages are also chipped, to a lesser extent, but with no loss of content."
- posted by cjb @ 2:48 PM

"Later, when Ged thought back upon that night, he knew that had none touched him when he lay thus spirit-lost, had none called him back in some way, he might have been lost for good. It was only the dumb instinctive wisdom of the beast who licks his hurt companion to comfort him, and yet in that wisdom Ged saw something akin to his own power, something that went as deep as wizardry. From that time forth he believed that the wise man is one who never sets himself apart from other living things, whether they have speech or not, and in later years he strove long to learn what can be learned, in silence, from the eyes of animals, the flight of birds, the great slow gestures of trees."
- posted by cjb @ 9:32 AM
Friday, December 09, 2011

The Laziest River - Behavior-era Tennant/Lowe smiling somewhere across the water.  Those tiny keyboard flourishes, the vibes at 2:55.  A sound like the thoughts in my head in the LA County Arboretum, stalking cactus.  For the longest time I thought (pace Tower of Sleep's recent poll) that Suicide Demo for Kara Walker was my favorite Kaputt track, but I might have been wrong.

Edit: the above is only 6 minutes of a 20 minute multi-part suite.  I might be the last person on earth to know about this vinyl-only sequence, but it's Xmas and we're opening a third store and I'm not sleeping much between the 18-20 hour retail days. My head feels like it's full of Pop Rocks. But my new night photograph keeps coming along, and this totally unafraid music really does sound like thinking.
- posted by cjb @ 10:59 PM

"Am I [a] sensitive person? Sure, I am. I think it's better to be sensitive than to be insensitive. There are too many impolite, insensitive people in the world."
- posted by cjb @ 8:04 PM
Sunday, December 04, 2011 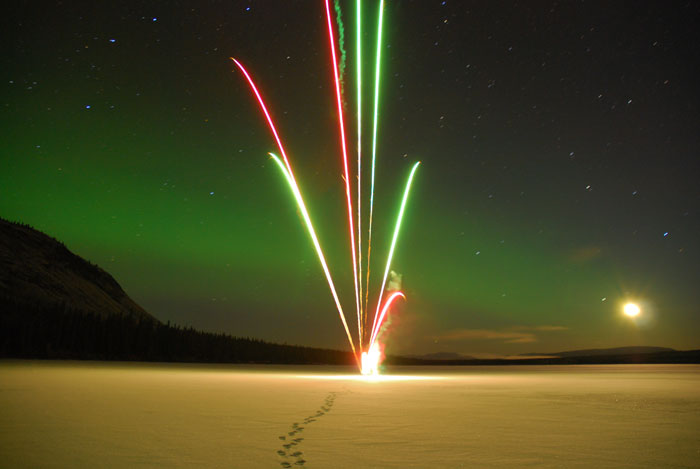 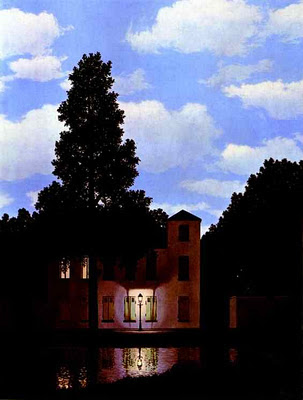 Off tonight to make (or more likely begin to make) a black and white night photograph, my first in a few years.
- posted by cjb @ 1:30 PM 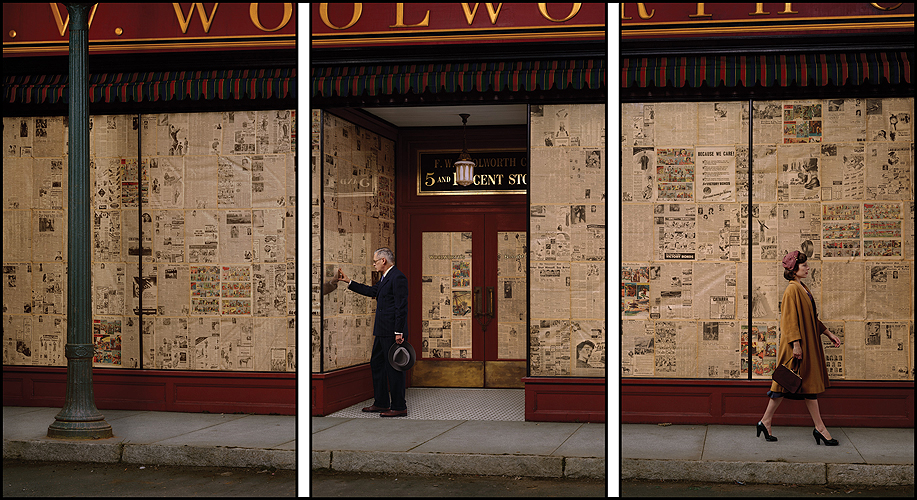 This review is poorly written Academese ("That said, Graham’s work is located, nonetheless, in a modern paradigm as an exercise in understanding representation within historical trajectories.") and some of the lightboxes look pretty thin compared to Aberdeen or the Freud/Judd sculptures.  Still: Smoke Break!  The Constant Reader!

(Image: Rodney Graham, The Constant Reader, 1949, 2011.  In 2011, a chichi antiques store occupies the premises, though there is a pretty good independent bookstore directly across the street)
- posted by cjb @ 10:30 AM

"Drew's Thesis, by Eryne. Once upon a time, there was this water and it was in a stream. Scientists looked at the water and wondered, 'How much sediment can this water move, if this water can move sediment?' Then Drew spent years and years of time, and looked at every cat picture on the internet to learn the answer. The answer is, 'It depends.'"
- posted by cjb @ 10:13 AM 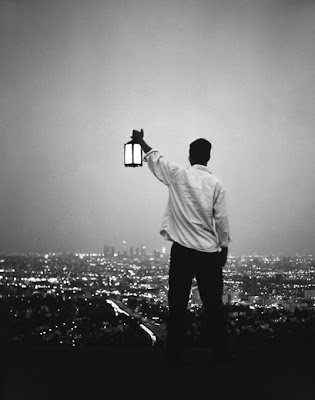 "I’d advise artists to always consider their models of authenticity as both a realization of a point in social time and a constituent element of their construction of themselves as artists. Also, find something that you can make everyday, cheaply. I always shot a roll of pictures a day, processing them at Kmart, Bradlees, CVS, PhotoHut, Walmart, etc. From this, I got 10 years of images of the world for less than $5 a day from a period I couldn’t afford to produce much else. David Hammons made snowballs."

(Image: Brandon Lattu, Beacon, 1996, a photograph which made a deep impression on me when I first saw it at Margo Leavin in 1998.  The simultaneous beauty and futility of that gesture)
- posted by cjb @ 10:03 AM 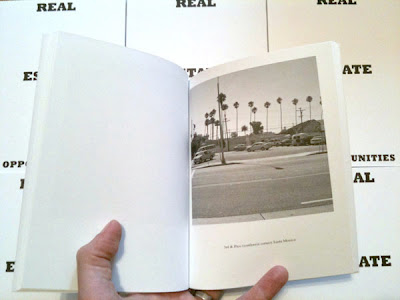 Ed Ruscha Recreations, by Eric Doeringer, whose recent Richard Prince photographs are also worth a look.  Doeringer's practice is firmly situated on the Sturtevant-Pettibone-Levine axis close to my heart, though the more familiar I become with his recreations of seminal works of Conceptual and photoconceptual art, the more it seems to me that his work is closer in spirit to Rauschenberg's "Erased De Kooning," that is to say, serious, un-ironic, and not strictly "appropriative" or concerned with the elimination/destruction of "aura."

The remade Ruschas are really good because of the tensions they elaborate between the Ruscha "originals" and Doeringer's recreations. Material differences: qualities of light; patterns of wear.  They must have been exhausting to make.
- posted by cjb @ 9:38 AM