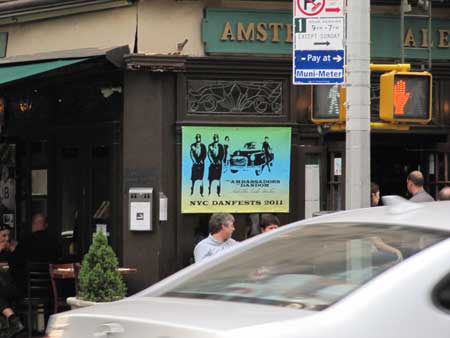 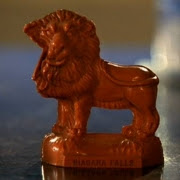 ELWOOD: Oh, Harvey and I sit in the bars and - have a drink or two - play the juke box. And soon the faces of a-all the other people - they turn toward mine - and they smile. And they're saying, 'We don't know your name, mister, but you're a very nice fellow.' Harvey and I --

ELWOOD O.S.: -- and the big wonderful things they'll do.

ELWOOD: - Their hopes and their regrets, their loves and their hates. All very large, because nobody ever brings anything small into a bar. And then - I introduce them to Harvey. And he's bigger and grander than anything they offer me. And - and when they leave, they leave impressed. The same people seldom come back, but - that's - that's envy, my dear. There's a little bit of envy in the best of us. That's too bad. Isn't it?
- posted by cjb @ 9:35 AM

Firemen lined up at attention in front of the half-mast flag at the firehall. Soft blue sky.
- posted by cjb @ 9:27 AM