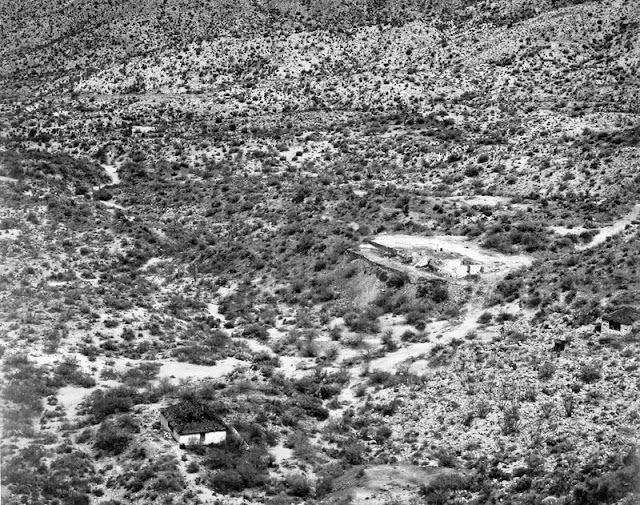 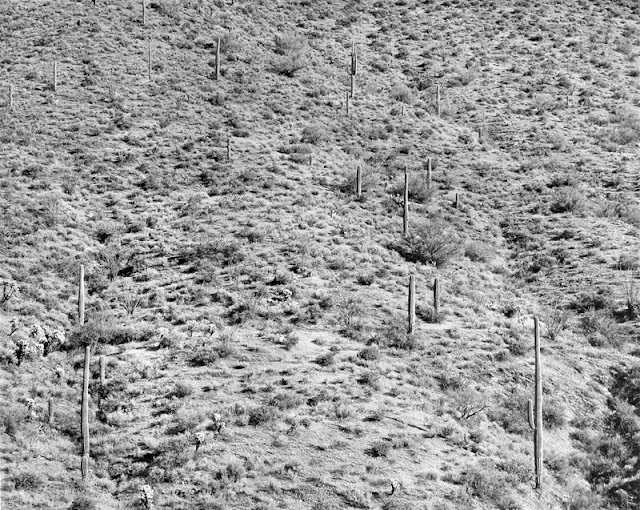 Two alternative solutions to the problem of representing a big space photographically.  Hockney's solution (Pearblossom Highway, below) comes from Picasso and Braque; he fractures the image plane into multiple, discontinuous planes that alternately expand and contract the space that is the real subject of his picture (as opposed to the signposts; the Joshua trees; the Castrol bottle; the box of beer cans and assorted roadside detritus).  Sommer's pictures nod at Cezanne; their irregular bubbles and pockets of space warp, but don't totally deform, the picture plane. 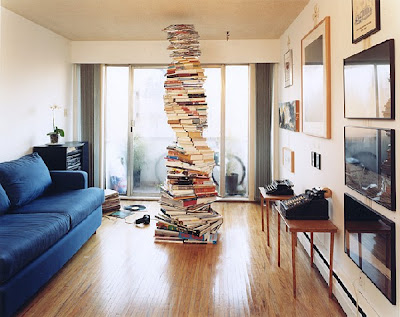 "After minimalism, conceptual and performance art, the idea of the artist as someone in a skilled and thinking occupation, engaged with a particular set of materials and visual ideas, has been thoroughly suppressed in favour of the idea of art as mainly an intellectual activity. The artist as thinker, manager, intellectual rather than maker, worker, craftsperson. In other words, the artist as bourgeois – but apparently a radical, critical bourgeois. At the same time, there are other contradictory trends that move partly in a different direction, but are partly complementary in a way seldom acknowledged. For example, young artists are also aware of a legacy of political art, art emerging from 'identity politics,' from feminism, queer liberation and the utopian aspirations of postwar avant-garde movements like Fluxus and the Situationists. What the post-conceptual, post-minimalist high art strain and the politically engaged strain share is an emphasis on context, concepts and language. Minimalism and conceptualism established their importance by invoking ideas and philosophical questions in a condensed visual form, leaving art writers with plenty to say. The artist was allowed to provide less and less, while the significance of the gesture appeared to grow and grow under the lens of critical discourse. Politically engaged art, on the other hand, emphasized its connections to power struggles taking place in the larger social context, and intended to support progressive social change. But this kind of art tends to date quickly — it loses its currency as society changes, even when those changes are exactly the ones sought by the political artist. What is left of this today is an art that is seldom politically engaged, but carries a residue of expectation: the expectation that the artist is motivated by a critical politics, however removed artist and work may be from concrete political struggles."
- posted by cjb @ 9:49 AM
Tuesday, January 11, 2011

Snow, now, orange in the lamplight and white on the sidewalks and cars. 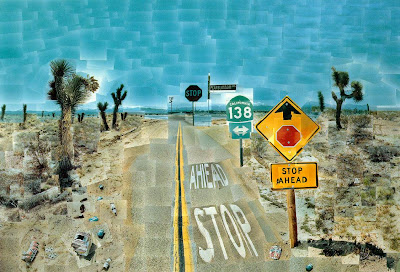 "Pearblossom Highway shows a crossroads in a very wide open space, which you only get a sense of in the western United States.  Obviously a large, wide open space is more difficult to photograph, and get a feeling of, than a small space.  Slowly I realized what I was doing.  Although the picture first seems to have ordinary perspective (in the sense that the space the picture describes seems totally believable), it becomes a little strange only when you start thinking about it and really looking at the image.  Here is a picture of a wide open space that you can really experience, but at the same time you also feel close to everything, don't you?  Close to the signs, close to the road, close to the shrubbery, close to everything -- you can see the textures of things.  You actually move to look at things.  So the picture is dealing with memory in a different way from the previous pictures."
- posted by cjb @ 6:47 PM

YOUNG GUY WITH MIRRORED WRAPAROUND SHADES:  Do you have a copy of the Anarchist's Cookbook?  I'm stuck here in town and I really need one before I get on my flight!
- posted by cjb @ 3:57 PM 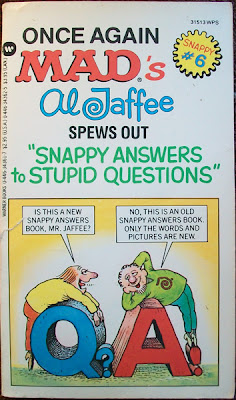 "Mr. Loughner said he asked the lawmaker, 'How do you know words mean anything?' recalled Mr. Montanaro. He said Mr. Loughner was 'aggravated' when Ms. Giffords, after pausing for a couple of... seconds, 'responded to him in Spanish and moved on with the meeting.'"

(via Tom Spurgeon, w/ thanks) 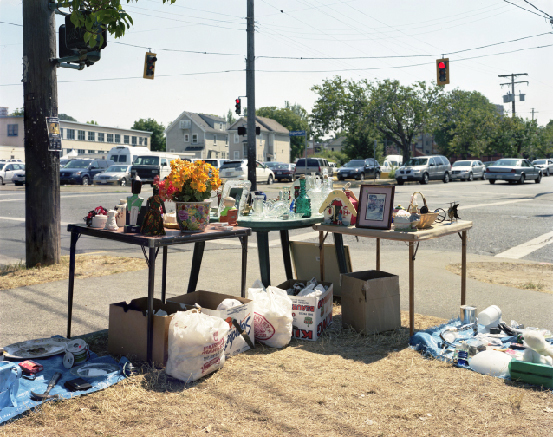