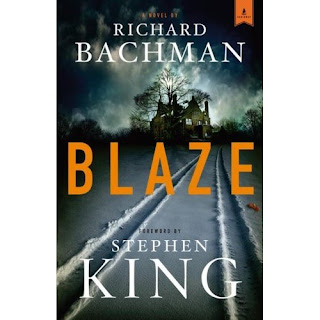 Summer reading. Full of the narative pull and finely planed sentences characterizing King's more realistic work. A book I've been waiting to read; a clear, lucid voice remembered from a long time ago that only emerges intermittently now: in the excellent autobiographical On Writing; in some of the short stories collected in Everything's Eventual; in Four Past Midnight's "The Sun Dog," and a few other places.

"The Bowies watched him go over to the chopping block and free the ax. He looked at it, then stood in the dust beside the block. Dogs ran and yapped ceaselessly. The smallest Collies were the shrillest.

Bowie dropped the zipper bag in the dust. He walked over and set a maple chunk on the chopping block. He spat in one palm, clapped his hands together and picked up the ax. Blaze watched closely. Bowie brought the blade down. The chunk fell in two pieces. 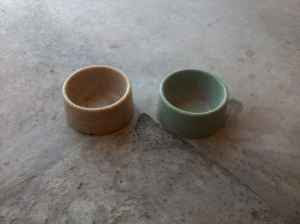 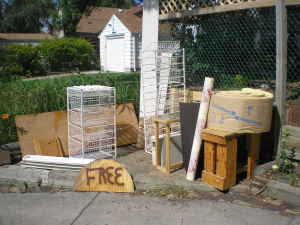 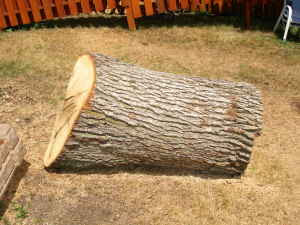 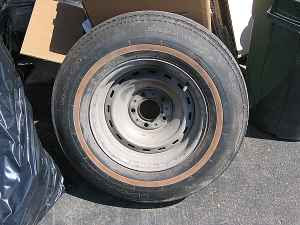 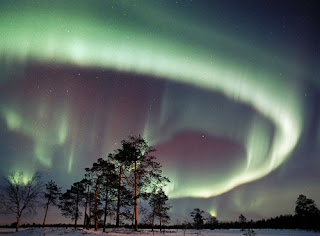 Winterwerk's Monstrance, all northern lights and glacial groanings, Mr. Andy Partridge visible behind those round smoked shades....
- posted by cjb @ 8:52 AM
Wednesday, July 04, 2007 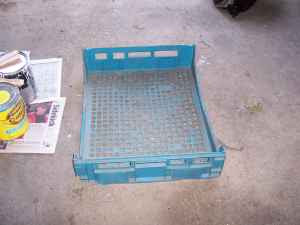 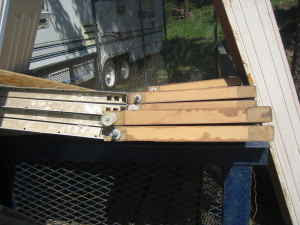 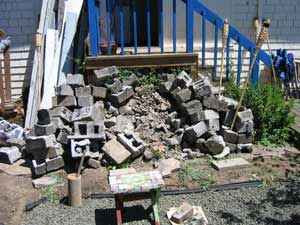 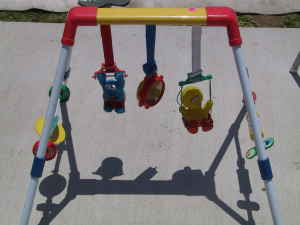 Five hundred degrees in the inferno of the sunbaked front room. Fortunately I have a Nalgene full of delicious free Vancouver tapwater. Tom Waits on the deck. And cold pears in the fridge.
- posted by cjb @ 7:13 PM 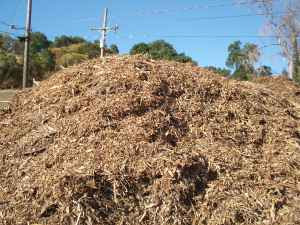 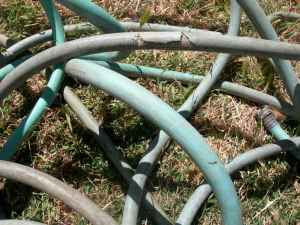 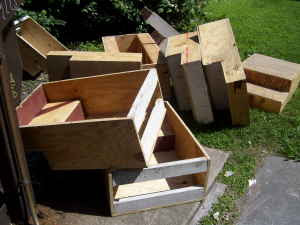 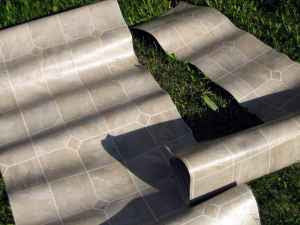 The NYT's Frugal Traveler checks in weekly from the road; a journey I'd very much like to take with the cats riding shotgun.
- posted by cjb @ 9:33 PM 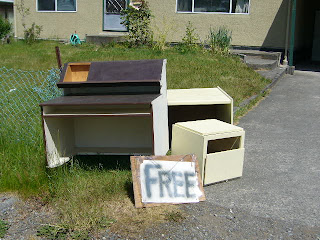 A Letter From East Vancouver to Hammertown

Thanks for that; I put it up on the site with full attribution. In an ideal world I would have resized it, slightly degraded the image, and seamlessly inserted it alongside its brothers and sisters in the sequence, unattributed, as a kind of silent homage. Early on I entertained ideas of making one of my own to go incognito among the others, but all my attempts ended up looking either bad or wrong, or too glaringly like "art photography." I think your piece is an art photograph that reads the good stuff in the sequence back out of "amateurism" into art photography, if that distinction makes any sense; to me, your picture is a good art photograph whose artistry consists of successfully adopting the look of the "amateur"; it performs it, or puts it on like a comfortable set of clothes.

I hope it's clear from the sequence that Free is meant for you, as a kind of long poem, or a response to your poems and photographs. I thought very hard about the distinction you drew between "art photographs" in frames and galleries, and "photography" circulating in the world. In the end, I think I come down closer to the "art" end than the "circulating in the world" end, but that is neccessarily personal, subjective, and hard to explain. Maybe it has to do with context. I wanted to make a work that was right up against that art/world margin, right on the border. What I like most about your in-the-world photographs are the little bits of context that sneak in at the edges, the sort of things that are not neccessarily part of the subject, but which somehow inform your impressions of them. The stray leaks of light, fences, surprised animals, concrete barriers, etc. You see this quality sometimes in Evan Lee's work, in E.J. Hughes' work, and quite often in Brueghel: an acceptance of the world's plenitude, of its endless proffering of subjects. How'd you put it in The Provisions? "A scattering / of minor trash / loaded and sodden..." Nothing boring, or "beneath representation." This is a truly democratic idea, maybe even a revolutionary one. No hierarchy, only successive lateral displacement, endless proliferation of Gustonesque stuff....& of course, too, the notion that some of this stuff benefits from looking with eyes that have looked at Le Va, and Andre, and Judd, and the rest. If you can sustain such close looking in a gallery, and it's so rewarding with those guys, why would anyone ever want to switch off again outside? Maybe the lesson here is that everything should be scrutinized as art, or at least as potential art. I'm rambling. Thanks again for the photograph, I was surprised; a bit moved too. 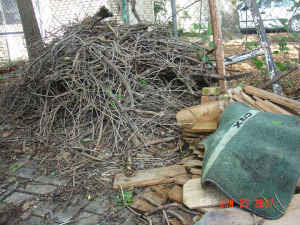 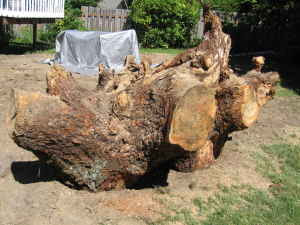 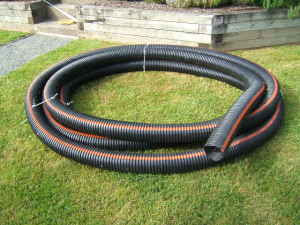 Displayed but not discussed: 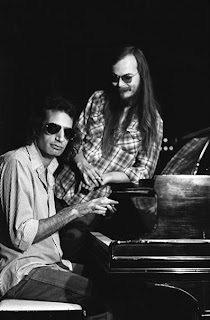 A young musician interrogates my taste at the counter:

YM: Some [musical] acts are just dealbreakers. If you like X, we're not gonna get along.

Another stock-picking game, God help us all. A slightly larger-cap and more broadly diversified version of its Canadian cousin. Exactly the same rules apply: "deep value investing," applied with all the focus I can muster. $100,000 USD of play money, cash earns no interest, transaction charges of $25 per buy and sell, odd lot charges ignored, dividends credited to cash as they're received. I may or may not hold some of these securities in real life. One position -- easy to figure out -- is held more for sentimental reasons than for any faith in the business' day-to-day results. The goal is to outperform the S&P 500 Index on a rolling three year basis, ie., to make more money than you could by investing in a fund that passively mimicks the index's performance. 3 month reports on performance, good bad or indifferent. And no, Berkshire Hathaway didn't make the final cut. 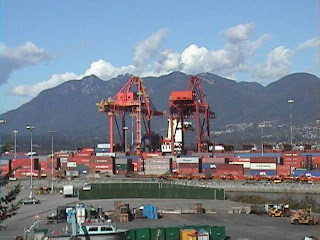 Proposal For a Novel By William Gibson

"In his attempt to get over, he's not so much dropped hints as played mysterious."
- posted by cjb @ 3:44 PM

MISERABLE OLD BITCH [of plastic rat family in the window, white rat, black rat, and tiny baby grey rat, all gifts from customers and much-beloved by staff and neighborhood kids]: What are these?

MOB: I can see that! It's disgusting! I won't be shopping here! 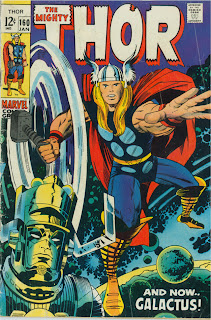 Dru calls on his cellphone from somewhere on a North Shore trail to relay the following:

To Brad Bird's Ratatouille. "A critic should be a friend of the new." An almost flawless popular entertainment, complete with obligatory Pixar short, pulsing vibraphone-backed score and Peter O'Toole's Anton Ego, a monstrous food critic whose creaky old manual typewriter is shaped like a skull. Segments of the film (including a jolting descent through Paris' sewers, and an exterminator's window, illuminated by lightning and full of rat corpses and bottles of poison) made an end run around all my intellectually-based defenses and totally disarmed me. Think Bambi in the forest fire, or Snow White fleeing through that dark and grasping forest, or most of The Seventh Seal, and you won't be far off. Take someone you love, have loved, or still do, a favorite niece or nephew, the cute boy or girl who chatted you up last week at work, that shy face on the trail, or your favorite stuffed friend, and be happy.
- posted by cjb @ 10:49 AM 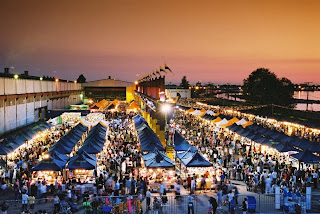 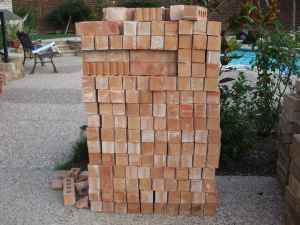 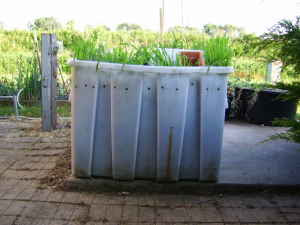 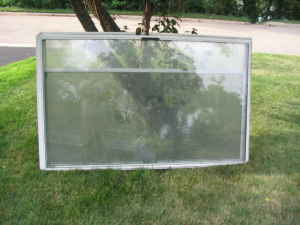 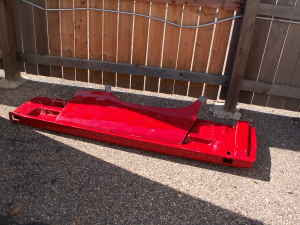