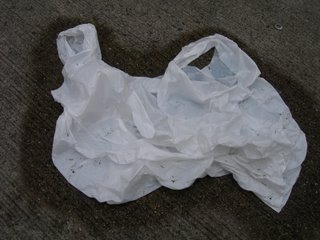 Five o'clock, the light slowly slipping away. Steely grey clouds, a cold brisk wind hurrying the cherry blossoms down off the trees. A ghost end-over-ending it high overhead, too fast and too distant to capture.

Fresh snow on the North Shore, white slopes piled one above the other, abruptly disappearing into mist. Snow-blind. How wildly blown flakes collapse sound and distance at less than half a dozen meters. 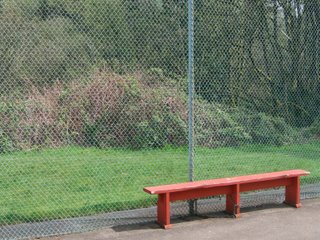 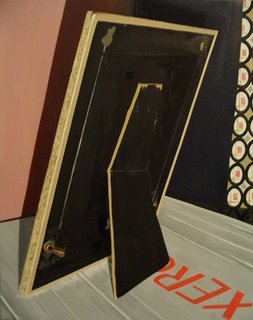 New paintings by Brad Phillips opening tonight at CSA Space above the bookstore (#5-2414 Main Street, Vancouver). Y'all come! Nice preview of the exhibition today in the Globe's BC arts supplement, Seven, with a text by Kevin Chong.
- posted by cjb @ 3:13 PM 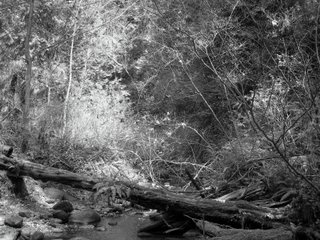 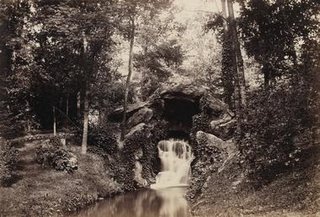 Charles Marville, View of the Small Grotto toward the Deer Pond, Bois de Boulogne, 1858. Collection of the Cleveland Museum of Art.

Sylvia Grace Borda, who knows more of photographic history than I ever will, points me to this image vis-a-vis all those pictures of Still Creek that keep cropping up here. 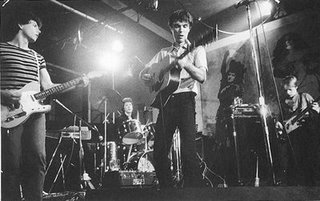 This Must Be The Place

Out of all those kinds of people
You got a face with a view
I'm just an animal looking for a home
Share the same space for a minute or two
And you love me till my heart stops
Love me till I'm dead
Eyes that light up,
Eyes look through you
Cover up the blank spots
Hit me on the head:
I got you...

Mr. David Byrne and companions, this live performance bringing back poignant memories of the midnight show at the old VanEast Cinema on Commercial Drive, the side window missing from my Honda Civic at 1:47 a.m., and the bits of safety glass I kept picking out of the back seat for weeks thereafter. 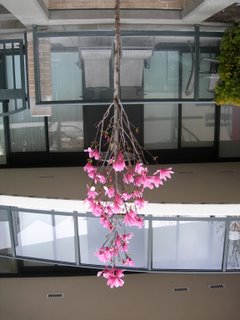 Rodney Graham: "Earlier on I was equally interested in becoming a writer. It was the openness of conceptual art and its incorporation of textual and theoretical elements that emerged during the first years of my university education that opened my eyes to various possibilities. I wanted not only to appropriate...works in an artistic context but to add to them - to interpolate myself into them - as a kind of performance."
- posted by cjb @ 7:55 PM 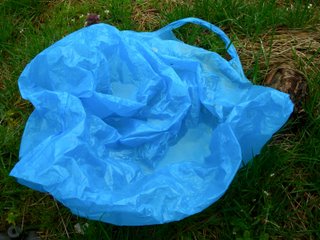 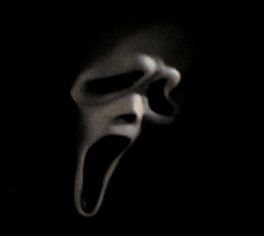 "By seeking to undermine the stable world constructed during the mirror stage, Spicer makes a passageway for the inhabitants of the lost Los Angeles to, like Eurydice, come up into the civic landscape.

America is a democracy where even the common man or woman supposedly has a vote—but what of the voiceless? The 'insane'? The dead? In his work, Jack Spicer troubles the democratic vista by creating virtual spaces where these disembodied Others, these non-coherent, non-unified beings, emerge to trouble and participate in the 'real.'"
- posted by cjb @ 9:45 AM
Monday, April 10, 2006

New long article by the New Yorker's Seymour M. Hersh, the best investigative reporter I know, on the Bush administration's clandestine plans to achieve "regime change" in Iran through a strategic bombing campaign. Anyone harboring doubts as to W.'s status as the most inept and dangerous US president of all time should pay close attention to Hersh's claims, bearing in mind that in the frenzied run-up to the invasion of Iraq, Hersh was repeatedly ridiculed by W.'s administration and the Pentagon's civilian leadership as a crackpot conspiracy theorist. But, as Gordon and Trainor's excellent, recently published Cobra II makes clear, Hersh's reporting was pretty much on the money.

"A government consultant with close ties to the civilian leadership in the Pentagon said that Bush was 'absolutely convinced that Iran is going to get the bomb' if it is not stopped. He said that the President believes that he must do 'what no Democrat or Republican, if elected in the future, would have the courage to do,' and 'that saving Iran is going to be his legacy.'

One former defense official, who still deals with sensitive issues for the Bush Administration, told me that the military planning was premised on a belief that 'a sustained bombing campaign in Iran will humiliate the religious leadership and lead the public to rise up and overthrow the government.' He added, 'I was shocked when I heard it, and asked myself, "What are they smoking?"'"
- posted by cjb @ 9:04 AM
Sunday, April 09, 2006 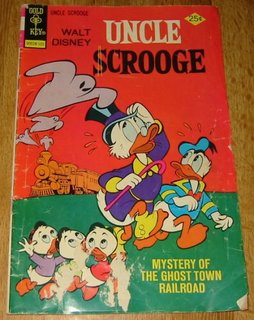 My favorite ghosts have always seemed a little cartoonish. Huey, Dewey, Louie, Donald and Scrooge meet some here (actually ravens in cages with white sheets draped over them) in Carl Barks' "Uncle Scrooge and the Ghost Town Railroad," the first comic book I remember reading as a child.
- posted by cjb @ 5:55 PM 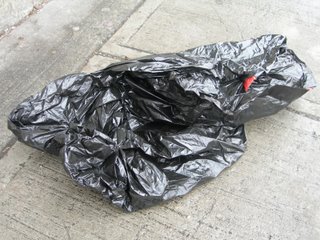