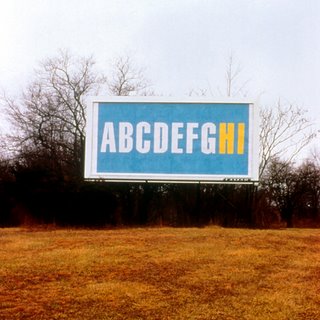 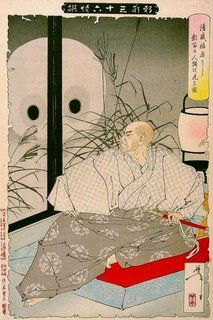 Adam Harrison and I were discussing the tendency among younger artists to "specialize," to identify themselves with a signature subject matter, form, or series. This tendency is great for developing and reinforcing a brand identity -- witness the commercial success of "shark guy," "dot guy," and "double-self portrait gal," among numerous other offenders -- but inimical to the thematic range one typically associates with great art. Brueghel, Hokusai, Manet, Richter, Wall, Velasquez, Graham, Sturtevant etc. range freely across subjects and themes. Their lack of thematic or subject-driven consistancy compels our attention.

I have always been drawn to the irrational and the fantastic, and their use (in Henry James; in Philip Dick; in Stanislaw Lem; in Brueghel; in M. John Harrison, Margaret Oliphant, H.P. Lovecraft, Dickens and Terry Gilliam) as a kind of allegorical realism, a way of dissecting and analyzing social conditions and relationships. I love Yoshitoshi's supernatural series -- eg., New Forms of Thirty-Six Ghosts (1889-92), whose surreal or spectacularly violent images exist alongside, and in tension with, his equally detailed studies of modern life. Such a methodology is much less common today, and where it does exist, as in the appalling work of Gregory Crewdson, it typically takes the form of a kind of symbolist kitsch, drained of any real critical use-value.

I think the fantastic's exhaustion in contemporary art is somehow connected to modernity's relentless disenchantment of the world. Photography has played a more than conspicuous role in this process. It's ironic that a medium once used to prop up the supernatural (Victorian fairy pictures; "ghost photography," ectoplasm studies) was soon employed in its liquidation (eg., the photo-based analysis and debunking of UFOs, Bigfoot, Ogopogo, the Loch Ness Monster, etc.).

I like how the photographs of my friend Evan Lee invert the hyper-rational conventions of "straight" photography, finding shy cartoon presences in landscape; in ginseng roots; in cardboard boxes and draftsmen's curves. I'm similarly moved by Yoshitoshi's prints and drawings. My Ghosts are attempts to make images which, while not as dramatic as Yoshitoshi's explosive lines or Evan's complexly arranged compositions, still suggest phantom presences lurking in and around modernity's edges.
- posted by cjb @ 7:18 PM 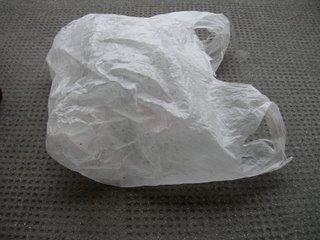 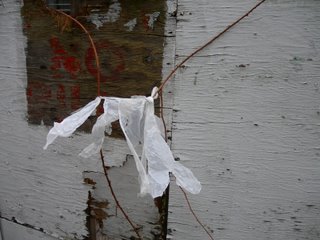 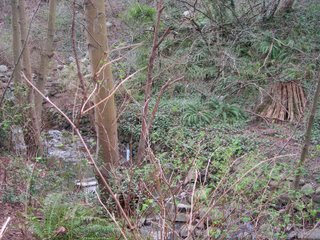 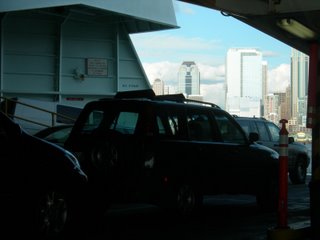 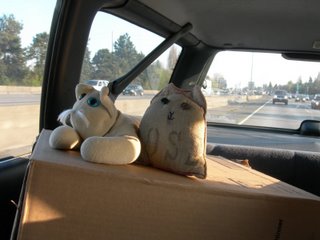 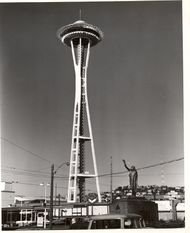 Off to the land of cheap, plentiful pocketbooks with the Legacy, the camera, and the Incredible Talking Cats in tow. Back Friday!
- posted by cjb @ 4:29 PM

Michael Hayward hops on board:

"I've been enjoying Anodyne as one of my regular stops in the blogosphere, and try to drop into one of your stores whenever I'm in either neighborhood. Since you're obviously a magnolia-phile I thought I'd draw your attention to one of the best manolia displays in the city. There's an entire grove of them at the entrance to Cates Park on the North Shore (Dollarton Highway as you're heading towards Deep Cove). They tend to be a bit behind the specimens in the southern parts of the city, so they're not yet at their peak. The North Vancouver District parks people usually plant daffodils or tulips as a roadside border in front of the magnolias, and these make a colourful underline to the trees themselves. Check them out if you can spare a sunny afternoon sometime in the next little while. If you miss them this year you'll have to wait for another twelve months...."
- posted by cjb @ 10:35 AM
Monday, April 03, 2006

Now you swear and kick and beg us
That you’re not a gamblin’ man
Then you find you’re back in Vegas
With a handle in your hand
Your black cards can make you money
So you hide them when you’re able
In the land of milk and honey
You must put them on the table...

"That's everything punk tried to kill," said John Tweed, briefly poking his head into the office.

Nice long article about the shop, and Main Street retail in general, in the new issue of BC Business magazine.

"Having been an employee at libraries and other bookstores, Brayshaw knew at an early age that he wanted to work for himself. He was drawn to the area because many of his artist friends lived there. 'And the small businesses I already saw in the area were operated by idiosyncratic, individual proprietors.' Pulpfiction stocks a wide selection of fiction as well as more esoteric titles, such as Russian science fiction and books on Vancouver photoconceptualism."
- posted by cjb @ 11:46 AM
Sunday, April 02, 2006 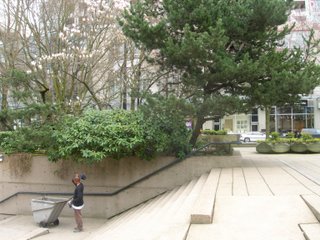