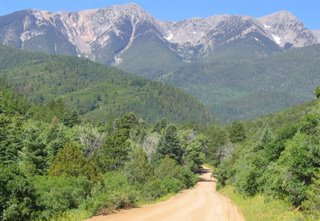 One and one-half wandering jews
Returned to their natural coasts
To resume old acquaintances, and
Step out occasionally, and
Speculate who has been damaged the most.

Easy time will determine if these consolations
Will be their reward:
The arc of a love affair
Waiting to be restored. 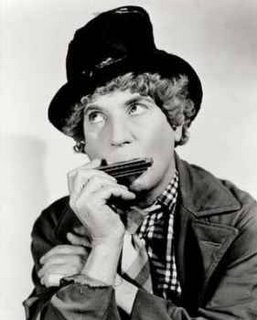 When Harpo Played His Harp
Words and music by Mr. Jonathan Richman

Do you remember what he would do sometimes
Before he played?
Well, he’d look up to the sky
And he’d look the angels’ way
Oh Harpo, Harpo, when you start, tears of joy inside my heart
When Harpo played his harp all was still, still.
- posted by cjb @ 9:45 PM
Friday, March 24, 2006 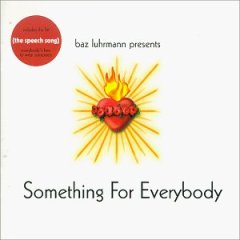 Baz Lurhmann -- his rambling sentimental symphonic 1999 hit Everyone's Free (To Wear Sunscreen) on the radio today as the Legacy and I headed east on Marine Way en route to an estate call, sun coming and going through rain showers.

Advice is a form of nostalgia...

Sun leaking under the edge of a cloud. The sense of the Legacy speaking directly to me:

Your choices are half chance...

" Artistic collaboration is a profoundly strange business. Do it right up to the hilt, as it were, and you and your partner will generate a third party, some thoroughly Other, and often one capable of things neither you nor the very reasonable gentleman seated opposite would even begin to consider. 'Who,' asks one of those disembodied voices in Mr. Burroughs' multi-level scrapbooks, 'is the Third who walks beside us?' My theory, such as it is, about Walter Becker and Donald Fagen, is that their Third, their Other, Mistah Steely Dan hisself, proved so problematic an entity for the both of them, so seductive and determined a swirl of extoplasm, that they opted to stay the hell away from him for twenty years.

He continues on, of course, in the atemporal reaches of electronic popular culture, and I have often raised an eyebrow at hearing him sing, as I push a cart down some Safeway aisle, of the spiritual complexities induced by the admixture of Cuervo Gold, cocaine, and nineteen-year-old girls (in the hands of a man of shall we say a certain age). At which point I look around Frozen Foods and wonder: 'Is anyone else hearing this?' Do the people who program these supermarket background tapes have any idea what this song is actually about? On this basis alone I have always maintained that Steely Dan's music was, has been and remains among the most genuinely subversive ouevres in late 20th-century pop."

[For "Safeway," read Corporate Thrift Store, on whose in-house sound system, today, in three different locations, I heard (in order) What A Shame About Me, Babylon Sisters, and, finally, IGY] 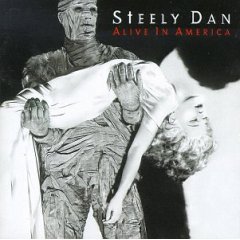 "Steely Dan's songs are mostly about addictive behavior - drinking, drugging, gambling, prostitution, and jazz. As a rule, I don't enjoy depressing music, but I'll take ironic realism over unfounded optimism any day. And when it comes to irony, Steely Dan delivers. These lyrics should be circulating in political pamphlets, or at least set to some sort of angst-ridden noise. Instead, they are couched in infective jazz pop tunes, many of which evince such a sparkling transcendent lightness as to be almost unbearable. These tunes are themselves a drug. Such musical eloquence coupled with such scalding cultural criticism and unapologetic narrative obscurity makes for one danged subversive listening experience."
- posted by cjb @ 10:59 PM 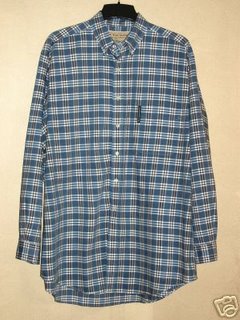 In Chilliwack at dru's, poaching wireless internet access from the downstairs condo neighbor and preparing to depart for two days of paperback buying in the USA at the crack of dawn. Back Friday!
- posted by cjb @ 9:32 PM
Monday, March 20, 2006

Issue #5 of Doppelganger magazine, including a lengthy interview with photographer Stephen Shore conducted by yours truly, and a Shore portfolio.
- posted by cjb @ 6:36 PM

Robert Charles Wilson's A Bridge of Years (1991), the best science fiction book I've read in 2006. No idea why it's taken as long as it has for me to get around to former Vancouver & Nanaimo resident RCW's smart, stylish prose; I think that I have always subliminally confused him with mediocre Canadian SF novelist Robert Sawyer, best known for his trilogy about dinosaur astronauts, of which the less said the better.

Bridge is best summarized as James Cameron's Terminator as rewritten by Stephen King and Philip K. Dick. I'm aware of how ridiculous and sound-bitey this sounds, but in this case the description is both accurate and appropriate.

"During the hot afternoons Tom achieved a sort of Zen quiescence, as if he was surveying all this bustle from a hot-air balloon. Abstractly, he understood that he needed this job to eat; but he could coast awhile even if he lost it, and there were other jobs. Above all, there was an impossible tunnel hidden behind the sheetrock in his basement; his home was full of gemlike creatures the size of his thumb; his bloodstream carried benign microscopic robots and his TV had begun to talk to him. In the face of which, it was extremely difficult not to smile cheerfully and suggest some alternative ways of disposing of that troublesome '76 Coronet."

"It was hard to navigate coherently. He walked in a daze, blinded by the miraculous. The most prosaic object -- a woman's hat in a milliner's window, a billboard, a chromium hood ornament -- would suddenly capture his attention. They were tokens of the commutation of time, bodies risen from the grave. He could not say which was stranger, his own numbing awareness of the transience of these things or the nonchalance of the people he passed -- people for whom this was merely the present, solid as houses."

I admire Wilson's simple, straightforward prose, and the sympathy with which he treats even his most appalling characters, like the half-man, half-machine soldier from the future, Billy Gargullo, who stalks through the book's latter chapters in his shining power armour: "like cloth, quite golden, rigid only when impacted at high velocity. Bulging here and there with instrumentation, power packs, processing units."
- posted by cjb @ 3:38 PM

A wooden table is chockablock with fruit, cheese, and a glass of wine. To one side is a dead rabbit, a dead pheasant, and a dead eel. And you’re thinking, Thanks for the fruit, but, man, take better care of your pets."
- posted by cjb @ 3:29 PM