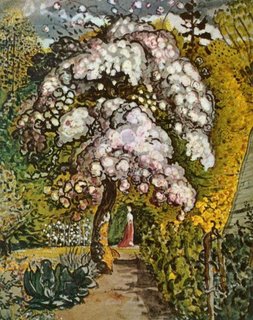 Making pictures of flowers, even those on private property, provides loads of camera-club style verbal outs:

[CJB conspicuous in the middle of a vacant lot on Point Grey Road. The lot's owner unexpectedly materializes in an expensive late-model SUV and executes a slow circle around the startled photographer]

CJB: Just taking a snapshot of this tree.

SPO: Why is there only one picture of my tree, and sixteen-odd pictures of logging slash and construction debris? 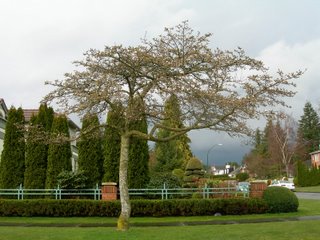 What's up with all the magnolias?

An ancient genus of flowering trees. Magnolias predate bees! I like their strange bullet-shaped flowers, the best of which remind me of 1930s lamps. A tree that lays Art Deco bulbs!

Early flowering plants call attention to themselves in spring; all that pink and white froth is like turning a spotlight on a thing which, for the remaining 11 1/2 months of the year, disappears from view. Think of Carrie White arriving at her high school prom, or the scent of Proust's madeline. Latency.

I wanted to make a picture of a young tree that was still getting used to flowering. I found it on 8th Avenue in New Westminster, on a walk with my friend and bookseller colleague John Preston, and made its portrait over three consecutive days (A Young Magnolia in Spring, March 14). I like that its flowers are present, but unopened. When they are it will be a very different-looking tree. But I prefer to remember it this way, slowly changing from one thing into another.

The plan is to make four to six images of magnolias over the next week to ten days, and to collect them as a portfolio, a sequence of trees. Though as I hope is evident from today's pictures, the photographs are only nominally about the trees they depict, and more about flowering in place, under pressure.
- posted by cjb @ 11:13 PM 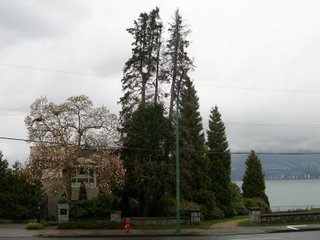 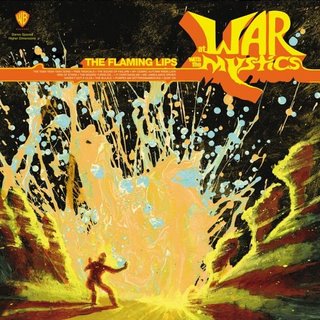 Coming soon! John Tweed dropped off a CD-R last week of "rough" studio demos: fuzzy guitar, Wayne yowling, not much else. Where, I wondered, did all the Atari noises and the strings get to? Not far, apparently. ("Finished" evidence courtesy Tolagson and Unnamed Illicit Audio Trading Site).

Q: Why are you posting at 9:35am? Aren't you supposed to be in Squamish today? 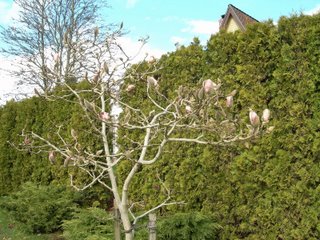 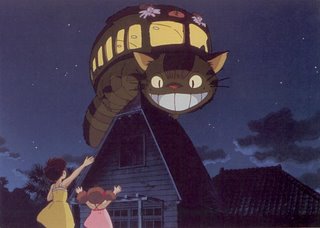 "A vast, ghostly cat-thing descends on New York City, bestowing on its citizens a kind of rapture."

Morph The Cat
Words and music by Donald Fagen

Like you heard an Arlen tune
Or bought yourself a crazy hat
Like you had a mango cooler
Ooh -- Morph the Cat!

Blessed Yankees have an ally
When this feline comes to bat
Bringing joy to old Manhattan
All watch the skies for Morph the Cat
- posted by cjb @ 8:42 PM
Monday, March 13, 2006 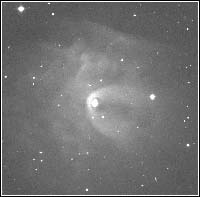 "There is a predjudice imposed on us by our brief window of consciousness: things that move are alive; things that don't are dead. The living worm twines under the dead and static rock. Stars and planets move, but only according to the inert laws of gravitation: a stone may fall but is not alive, and orbital motion is only the same falling indefinitely prolonged.

But extend our mayfly existence, as the Hypotheticals had, and the distinction blurs. Stars are born, live, die, and bequeath their elementary ashes to newer stars. The sum of their various motions is not simple but unimaginably complex, a dance of attraction and velocity, beautiful but frightening. Frightening because, like an earthquake, the writhing stars make mutable what ought to be solid. Frightening because our deepest organic secrets, our couplings and our messy acts of reproduction, turn out not to be secrets after all: the stars are also bleeding and laboring."
- posted by cjb @ 11:30 PM 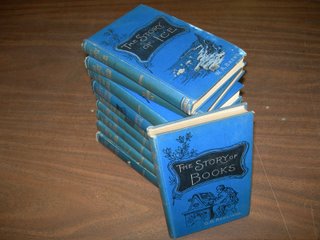 Little blue books, from an estate collection we bought last week. "The Library of Useful Stories," c.1901. Including such fine titles as, The Story of a Grain of Wheat, The Story of Ice (pictured), and The Story of the Wanderings of the Atoms. I suspect the titles are more impressive than the actual fact-content, but still....
- posted by cjb @ 3:01 PM
Sunday, March 12, 2006 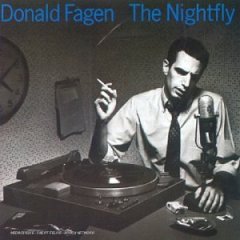 You'd never believe it
But once there was a time
When love was in my life
I sometimes wonder
What happened to that flame
The answer's still the same
It was you, it was you
Tonight you're still on my mind

An independent station WJAZ
With jazz and conversation
From the foot of Mt. Belzoni
Sweet music
Tonight the night is mine
Late line 'til the sun
Comes through the skylight
- posted by cjb @ 8:49 PM

My pal Steve refers me to Applianceadvisor.com, the self-proclaimed "electronic fishwrap of the applicance industry." I love trade journals, especially muckraking ones with a good sense of humor.

In related story, 700 families in Webster City, IA are kicked to curb.

An $100 million factory for laundry products should be in full operation by the end of 2007, replacing a big chunk of a factory already in existence in Webster City, IA.

What will 700 workers do without work in Webster City? That wasn't in the press release.

'Front-load washers and companion dryers are a high-growth segment of the North American market, and the Webster City factory doesn't have the capacity needed to meet anticipated demand.'

No space to expand in Iowa?

Wouldn't it be nice to see an honest press release such as:

'We attempted in good faith to negotiate with our Webster City workers, now paid $18/hour, by offering them the more globally competitive $20/day, but they refused. Obviously the choice was theirs.'