William Gibson's "My Obsession" turns out to be available in cyberspace.
- posted by cjb @ 8:18 PM

Someone writes to request a list of my five favorite books of all time. I'm not Oprah, this isn't my book club, and I'm not that big on answering questionaires in the first place, but here goes. Particularly significant titles in red. (Altered overnight after some additional thought). If I had to pick one of these, it'd have to be Dick's A Scanner Darkly. This book is pitch-perfect; its unique blend of classical tragedy, jet-black humor, and stylistic shifts through several different points of view are like nothing else I've ever read.

Other titles on the list are things that exerted an enormous hold over me at certain points in my life, which I haven't returned to lately (Burroughs, Pynchon, Lowry). There are also some omissions that can only be explained by the weird ways I've assimilated certain authors' work. I have never actually finished a book by Henry Green, but I have no problem citing him as a major influence, based on individual paragraphs in Living and Back, and John Updike's enormously useful "Introduction" in a Penguin 3-in-1. Like Christopher Dewdney says, "Certain people seem to stand behind one." So, shout outs to all the other names and titles in the shadows: Dhalgren, Pylon, supernatural Margaret Oliphant, Ulysses, early Stephen King, Falling Angel, Kerrisdale Elegies, John Donne, & etc.

Kem Nunn, The Dogs of Winter

Russell Hoban, Turtle Diary and The Mouse and His Child (ill. Lillian Hoban)

Paul Auster, The Invention of Solitude

I have read all these titles repeatedly, some as many as twenty times (Buffett, Scanner, Gravity's Rainbow). Expanding the list to include short fiction and non-fiction would generate the following additions:

William Gibson, "Fragments of a Hologram Rose," "Hinterlands," "The Winter Market," "My Obsession."

Alice Munro, "The Bear Came Over the Mountain."

Malcolm Lowry, "The Bravest Boat," "Through the Panama," "The Forest Path to the Spring."

Philip K. Dick, "I Hope I Shall Arrive Soon," "How to Build a Universe That Doesn't Fall Apart Two Days Later."

H.P. Lovecraft, "At the Mountains of Madness."

Warren Buffett, "The Superinvestors of Graham and Doddsville." 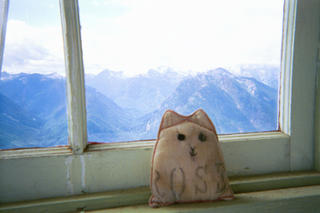 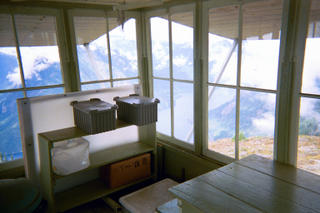 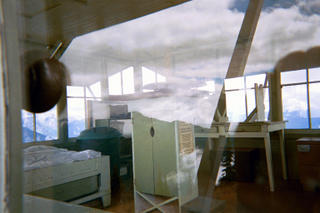 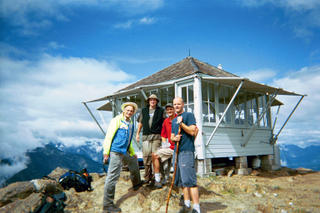 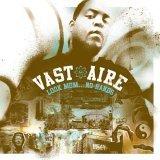 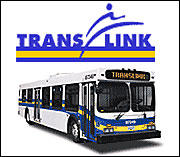 Home to the apartment.

Off to Safeway for a disposable camera.

As I emerge from Safeway, the 9 Boundary sits idling across the road.

"I'll be responsible and not bolt across four lanes of traffic in the dark," I reason. "Plus the B-Line [express] bus should be along any second. So I'll be safe and at the shop that much more quickly."

[19 minute wait for hypothetically "once every 12 minutes" service]

The B-Line driver then proceeds to drive as if his bus is actually a big Yellow Cab: 30 miles an hour or slower, plus a stop at every light.

In front of the Dennys just east of Granville, someone throws a stone the size of a baseball through the bus' side window, showering glass over half a dozen passengers and narrowly grazing one startled guy's head.

[10 minutes' worth of instant replay between passengers, supervisor and security] 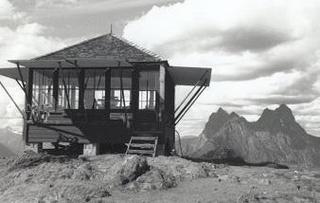 Sleeping overnight at the store, then leaving at 4:50am to go do something I've wanted to do for twenty-odd years: climb Desolation Peak, in the North Cascades. Jack Kerouac spent the summer of 1956 on the summit as a fire lookout, an experience he movingly recounts in his novels The Dharma Bums and Desolation Angels. "Desolation in Solitude," the first 70-odd page section of Angels, is a mini-epic, striking themes sounded elsewhere in his work with even greater clarity and humor:

"Those afternoons, those lazy afternoons, when I used to sit, or lie down, on Desolation Peak, sometimes on the alpine grass, hundreds of miles of snowcovered rock all around, looming Mount Hozomeen on my north, vast snowy Jack to the south, the encharmed picture of the lake below to the west and the snowy hump of Mt. Baker beyond, and to the east the rilled and ridged monstrosities humping to the Cascade Ridge, and after that first time suddenly realizing 'It's me that's changed and done all this and come and gone and complained and hurt and joyed and yelled, not the Void. . . .'"

My artist/mountaineer friend Arnold Shives is driving us out to Ross Lake, where we'll catch a motorized barge down the lake to the trailhead. After that, it's your typical Team Cat outing: over 1300m of relentless elevation gain to the summit and the fire lookout, originally built in 1933.

(Desolation Peak lookout photograph by Pete Hoffman, from his terrific Desolation Peak webpage. There are other views of the summit on the Web, but Pete's looks most like the one I've imagined ever since reading Desolation Angels in my teens).
- posted by cjb @ 7:44 PM
Sunday, August 21, 2005 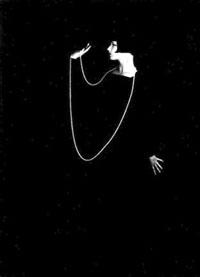 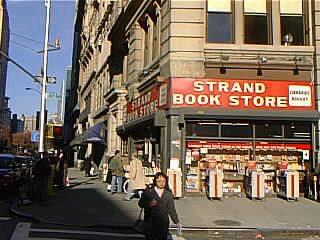 Mr. John Tweed made me a 74-minute Steely Dan mix for the shop including a lovely live version of What a Shame About Me, its lyrics in my head tonight for any number of reasons:

I was grinding through my day gig
Stackin' cutouts at the Strand
When in walks Franny from NYU
We were quite an item back then
We talked about her films and shows and CDs
And I don't know what else
She said, yeah, Hollywood's been good to me
But tell me - how about yourself

CHORUS:
I'm still working on that novel
But I'm just about to quit
'Cause I'm worrying about the future now
Or maybe this is it
It's not all that I thought it would be
What a shame about me

She said, talk to me, do you ever see
Anybody else from our old crew
Bobby Dakine won the Bunsen Prize
Now he's coming out with something new
Alan owns a chain of Steamer Heavens
And Barry is the software king
And somebody told me in the early 80's
You were gonna be the Next Big Thing

CHORUS:
Well now that was just a rumor
But I guess I'm doin' fine
Three weeks out of the rehab
Living one day at a time
Sneaking up on the new century
What a shame about me

We both ran out of small talk
The connection seemed to go dead
I was about to say, hey, have a nice life
When she touched my hand and said:
You know I just had this great idea
This could be very cool
Why don't we grab a cab to my hotel
And make believe we're back at our old school

"The following books are being offered for sale and wil be available until sold or removed from my inventory. Please feel free to call me at 604.XXX.XXXX if you have a query. For a nominal fee of $2 dollars and without a commitment to purchase, the book(s) will be brought to your store to be examined." (my italics)

• His Holiness Pope John Paul II (A Celebration of His Visit)

• Crossing The Threshold of Hope, by Pope John Paul II