"Hedley now...Merritt...the blue shaft of Lake Skaha!...With one white hovecraft like a water-doomed butterfly. The hills opposite are mimicking a glyptodon. Peachland. Clear, black silhouette against the silver bright sky. Kelowna, under that faint moon, and clouds playing 'pterydactyls'...ahead, the silver span of a bridge. Moth..."

"Do you have any books on carnivorous trees?" 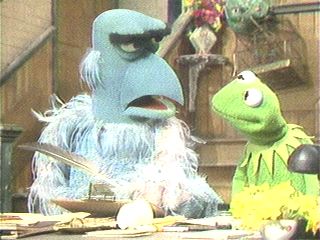 "'Lyndon was always in a position of command,' he says. 'I never felt equal. Ordinarily, I'm aggressive and beligerent. My nature is such that if I can't be an equal, I will not remain in a situation, and he was so demanding that -- well, you lose your individuality if you allow someone to be too demanding for too long.'"

Reading this on the ferry, I sat bolt-upright; it felt like some very sophisticated form of psychic radar was crawling around inside my head. 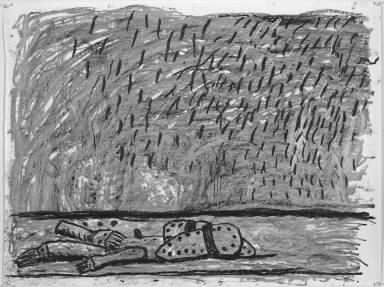 I took the express bus to Horseshoe Bay, bought what I thought was a ticket for the 1pm sailing to Nanaimo at 12:58pm, and ran the length of the elevated gangway to the empty departure lounge.

Next sailing, 3pm, said the schedule in the locked glass cabinet.

Out into Horseshoe Bay, rain falling steadily now. I went into Troll's for lunch, the local fish-and-chip fixture. There were very few people out on Horseshoe Bay's streets, and even fewer in the local stores, but Troll's was jammed with people my parents' age and older. I was the only person on my own, and the only person reading (Anthony Caro, The Path to Power, volume 1 of his Lyndon Johnson memoirs, which I'd bought earlier that morning along with a Nanaimo map in a downtown bookstore).

The young waitress tried to talk the American couple beside me out of going to Bowen Island.

"There's a garage where you can leave your car," she said. "And on a sunny day, yeah, sure, I'd say go. But today?" She gestured at the empty, rainswept street outside, at Howe Sound, which, beyond the ferry dock, simply vanished into grey mist. "There's nothing there," she said. "I mean, there's trails and things--" But the Americans were shaking their heads.

An hour in the departure lounge, Caro and the Times.

An hour and a half on the ferry. Grey ocean, light chop, low grey clouds hovering just above the water.

Into Departure Bay at twenty to five. Clouds gathering overhead, the day drawing down. Grey mist in the air, promising rain to come.

Waiting for the city bus that never arrived.

Hiking back to Departure Bay in steady rain. Mushroom gardens at the side of the road!

Rain spitting down from aluminum sky.

Off on a BC Ferry, with BC Ferry coffee and Harold Bloom's Map of Misreading. 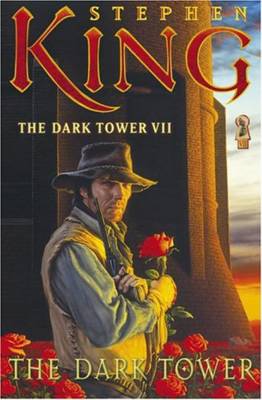 Slogged through all 800 pages of this freshly released doorstop today, just to find out how the almost fractally complex story I started in my early teens finally ends.

The Dark Tower is the kind of book that the thirteen- or fourteen- year old who started reading it would have been proud to write. It will probably make little or no sense to anyone who hasn't read most or all of King's other books. I have. Some tried my patience more than others. It's hard to reconcile the fabulously lucid prose of On Writing or The Dead Zone (or, for that matter, the terrific stories in the recent collection Everything's Eventual) with groaning, plot-driven wrecks like Insomnia or Gerald's Game. The Dark Tower novels up the patience-trying quotient by juxtaposing huge deserts of slobbery exposition and backstory with individually striking sentences and paragraphs.

"'I mean, my wife is in bad trouble somewhere up the line, for all I know she's being eaten alive by vampires or vampire bugs, and here I sit beside a country road with a guy whose most basic skill is shooting people, trying to work out how I'm going to start a fucking corporation!'"

you get a paragraph of plain clear writing:

"He climbed on without looking into any more of the rooms, without bothering to smell their aromas of the past. The stairwell narrowed until his shoulders nearly touched its curved stone sides. No songs now, unless the wind was a song, for he heard it soughing."

I like that second sentence a lot; it reminds me of the simplicity of a Shaker box. The sibillance of the repeated s-sounds, and the interplay of the hard c-sounds -- touched, curved -- forming a kind of counterpoint, or backbeat.

I'm glad I got to read these books, as uneven and overwritten as they mostly are. I don't know if I'll ever reread them, but I'm glad I made it all the way through once. And the last book's final pages really are cruel, and appropriate.

to everyone who voted Pulpfiction "Best Used Bookstore" in this year's Georgia Straight readers' poll. Results out on Thursday!

Emily Dickinson, for an afternoon of low fall light and masses of slowly rising clouds along the North Shore peaks:

There's a certain slant of light,
On winter afternoons
That oppresses, like the weight
Of cathedral tunes.

Heavenly hurt it gives us;
We can find no scar,
But internal difference
Where the meanings, are.

None may teach it anything,
'T is the seal, despair,
An imperial affliction
Sent us of the air.

When it comes, the landscape listens,
Shadows hold their breath;
When it goes, 'tis like the distance
On the look of death.
- posted by cjb @ 8:19 PM