Abe returned this afternoon from the Seattle public library sale with a carload of general stock and a loud and articulate diatribe about the ScoutPal, an "aid" to book scouting in much the same way that the Segway is an "aid" to walking. In both cases, the overbearing use of technology solves a problem that didn't exist in the first place.

ScoutPal, which I've seen on-line but never in the field, is a proprietory service that you log into on your Web-enabled cell phone, which tells you the selling price of used books on Amazon. So, if you're a dumb book scout, who doesn't know your trade, or just terminally lazy, you can stand at the library sale or the thrift store, punching ISBNs into your phone's keypad till your fingers cramp up.

ScoutPal now has a -- wait for it -- barcode scanning attachment that plugs into the end of your cellphone. Thus the goofy spectacle Abe described to me, of husband and wife teams grazing shelves of books like cattle, one partner turning books barcode-side up while the other partner zaps the book with their Scoutpal, like the checker-and-bagboy teams at the Super Valu down the street.

Here, as elsewhere in culture, technology and money enable a superficial amount of knowledge to be nominally "democratized," at the cost of the would-be scout's close examination of each book.

You learn a lot from handling individual volumes. When I worked at Book and Comic Emporium in the early 90s, I was always amazed by the way that Gavin, my friend and the store's manager, could accurately price books by picking them up and riffling through them. It was as if he was absorbing the book's specifics through his fingertips. I always thought this was an act put on to show me up as the amateur bookman I so obviously was, but lately, having caught myself doing the same thing unconsciously, usually in front of friends' bookshelves, I can only conclude that analysis-and-pricing by touch is a symptom of having spent serious time on the job, just as the practitioner of any trade, whether carpenter, plumber, mason or gardener, will eventually develop little job-related physical quirks.

The speed a professional bookman develops after years of handling books for eight to ten hours a day drives Internet and ebay sellers nuts. Case in point: the Reno public library sale in May. Confronted with several tables of science fiction pocket books, I started in, making piles. An Internet seller was studying me, his face getting redder and redder as he watched. Once I'd built a comfortable lead, I slowed down and watched how he went about choosing books. He'd pick a volume up and squint at it, turn it over and squint at the barcode, then maybe open it up and glance at the publication data. Then he'd pause for a secondwhile he thought it over, then move on to the next book. . . .In the meantime, I had cleared the science fiction section and was loading up my shopping cart. My competitor's face was beet-red; he looked like he was deciding to swing on me. He suspected a trick, or magic, or a technological shortcut, like an invisible ScoutPal.

No such thing exists, or ever will. In bookselling, as in most trades, hard work counts. Work out for fifteen minutes a day, and, in a year, you'll have muscles. Handle books ten hours a day for five years straight, and your very own invisible ScoutPal will appear -- in your fingertips, where it belongs.

My publishers -- some of them, at least. World HQ, way high above the I-5 up the Lake City Way NE exit, just north of downtown Seattle, really is as described. The first time I visited I thought I was walking into a crack den, though the cardboard Krazy Kat die-cut stand-up in the window was vaguely reassuring.

About 200 different titles extant, 25% or so with Gorey line drawings on their covers.

(To Langley yesterday, a nondescript Vancouver suburb, in John's AMC Concord, to trade several boxes of surplus paperbacks. Found lots of stuff for the store, and Anchor A165, Walter Jackson Bate's Prefaces to Criticism, for me, which would be interesting regardless of what format it was published in, but seems far more stylish with that distinctive Gorey handlettering on its cover) 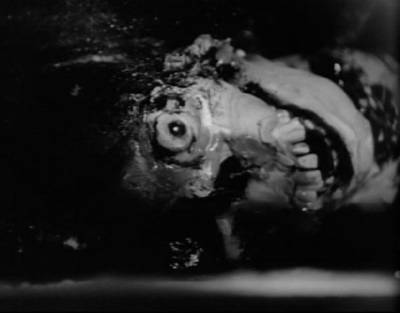 WARNING
DO NOT OPEN DOOR AFTER DUSK

I know this warning is meant to stop junkies wandering in in the evening, but the once-upon-a-time horror writer in me promptly imagined...something else.

Barista blocks the door open, levers a big cellophane bag of coffee grounds and empty paper cups through it, and thunks the bag down on the loading dock. Fog eddies in off the lane. The barista picks the bag back up, goes to heave it off the end of the dock into the trash compactor, and feels his foot snag on something. Glances down. A grey hand has come up over the lip of the dock and caught him by the ankle. Dull white bone protrudes through skin the color of boiled liver.

Shuffling footsteps draw near on all sides...

Soul Sides -- MP3 blog full of jazz and tasty funk. Not quite sure how I first found this -- Waxpoetics, maybe? -- but regardless, a daily favorite.

Full on fall storm this morning, first of the season, great grey gusts of rain and the lights occasionally flickering here at Main and Broadway.

Weekend residue stacked high in the aisles, 800-odd books that weren't filed away immediately, plus lots of stuff that was browsed and then abandoned.

Fantails of water from the traffic outside. 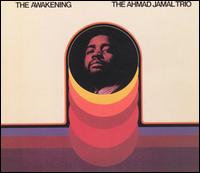 High repeat in the shop all weekend. Frequently derided by the emo-indie rock kid crowd as quintessential "bookstore jazz," but actually one of the most sublime jazz piano albums ever recorded. Great Oliver Nelson and Herbie Hancock covers, and a swinging rhythm section too.

Short essay for the exhibition of Mina Totino watercolor drawings I organized for 69 Pender. Impressive opening-night turnout, especially so considering the ark-building weather that prevailed outside all evening.

Mina refers to this text as "a bunch of little thought bubbles," which seems dead-on to me.