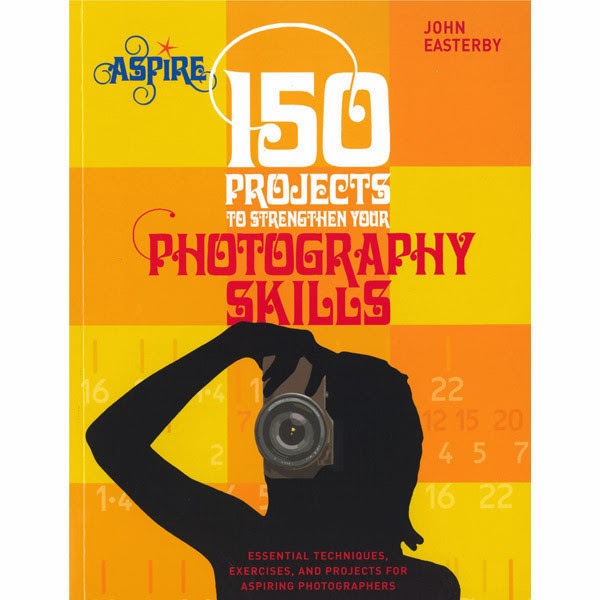 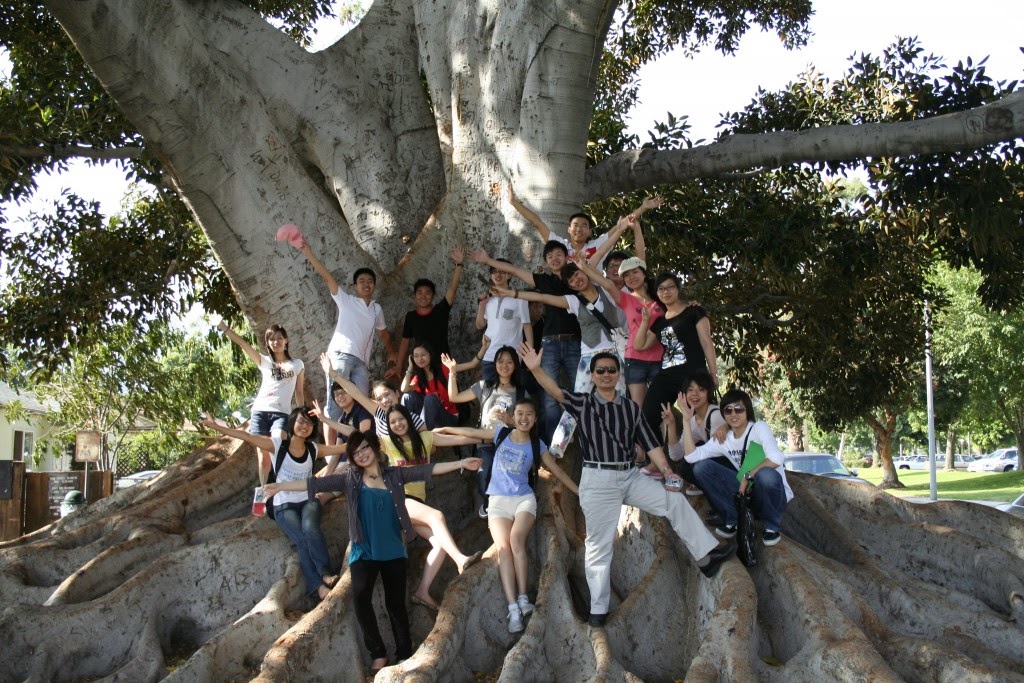 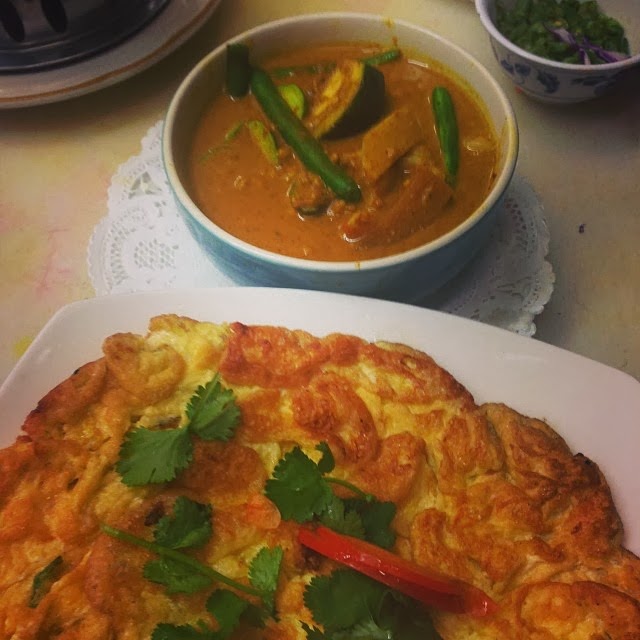 Coco tai pla. Jitlada, 5233 Sunset Boulevard, Los Angeles. Photo credit: Jitlada. A variation on Kaeng tai pla.  Not to everybody's taste, but certainly to mine.  Fermented fish entrails, plus a gadzillion South Asian vegetables, inc. Thai pumpkin, bamboo shoots, sataw beans & crunchy wild eggplants. A funky sweat-inducing mess served with rice & complimentary buttery omelet (foreground).  Part of a 300+ item "specialty menu."  Original Matt Groening drawings everywhere -- Homer with flames bursting out of his mouth, crying, "Khua kling beef!" -- strings of Christmas lights still up, one table of extreme food bros inspecting the special-special hardcore Food Network TV-host subsection of the menu (Sample: sauteed bull penis w/ dry curry), date night in the corner still stuck on the westernized Thai menu slapped up like a beard on the inexplicably weirder & more delicious stuff behind it.  Midway through my curry & Singha a warm sensation, not so different from a massage, spread out along my shoulders. The extreme bro food is more expensive and probably not as good.
- posted by cjb @ 10:54 PM

Resuming one of my many other lives this morning for ten days in the sunshine.

Surprised & pleased to find, in early middle age, something I'm good at, something that provides that flow state that evolutionary psychologists talk about, something that bridges & connects all those difficult parts of my personality.

& finally getting to see that Pasadena hedge, for the first time. 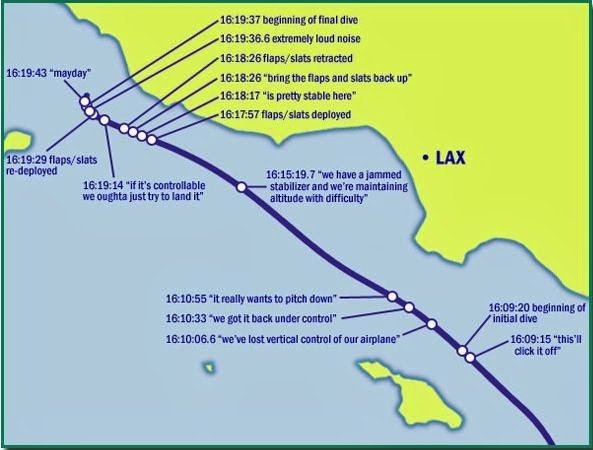 Folks we have had a flight control problem up front here we're workin it uh that's Los Angeles off to the right there that's where we're intending to go. We're pretty busy up here workin this situation I don't anticipate any big problems once we get a couple of sub systems on the line. But we will be going into LAX and I'd anticipate us parking there in about twenty to thirty minutes.
- posted by cjb @ 9:28 PM
Sunday, February 16, 2014

"A remix may also refer to a nonlinear reinterpretation of a given work or media other than audio, or a hybridizing process combining fragments of various works. The process of combining and recontextualizing will often produce unique results independent of the intentions and vision of the original designer/artist."
- posted by cjb @ 10:23 PM

Why does reading a book, which doesn’t award points to me for reading it, suddenly seem so unappealing?
- posted by cjb @ 3:59 PM
Saturday, February 15, 2014 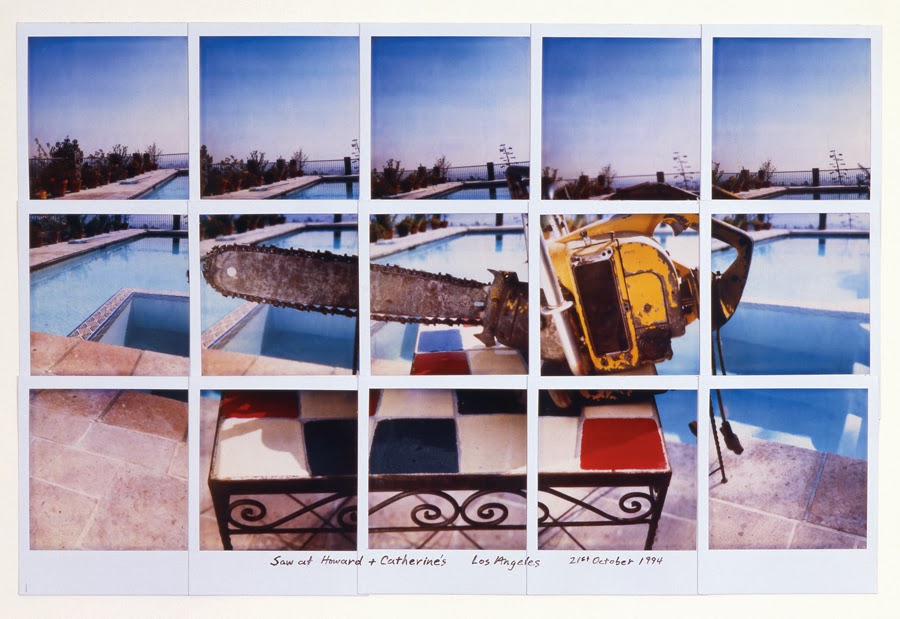 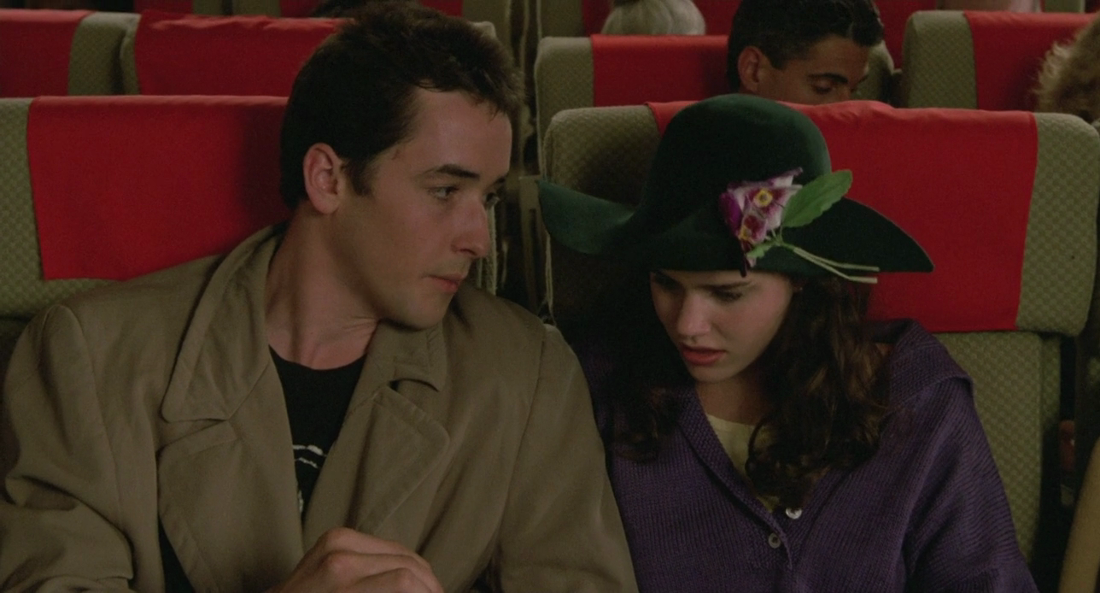 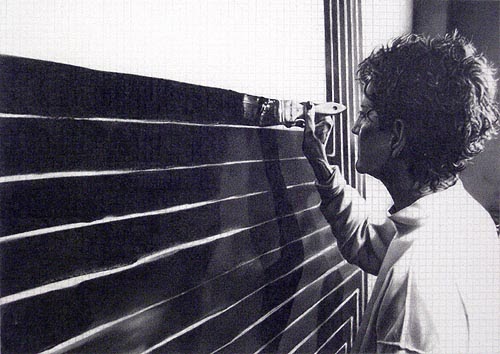 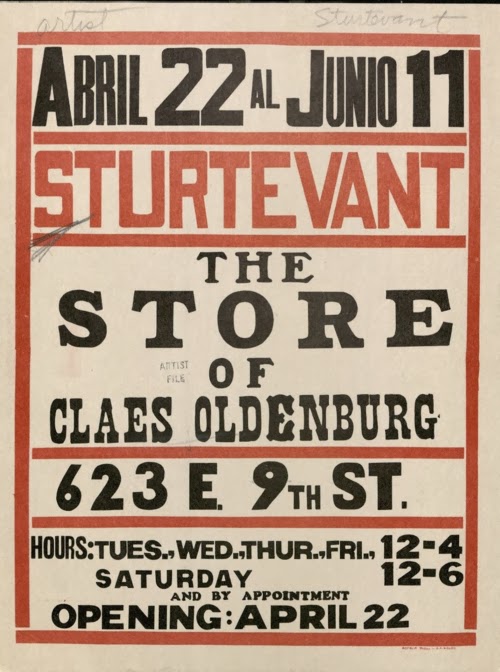 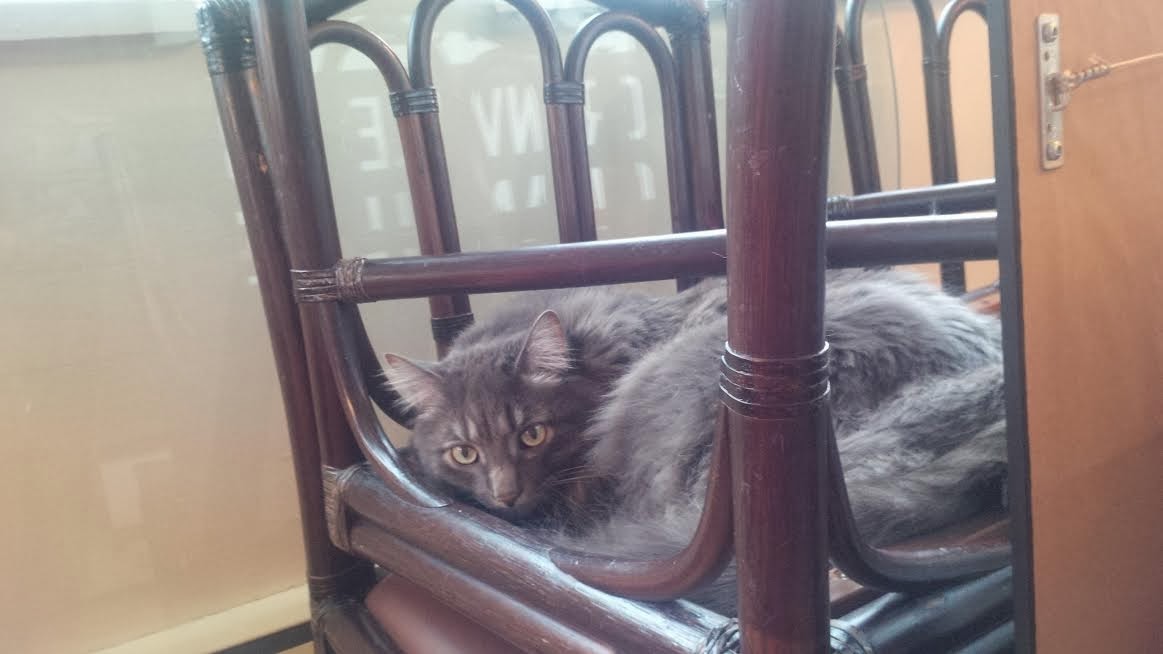 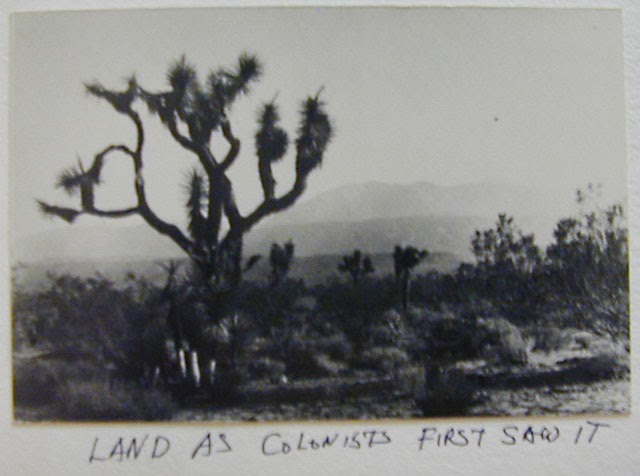 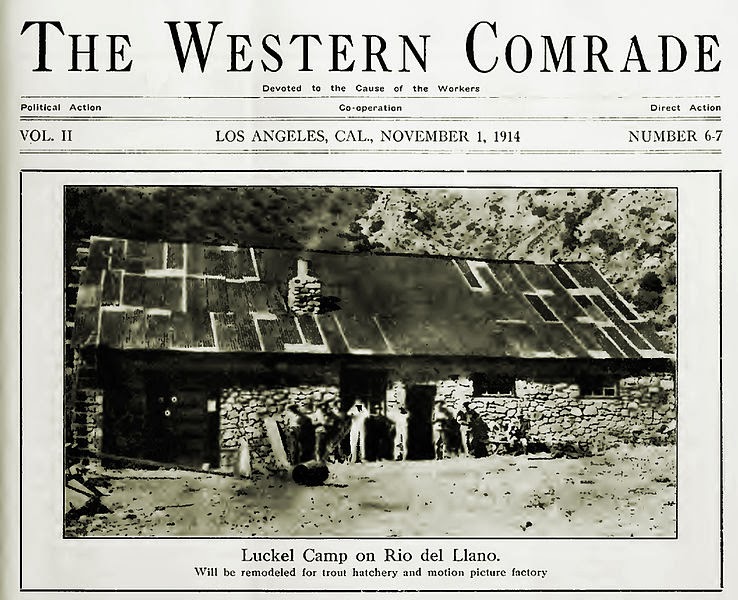 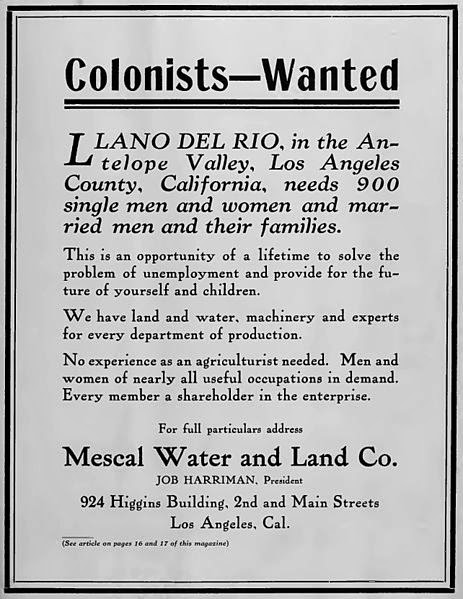 3.  Antelope Valley, a large collage of cut-and-pasted machine-printed photographs on paper honeycomb panel, which replicates the general appearance of #2, but uses diverse locations drawn from the vicinity of Hockney's own work (Lancaster / Palmdale / Lake Los Angeles).
- posted by cjb @ 9:14 AM
Saturday, February 08, 2014

Mirror, potted plant or model placed adjacent to any of the above and photographed.
- posted by cjb @ 5:10 AM
Wednesday, February 05, 2014 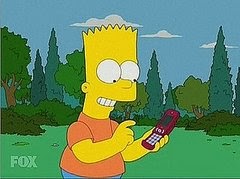 GIGGLING 14-YEAR-OLD BOY:  Do you have any books on...Adolf Hilter?  Sorry.  Hitler.

CJB [intuiting foolishness]:  Probably not.  Here's never been that big around here.

CJB:  I'd say the public library is a friend in your time of need.  Give 'em a call.

G14YOB:  BECAUSE HE FUCKED MY DAD IN THE ASS!  [Dissolves into hysterical laughter]

"[The] 'symbolic' form of art provides the case for 'romantic irony.'  It is 'romantic' because it acknowledges the history of art as representation and the subsequent pseudo-integrity of meaning and configuration.  It is 'ironic' because its aims are substantial not subjective.  It seeks to draw attention to substance by playing with the conventions of representation in order to undermine them, to reveal the real divorce between meaning and configuration.  The result is a form of art which is not pleasing, not ideal, but which is severe in the attempt to rebel against dominant assimilation.  This is the kind of argument which was taken up again in the twentieth century debates over expressionism and post-expressionism.  Thomas Mann, for example, called his use of irony 'the severe style.'"
- posted by cjb @ 9:43 PM
Sunday, February 02, 2014 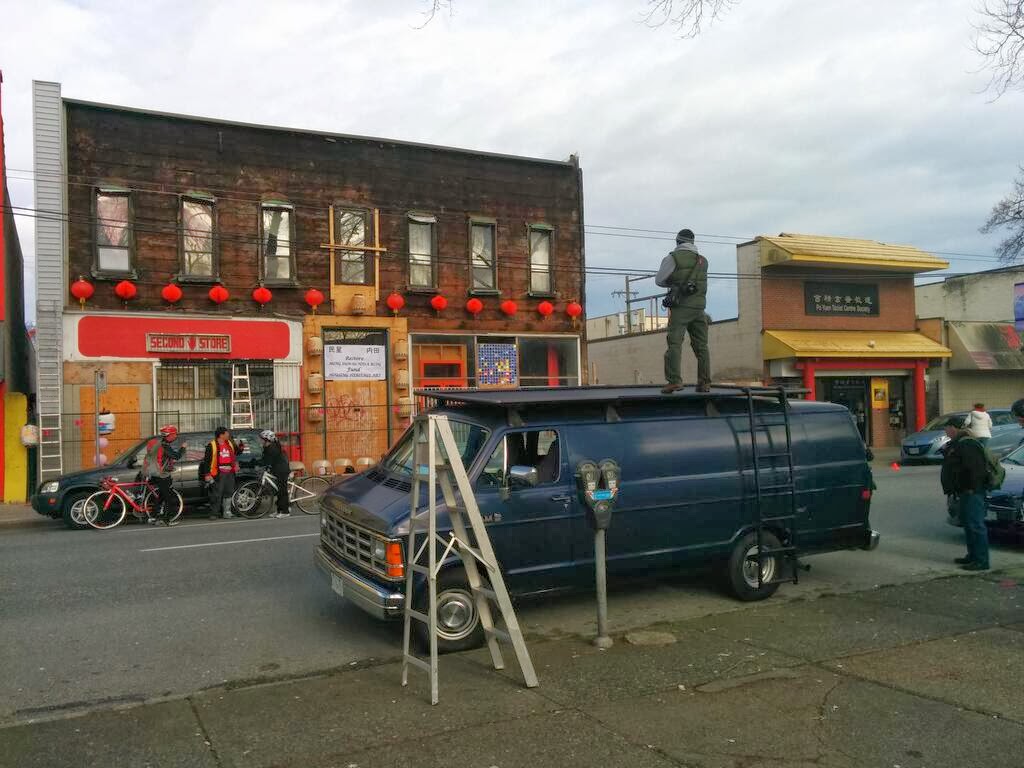 The petite bourgeoisie and their children, bonding over coffee & Sysco eggs.
- posted by cjb @ 12:35 PM

We Think There is a Book Here For You!

Walking to work through grey dawn, snow-sky, pink light leaking in at the horizon.

A construction worker heads on-shift, tool belt shifting and jangling as he walks, half a block ahead of me.  He's snacking from a little paper sack of whole-shell peanuts.  Every crow in the neighborhood drifts along with him in a noisy black flapping cloud.  Now and again he tosses a handful of nuts out in a wide arc and the crow army diverts from him to fall, squabbling, into the road to dispute the spoils.  Some crows get nuts. Most don't.

Crow #2 shows no outward sign of alarm, but shifts its tasty booty around to anchor it more deeply in its beak.