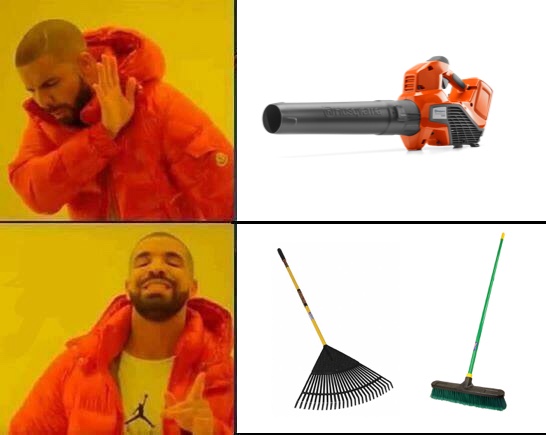 I feel that much of what I have learned about photography since 2005 is present in three specific aspects of the image below:

2. The use of the slightly projecting & definitely not flush with the picture plane bamboo diagonal to frame the composition like a pair of outstretched arms;

3. & following from #2, the weathered wood table at right & the fragments of light along the image's left hand edge.

A younger me would have squared the watering-can rack up precisely with the picture plane, so that the arc of its frame formed the peak of the composition, & the plastic jugs seemed to protrude into the viewer's own space. I would have also cropped aggressively, so that the flat crosshatch pattern of the wood-slat lattice would echo the flatness of the rack's appearance of being pasted onto the picture plane, like a paper print against transmounting plexiglass.  This would have resulted in a very stiff composition governed by my thinking about modernist abstraction, & not the natural arrangement of the objects pictured, whose spatial interrelationships, observed by me, define the image's boundaries.
- posted by cjb @ 8:29 AM 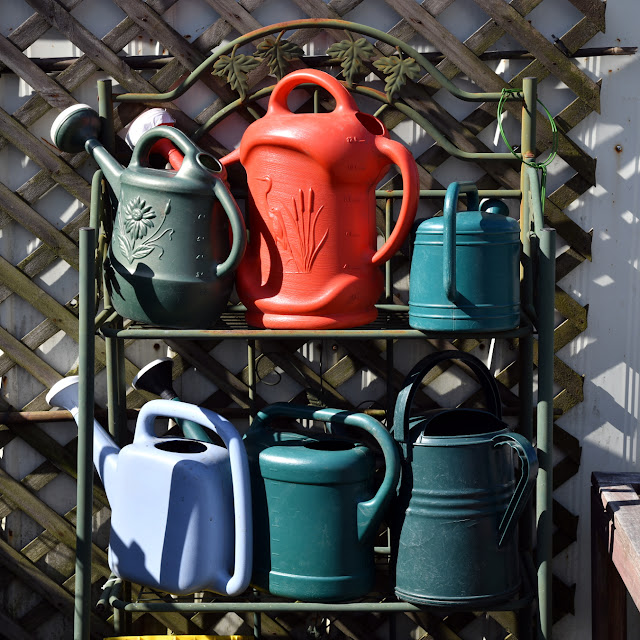 Garden tools. Meanwhile, other photographers are being shot in the face.
- posted by cjb @ 8:06 AM